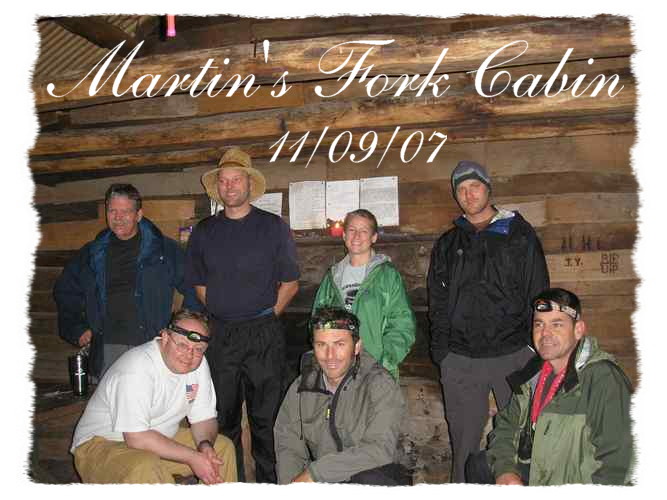 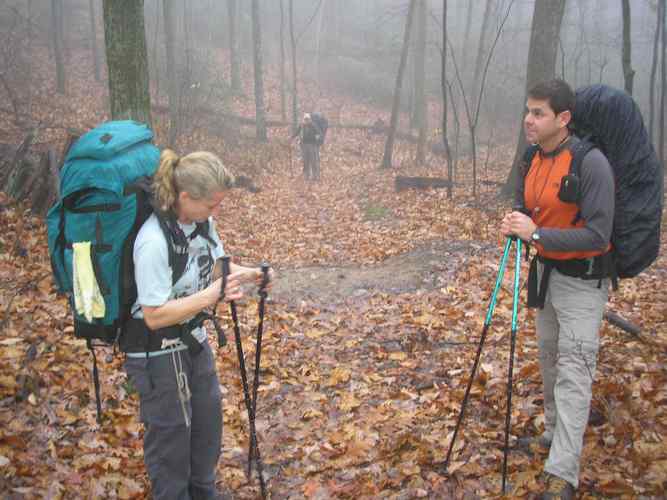 Dave joins the No moustache club. 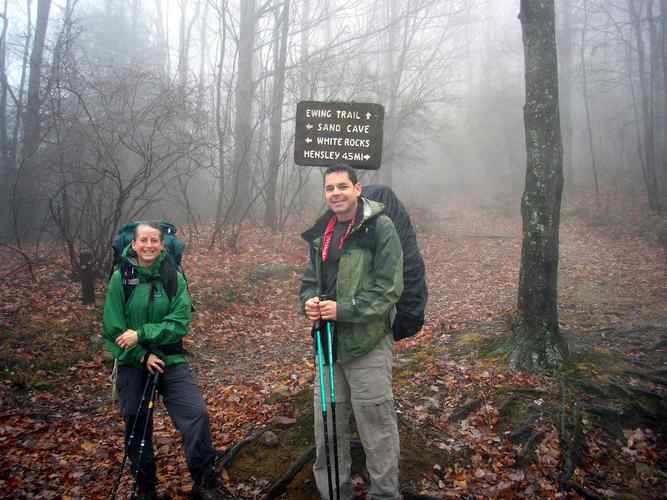 He notices that more rain drips into his mouth without the fuzz. 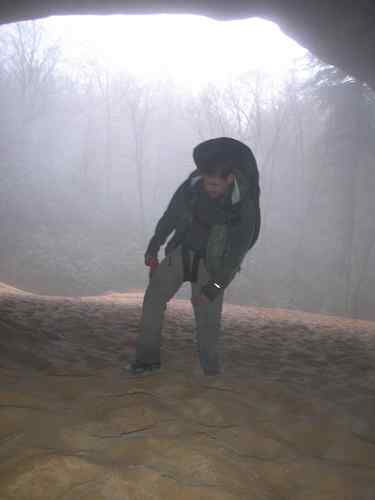 Here is a full on Cave lover.  The Sand Caver.  He knows all about sand. 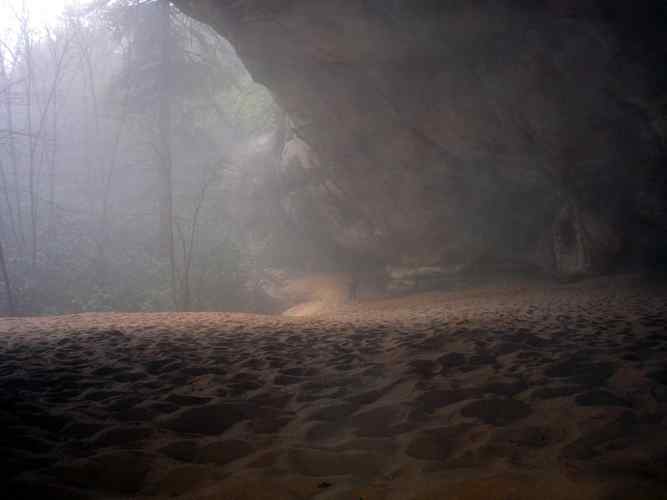 Jerky Mike works his way to the top. 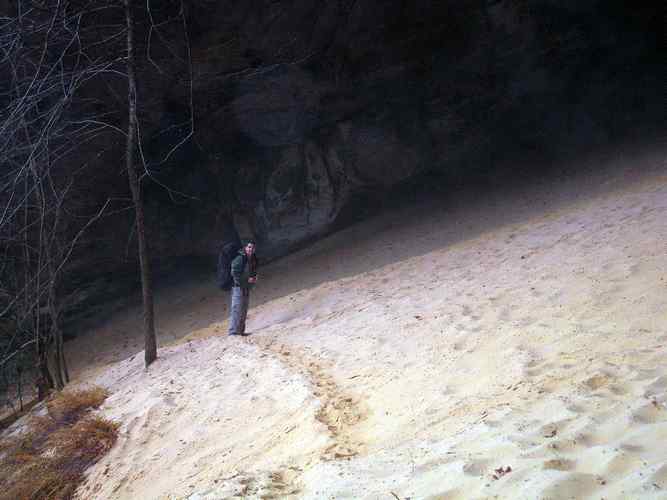 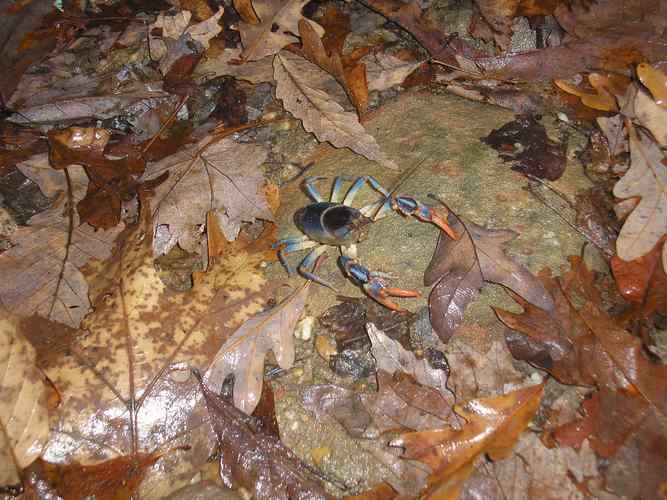 I don't think he was on the fast track to the cave so we helped him a bit. 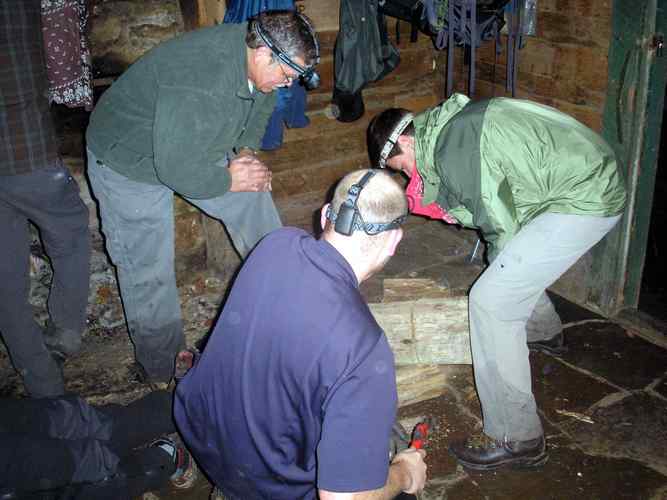 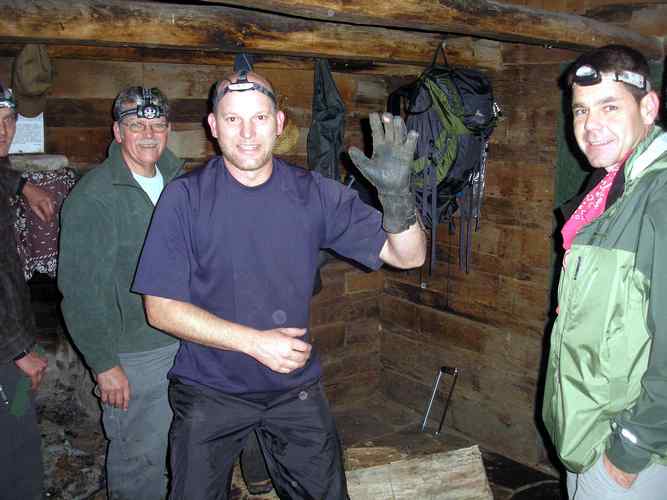 When you put the glove on him, he becomes Backwoods Jackson, the jive talking funky firebugger.  Not so adept with the moonwalk, Grabner leans more to the left, demonstrating what he calls Buck Dancing. 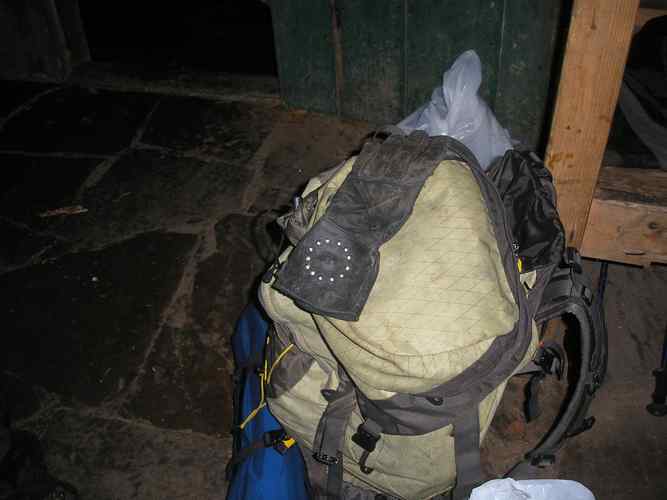 We had to remove the glove, like Edward Scissorhands, he was getting out of control and we were low on wood.  I think it had something to do with the studs. 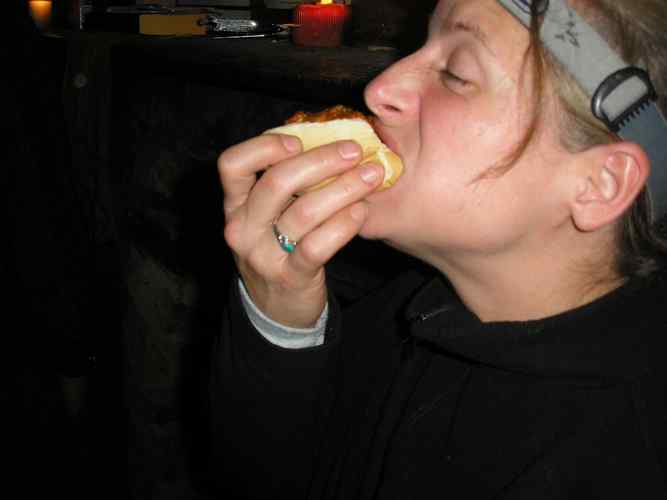 It was now dinner time and Smooch competes in the dog snatching events. 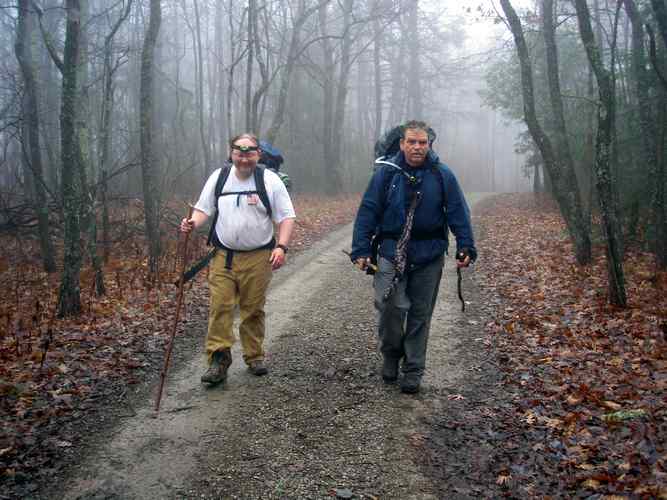 Two happy campers depart down the Shillalah Creek Trail.  Skidmore is thinking about his next purchase, a rain jacket.  Jerky Mike is ready to whip someone with the stick. 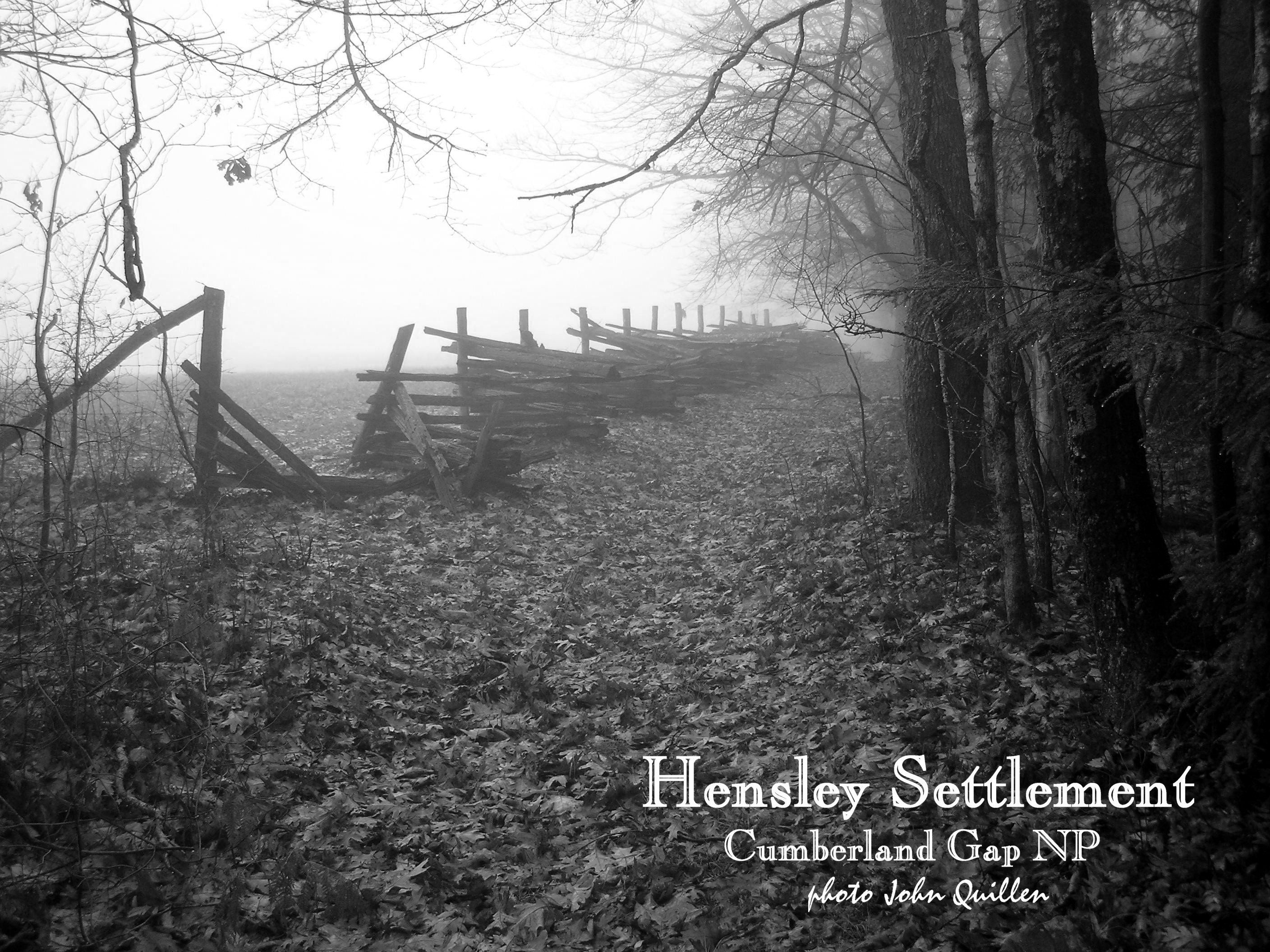 Couple of events of note:  The Ricky Bobby contingency forged up in the dark and made 6 miles in good time.  Our group departed from Ewing Virgina and did the ridge trail after a side trip to Sand Cave.  We saw deer, grouse and two Yeti.  We were able to catch a ride out from the Fischer group and appreciate the generosity.