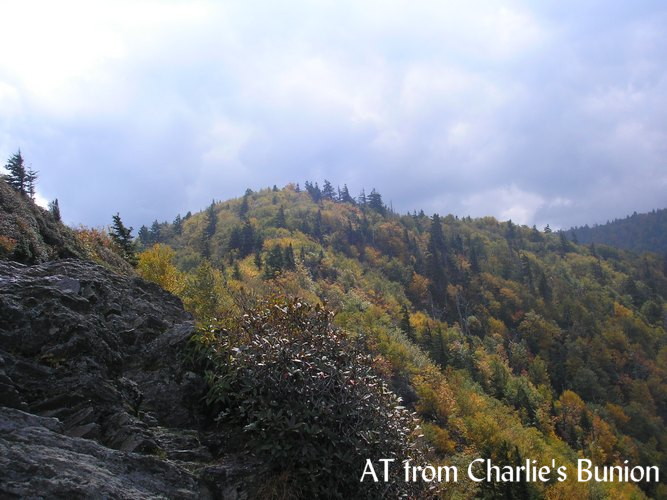 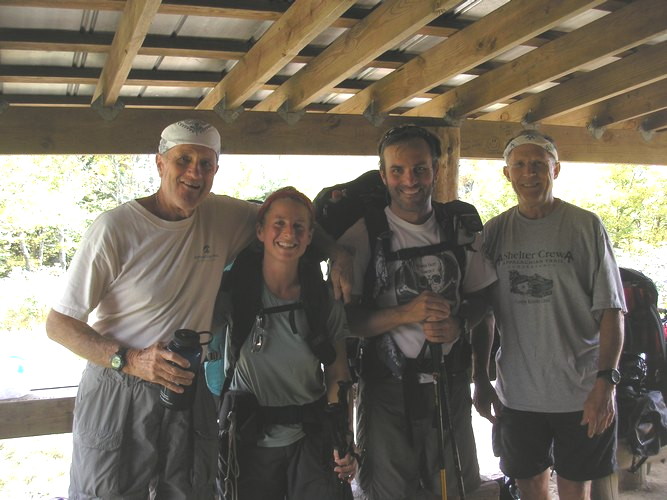 Our old friends keep showing up to get us to do trail maintenance. 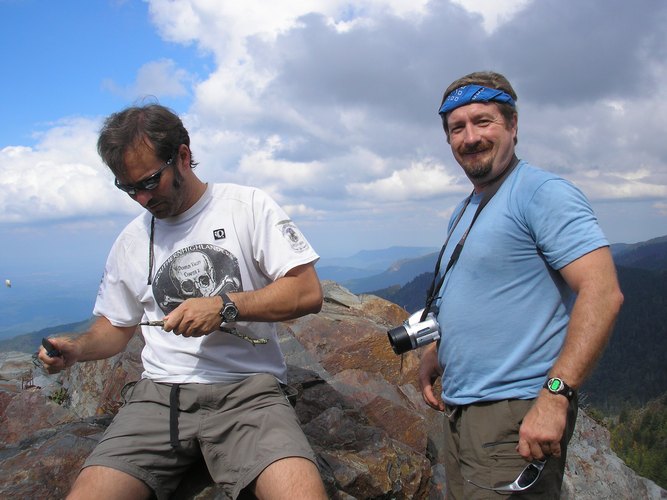 "The next thing I whittle on will be your attitude there, Hunley.  I suggest you sit down and commence to picture taking before I arm wrestle you off this rock!" 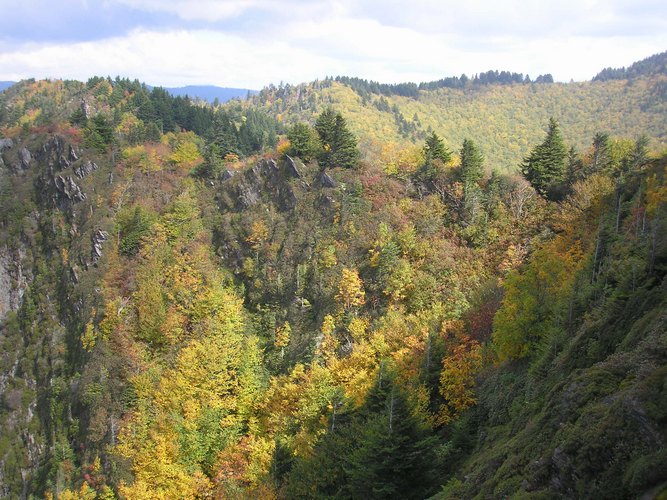 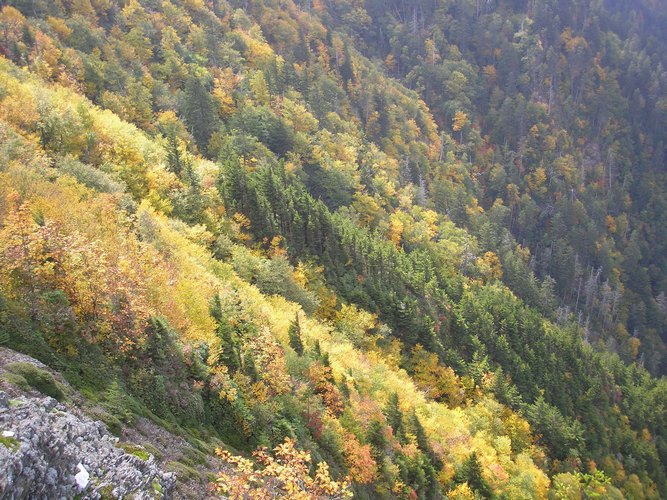 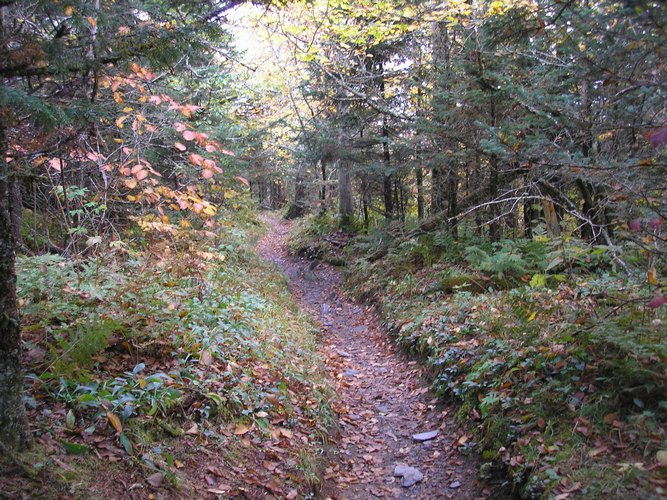 "The Leaves, they are a changin."  We really regretted our decision to drop off Newfound Gap what with all the foliage in our way. 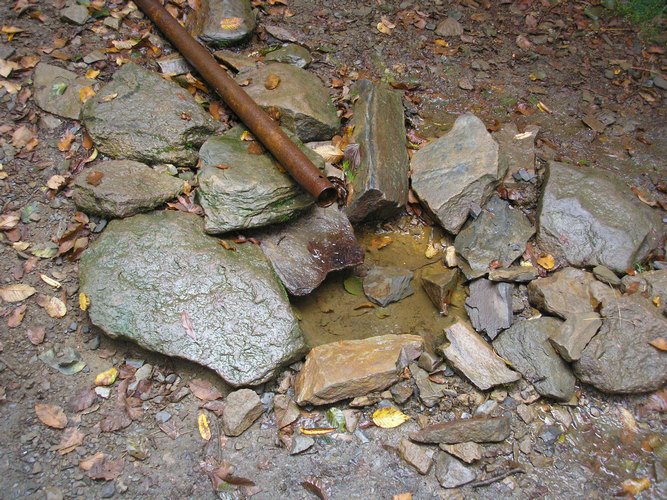 This is as low as it gets, folks.  We need rain! 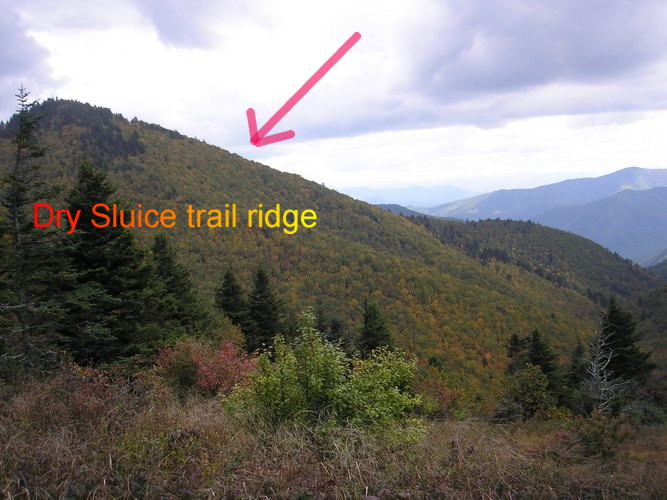 We dropped of the AT here and down Dry Sluice to Bradley Fork out of Smokemont.  It was about 10 miles from Newfound Gap to the Cabin Flats Campsite. 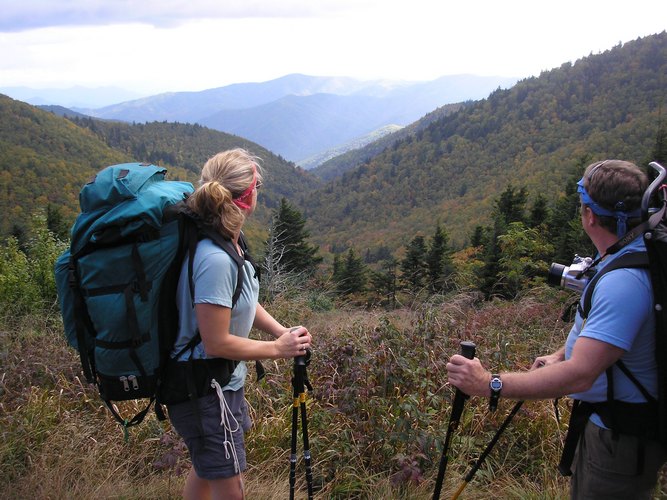 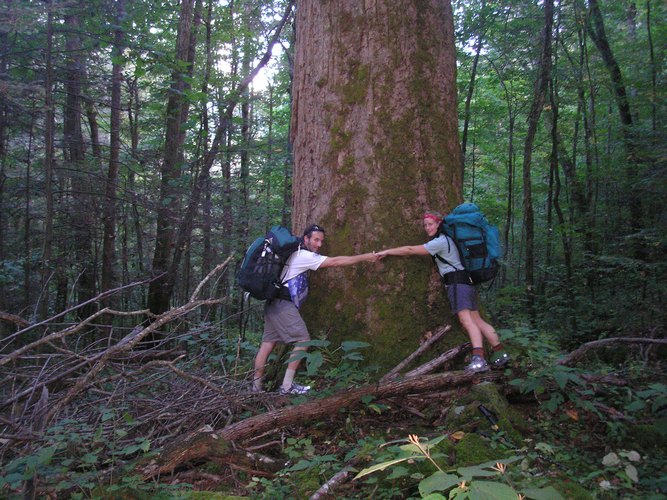 Our rendition of Hands across the Smokies.  There are actually fifteen or so people behind this tree that are linked in arms that we were unable to capture on film. 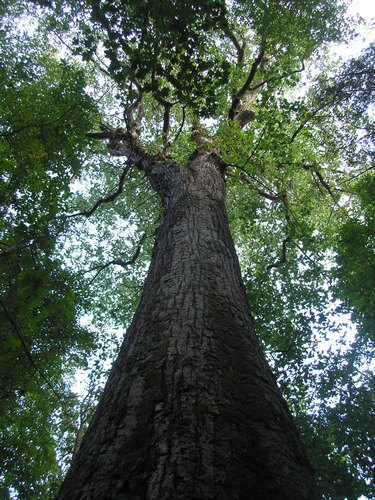 There were some really big old growth trees down Dry Sluice Trail. 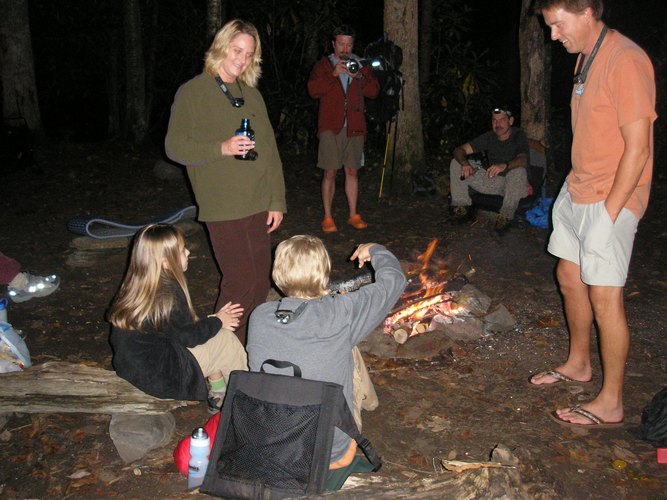 Camp was a welcomed sight.  Here George prepares to obey Judy's command to sit and prepare her supper, Right NOW! 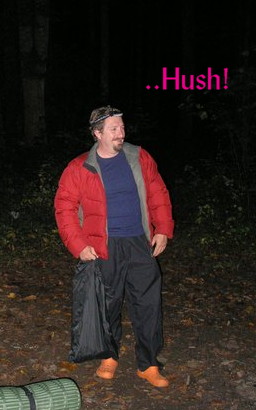 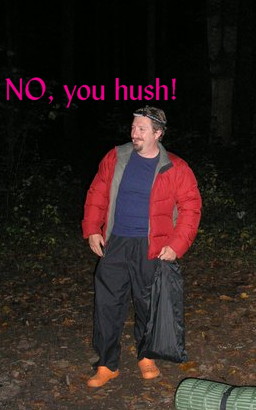 Sometimes, Martin just argues with himself. 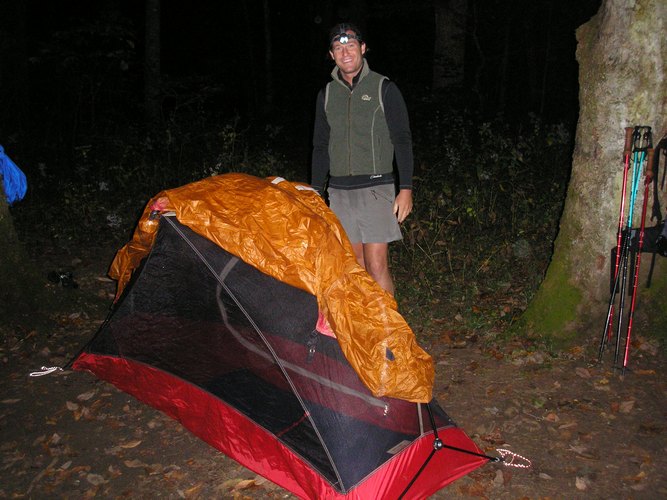 Someone shows up and I have to introduce him around.  This is Wayne Davis, aka the Cosby Nazarene with his new tent.  Sweet.  Under 4lbs, solo, free standing dome tent.  I'd say working on the river has its own rewards.  I'm glad he has a new toy and he will show up to share it with us.  We look forward to seeing him next time he scores some new gear. 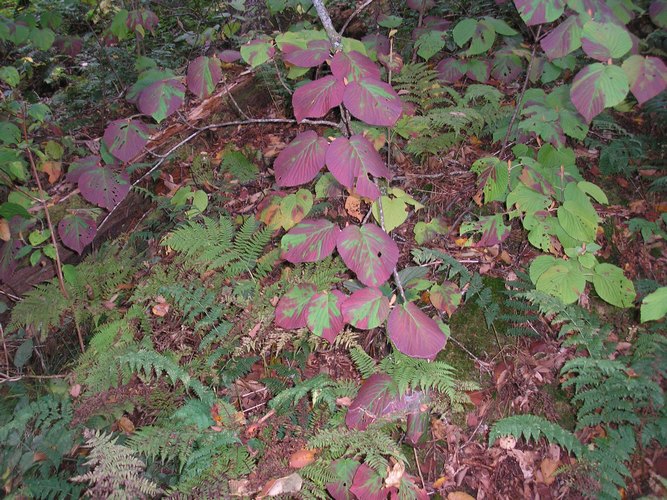 Just because I LIIKEd it. 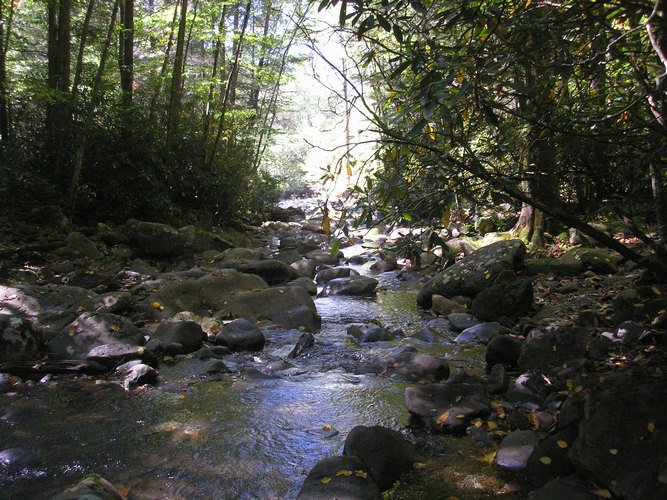 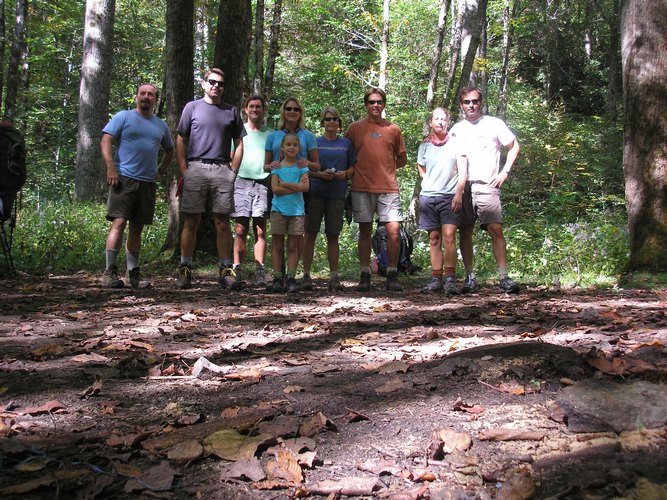