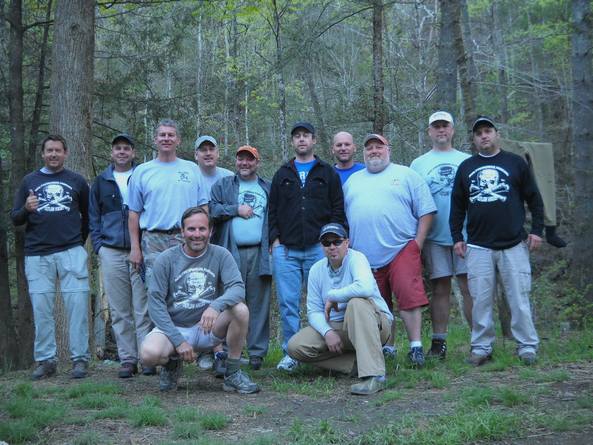 Not a bad showing for the annual Highlander Citico fish slaying event. 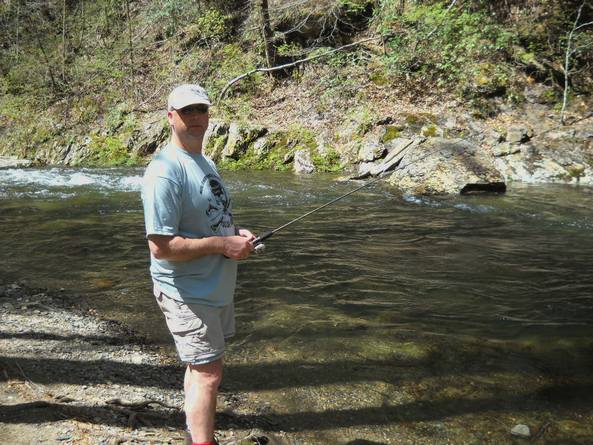 Except someone forgot to tell the fish to show up. 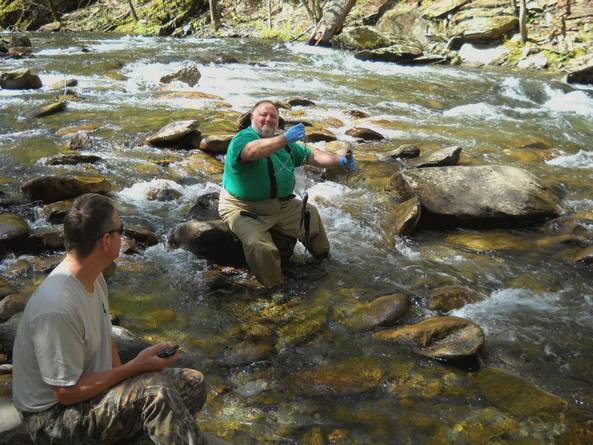 Larry managed to bag three and could gloat for a majority of the day over his reign as trout slayer of Citico.  Along with BC George they held the top spots on the leader board for the morning.  Dog Dance taught his young Grasshopper well. 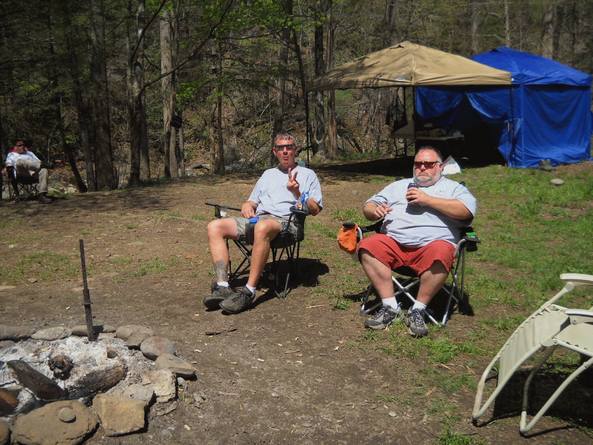 You see, he should have not been lounging on his laurels here because.... 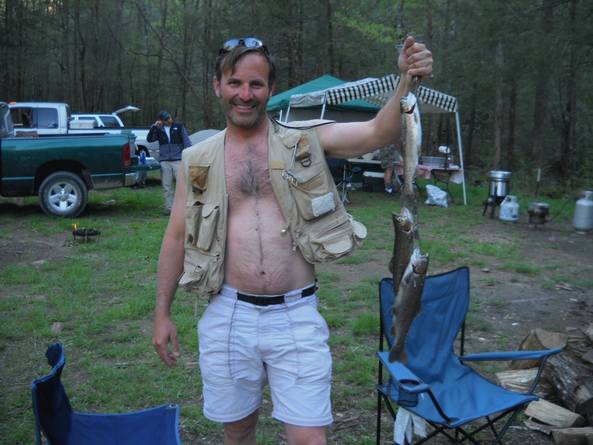 .....After a long day of hearing him gloat, I was forced to join him atop the leader board and shush his constant skunking comments. 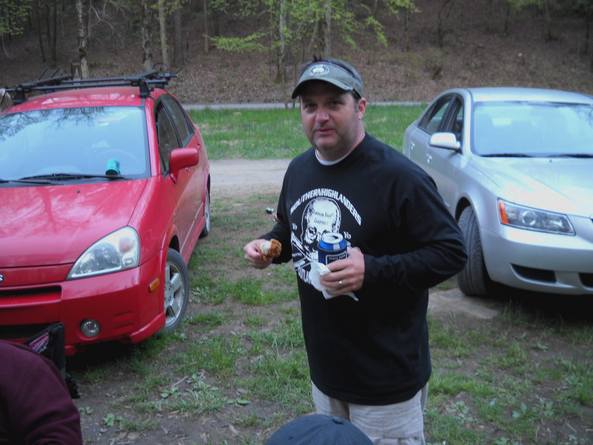 We reserve those for the real skunk.  Former Highlander President emeritus, Pat Hitler Moore (seen here reposed like King Henry the eighth with his chicken leg) 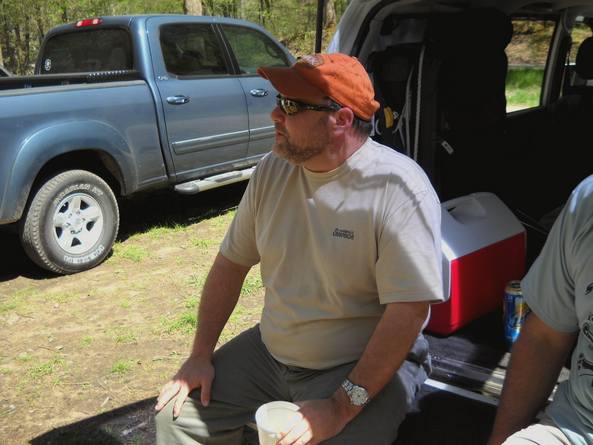 Sometime in the late afternoon, Snappy Watkins made a cameo but retired to his truck permanently when it was discovered that the Shraders would not be doing a driveby. 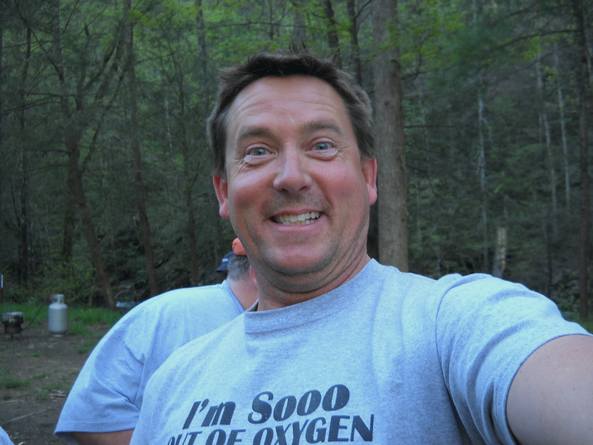 Do not leave your camera unattended with this crew.  Just ask Ethel about that. 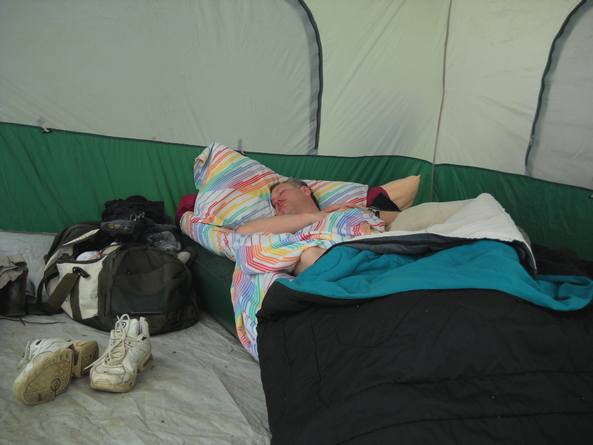 Then again, we best not disturb him. 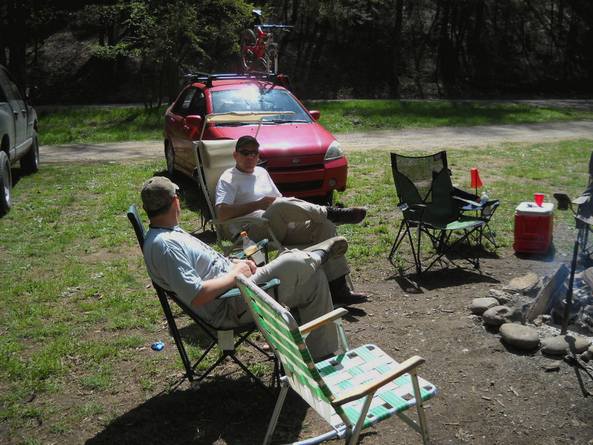 That's Billy Ray Shands and Sally Dumplin.  We had incredible weather, as you can see. 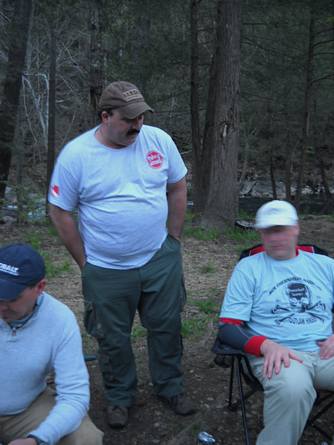 The Riddler wants a Highlander shirt.  He thinks that Jeff is about his size and asks,  "How big a boy are you?"  Riddler says he has a gun and isn't afraid to use it.  Greene ponders his legal options. 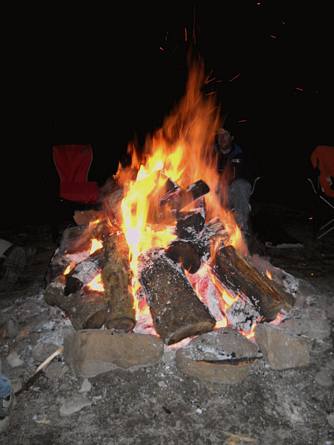 We had some difficulty with a fire, as usual. 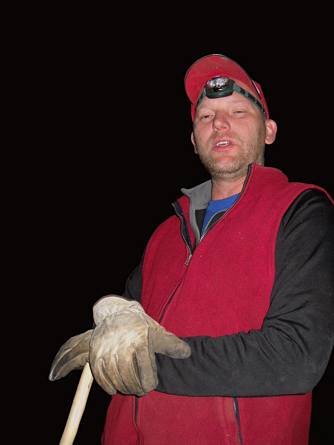 That's why we needed AB, in the absence of Jerky Mike.  I guess we should go easy on Ab.  He had some trouble getting to Citico in the first place.  His truck broke down friday night in Vonore and he had to get towed to Lenoir City and arrive the next day.  He is a real trooper and deserves the golden barbell award for the weekend.  Congratulations Abner, you are a great guide. 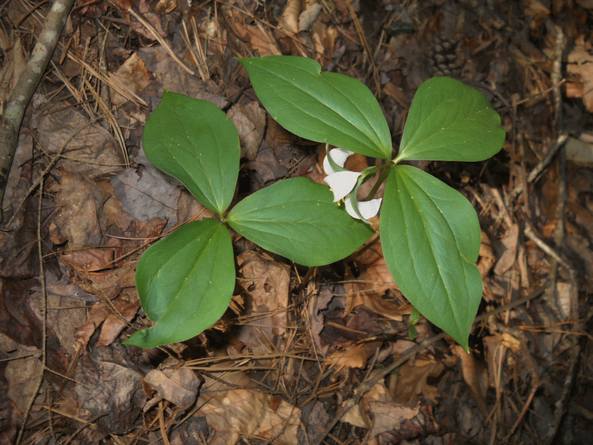 Free sticker to the first person to identify this wildflower and you must give the specific type, not the generic name. 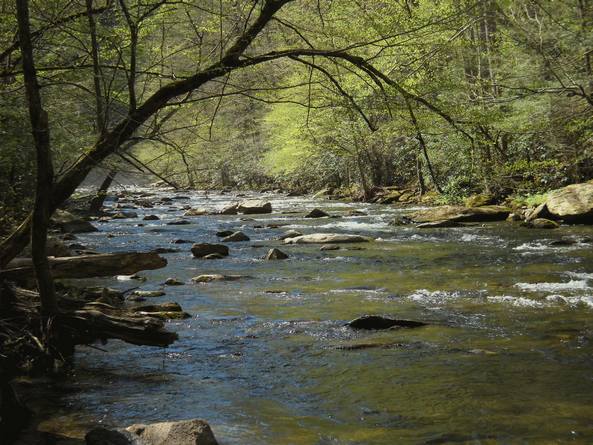 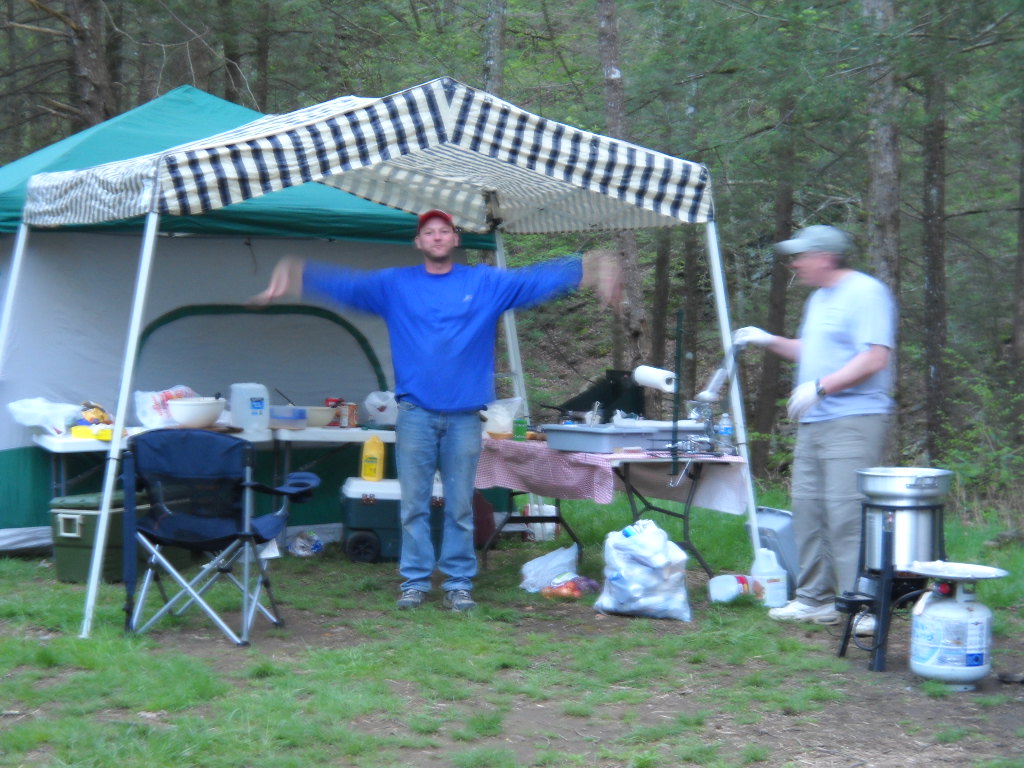 The Ab Raptor in full flight perched inside the cooking tent.  Ethel wishes he would leave so he could get ahead without the Raptor sniping fried treats from the broiler.

Great time, great weather, sub par fishing but who cares.  We had plenty to eat and all were Merry.