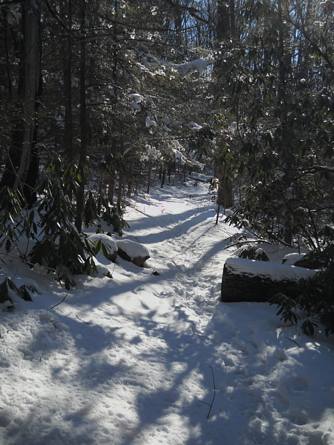 I am reminded of Robert Frost. 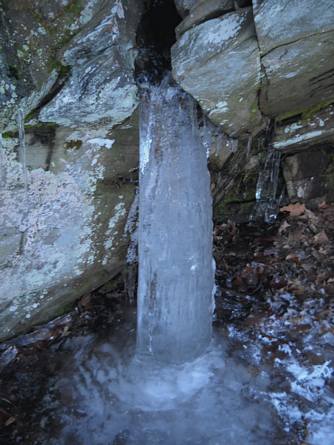 Stopping by the woods on a snowy evening. 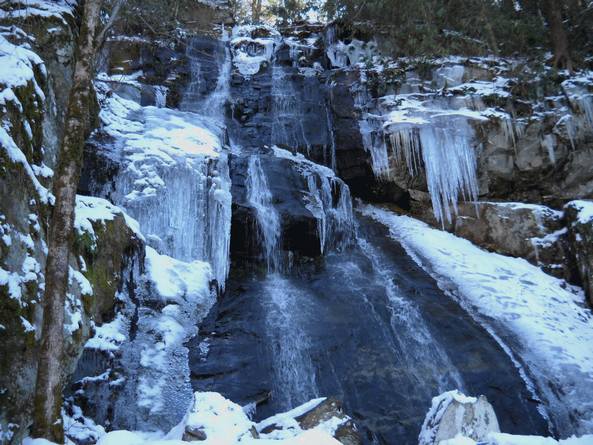 Hen Wallow Falls does not disappoint. 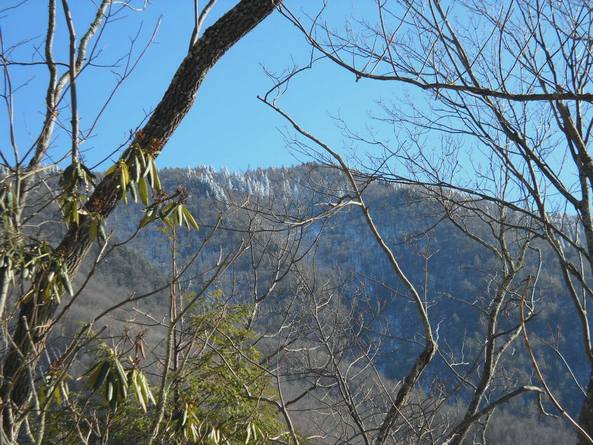 We are in the flanks of Maddron Bald with her trees so white, selectively reaching for modest days of sunlight so rare in this section of the park. 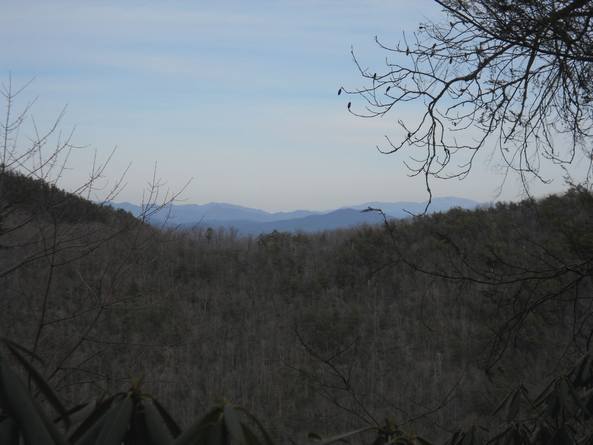 The Cosby Valley peeks into our sanctum. 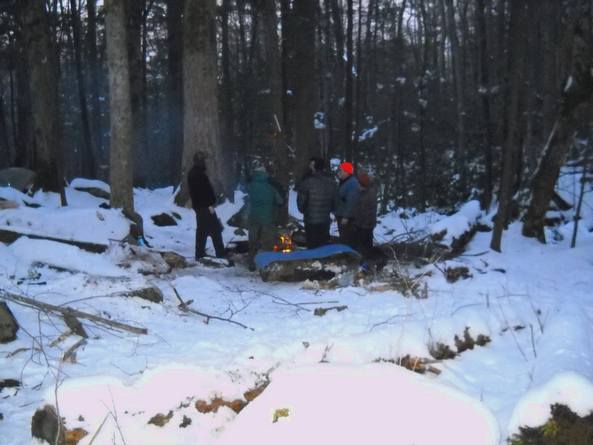 Arrival in Highlander camp circles most often follows a trail of smoke.  In the scene to the left, Licklog makes a return.  Apparently the Highlander Commission has decided to conduct an intervention on our old friend, Ricky Bobby when they return.  His hiking pass has been yanked for a while and Jerky Mike is determined to return it. 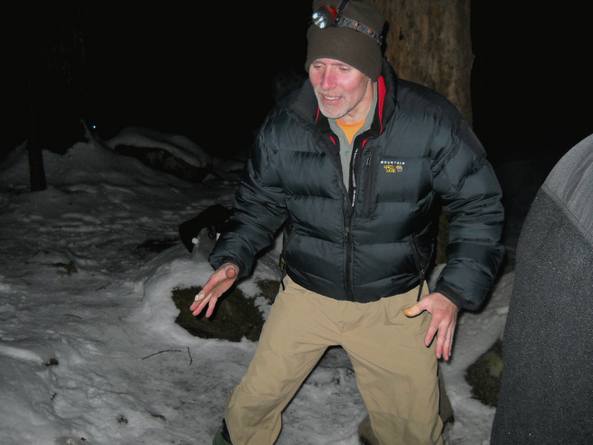 As the snow pack hardens around the fire, none other than Rakestraw accepts the Pepsi challenge.  And Fails beautifully.  10 for style points Steve and a few more for staying up beyond 8 pm.  Fire surfing has become an Olympic Sport for SouthernHighlanders and associates this wintry season. 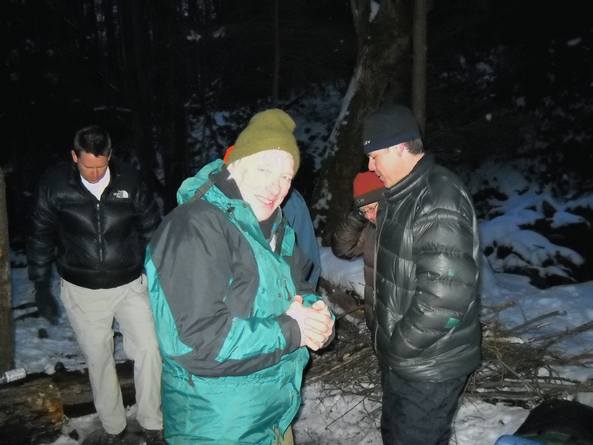 Jack thought he would dodge a trail name these numbers of years only to be burdened with the handle Uncle Tom.  You can ask him about that.  Uncle Larry might have an objection.  Let's just say that it is not for any racist attitudes, he really does apparently resemble someone's Uncle Tom. 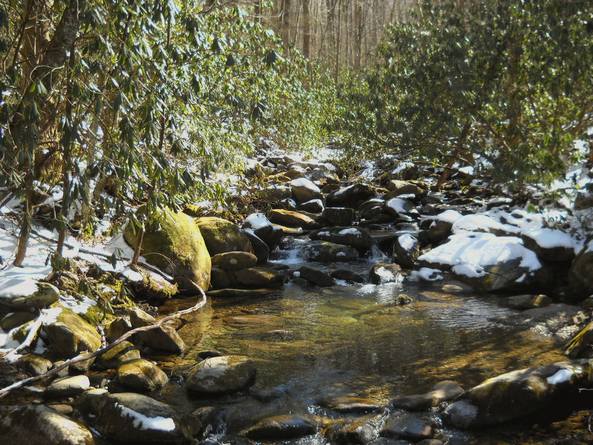 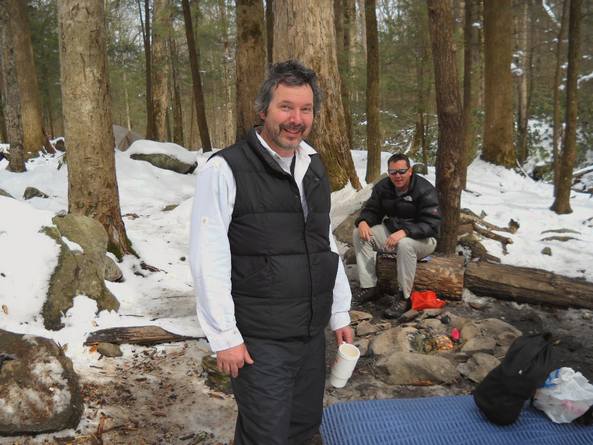 Here, a defrocked Licklog is caught attempting to place more trash on the morning "fire".  Little did he know that I was awake to witness the first round for his first breakfast like he is a freaking hobbit or something.  Licklog, you are on notice. 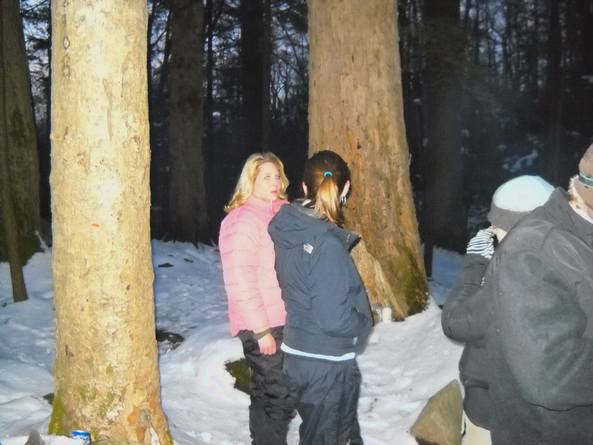 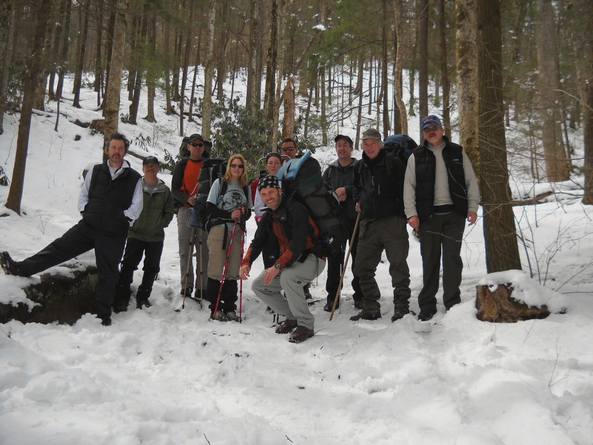 I wasn't trying to imitate Doo Doo here, the timer just caught me mid squat.  Behind Grady Licklog is Super Dave Ammons.  Not pictured is McLovin.  She got a head start on the trail. 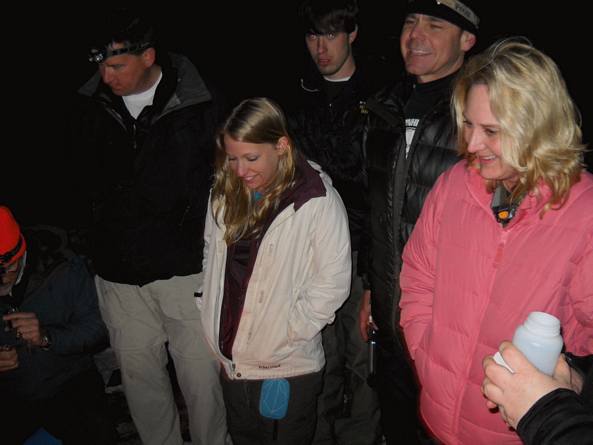 These folks were able to arrive just in time to join us in our usual evening spiritual Hymn led by cantor Cindy Dumplin, the first lady of Highlandery. 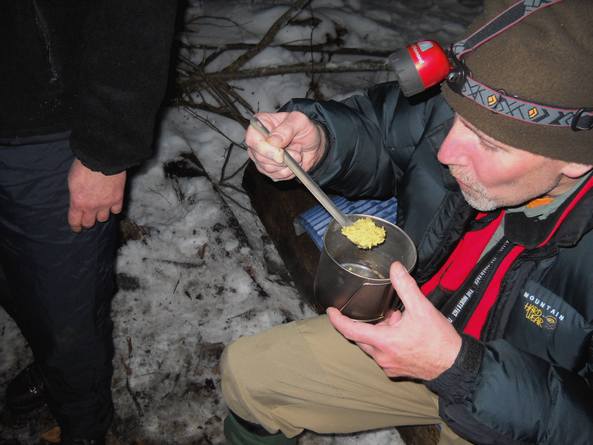 Steve will cull no culinaries. 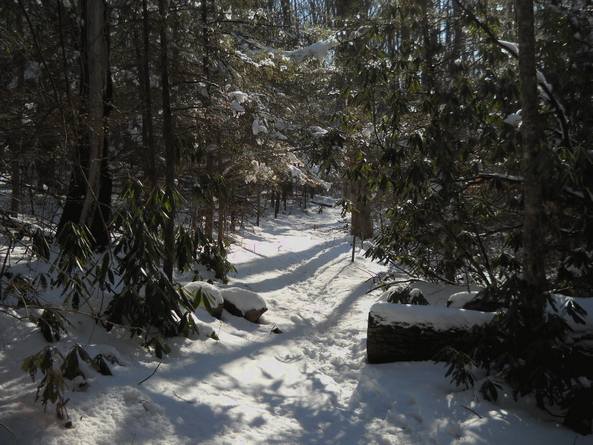 Some pics are worth a second look. 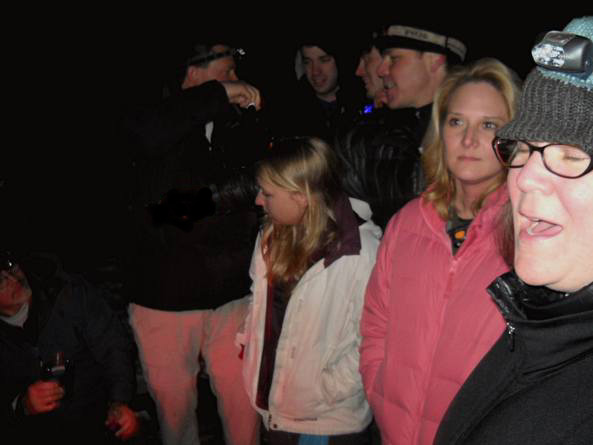 Similarly, Michelle is moved by her new appellation enough that she is compelled to burst forth in song,  "the hills are alive, with the sound of music."  Congrats McLovin.  Congrats Michelle McLovin. 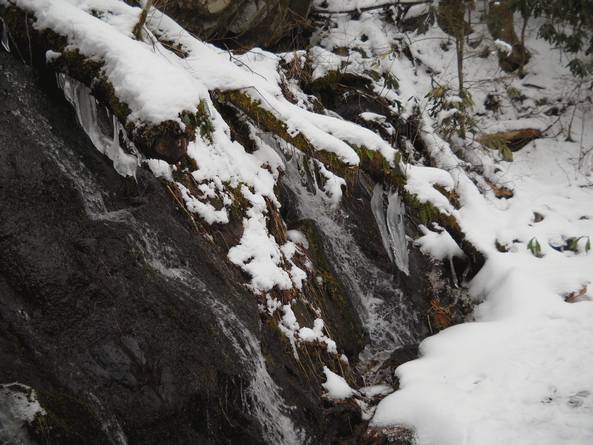 Return via the same route, Umberger accompanies the group to Cosby campground to find a note from Andrew and Jacqui.  They apparently got stuck in some deep snow attempting a big loop up snake den or some such crazy notion and retreated.  Sorry you guys couldn't make it but George says there will be a Highlander O Meter deduction of some sort.  I think the link below summarizes the attitude of everyone at Camp #34 last weekend.  (Since the Highlander ski trip begins thursday, President Sally Dumplin will post next week's outing on the Highlander Guest comments page.)