Please Sign the Northshore Road Petition at the Link Below.

http://home.comcast.net/~johnquillen/ (links to all the other stuff)

Hangover 2005 was a definite success.  Two new initiates were inducted, Bicurious George and Sally Dumplin.  Women made a Highlander appearance and attendance records were shattered.  Hitler pulled ahead of Uncle Larry on the spreadsheet and The Edge surpassed his boss, Stanley. 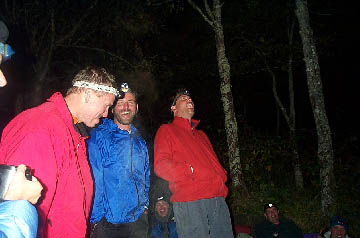 We all remember our first dip of snuff. 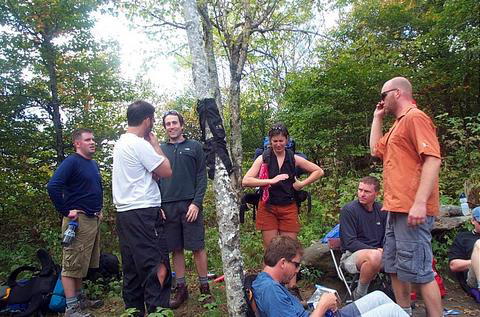 Buff considers allowing Ab to kick Wendi and her men off the mtn.  Buff  decides to allow them to live despite the chest pushing of both bucks. 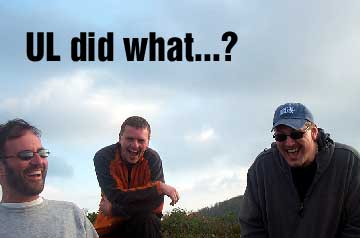 Some startling revelations about Gangsta O.H. The Original Highlander Larry and his exploits at a certain establishment on Gay Street recently. 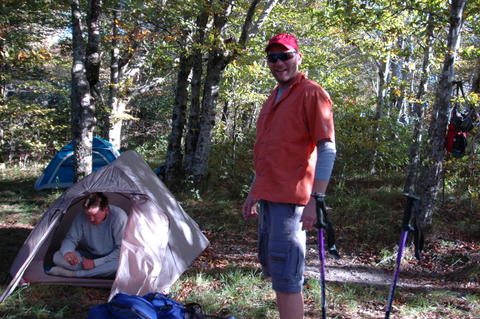 "What have we got heeear?" Ab informs BiCurious about the final initiation rites as he prepares solemnly stating, "No club is worth this crap, Lefty" 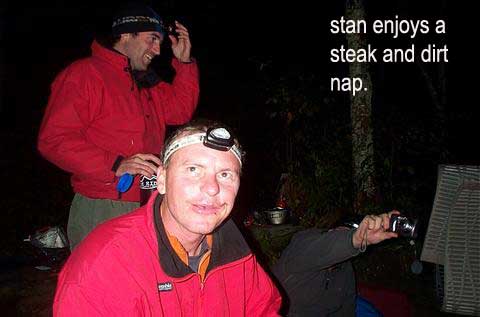 Apparently a T-Bone is better when dry-rubbed with soil etc.  All we got to say was, "Is it Salty, Stanley?" 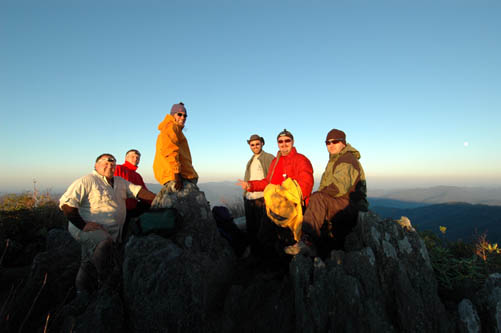 The Hun transforms into "The Edge", his evil alter ego with rapier wit.  Or was that "rapist wit"? 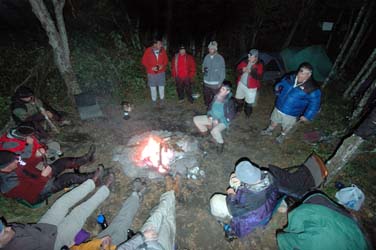 Sally Dumplin endures the ring of fire.  Hitler thinks that Saddam cleaned up pretty well.  Snappy hopes that someone will wake him up in the morning to fish with Dog, no, go rafting, no, watch meteors.  Yeah, definitely watch meteors. 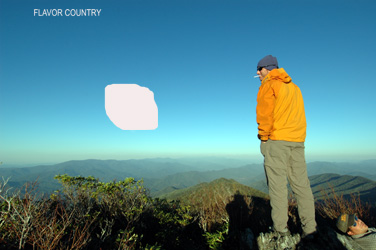 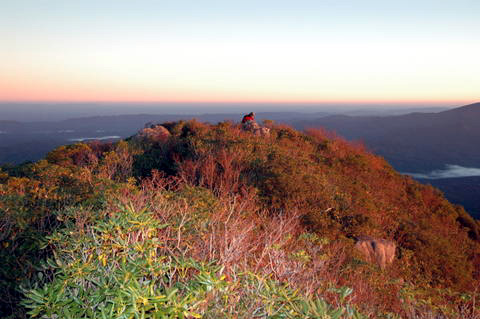 Waxing Gibbous moon.  And the end of a great trip.