I camped out at the old campsite on the Hangover Monday and Tuesday night.  Martin joined me on Tuesday.   Below is a montage of pics.  The video outlines the specifics of the damage.  As you can tell, the sunsets from the overlook are still spectacular.  I tried to spend as much time out there as possible until the sun and bugs forced me to run for shade, or what is left of it. 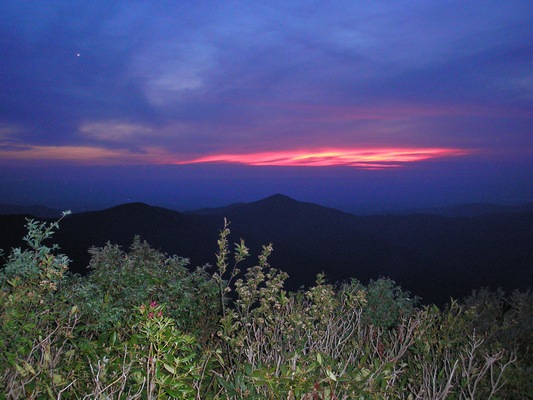 Sunset on the Rock 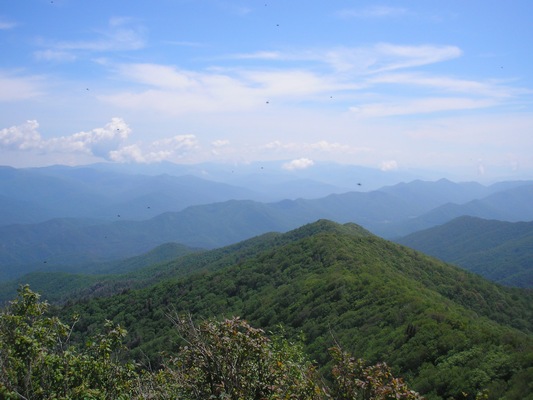 Those little specks are bugs.  Lots of bugs 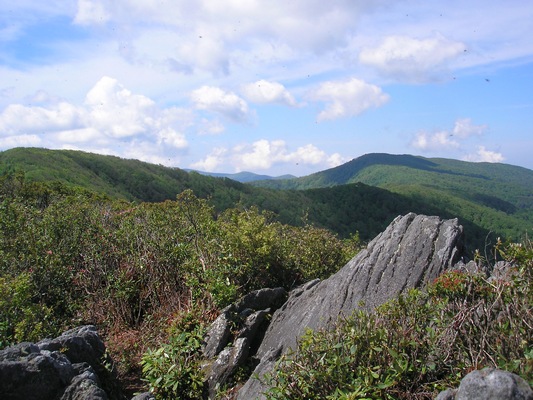 More bugs.  It was very Buggy and hot. 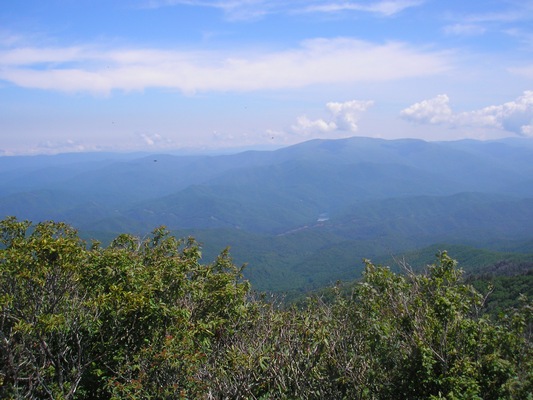 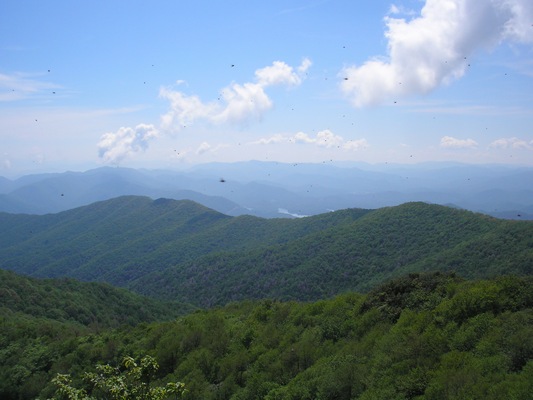 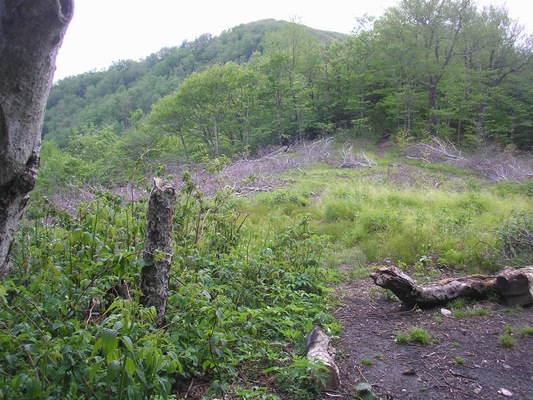 Some trees were cut just arbitrarily. 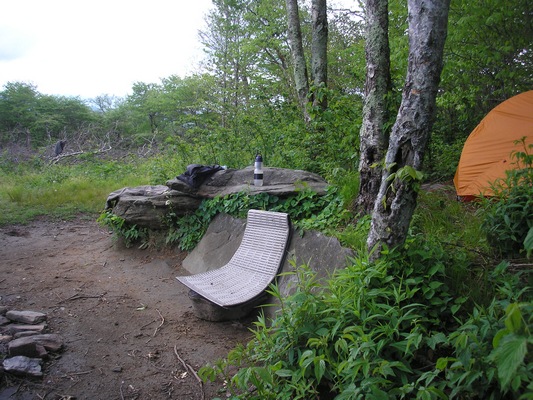 New view from the campsite 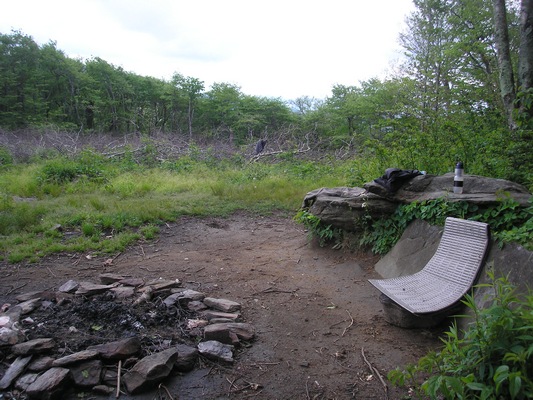 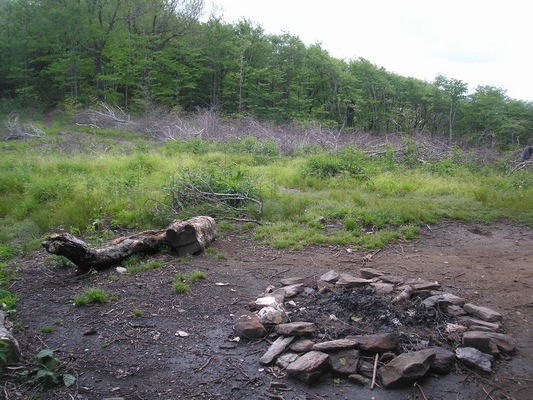 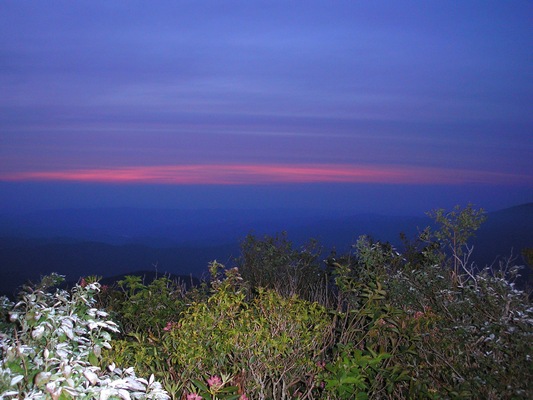 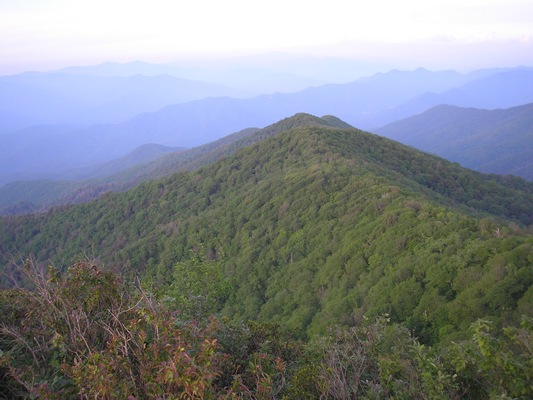 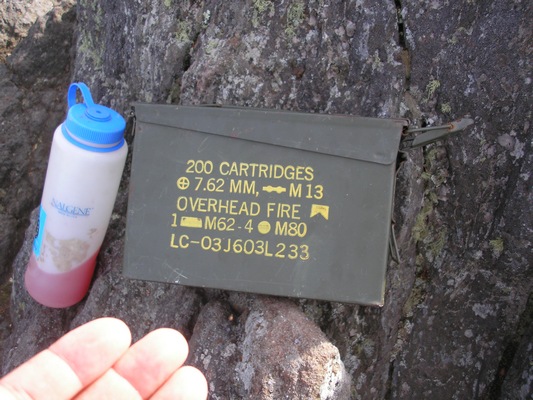 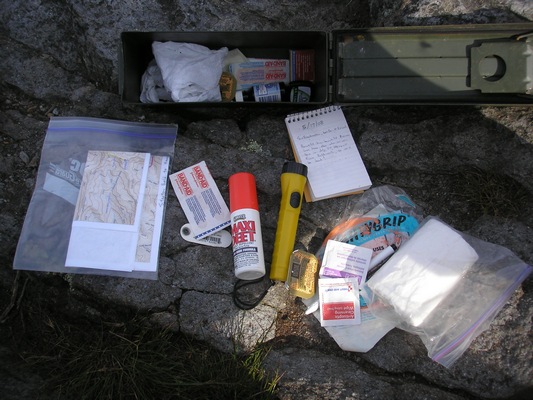 I found a geocache but was hesitant about opening an ammo box for fear of IEDs. 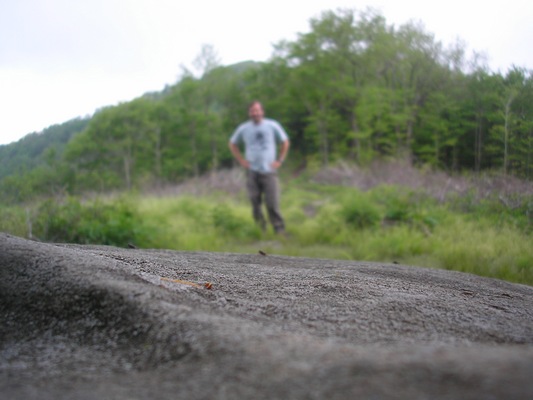 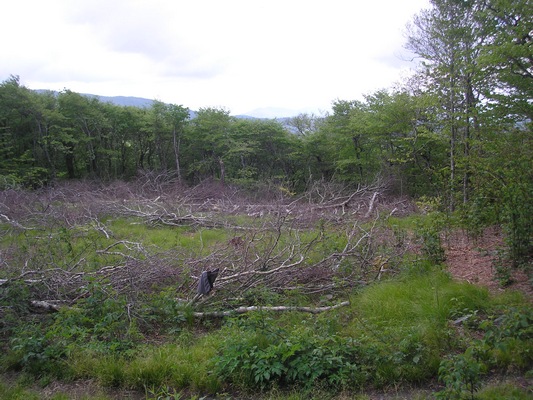 They clear cut way down towards the water hole. 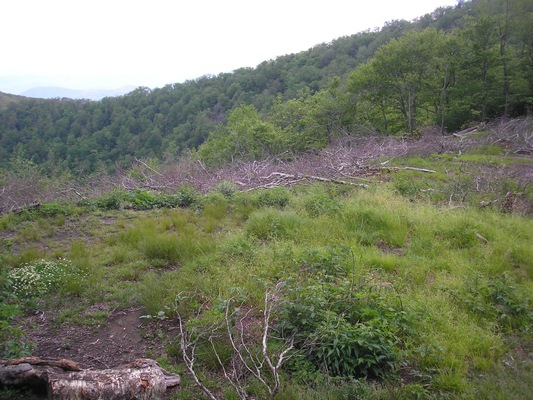 Then back down the other side towards Robbinsville. 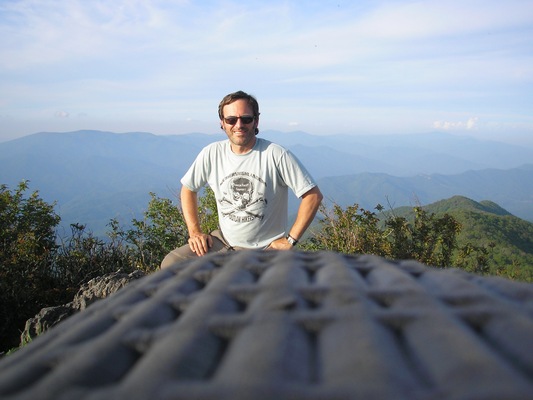 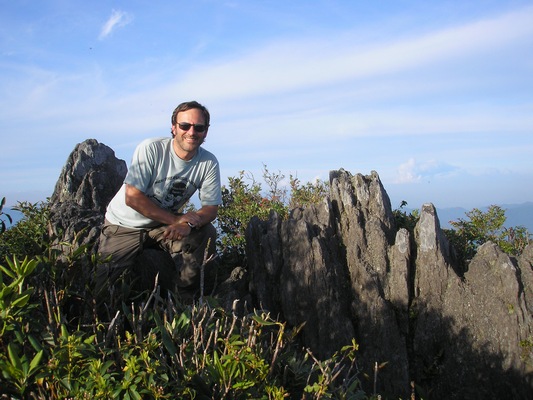 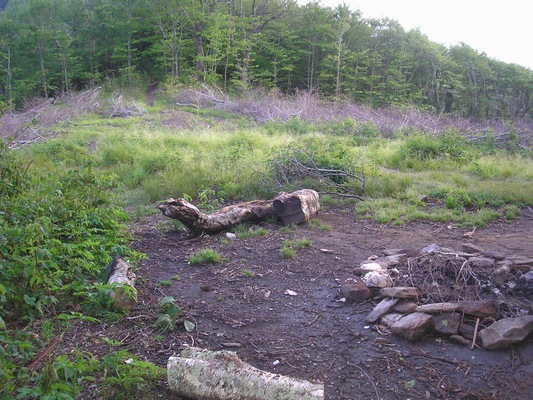 Remember when you couldn't see folks entering camp?  I don't understand why they didn't move the brush more if this were a staging area for wildfire control.  As a matter of fact, despite the assurances by Ranger Findley, I couldn't manage to find any signs of a fire at all.  Several fishermen from Graham county were embarking on a trek down low.  They informed me that this fire was very low and far from the Hangover and didn't understand the clear cut.  They also allowed that it was made by a bear hunter who was poaching a momma and two cubs.  He apparently got stuck too far out and had to camp.  The fire he made got out of hand and voila, you have a forest fire and a clear cut.  I ordinarily don't pay much attention to such stories except that most everything I have heard so far from up there has been true.  The fishermen seemed concerned about whether or not the hunter got charged with poaching.  I don't see why he should.  If the forest service can clear cut 84 trees, then what is so criminal about clearing the wildlife. 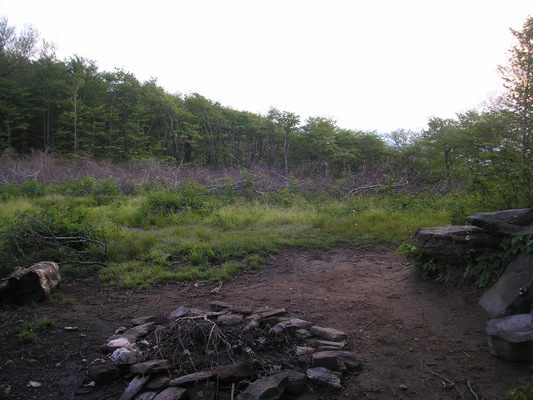 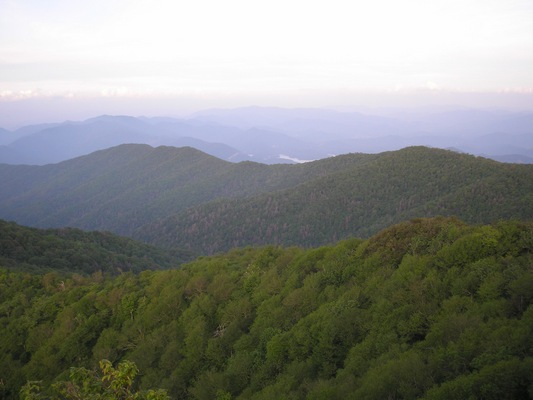 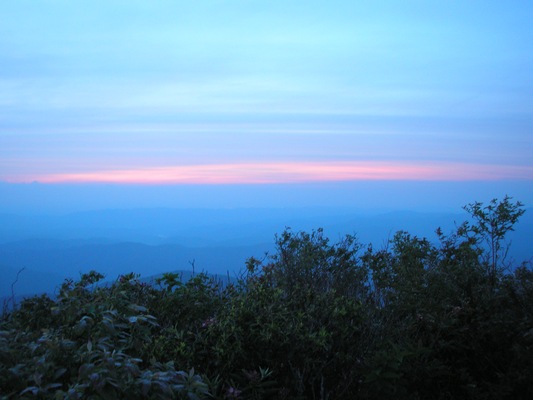 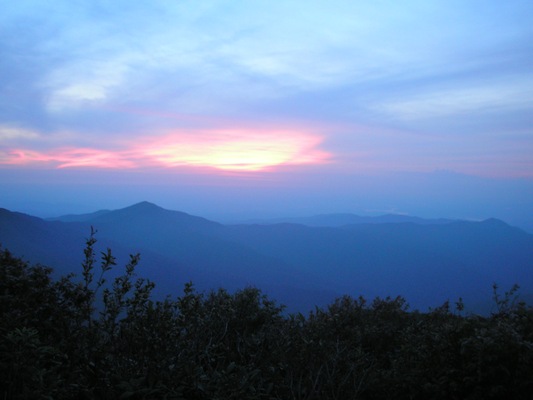 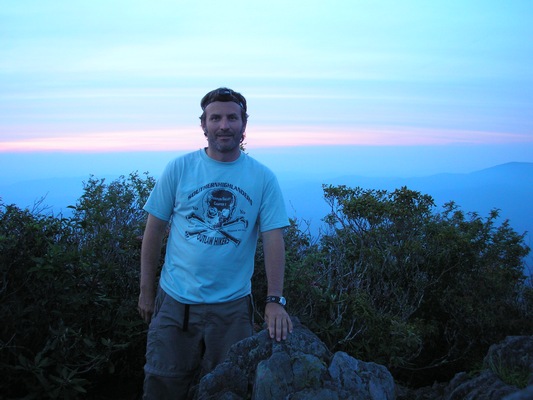 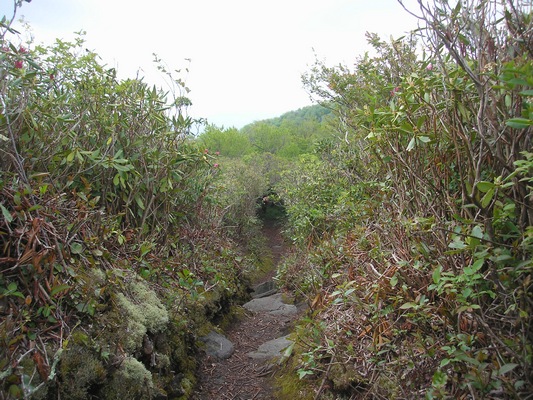 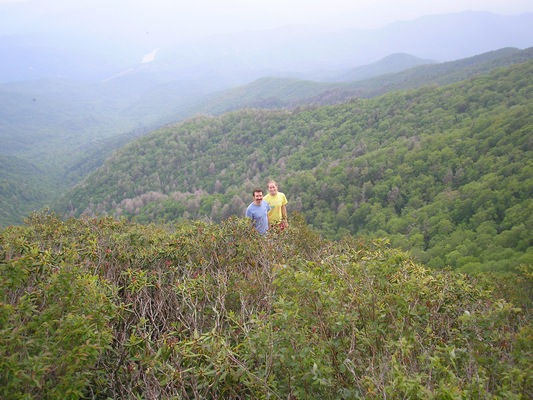 Congratulations to my Archaeologist friends and their proposal on Hangover Rock.