Respect for the Law.  That's what it's all about with the Highlanders.  After all, we are Outlaw Hikers.  We salute you, Ranger Dumb*&#.

We knew you were too lazy to hike up to the campsite and give us a ticket for having one too many in our group.  That's why you are a Ranger.  A Ford Ranger who never strays far from his truck and the Donut king and the trailhead.  We appreciate your prudent use of taxpayer dollars by harrassing a group of environmentally conscious hikers instead of those horse guys who drop cigarette butts all over the trail they just ruined with horse feces and metal shod hooves.  Maybe you thought it was easier to "pick on " a guy with his wife.  Guess you were wrong and got an earful.  Lesson to Park Rangers,  Don't mess with outlaw hikers.  We did have breakfast ready for you.  A great big tub of Chow Mein. 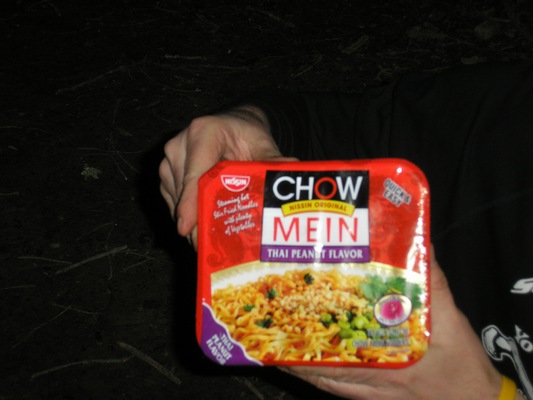 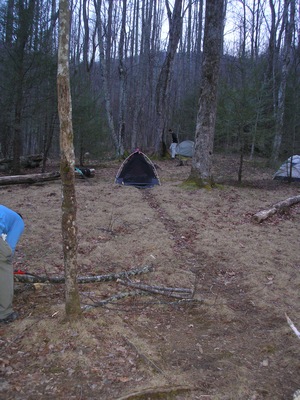 All trails lead to Dave's tent. 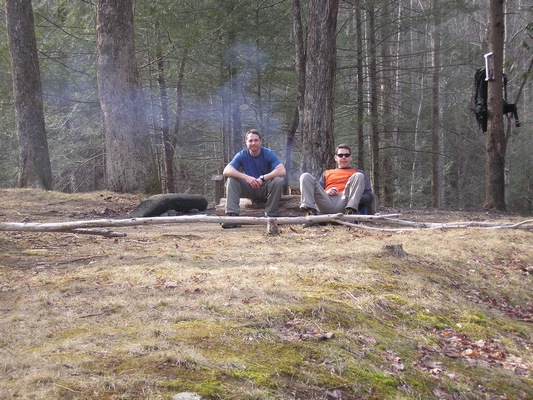 The weather was great when we arrived. 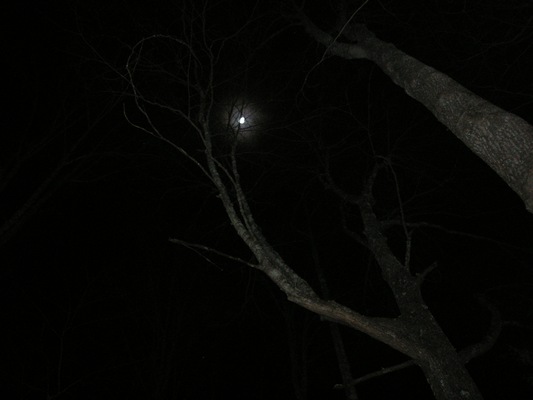 A beautiful night with a ring around the moon meant some big weather was coming in soon.

Here are pictures of Ab "not messing with the fire." 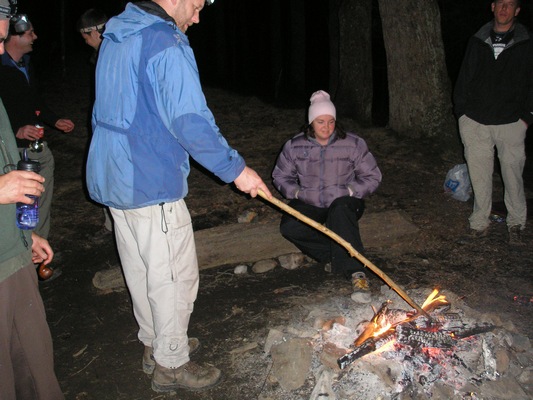 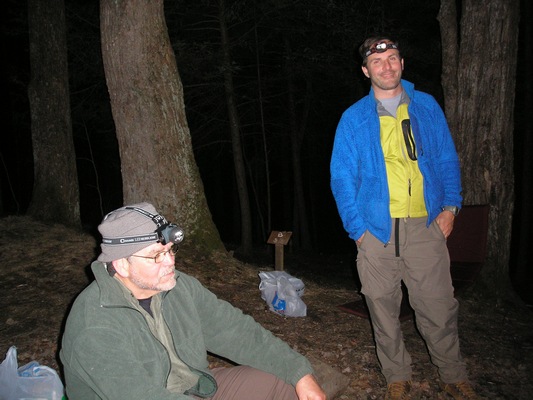 Jerky Mike is ready for a Ranger encounter. 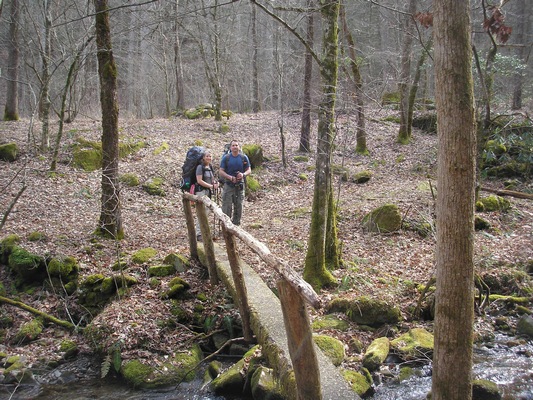 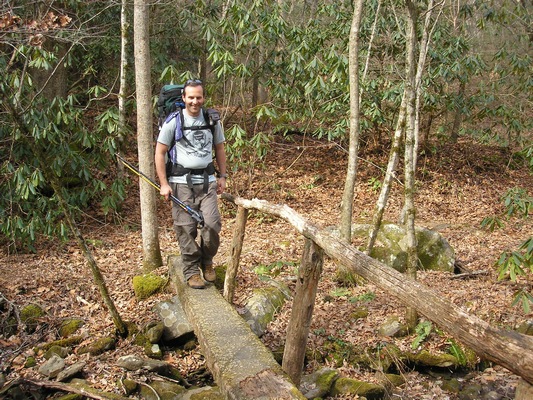 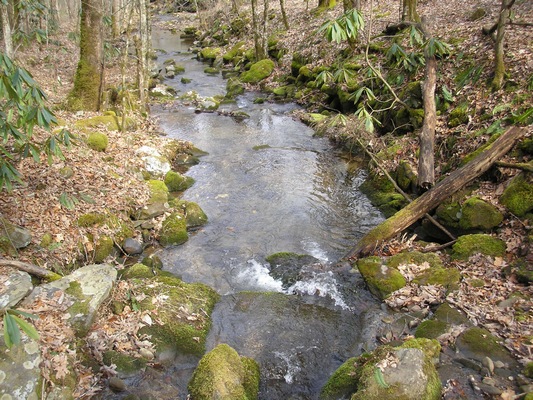 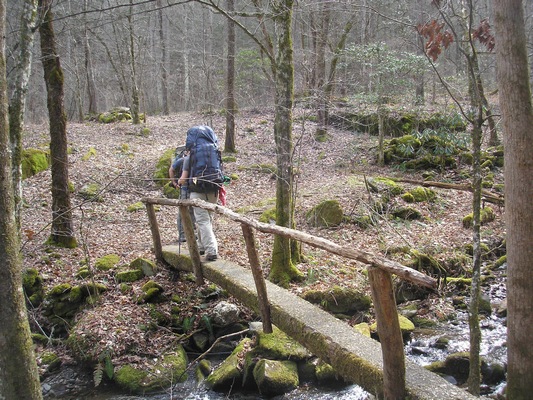 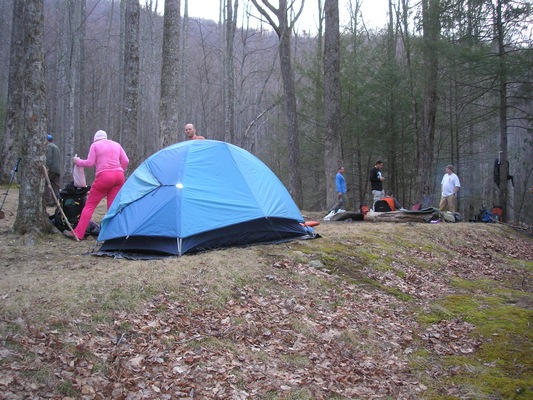 Bc George is knocking trails off in the park and doing some solo trekking.  He is quite a good soloer.  Say's he's already done about 200 miles in the park and intends to whip the britches off Mr. Bigshot Contractor.  Here, Skidmore explains that he will take one for the team and depart down the trail so we have an appropriate number of registered hikers in the campsite.  That's mighty admirable Dave.  We appreciate you immensely.  Not enough to give you a full point for attendence, but still appreciate you nonetheless.  George says,  "Skidmore 09!" 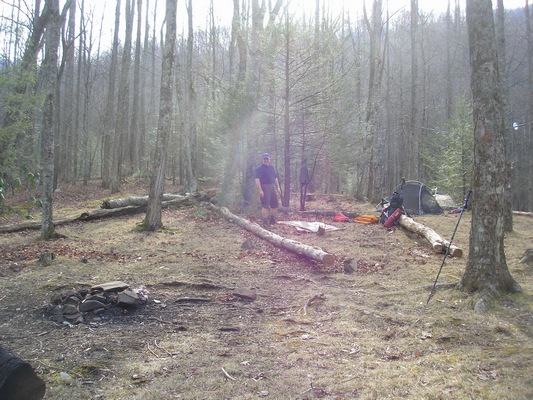 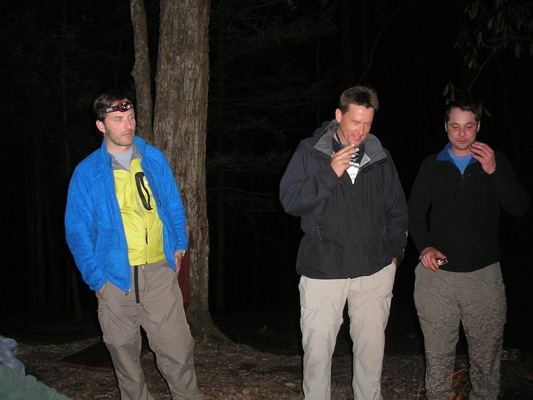 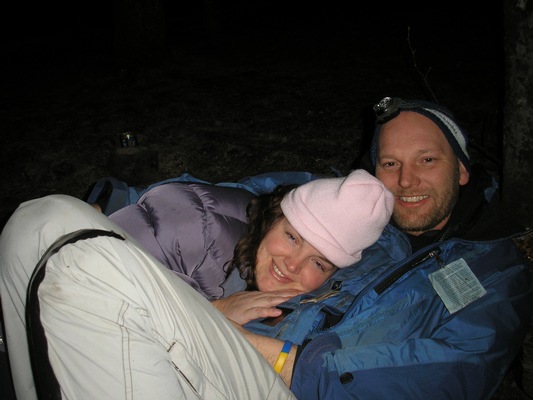 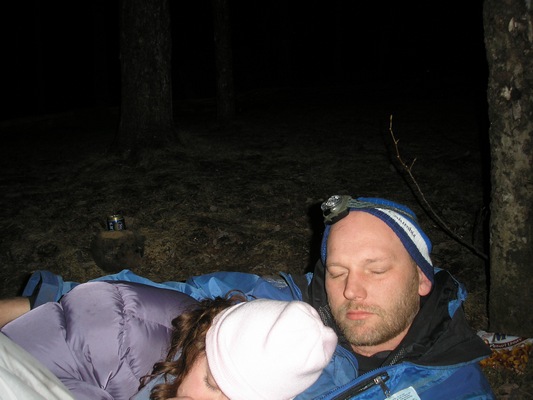 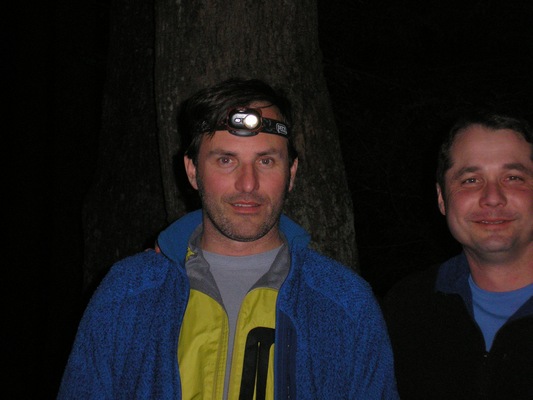 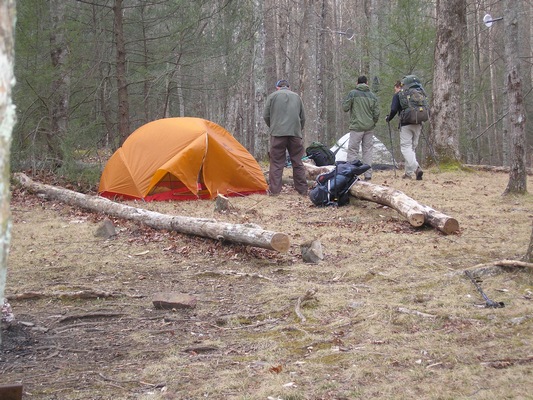 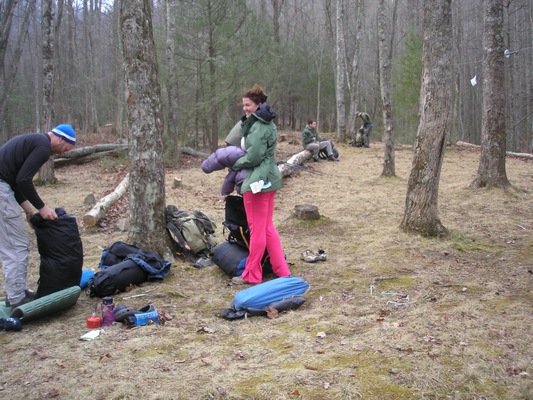 The morning wind, in excess of 60mph gusts, ran us all out of camp pretty early. 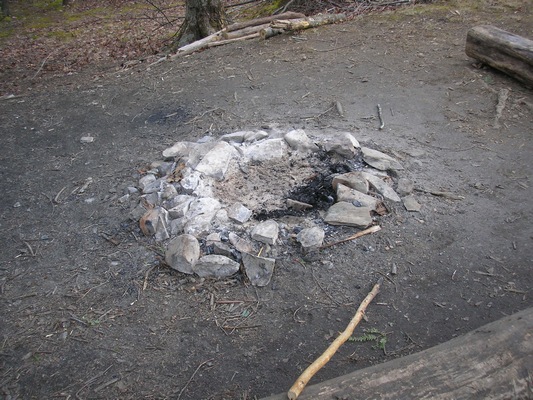 This is what a fire ring looks like when Ab is done with it. 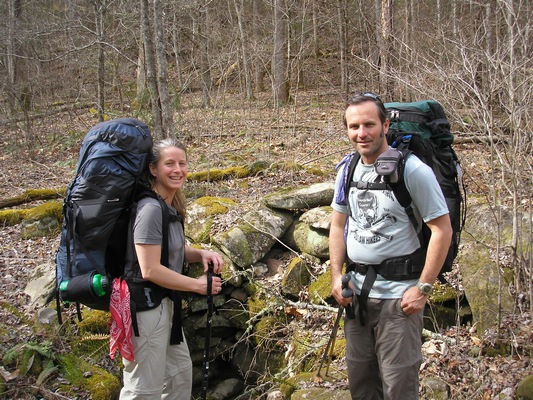 I explain to Beth about the Smokies Custom of crawling into the old springhouses for good luck. 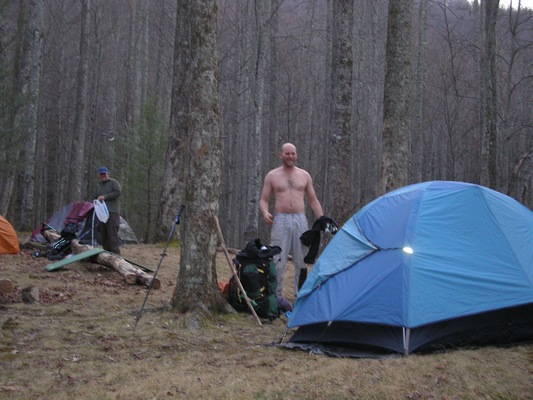 If Ab had just removed his shirt before the ranger encounter I am guessing that whole ugly experience could have been avoided. 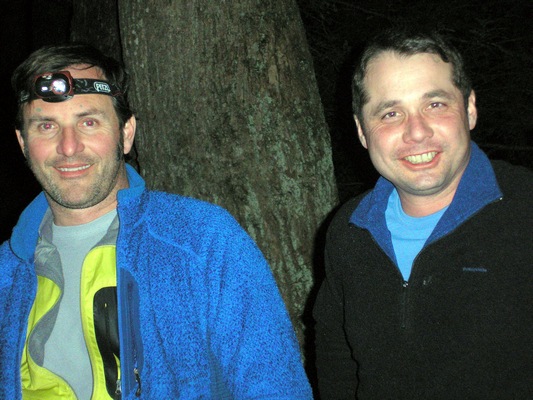 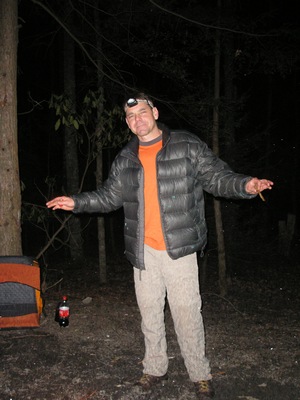 Dave says,  "It's all cool, fools."  Bill Alexander prepares to sing more show tunes from his days with the Metropolitan Opera at Webb School.

It was a glorious time, we were glad to see the return of Ab and Tammy and High Speed!  Mr. Skidmore was a good addition, although not for long and the wind was epic.  details:  well, we hiked up the secret trail to #32 whilst the rest looped around the grapeyard ridge route by the old train engine.