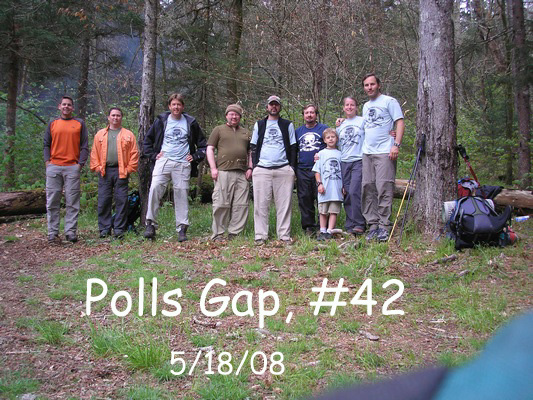 The inital plan was scrapped in favor of a new one, proposed by BC  George.  Never mind that it was a two and a half hour drive from Knoxville to hike that demanding 1.2 miles up Spruce Mountain with the possibility that George had backed out anyway. 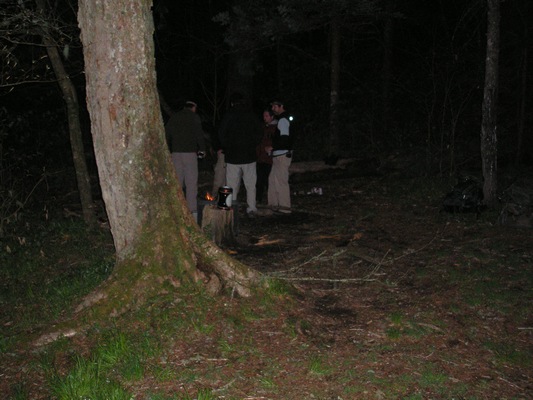 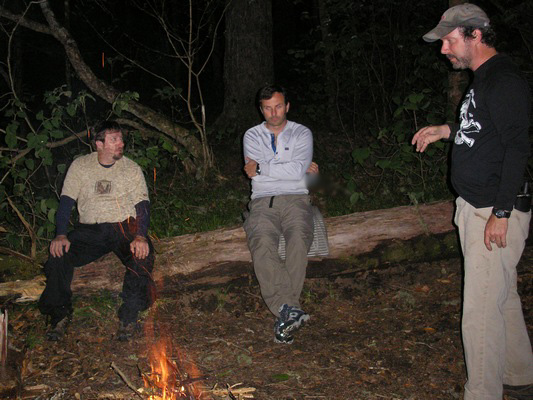 Grady practices thumping Scooter's Head.  Scooter asks me for permission to thump Grady back.  I ponder it before giving it a definite go!  We had already agreed upon the punishment for George's absence when he shows up unexpectedly during the night with some friends. 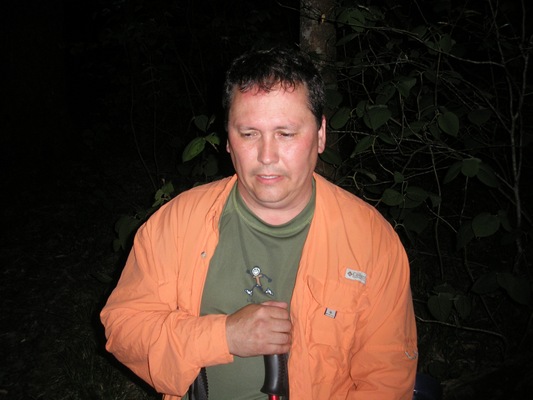 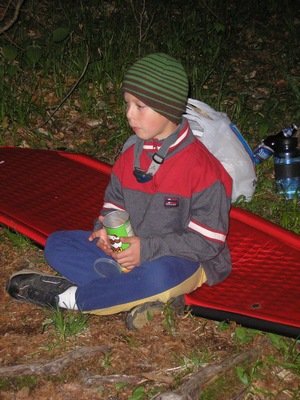 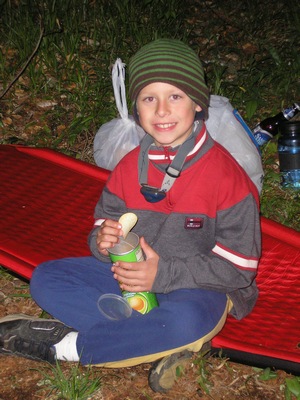 We were graced by two rare timers, Isaac and the Indian Outlaw pictured above.  He surprised us in the night with a late hike up with BC and Sally Dumplin.  I'd say pretty impressive that Vince was able to climb that hill so soon after his illness when we can't even get those lazy Valley Landers to come up healthy.  Keep pushing on, Vince. Anyone that can climb that is well on the road to recovery. 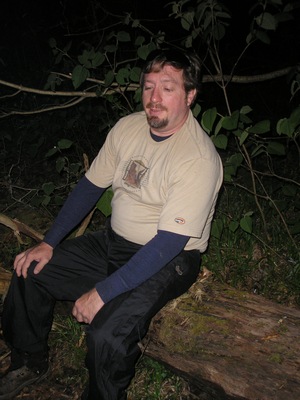 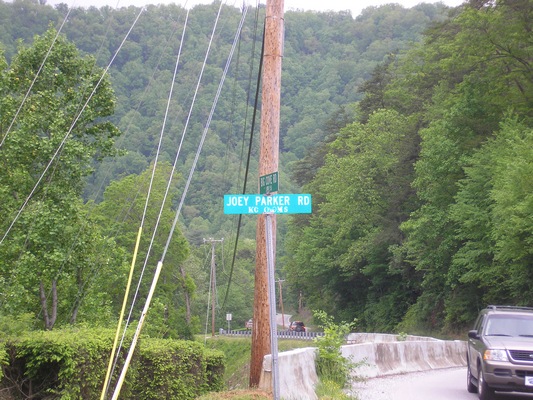 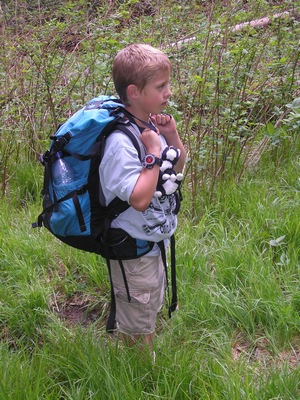 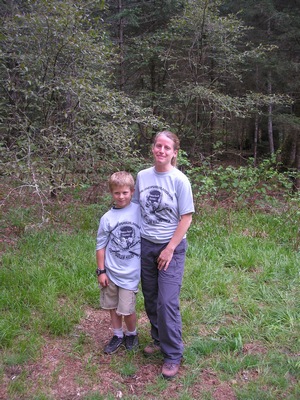 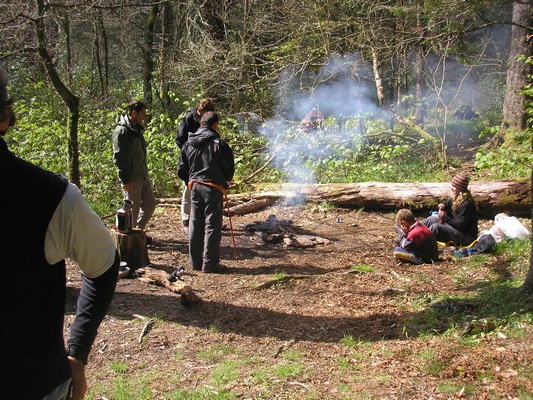 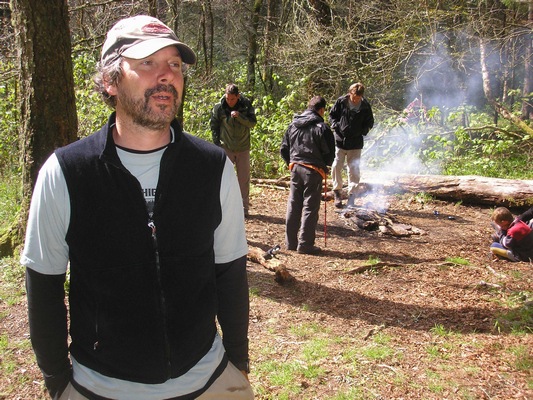 Grady practices his voice modulation by singing gospel bluegrass ballads early Sunday morning.  Unfortunately, he was asked to practice away from the group.  This rendition is,  "In the Sweet Bye and Bye."  Dave gets all choked up, everyone else is bowed in reverence. 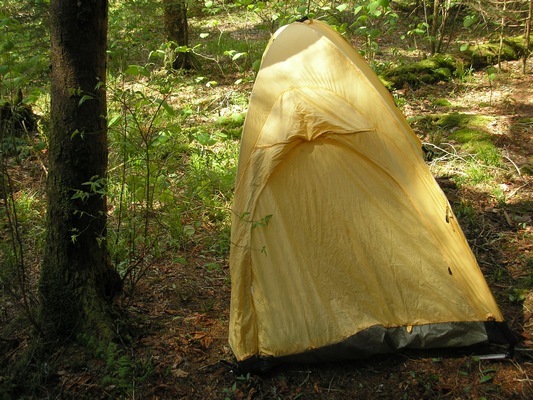 The Leaning Tower of Skidmore.  He was one snore away from dropping down the hill.  Notice that he has pulled out his tent stakes to the right. 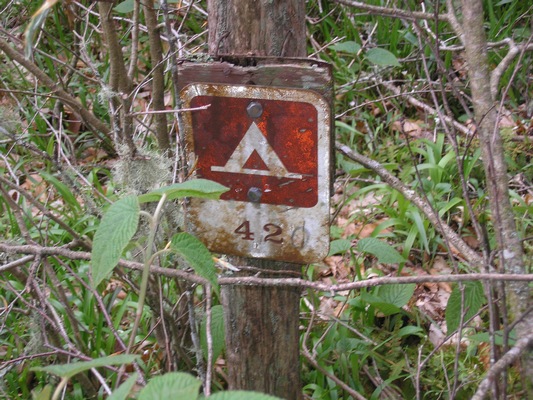 Some form of desecration.  This campsite is pretty small

and definitely different from the one I stayed at many years ago.  They have closed the original Polls Gap Trail.  After doing it in the 90's I can tell you why.  Briars, tons of them.  I looked like we had swum through a shredder when we did this back then. 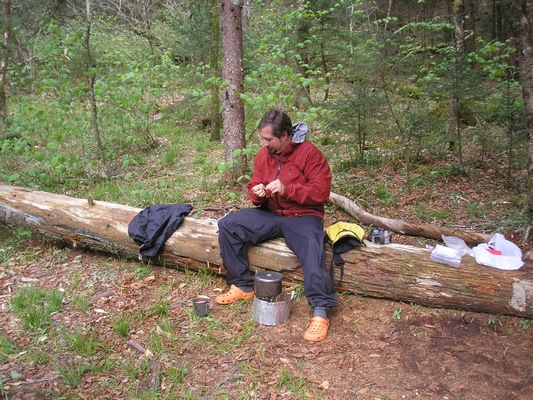 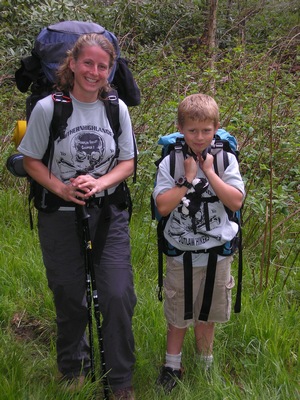 Isaac says,  "I want it toasted with cheeze." 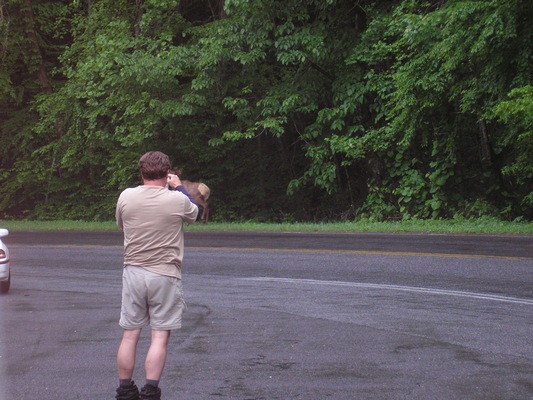 Martin takes off to secure the beef only after

photographing it thoroughly. (No, that is not his britches down around his ankles.) 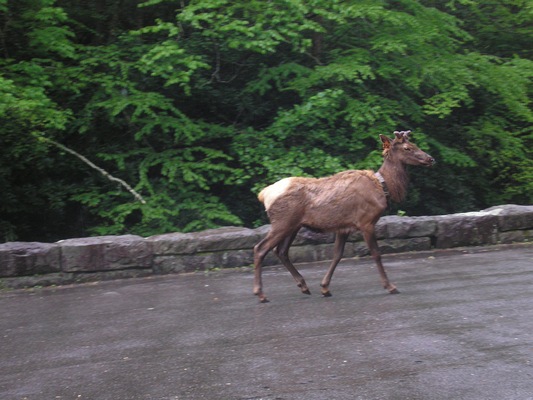 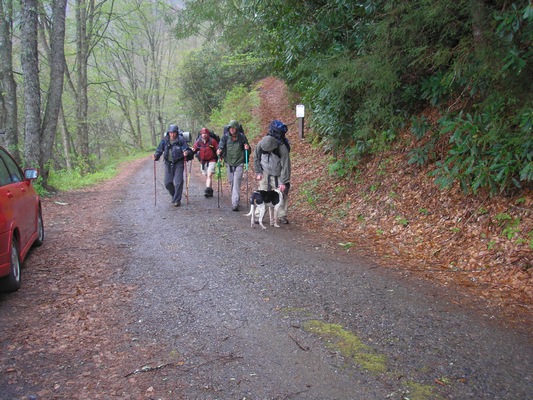