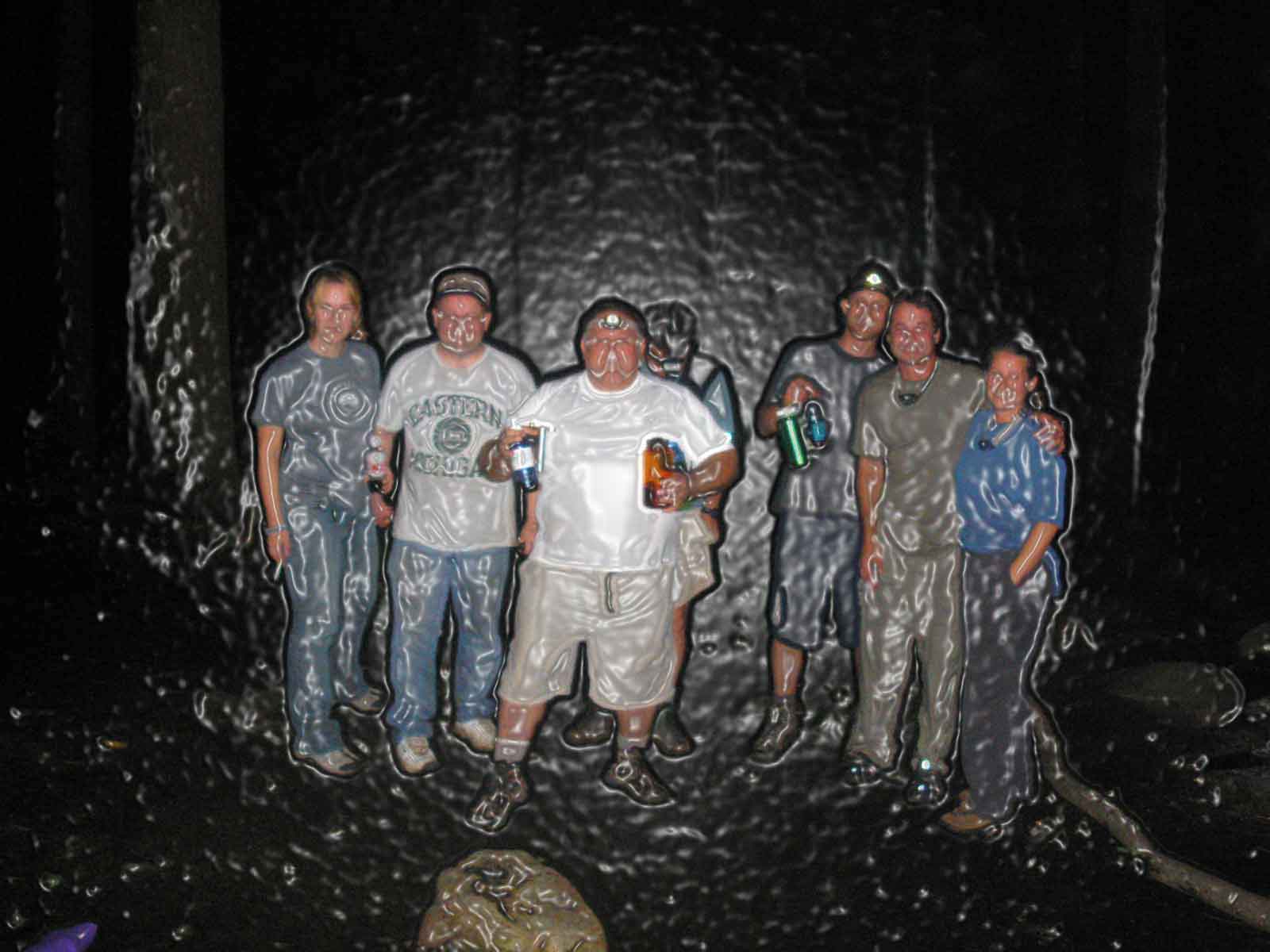 Highlanders and Highlander associates celebrate the splendor of an old Growth stand of timber. 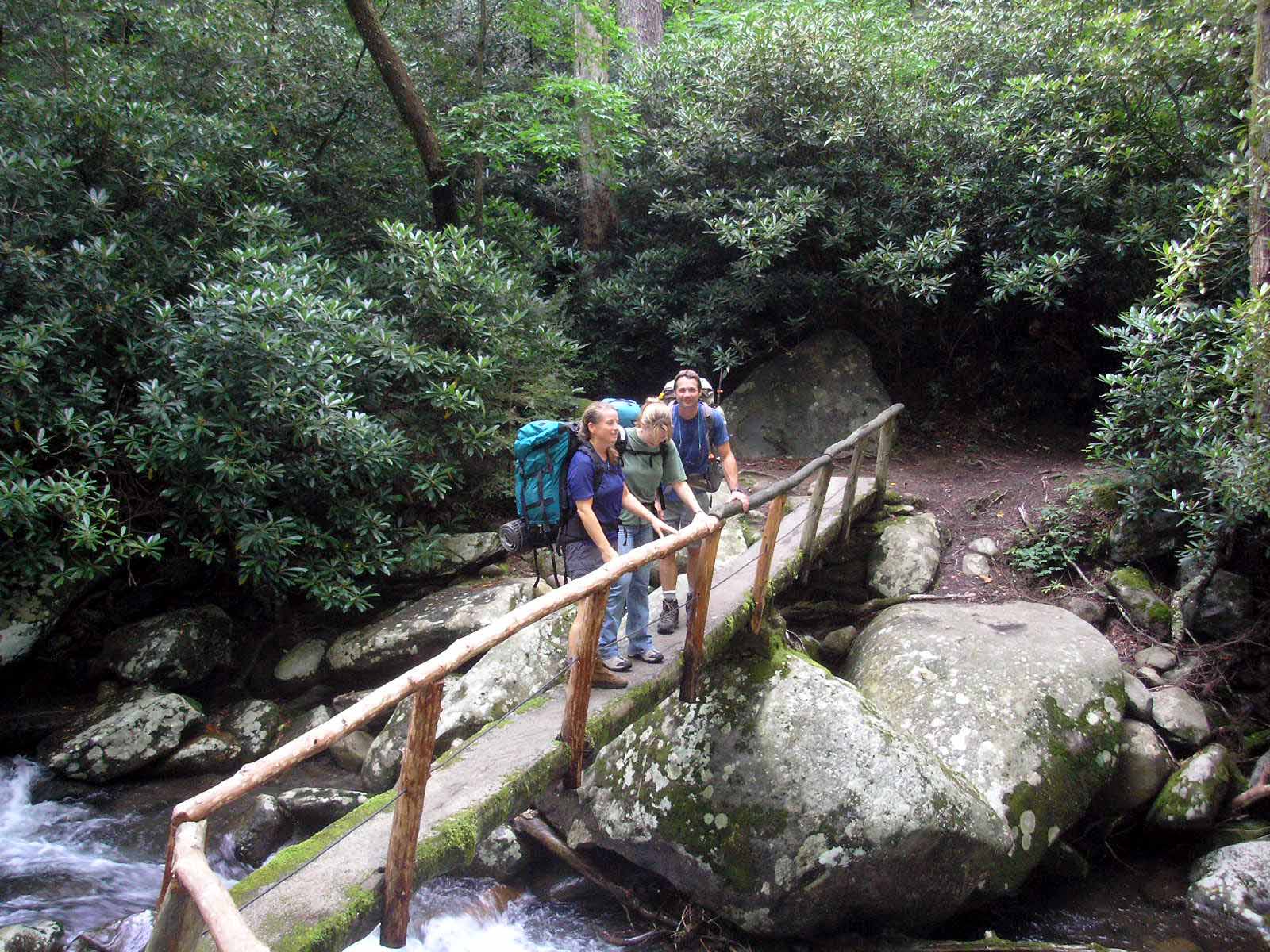 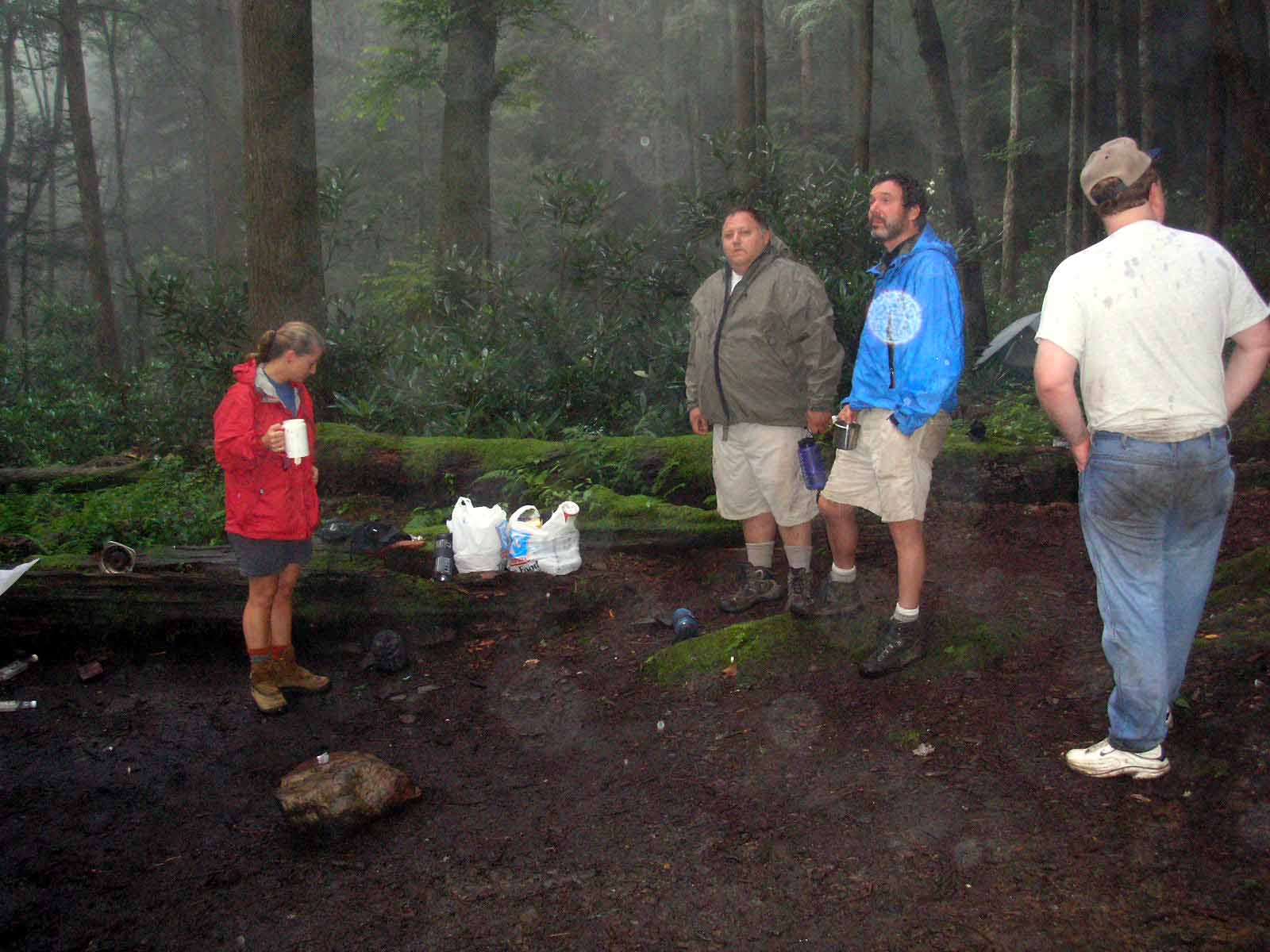 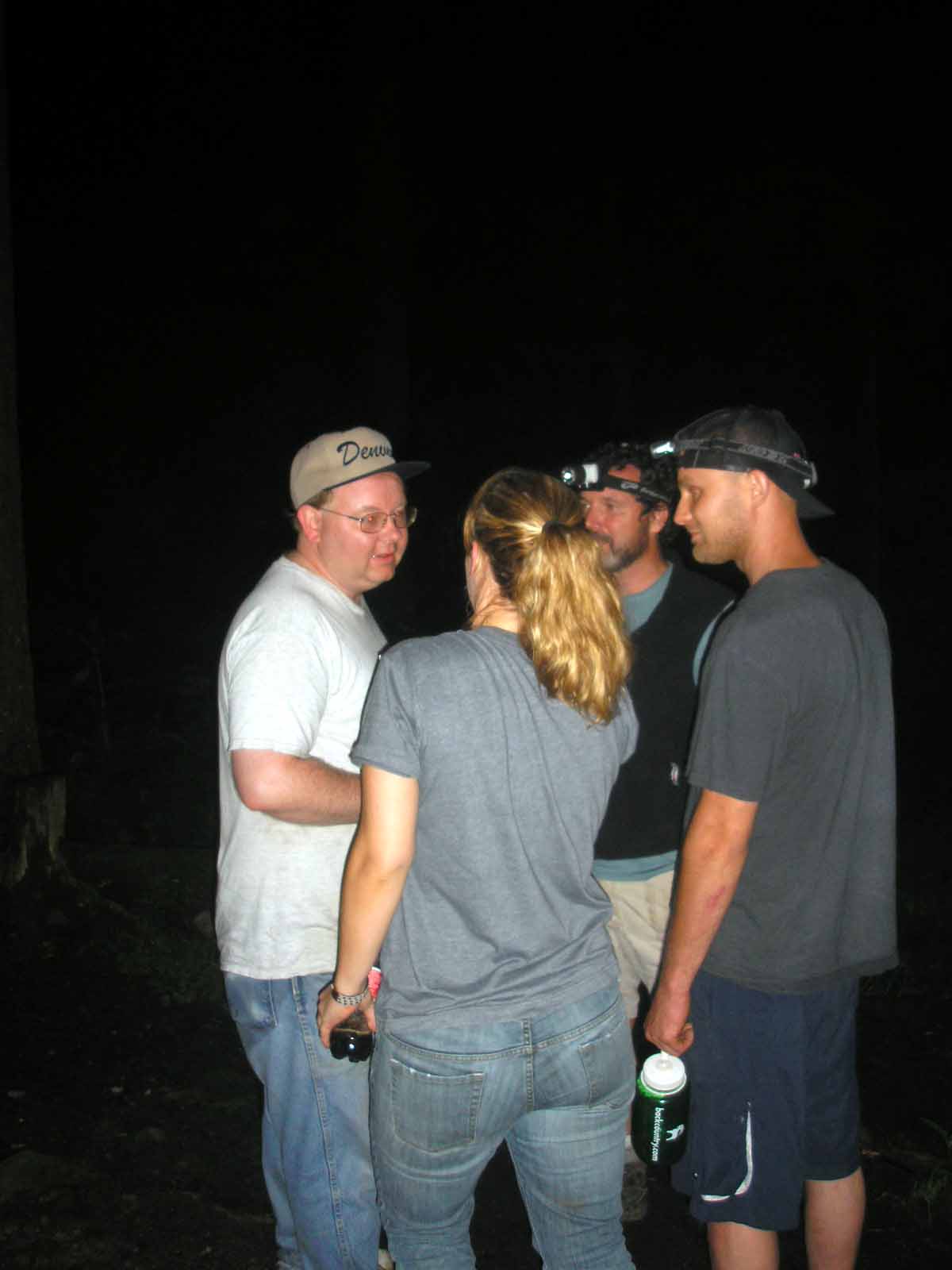 Discussions are made regarding who will be the first to explore the MAN WAY.  Clark attempts to decide who to allow up that precarious slope. 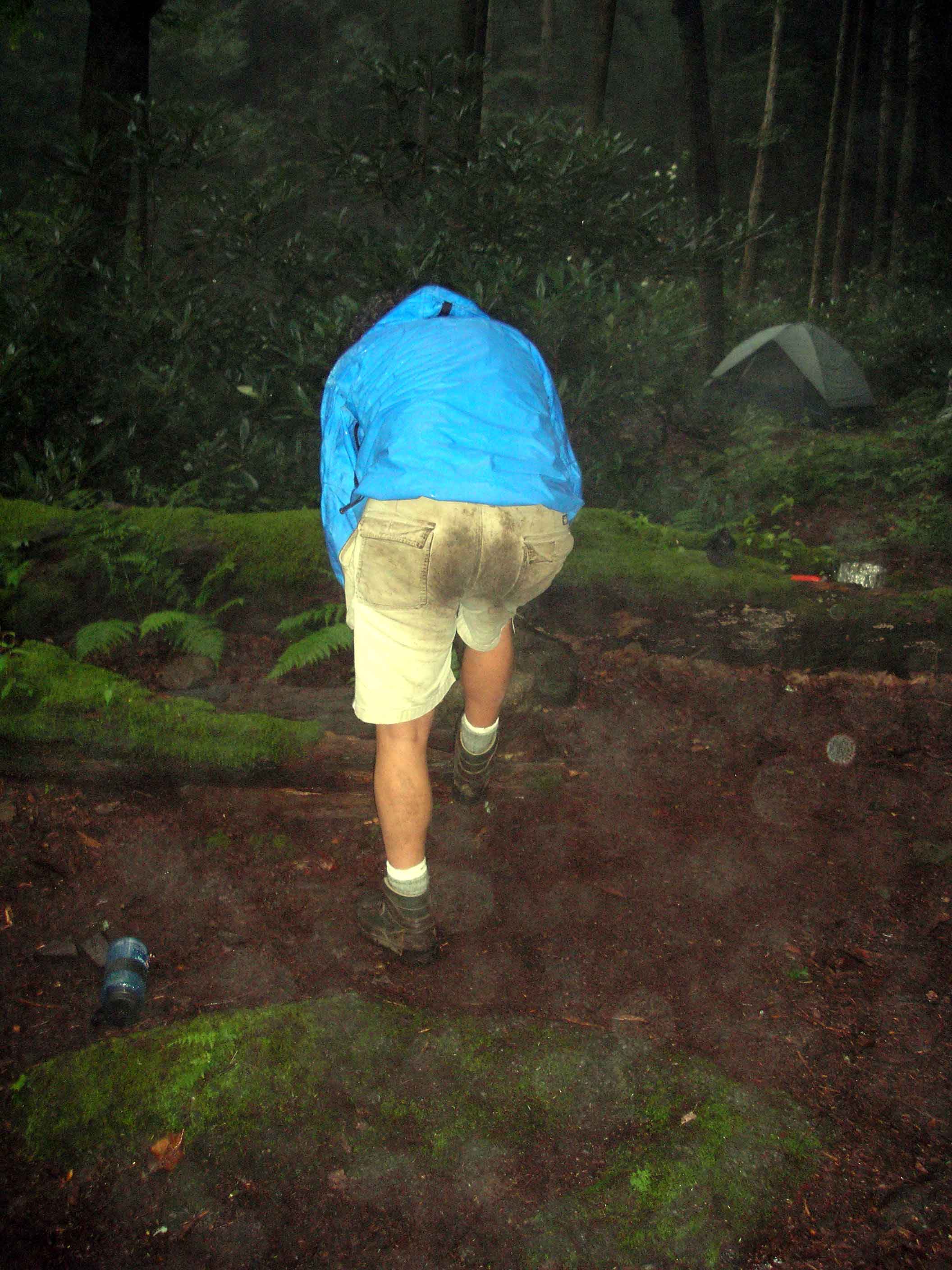 As you can see, it was a vicious fight with multiple victors. 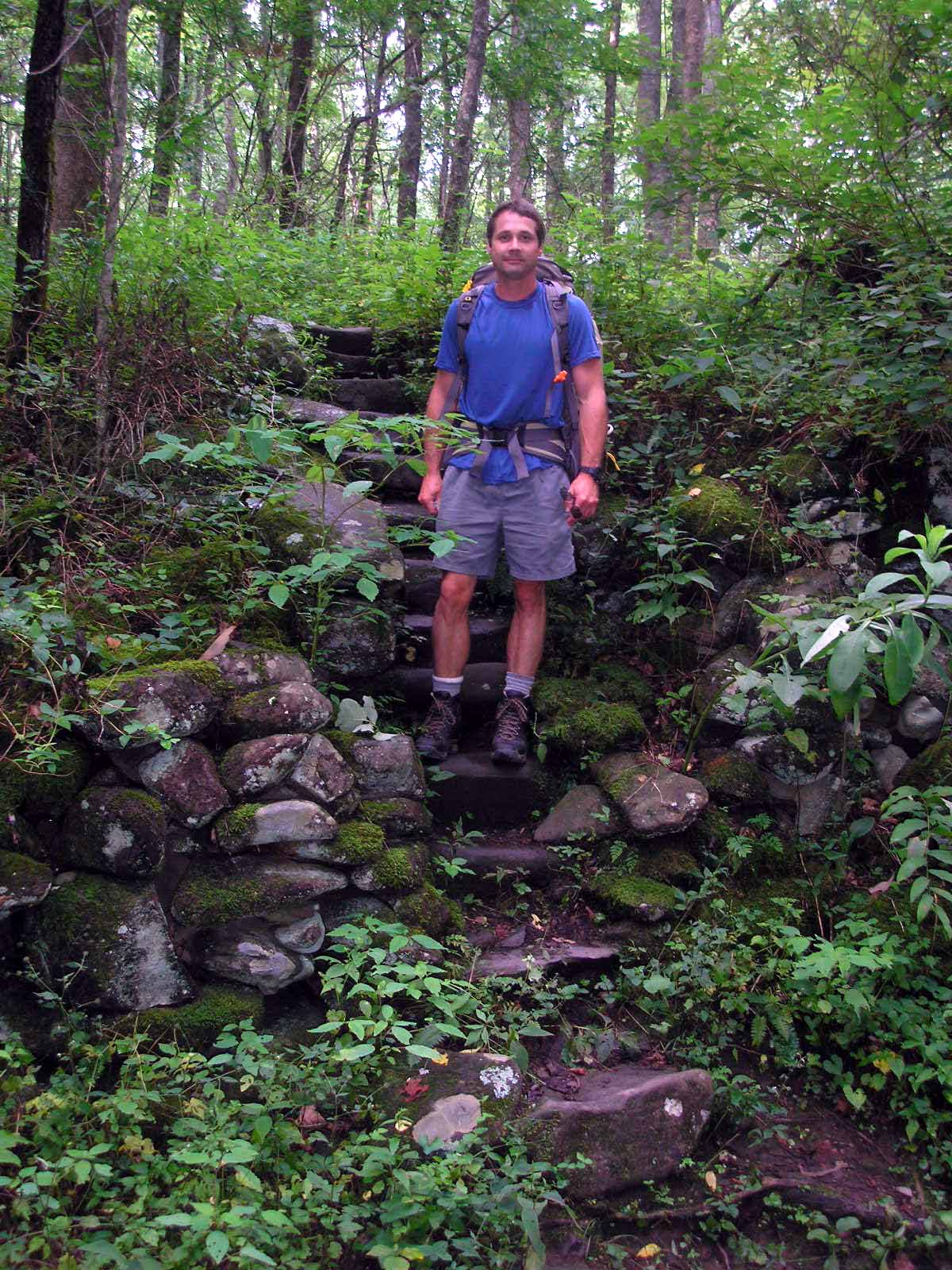 Bill Alexander explores the cemetery at the start of the trail.  What he finds are the remains of Highlanders who used to get yard passes.  It was explained to the group that if women were in camp, then most of the kept men would have to be excluded which resulted in their untimely demise.

What Uncle Brush Swine has realized is that he has once again bested Punk Moore.  I think that the official trip0meter places Uncle Larry at about 4 up on the Fuhrer 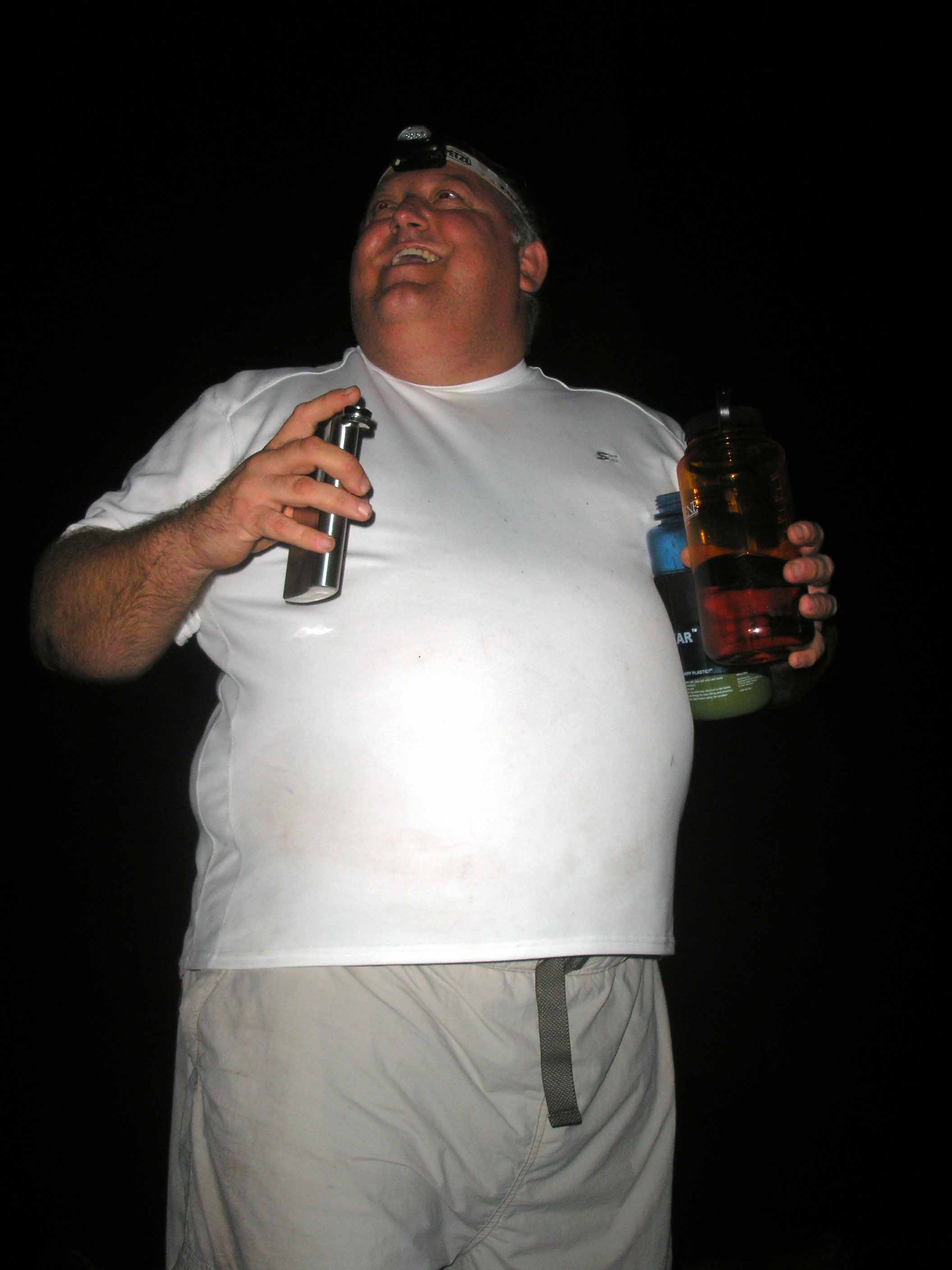 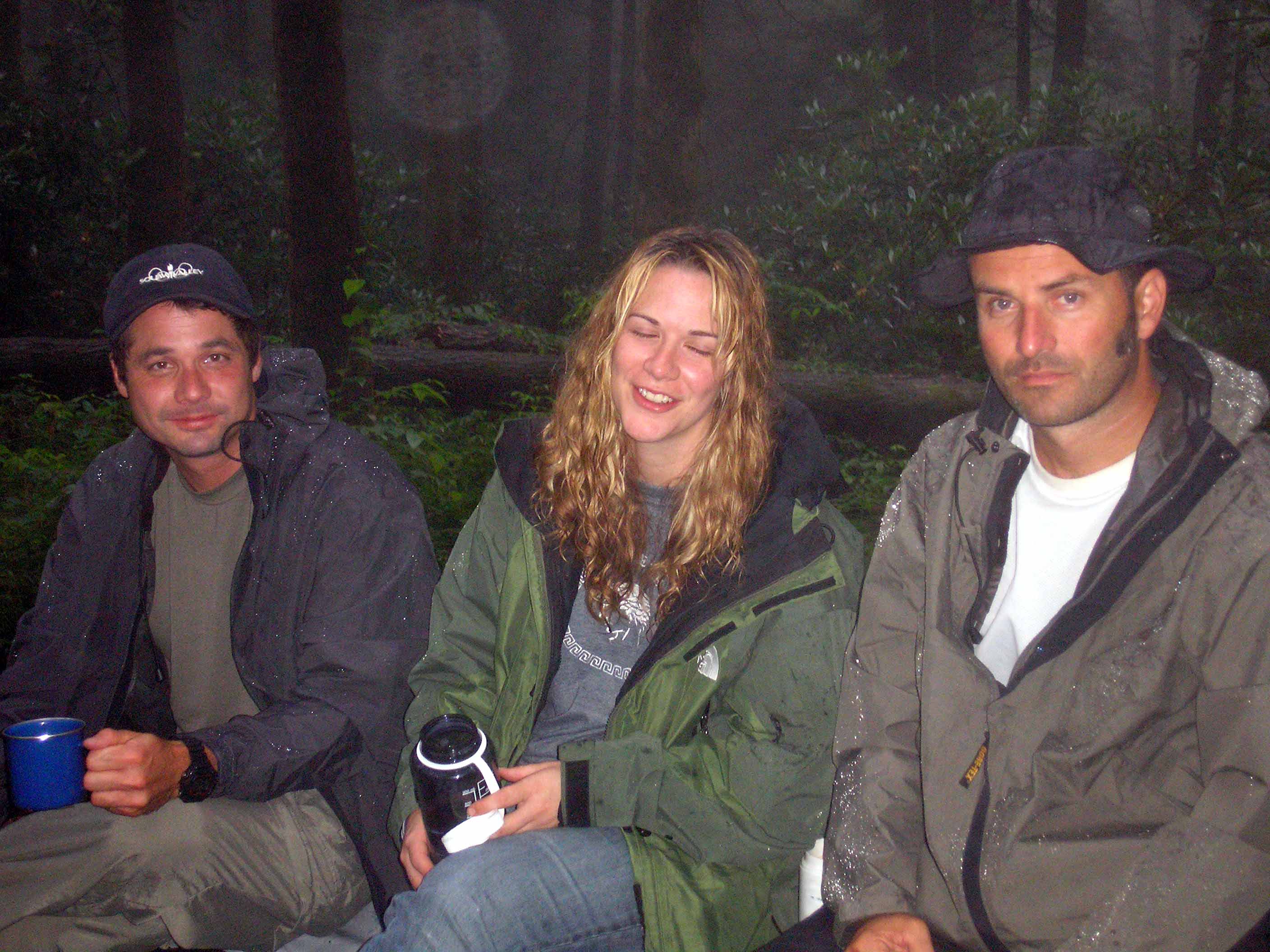 a slow morning as the mist rolls out of camp 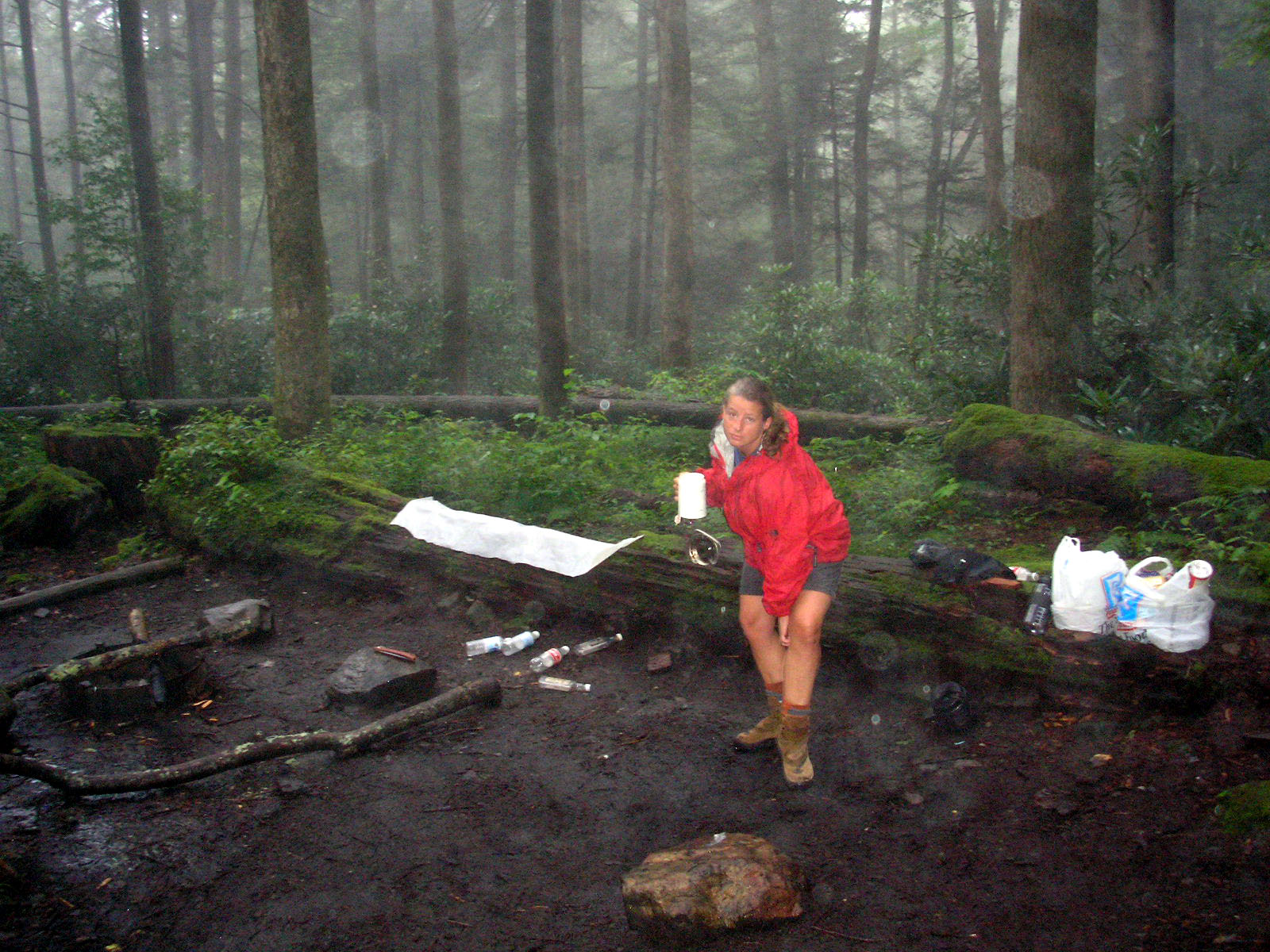 Beth does the hokey pokey and she spins herself about. 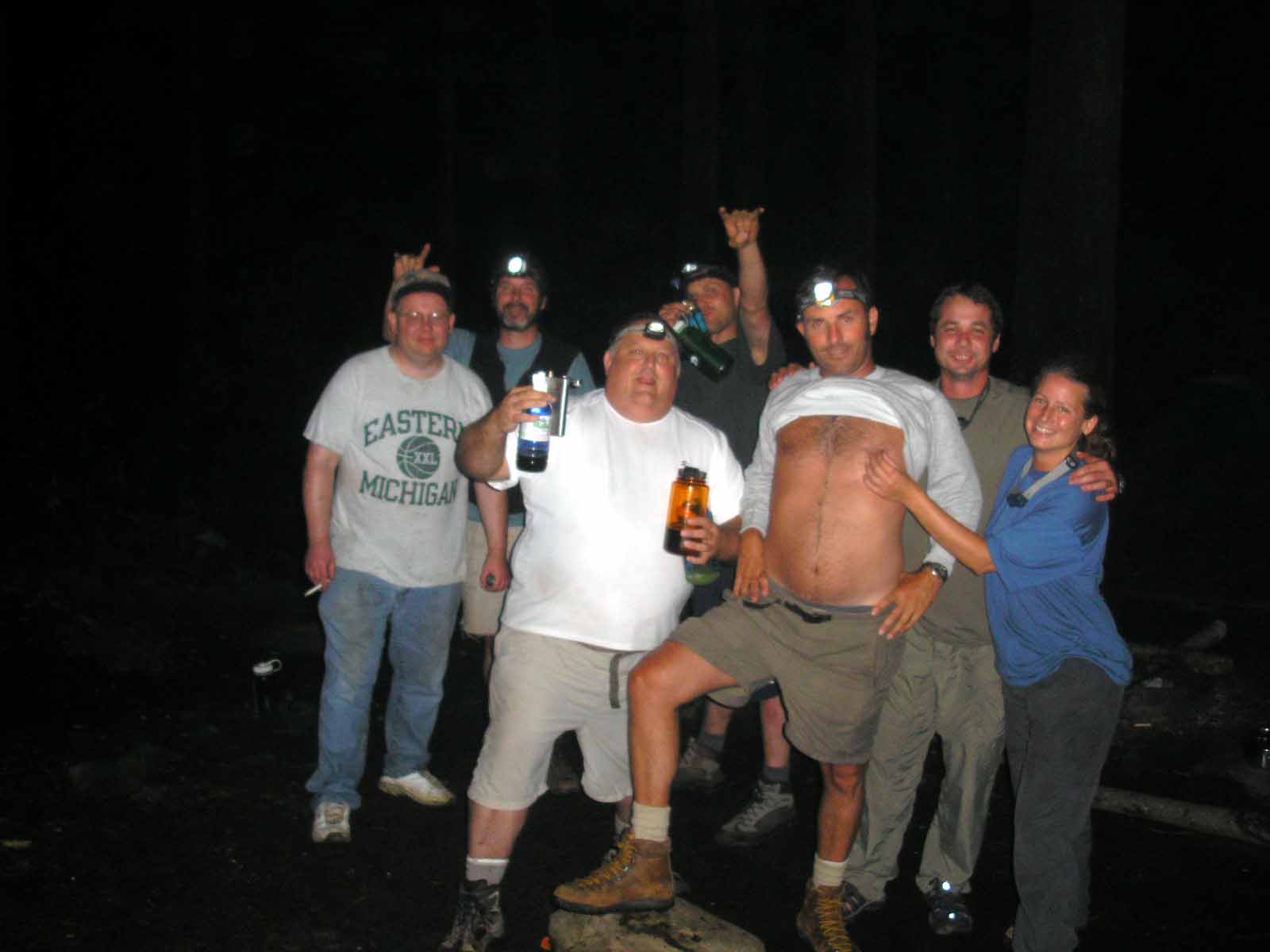