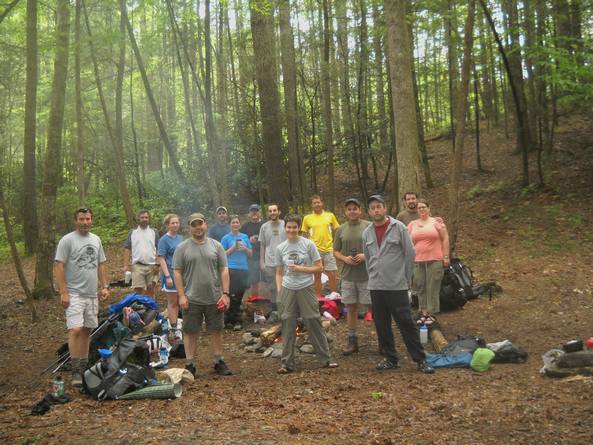 So many folks randomly arrived at the old campsite.  What a coincidence. 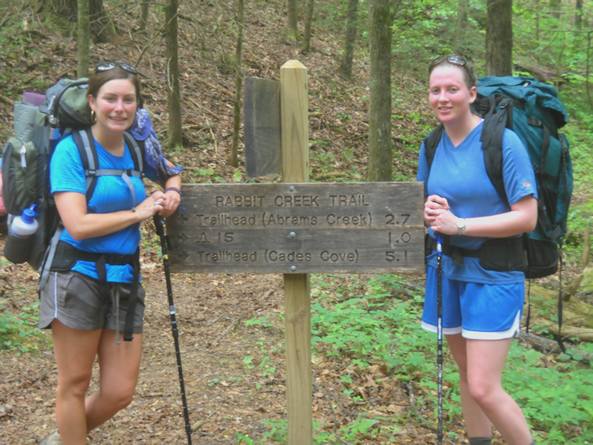 Jennifer undertakes her first backpacking experience.  We hope she finds it acceptable. 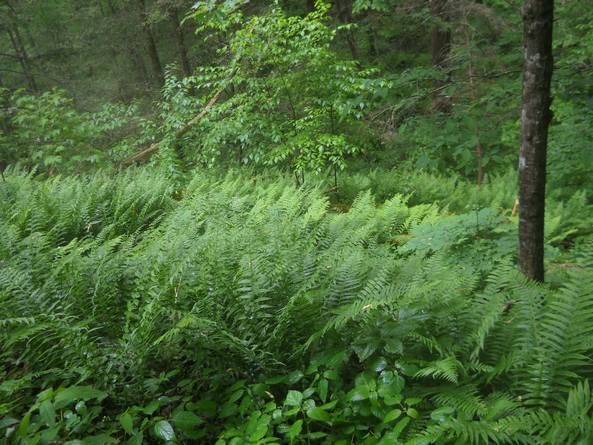 Yes, it a freaking Fernanza.  You know how I love them. 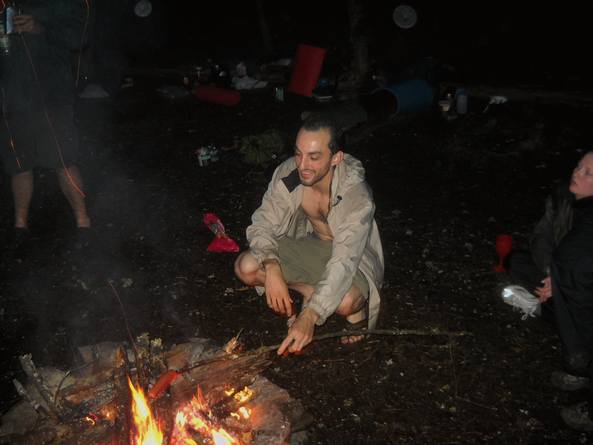 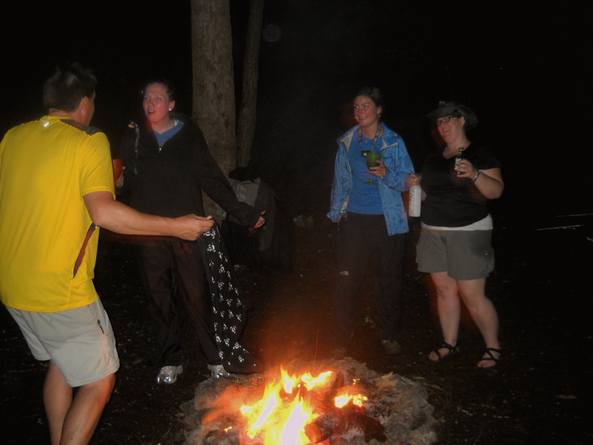 Something transpired here and that old dude George has some explaining to do. 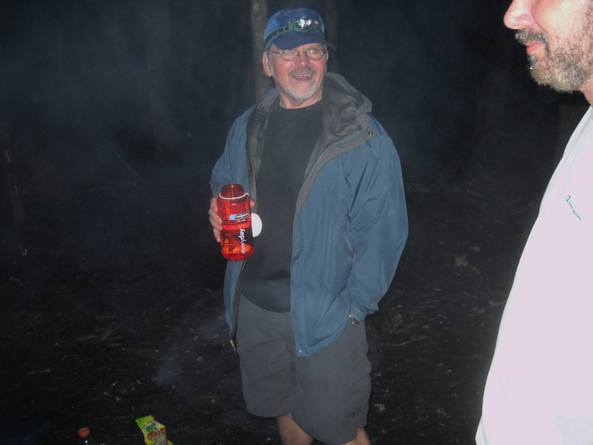 J mike realizes he was not imagining things.  It is Grady in all his glory. 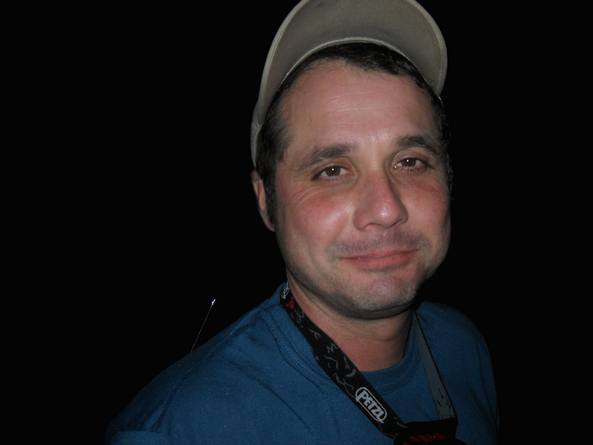 Still vying for the best looking man in camp honor.  So much so that he deleted the other pics from my camera.  Guess this one was acceptable. 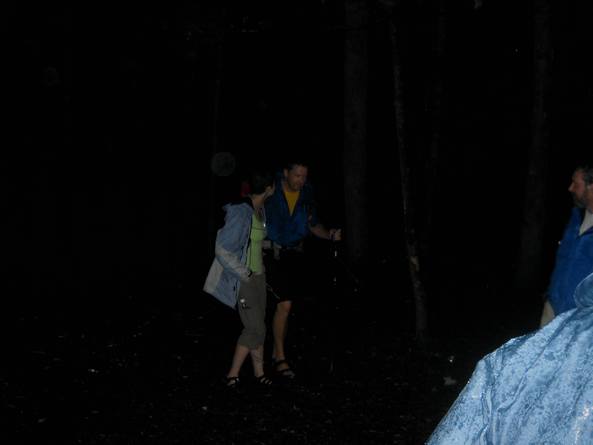 In order to maximize his rain exposure, George begin his ascent at dark.  Not that rain was really an issue at all.  Larry seemed to think we were as miserable as we could be.  I don't really remember it raining to the point I had to gear up. 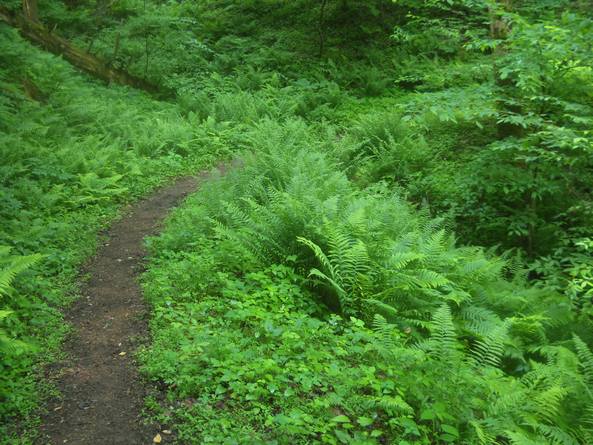 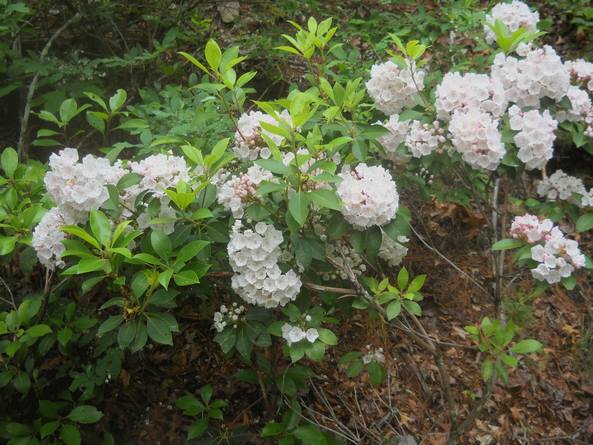 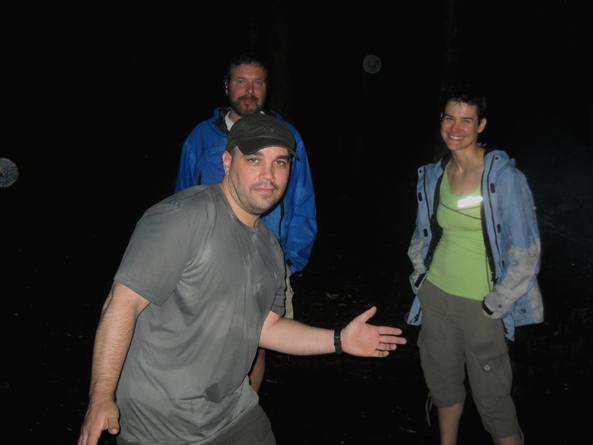 We run into an old acquaintance, Lance.  He enjoys backpacking alone but was disappointed this trip.  Incidentally, we discovered that he has a hiking buddy with which we Highlanders are familiar, Mr. Jeff Woods, the spotted Woods Tattler. 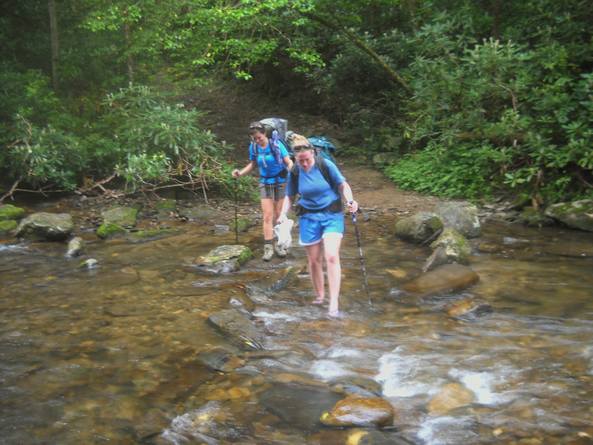 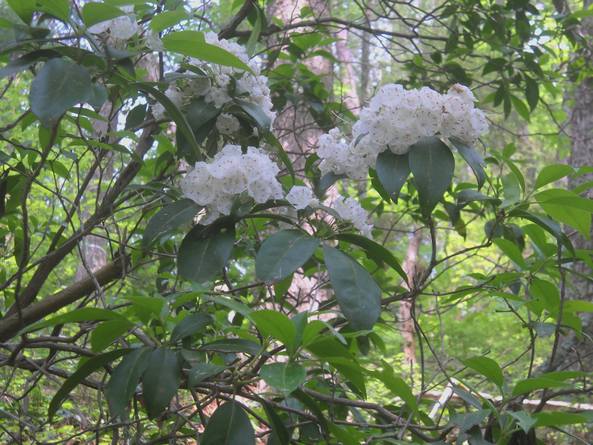 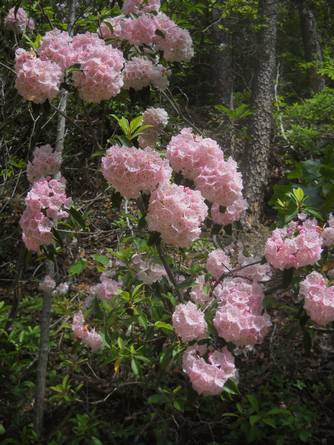 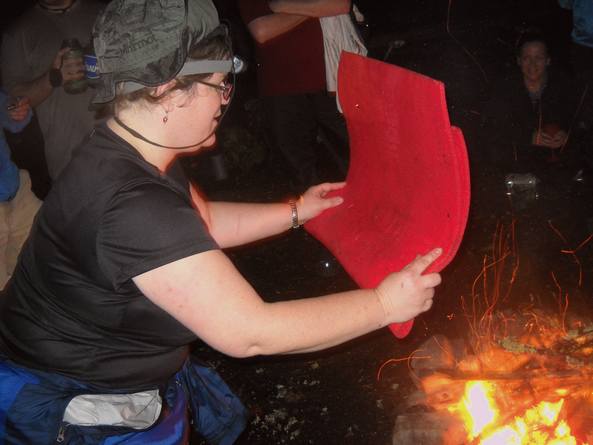 McLovin is going to town.  downtown McLovin it. 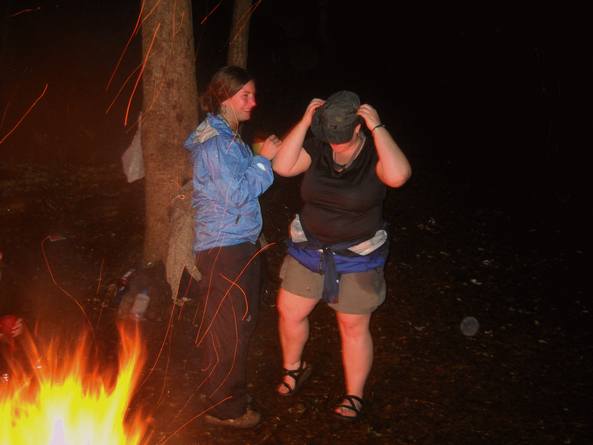 She's going to roll up her hat and dance a jig and sing some more. 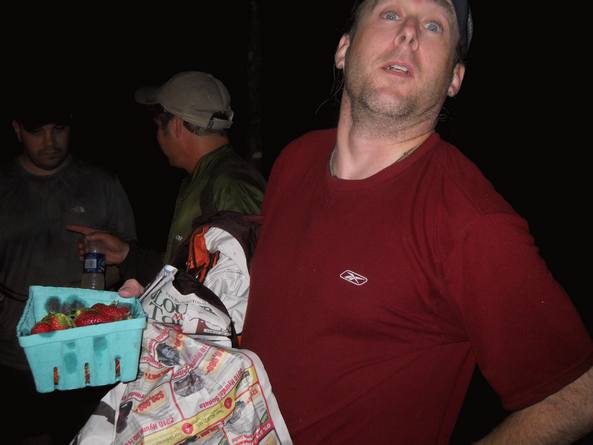 Happy Umbergler woos the womenfolks and some of us men with strawberries.  It didn't get him any tent company although Grady apparently found himself with an unexpected companion throughout the night. 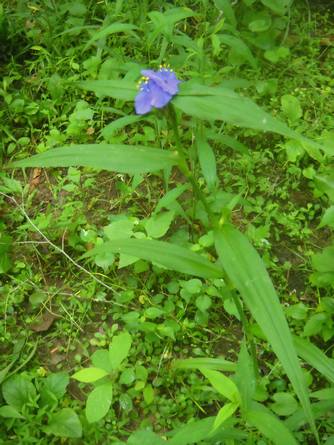 Mr. Rocky Ledge, this is a good one.  I'm not even going to give you anything for identifying it.  Just for giggles though, if anyone beats you to the punch, I will give them a sticker. 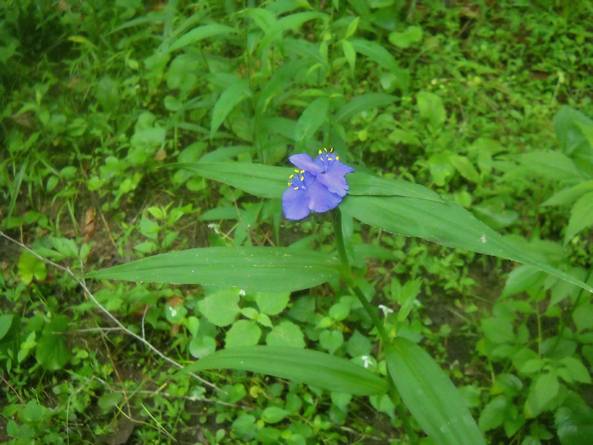 It was a wonderful outing.  Plenty of great company, lots of varied hiking routes.  Bill came in from the cove, Andrew and Jacqui did two nights from #2 up to #15 to meet us, the rest ascended from the backside of Abrams Creek about 4 miles or so.

Your musical gift of the week.  Coming up is a meeting with the Muir Faction, a 5 day Appalachian Trail hike and much more on the horizon.  Contact us as we are not posting stuff right now again.  Peace.