Spring Time in the Smokies

Last weekend we did the Citico Car Camp and fishing tournament.  I took no pictures, the camera seems to remain attached to my backpack and since I did not bring it, well...............(If someone sends me some, up they will go)

We had a great, albeit wet time.  Those who attended persevered through a very rainy event.  Uncle Larry chose to stay at home.  When he found out about the rain,  "Something suddenly came up.."  as Marsha said.  I would not have even found out had I not called him on his way out of town on Tuesday.  The inauguration of Sally Dumplin was successful, Outgoing President Hitler gracefully relinquished his two year reign as DV president and we all thanked him for his years of service.  He is a valuable asset to the Highlander organization and is great at organizing the annual whitewater rafting event and we expect that to continue permanently.  It was suggested by Hitler that he needed an administrative assistant to begin the arduous work of compiling his papers for the Presidential Library and Uncle "I won't camp in the rain" was elected to serve under Pat Moore and perform clerical tasks as assigned by Hitler.  Dog Dance put on the usual fishing clinic and we sang spiritual hymns and had a communal trout luck dinner.  I was glad to contribute my 3 fish and Ethel did the Jesus thing and made them multiply.  Billy Ray Shands and Elwood were in attendance.  Gobbie is still in time-out as far as anyone knows until his ear heals.  Bill informed me that Gob will not be allowed to attend Bonaroo this year either.

On Wednesday, I took the Academy kids on a loop of Little River Trail to Cucumber Gap.  It was an absolutely gorgeous day and the wildflowers are beginning to bloom.  Plenty of violets, daffodils, trillium, hepatica and jack in the pulpit flowers are doing their thing on the Cucumber Gap. 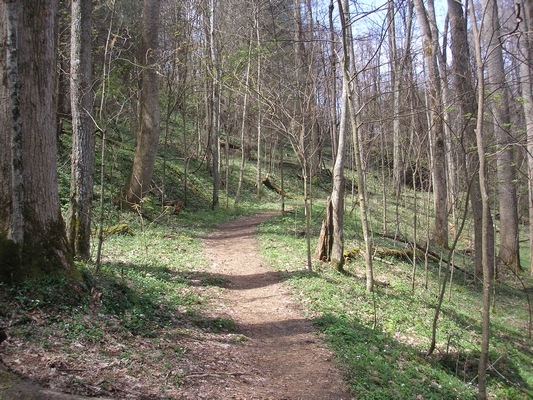 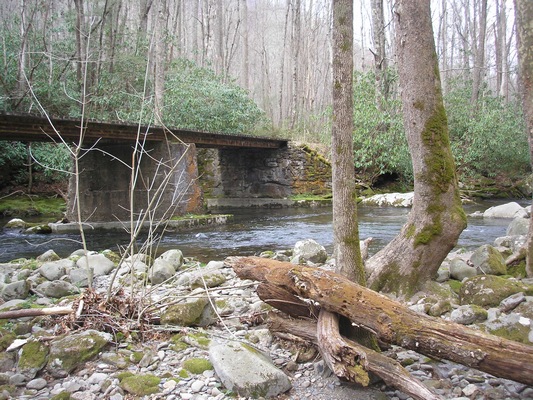 (where Dave and I saw the otter last fall) 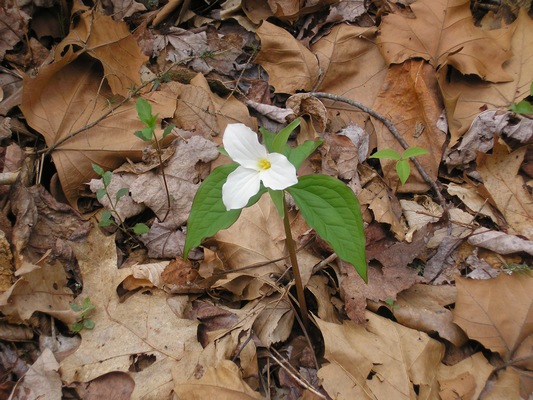 Today I saw Beth off as she begins her three day solo trek through the Elkmont/Tremont area.  I plan to meet up with her on Saturday and proceed up to Derrick Knob to meet Sally Dumplin and BiCurious George on their trek from Newfound Gap to Fontana Dam.  As of tonight, they should be somewhere near Silers Bald or Double Spring Gap.  They sure have a great weather window.  Tomorrow doesn't look so good but Saturday is going to clear up and turn chilly.  Make sure to get out on the wildflower trails, you only get a short window to do that and this year looks spectacular.  If you plan on joining us at Derricks, I am afraid the shelter is full.  Bring a tent and be the OUTLAW.  Stay tuned for future events, I can promise you a posting early next week.