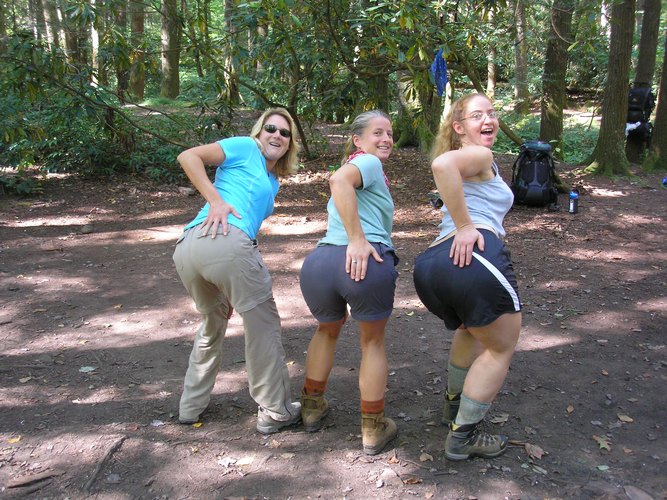 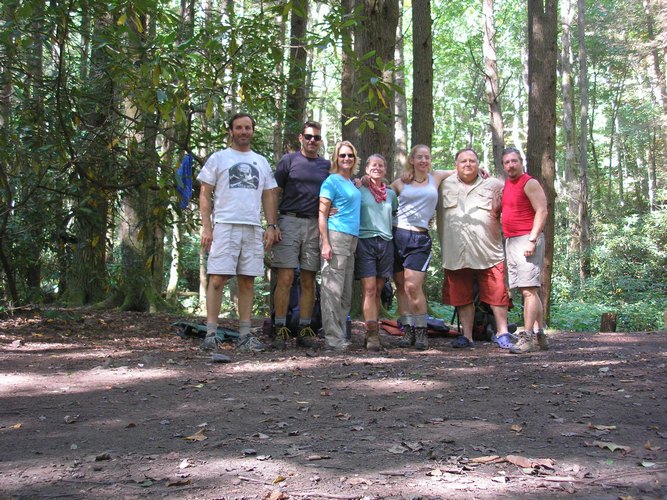 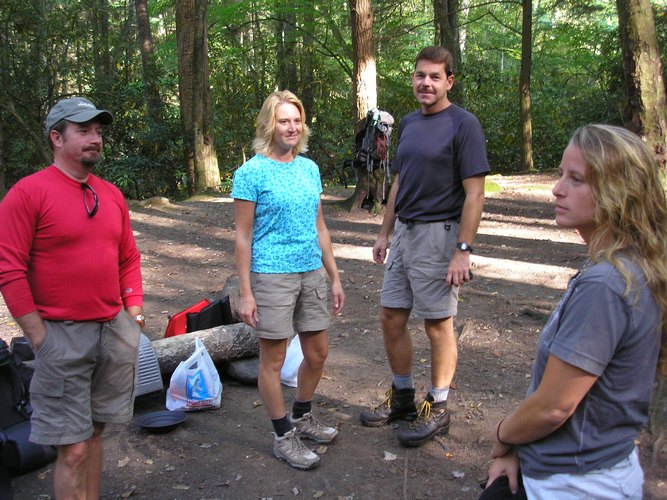 You know, in keeping with the album cover theme.  I'm going to go with a Waylon meets the Judds. 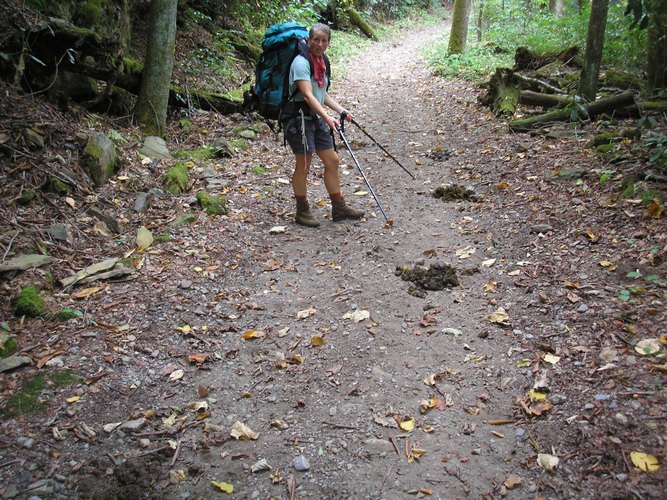 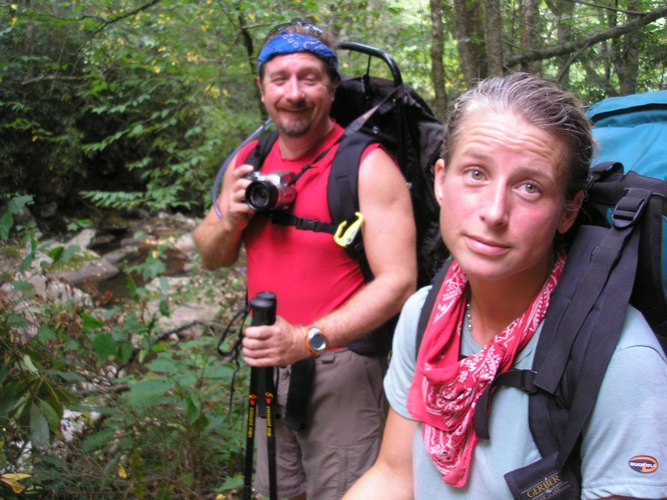 Martin asks Beth if she has a problem with crap. 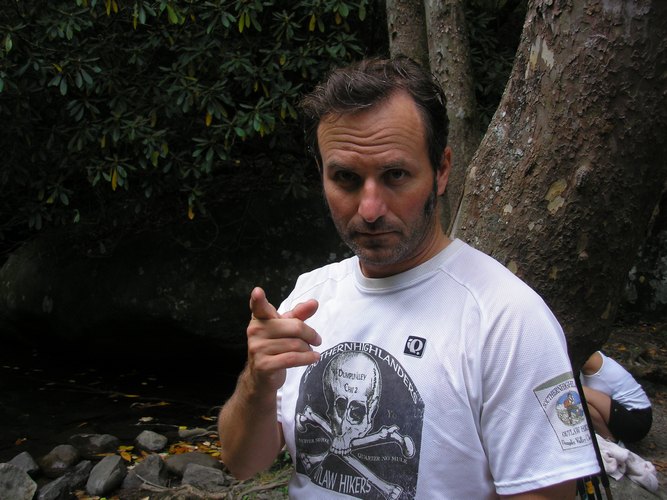 I inform them that no one but me is allowed to have any problems with crap.  Discussion closed. 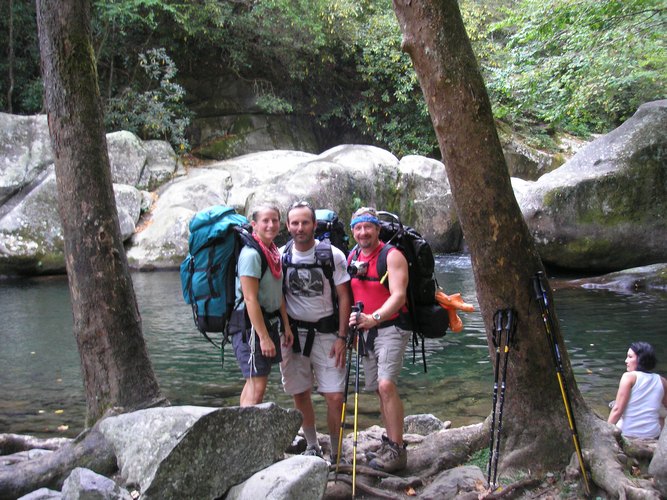 Midnight Hole is good for a swim. 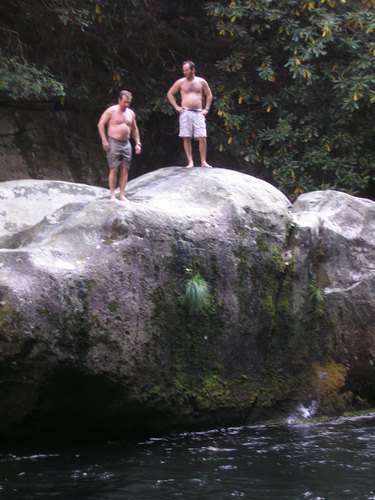 As a matter of fact, I force Martin off the Rock. 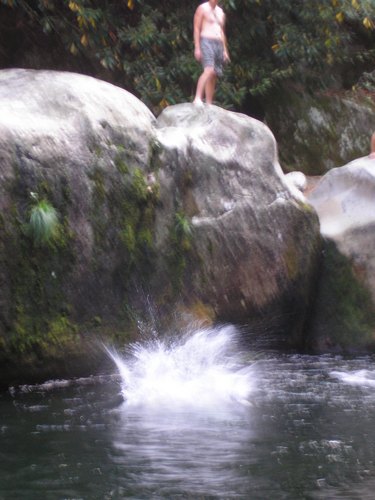 Then jump in after him. 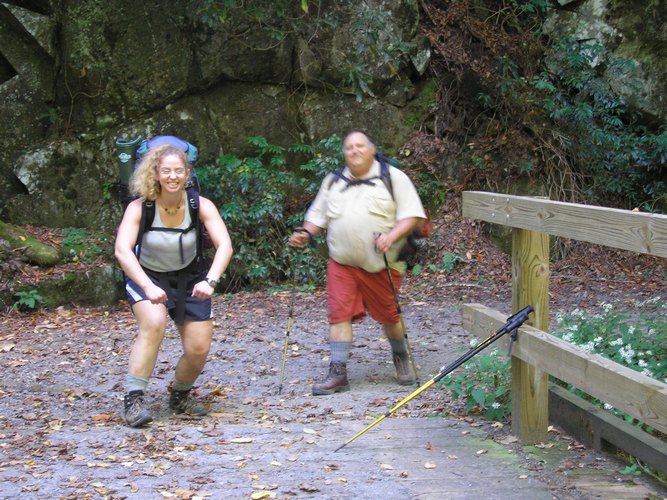 Kirby arrives to save the day. 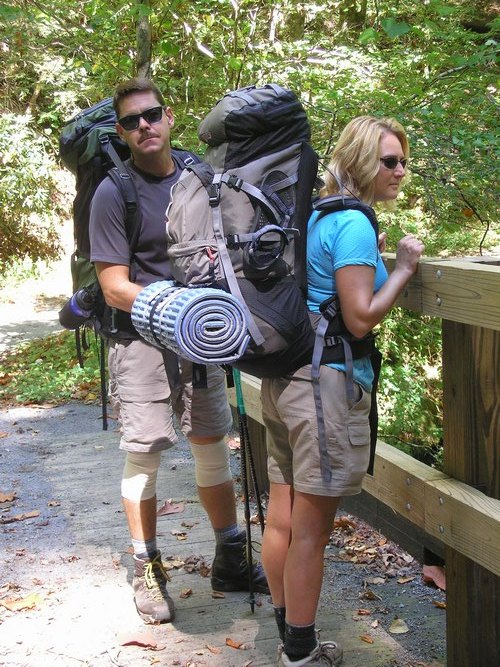 A couple that backpacks together..... 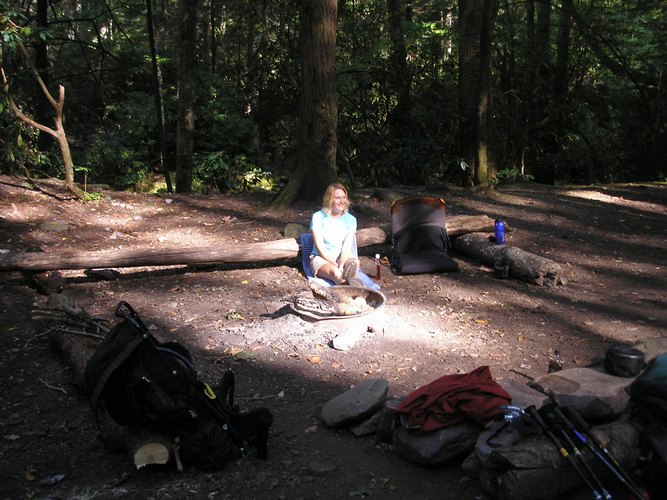 .  I wasn't doing anything, Cindy. 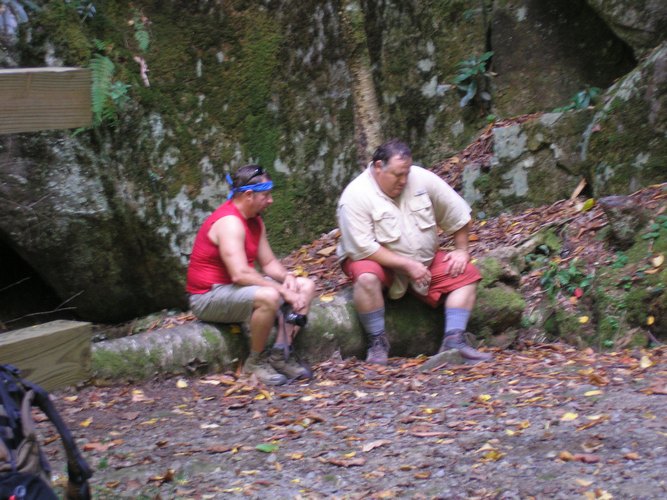 Martin comforts Larry over the loss of his manhood.  Apparently, Kirby carried all his stuff up the trail and he was caught trying to put more stuff in her pack.  Martin breaks the news that part of being an Outlaw Hiker is that you have to often shoulder your own loads and from this point on, no more slacking will be tolerated or the Edge will whip his tail on up the trail. 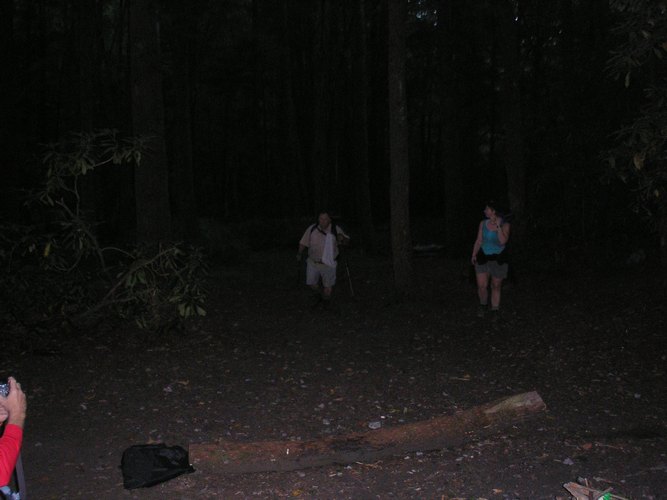 Larry pulls himself together and thanks Martin for the motivation. 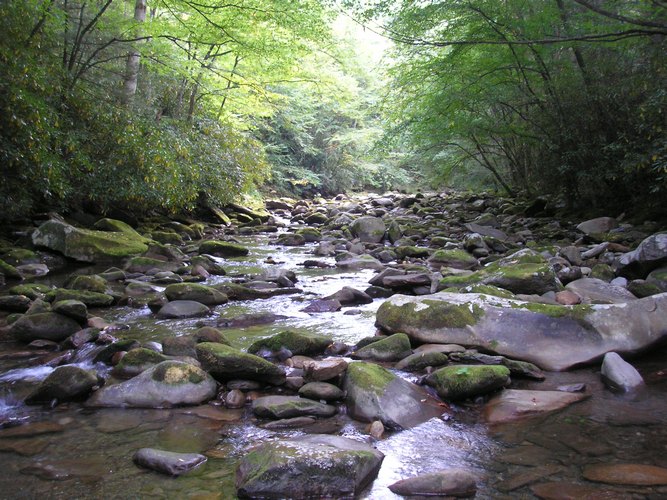