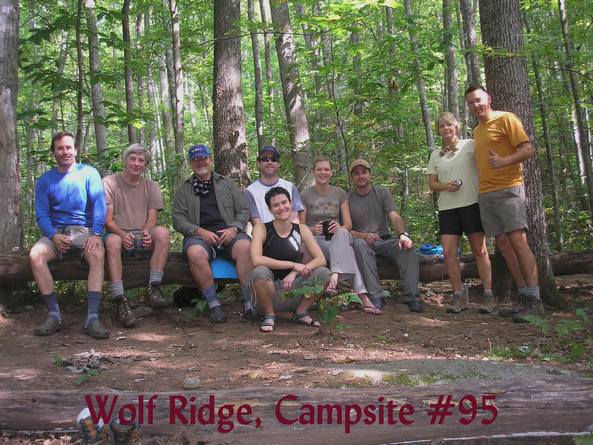 Not pictured is the family McGhee.  They were busy dealing with bears and such. 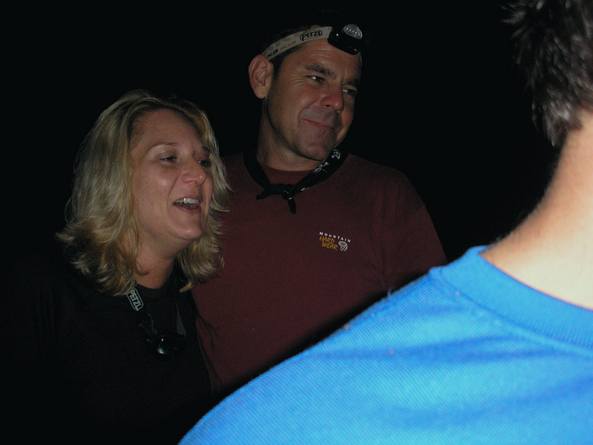 I'll bet they didn't have this look on their face. 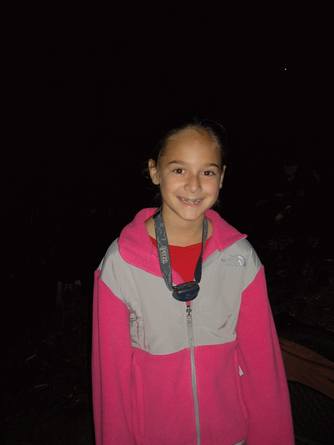 Or this one.  Dave said that Holly was excited about their encounter but not smiley.  (Here is the context of the McGhee's run in, as related by Sally Dumplin himself,  On our exit we had two bear encounters. One cub stood in the trail about 15 minutes outside of camp. It was obviously looking for its family, but paused for about 15 seconds in the trail before he spotted us and ran. I was all caught up in moving the girls into a good vantage point to see the little feller, that I never pulled my camera out. I was trying to find mom mainly. About 30 minutes later on the loop trail, I spotted the brush moving in front of us and eased everyone over the ridge to see a mom and two tiny cubs working their way down the ridge. I got one picture of this family but the thick brush blocked most of the picture. Cool stuff. The girls had a lot  more spring in their step after that. Fortunately, I had an extra change of drawers. 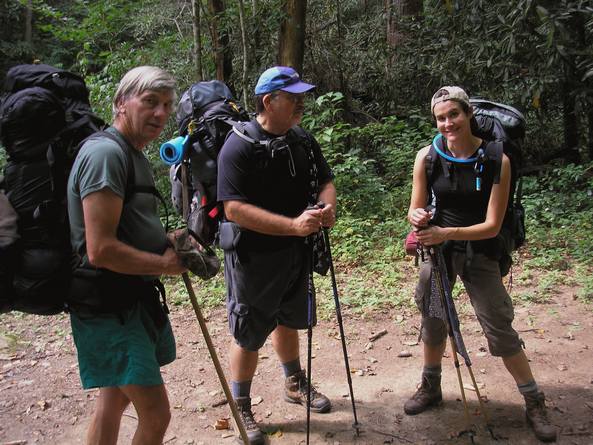 This was my hiking group.  That guy on the left is the elusive Jack Hutchens, with a backpack, intending to camp out, overnight!  Jerky Mike scans for trees to fell and Jacqui says she is going to punch the next person who says anything about the baseball cap. 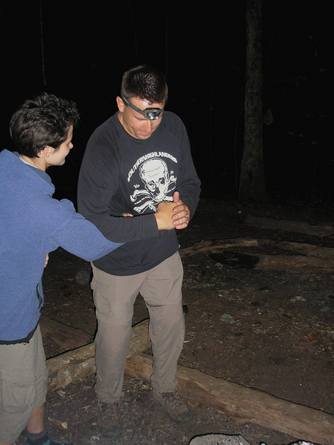 (At least he was able to remove it from her head before intercepting the low blow.  Good work, George) 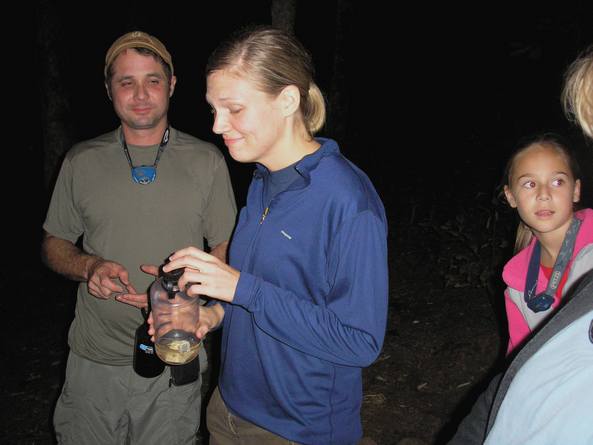 This is High Speed Alexander, he went to Webb School.  With him is Sara, who is getting schooled about the benefits of iodine treatment for H2O.  Perhaps you can get Bill to carry his filter.  I do appreciate the lemonade, though. 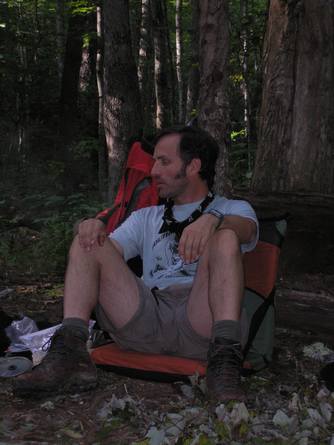 It all started as we were sitting in camp wondering what a little late afternoon stroll would be like.  I didn't notice that Jack had already departed so at the late hour of 5.30, we departed for Parson's Bald.   (Okay, Okay, without a headlamp or water, now are you happy, Bill and George?) 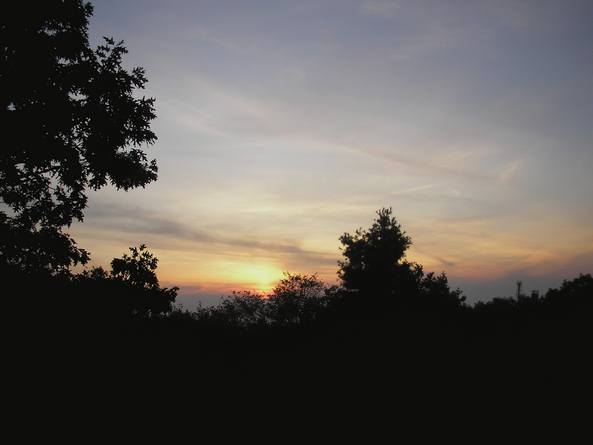 We made it to Parsons Bald, about 3.5 miles up from our camp as the sun set, passing Jack on his descent.  This necessitated that we run back down to catch up with him to take advantage of his headlamp and trip back down to camp. 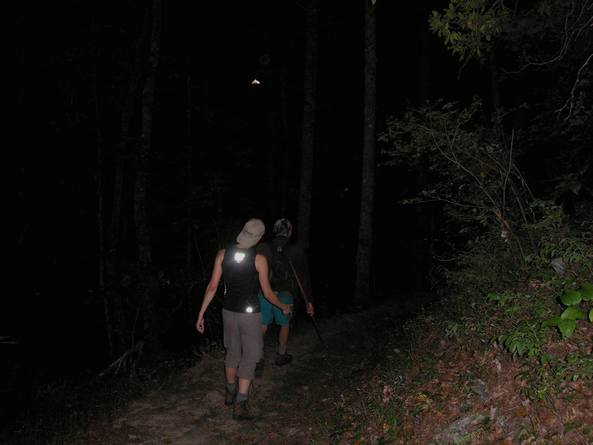 This is the essence of night hiking.  For a while I followed those aliens on her back and for a while I crawled up inside of Jack to duplicate his footsteps.  It was a long descent, imagine what that would look like without the lighting. 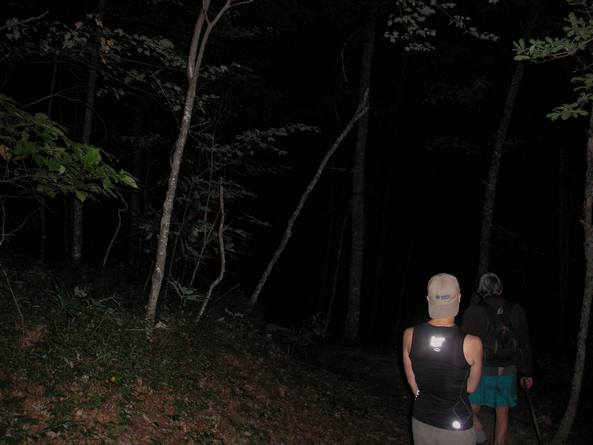 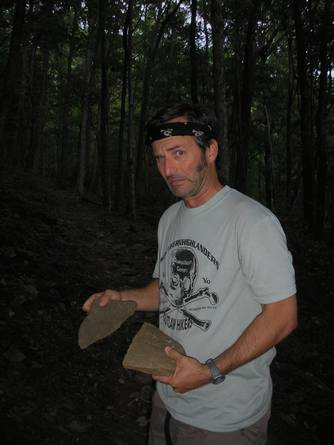 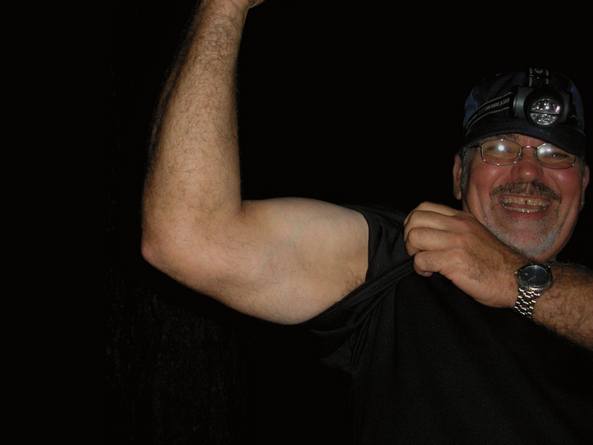 Stumbling in about 9.45,   Muscle Mike was there to save the day with a free ticket to the gun show. 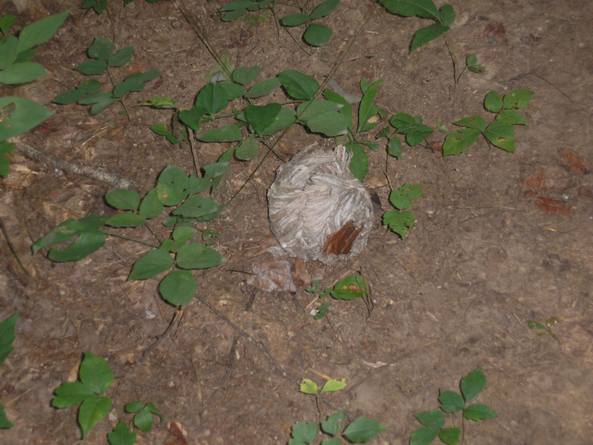 High Speed Alexander, the Webb school guy, got three stings on this trip.  That seems to be a pattern for him.  The yellow jackets are out and very perturbed right now.  Yes, it is September.  Bill said it looked like a soccer ball.

The next morning, we departed out the 20 mile loop to make it a true daily double loop hike.