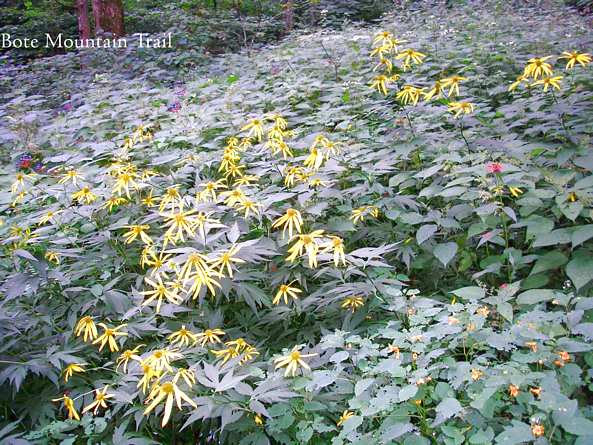 The Highlanders are back in the woods with an overnight to Anthony Creek and dayhiking to Spence Field.  While I organize the pictures, I would like to see who can identify the flowers we came across below.  I don't have any prizes but will give a Southernhighlander bumper sticker to the first to properly name these below, whenever Jerky Mike gets them printed. 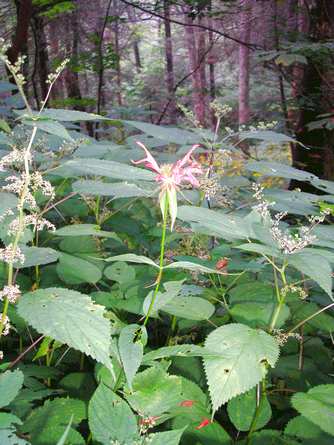 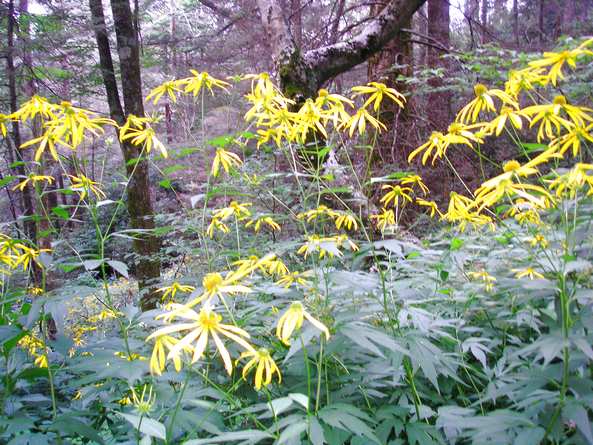 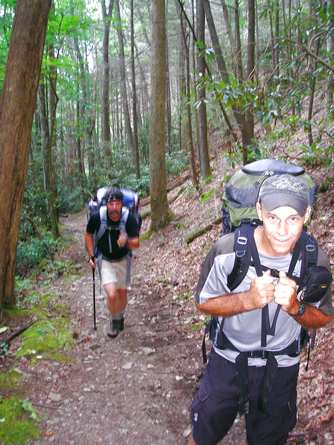 Doug and Grady ascend Lead Cove as the remainder of our team starts out of Cades Cove campground. 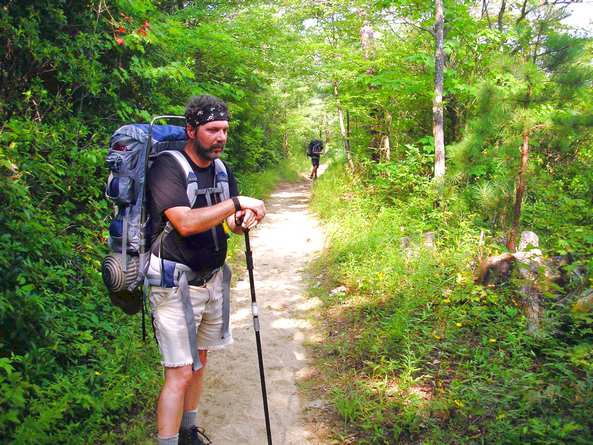 Here, Grady considers the implications of joining Doug in his flower walk.  Yes, he thinks, I enjoy the wildflowers, but hand holding is out of the question.  Besides, I am a livvid privvy member.  Not a livvid skivvy guy. 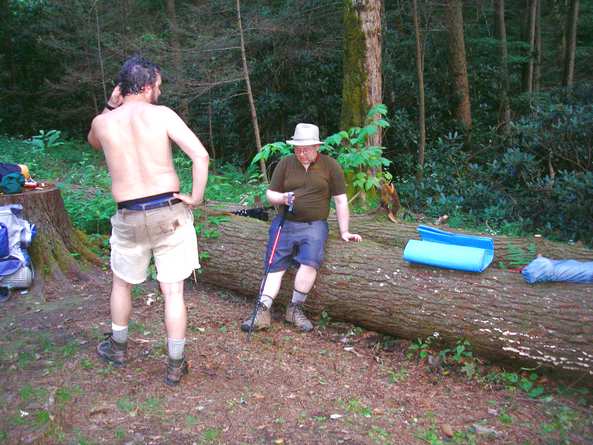 Later, Grady queries Dave on his dance routine moves for the Livvid Privy show on Tuesday night.  Skid maintains that they are a musical group, not a musical troupe and puts the squash on Clark's proposal 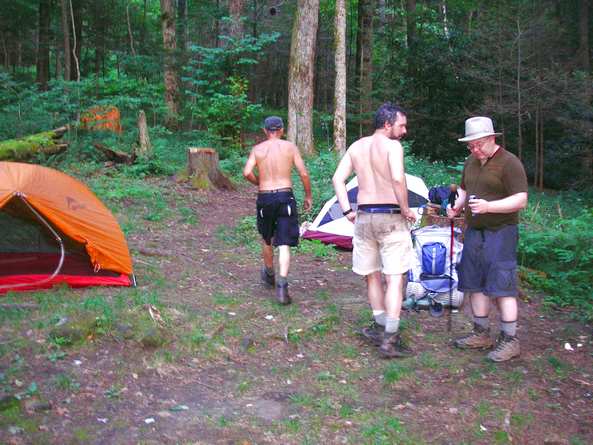 ...But not before joining him in a medley from Gigi. 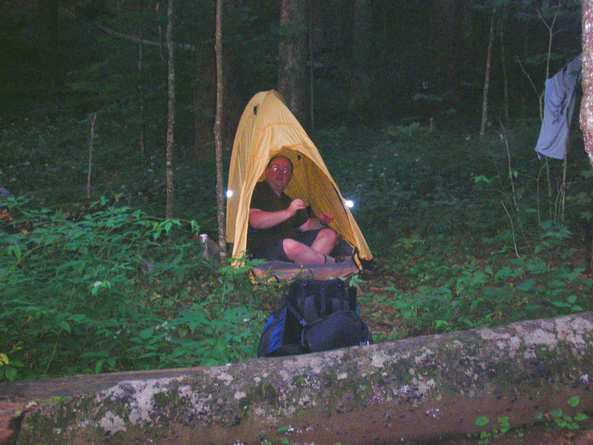 Dave has a scare from his tent. 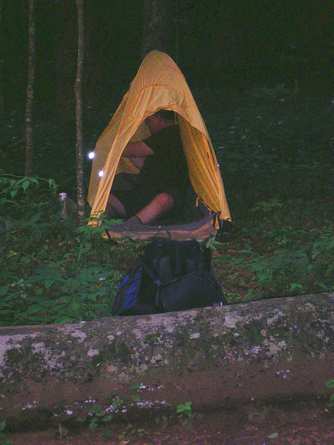 But eventually he overcomes the unruly beast.  I have grown to enjoy Dave's tent shenanigans.  It's like watching man versus wild. 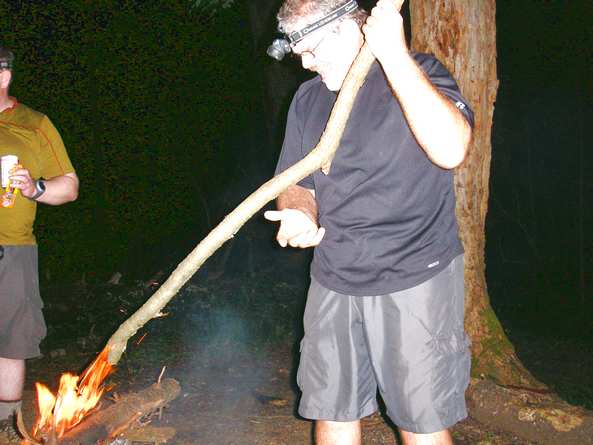 Jerky Mike teaches that fire a lesson.  Despite the heat of the day, in the nineties. the evening was remarkably pleasant at 3200 feet with no bugs and a well behaved smoke. 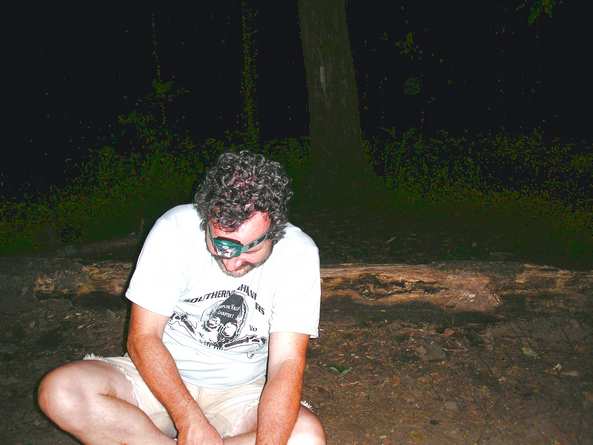 Grady does the Buddha. 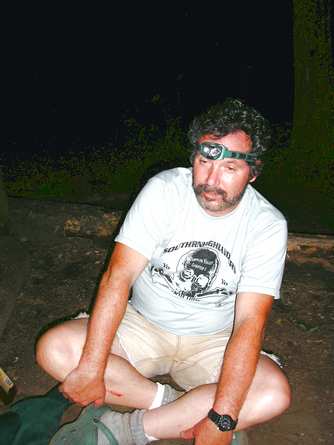 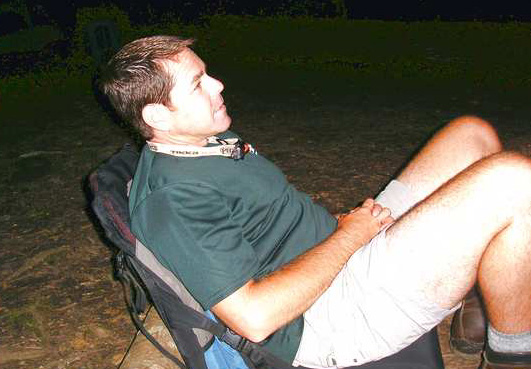 Sally Dumplin does a Danno drive by, arriving at dusk and departing at Dawn.  His yard pass allowed for time in the woods and time with the family.  That is why he is president.  Take note, family landers, it can be done. 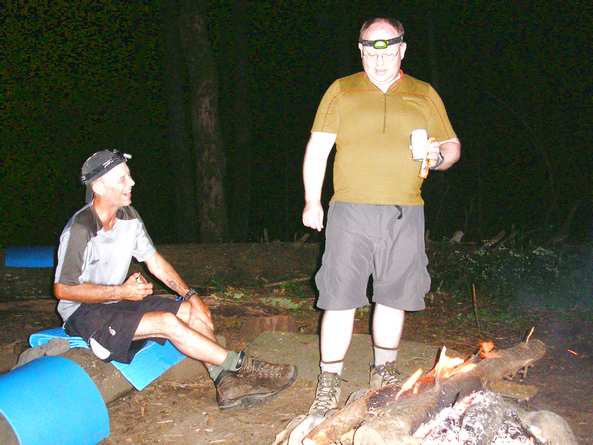 Here, Highlanders council explains the etiquette violation found on the front page of the Highlander web site regarding camp hygiene. (see below)

Any deviation from this policy can result in a fine or worse, a trail name that sticks with you for life.  I wouldn't want to walk around being called Doo Doo Doug, would you? 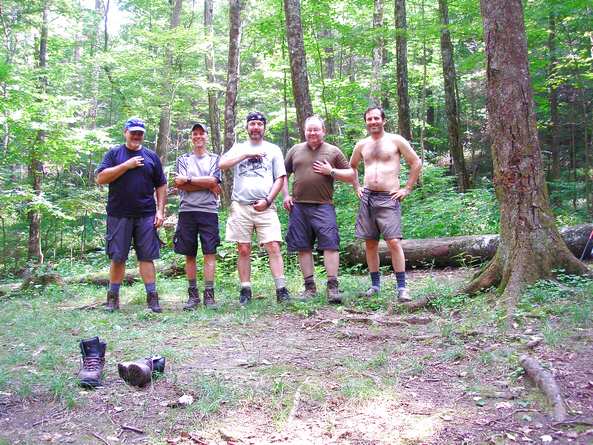 This is the Highlander crew preparing for Sunday Vespers. 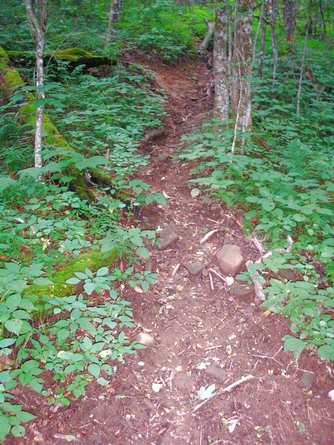 Next morning, Doo Doo, er Doug and I ascend from camp to make the climb to Spence Field.  This looks like a great trail, right? 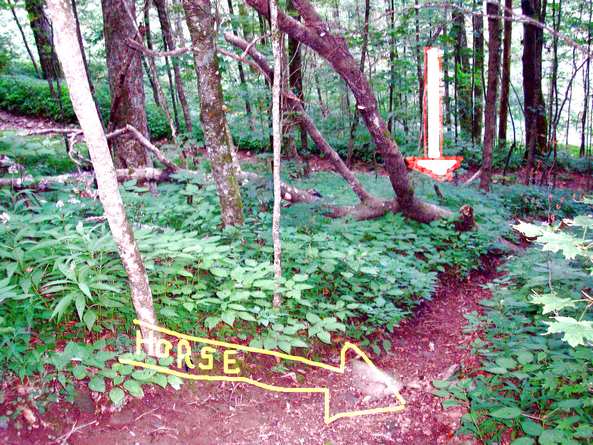 Wrong!  This is a danged shortcut made by hoofed beasts.  I guess the rigors of having to ride all that way with the saddle chafing your ass necessitates this shortcut..  After all, they probably ran out of cigarettes. 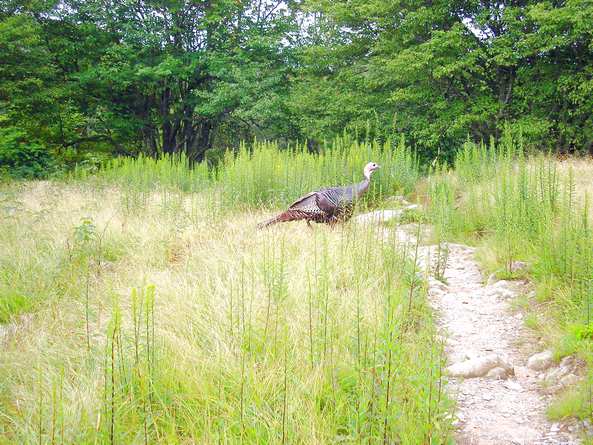 On Spence Field, we were dogged by this fellow who was unconcerned with our presence and seemed somewhat annoyed. 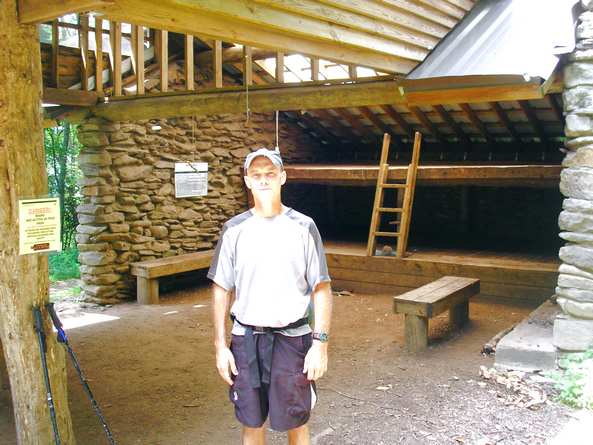 Doo makes his first shelter appearance and decides that we have the right idea about tent camping. 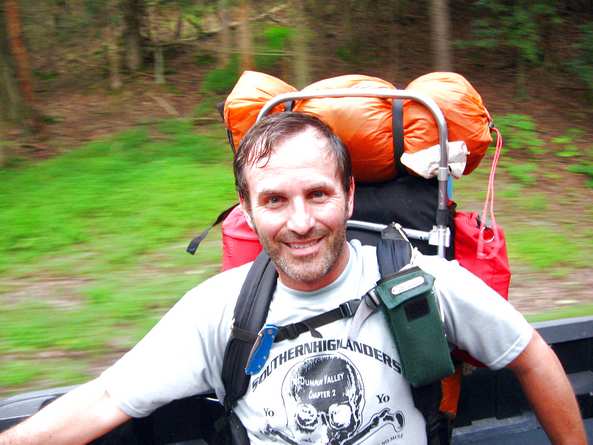 Doo and I descended, returned to camp, grabbed out stuff and decided to go out down to the cove.  I assured him we could hitch a ride and sure enough, the second truck to pass was kind enough to take us back to our car.  Of course they were from another state.  Tennesseans don't visit the Smokies.  Thanks for the pick up.

Great time, glad all could join, Friday is Max Patch, join us for the Meteor Show.  Tuesday is the Livvid Privy show at the Brewery.  Several trips on the horizon, come partake in Highlander merriment.