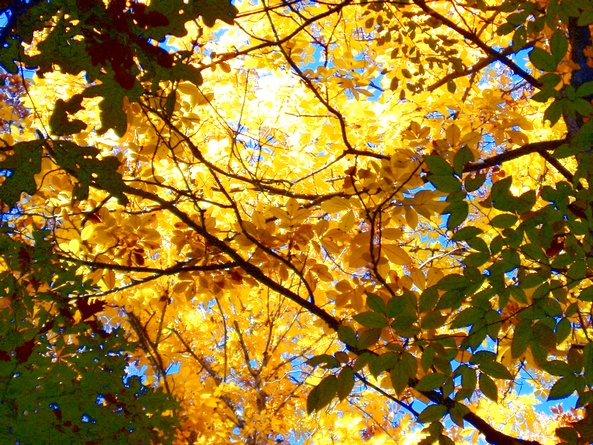 Talk about an explosion of color, BC George was successfully able to capture this late scene. 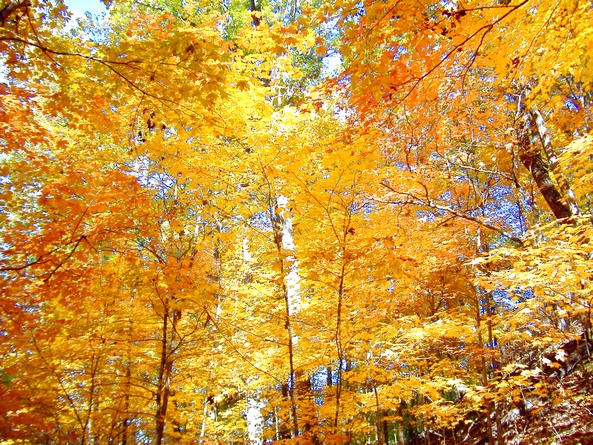 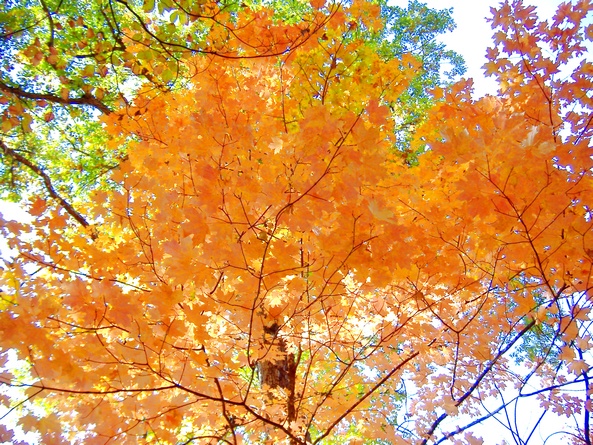 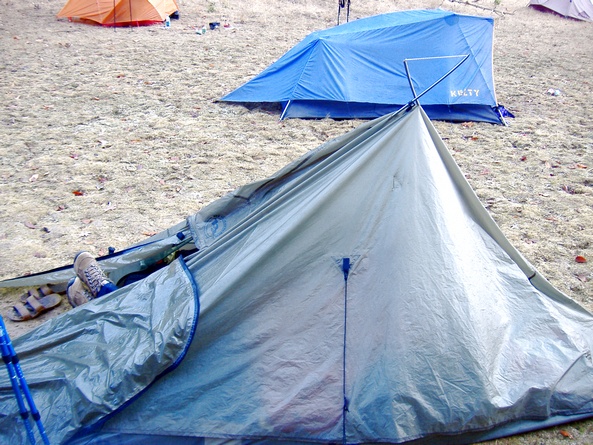 Unfortunately, so was Judi, from the newly ventilated tent in which she was reclined.  Apparently, during the night, she was visited by either a Skunk Ape or some Hezbollah terrorist with a ski mask whose sole intent was to dive bomb George's domicile and render him broken and bent.

We have some footage of the interloper. 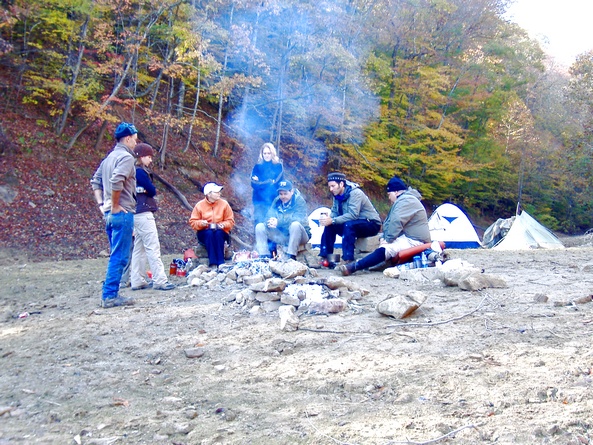 A counsel was convened and punishment was discussed 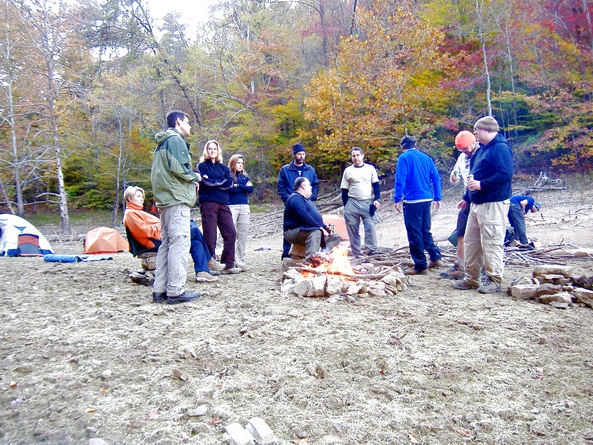 We decided that this would be a good opportunity for george to acquire those new Michelin Radials he has had his eye on.

As Doug sang, Larry fell backwards as there was an explosion of unknown origin that the lab has now traced to that Hezbollah fellow that was able to wreck the tent.  That's right, the Highlanders were victims of domestic terrorism.  Doesn't that qualify us for some type of Federal funding? 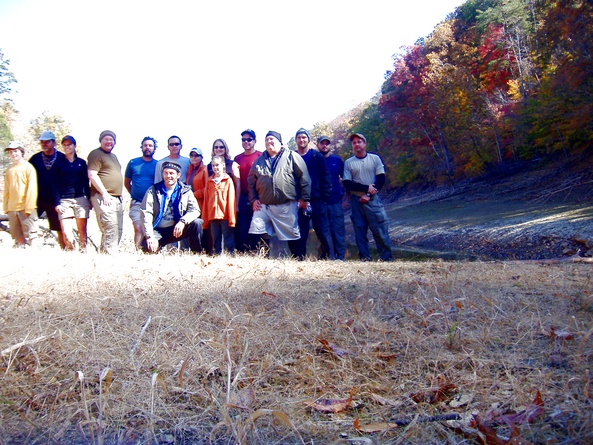 Here is your Big Ridge Crew.  That fellow on the far left is Jerky Jake and we couldn't get him to stop talking.  Glad you could join us Jerky Jake.  That little gal on the other side of you is Holly, but we call her M.M.  She is now a publisher author with a whiney pappy called Sally Dumplin, the protest camper who is too big in the britches to place his tent with the commoners.  Come to think of it, with all that domestic terrorism, it was probably a good idea.

On the way out, we came across this healthy fellow.  That's right, they are definitely still active.