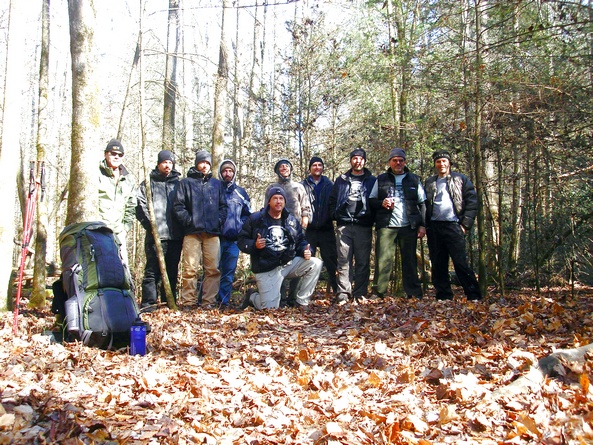 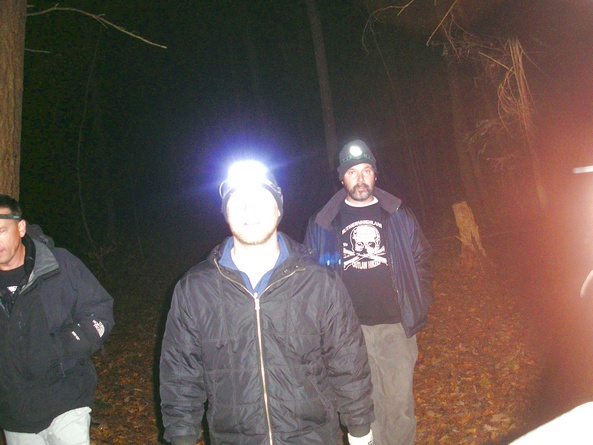 When you do a short 2 miles in, you get bored and wish to add a little mileage and cover some ground. 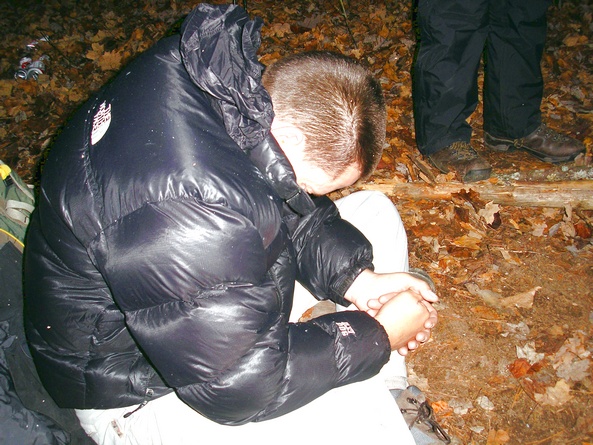 Oh, I have hiked, hiked, hiked.  Do I really have to hike more, John?  Please let me be.  I am so worn out from the 9 miles in, Sally Dumplin is a slave driver and my pack was so heavy.  Is there no rest for the weary.  Let me find my happy spot.  "I don't want to night hike to a graveyard!" 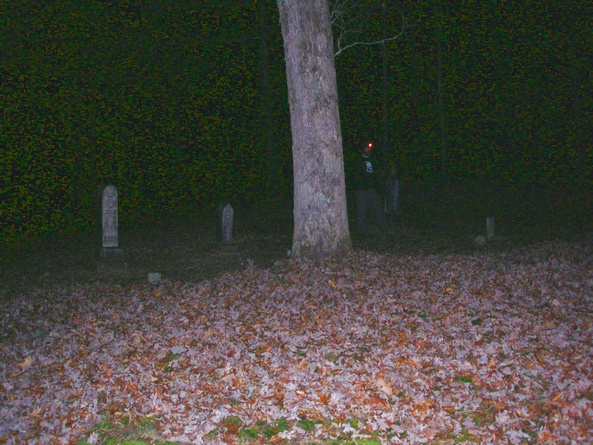 I heard tell there was a ghost of a man that walked around without a head that had a skull and crossbones on his chest and was a chain smoker and haunted outhouses. 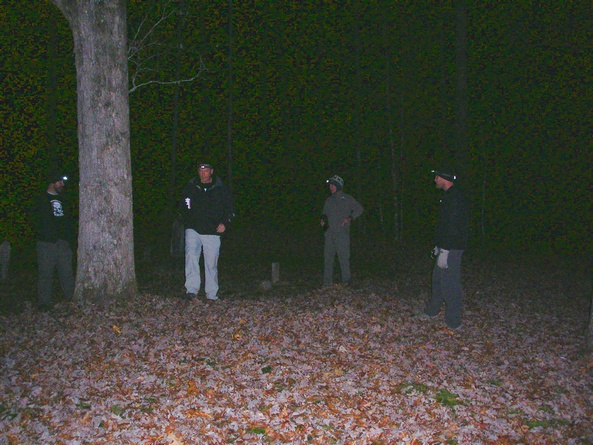 "It was a GraveYard Smash" 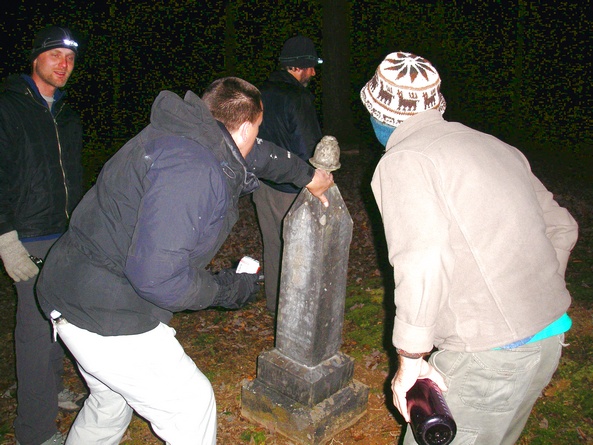 If you tip the top of the gravestone, it opens a trap door to the Indiana Jones Temple of dirt.   Ricky Bobby says its crazy man and Grady exits stage left. 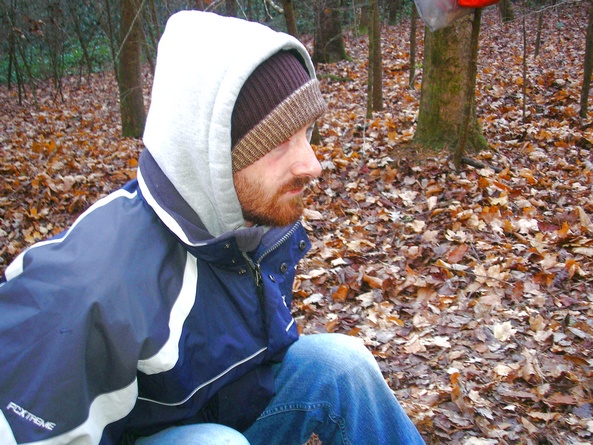 This guy shows up at midnight after receiving some erroneous directions from the Sevier county visitors bureau.  He brought 2 friends, nice guys.  They had canned goods, tennis shoes and jeans.  Man, I remember those days.  Good Stuff.  Come back to join us soon, you are good people.  Bring some more canned goods, though.  It is close to Thanksgiving and I enjoyed the cranberry juice. 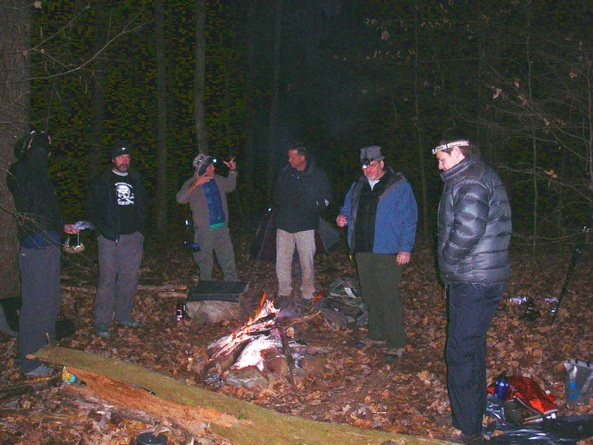 An animated Doug tells the story of the Temple of Doom.  There were snakes, fire-breathing dragons and skulls.  There were also bearded Seals, gosh darnit, I swear there were.  Doug is working on a new trail name.  George would like to administer it at this point in time.  Jerky Mike says, just wait, George.  All in good time, my pretties.  All in good time. 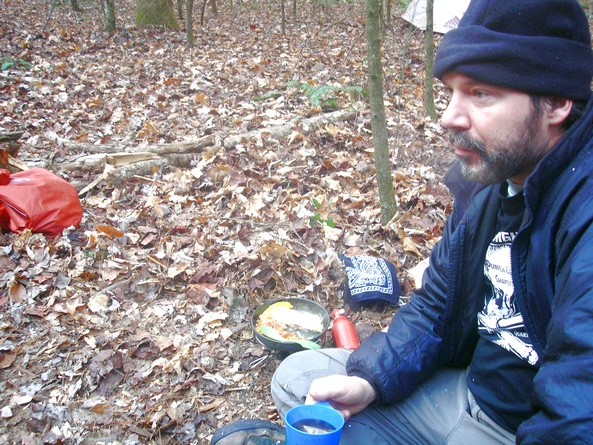 Show cooking Grady serves up eggs just the way I prefer them, over medium.  When the first batch was a bit runny, I commissioned a second round and my Camp B, the G man was forced to oblige.  I told him to quit serving them sloppy slimy aigs.  I'm tard of sloppy aigs. 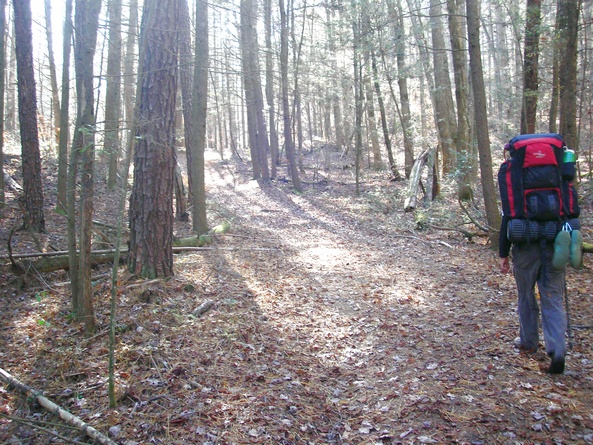 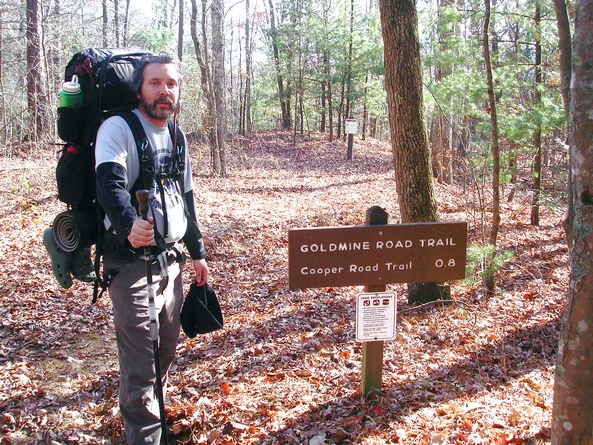 Yes, Clark Allison stands atop his two mile summit hike.  He is so tuckered and needs a nap before the debriefing at the Dowtown Grill. 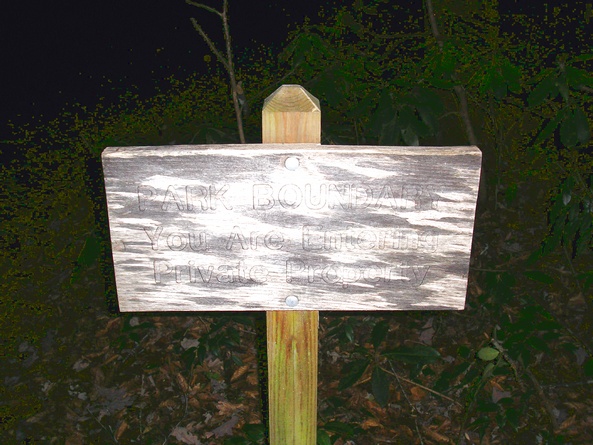 Being Southernhighlanders, we observed the boundaries and remained within the confines of the park, never to breach an individual property owner's rights.

Trail Stats:  Dave and BC george came in from the cove and did a good little loop.  JMike and RBobby and Doug did the straight up Cooper Road loop, and Grady forced me to drop down from top of the world.  (It was a grueling two miler).