BiCurious George is busted fabricating hiking mileage.
see the addendum at the bottom 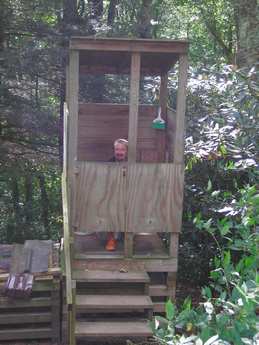 I really can't believe that Scooter got caught with his britches down again.  Talk about a   Livid Privy,  Daang!   Wouldn't that make a good poster for your band, Grady? 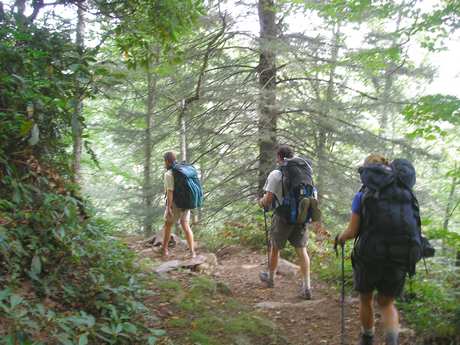 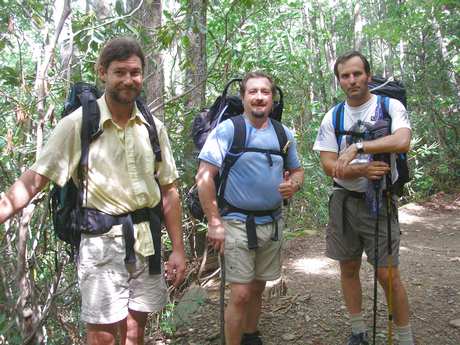 The Cosby Nazarene, Scooter and yours truly doing a Ricky Bobby. 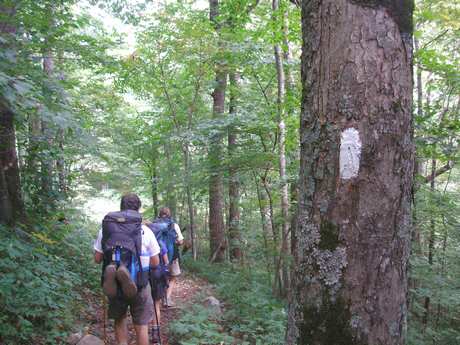 Those white stripes signify the Appalachian Trail.  We hiked every bit of   8/10  of a mile on it.  (Yeah, Martin does take good pictures) 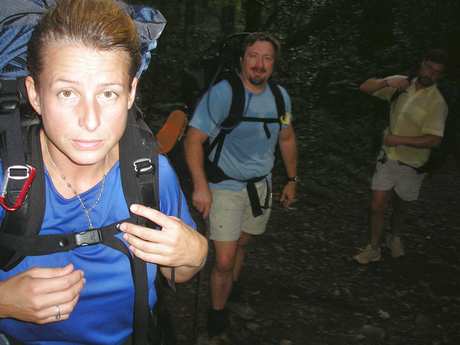 Smooch will tolerate no more dilly dallying.  Giddy up boys and I mean now. 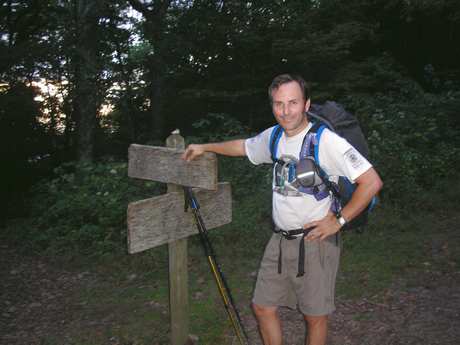 This is low Gap.  Many people were feeling low here, but not me.  I was happy as a clam.  We completed  a  whopping 3.7 mile climb to the Cosby Nob Shelter. 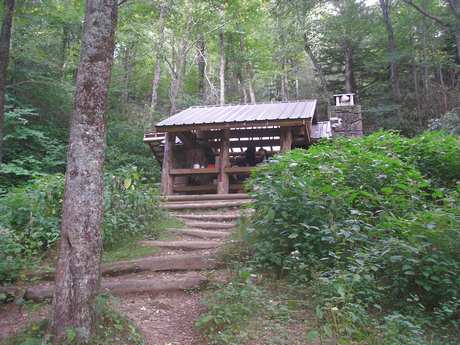 This is the Shelter, occupied by Sally Dumplin and BC George, the resident Nob Specialists who for some reason decided that they would make a12 mile trip up from Big Creek.  Wow, pretty good for a bunch of Tenderfeet Weblo Scouts. 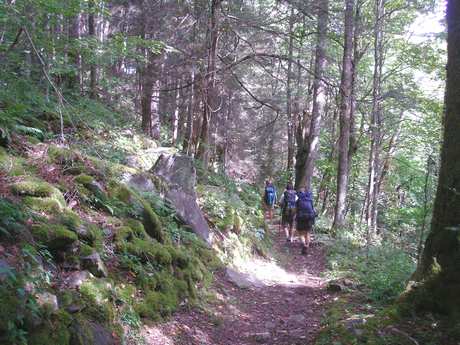 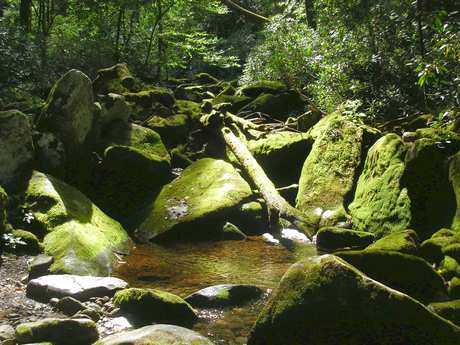 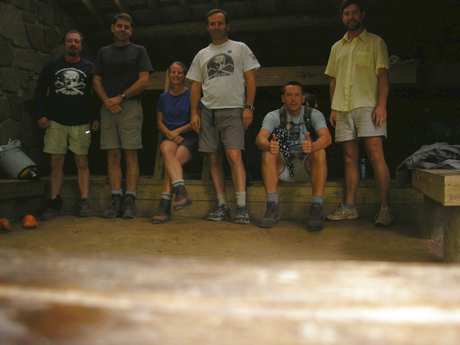 Not pictured here is the Indian Outlaw.  He chose to vamoose before someone started that forked tongue bullcrap and he would have to turn into Billy Jack again. 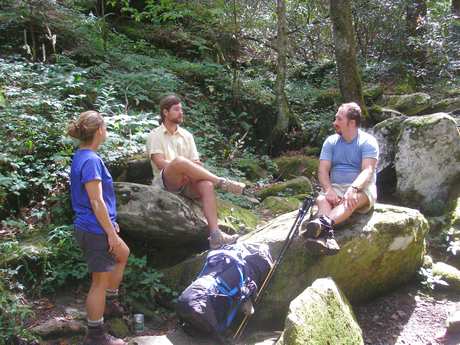 "...And Blessed are the CheeseMakers."   Here, the Cosby Nazarene delivers his  Sermon on the Rock. 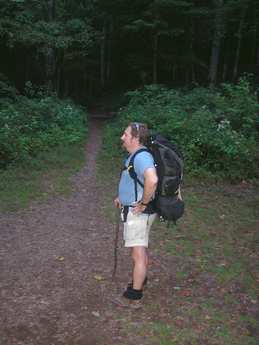 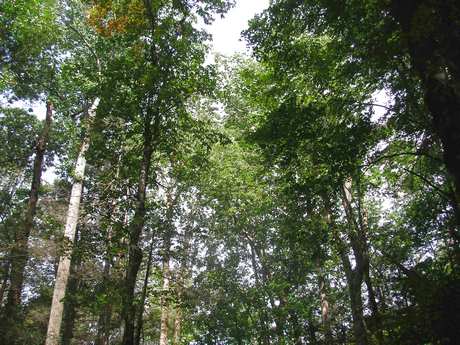 Trees are green and readying for Fall.

Trail Stats:  Up Low Gap to the AT to Cosby NOB Shelter.  Descent is the same route.   For Sally D and BC George, today was a 7 miler back down to Walnut Bottoms,and not  back up to Mt. Sterling and down the infamous Baxter Creek.  These guys are doing some hiking but not as much as previously stated because President Dumplin came clean and busted out BC George who has claimed mileage that was indeed skipped.  This is an infraction that will be taken up at the next clan gathering.  I suspect this may result in some type of point reduction that may not allow  George to pass Grady on the HighlanderOMeter  .  I wish to convey our apologies to those kind folk who were attempting to sleep in the shelter last night.  I would suggest checking our Upcoming Backpacking Trips section to avoid any further problems.  I think a good round of Highlander Earplugs is in order.  Nice  late summer Smokies experience was shared by the SouthernHighlanders and Friends.