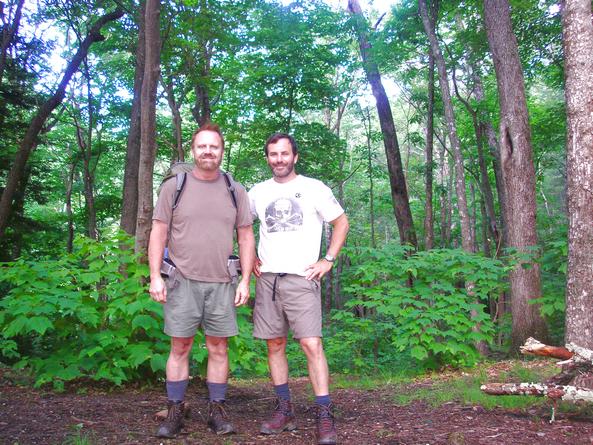 John and Dan on the crooked arm.  A good little walk up to old campsite #6.  We encountered a native Cades Covian. 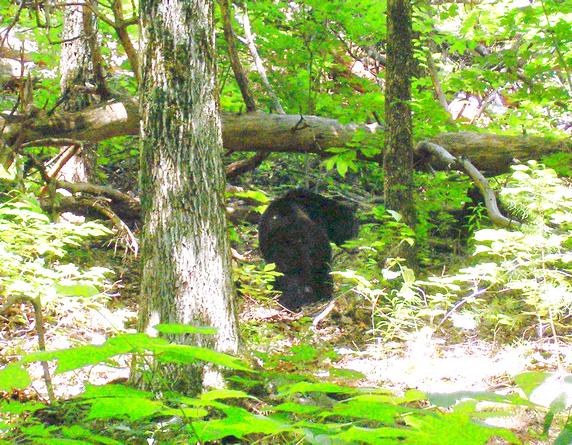 This fella couldn't understand that we had to pass by him on the trail.  It must have been confusing for him since the trail snaked around and dog legged a couple of times.  That must be why he turned around and started walking in our direction.  We gave him some space and he climbed up in a good size tree.  Unfortunately, the trail passed below the tree and he then got frustrated and probably felt pretty vulnerable and descended from his perch.  That meant we had to retreat again.  This went on for a few minutes.  Dan had my camera and was shooting video, however, being the photographer he is, forgot to turn on the camera while shooting so this is the best bear shot we have before Dan went into video mode.  It's a shame because he was up close and personal, if you catch my drift.  Beary exciting stuff. 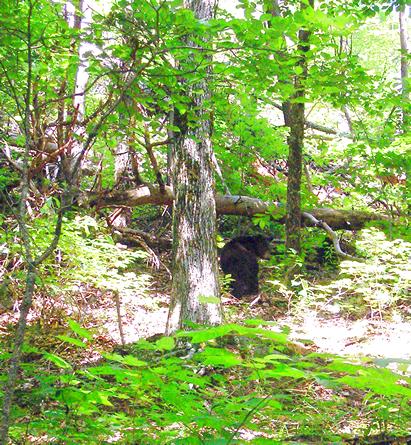 He has a brown nose.  They are the less aggressive kind, in my experience.  The black snouted ones are  more dangerous.  This guy was very healthy looking with some decent weight, I'd say about 375 with a shiny coat, not very mangy looking at all.  He was feeding on the oak shoots.  There is a bear warning on this trail, I suppose this guy is a permanent resident of the Crooked Arm.  There was also a warning at Campsite 6. 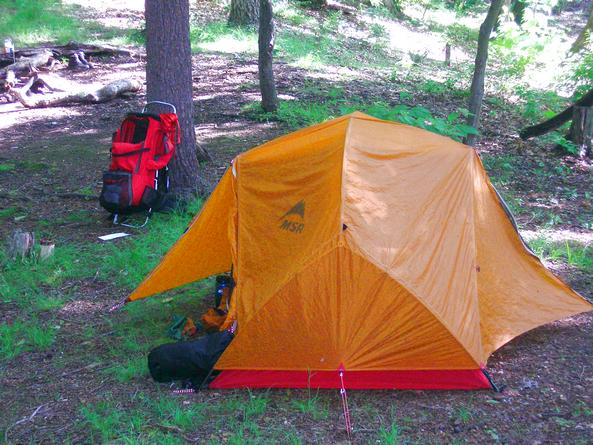 Which is likely why we had it to ourselves.  Bonus! 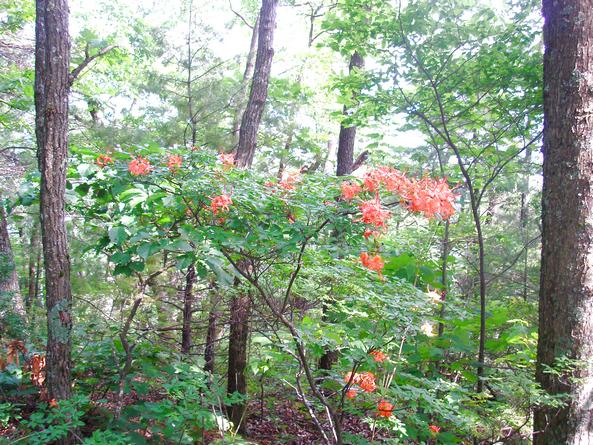 Flame Azaleas.  Should be a good time for Gregory's next weekend or so. 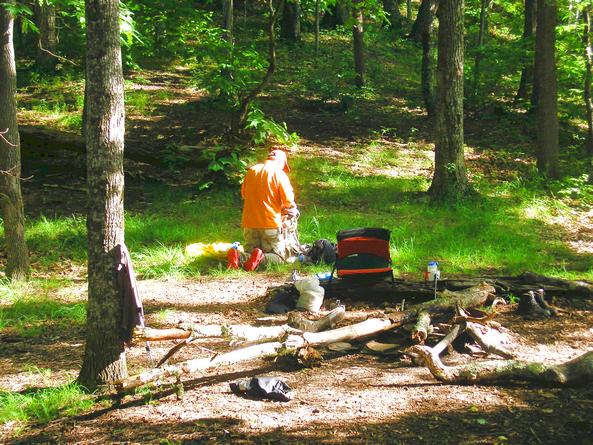 Alpaca Dan packs up in the morning following a trip of animal encounters.  That evening, whilst sitting around the fire, we had a visitor walk right up to Dan.  It was a raccoon with a basketball sized head.  He acted like a puppy begging for scraps.  We had to run him off so guess where he goes?  Right up to my tent and under the vestibule.  Pretty unreal.  There was no food there, he just wanted to be a part of the gang, I suppose.

Next morning, we are sitting around and I am enjoying some coffee when this button buck walks into camp and hangs out for at least 45 minutes.  It was John and Dan's nature experience.  You can't buy that type of entertainment. 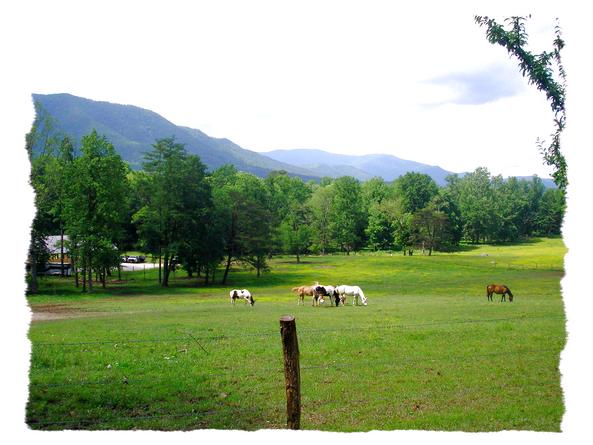 Since we are on the animal theme, thought I would include this one we shot down in the cove.  Not to promote the use of horses or any pack animal on the trail, but it turned out right nice.  By the way, the Rich Mountain trail is pretty torn up from horse use.  These guys belong to the "new" park concessionaire so expect more of the same.  When they destroy even more trails there is over a million dollars worth of stimulus money that Supt. Ditmanson decided would be be spent "fixing" the horse trails in the Smokies.  Forget paying someone to man the backcountry office so you can legally make a backcountry reservation or creating a new backcountry site or reopening some backcountry trail or getting a ranger off his lazy duff into the backcountry.  By all means, lets use that stimulus money to repair the trails that the horses damage so they can damage it some more.  It is absolutely unreal the power these horse folks have in the Great Smoky Mountains National Park. Quite a shame.   Sorry for the rant.  It just chaps my hiking chaps.  Below is a link to the article that outlines the proposed stimulus spending money for the park.  Most of it goes to car camping and roads and horses.  No mention whatsoever about hiking/backpacking use.