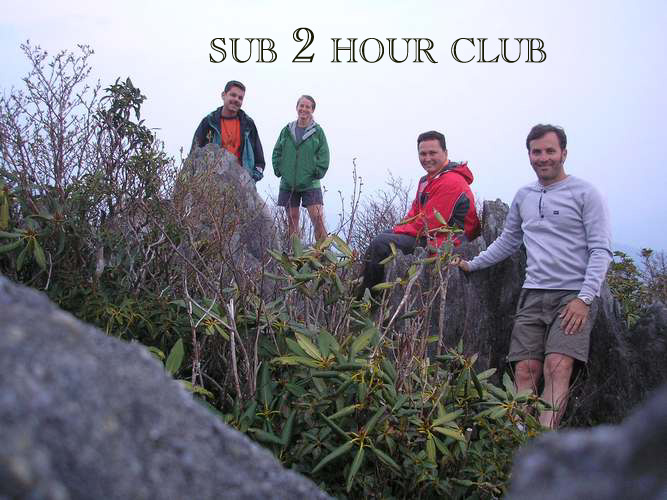 You are looking at the Indian Outlaw who was able to join the under two hour ascent team of Hangover just weeks after his knee surgery.  Pretty darned impressive. 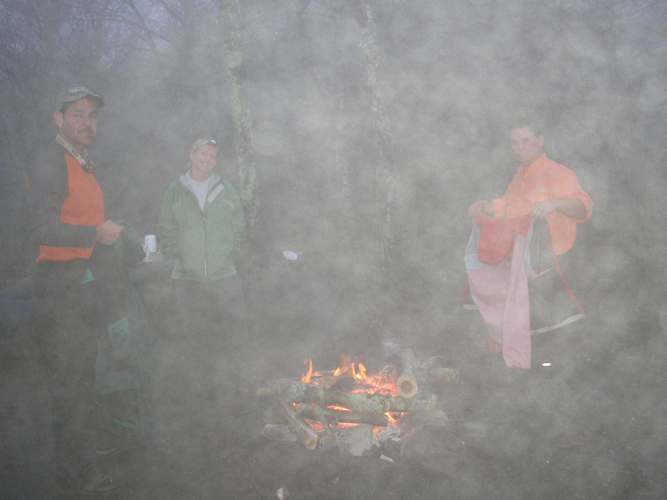 Of course, Hangover will be Hangover and the primordial fog haunted us and brought out the Native American Spirits. 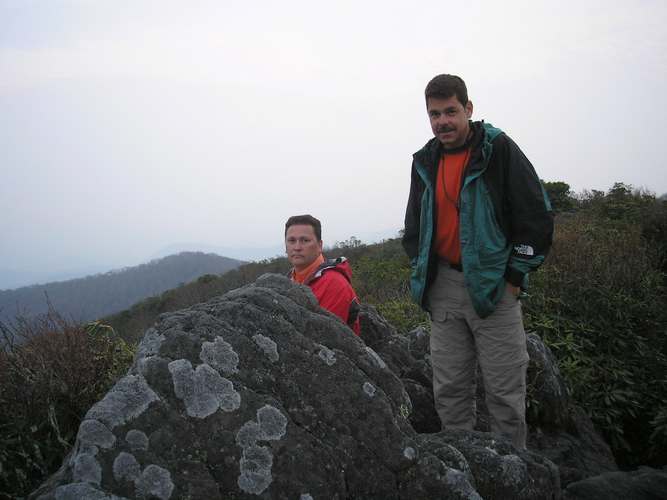 About as good as it got that weekend for the views which wasn't what Smoochie bargained for. 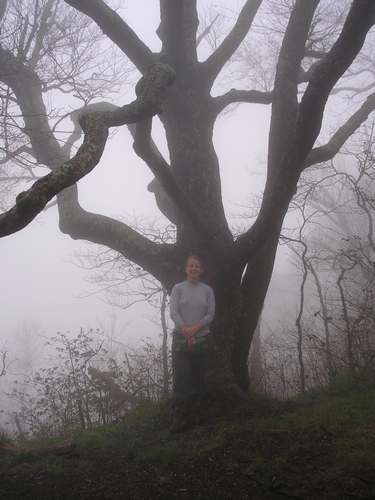 So we went for a dayhike to Naked Ground to experience the fog there. 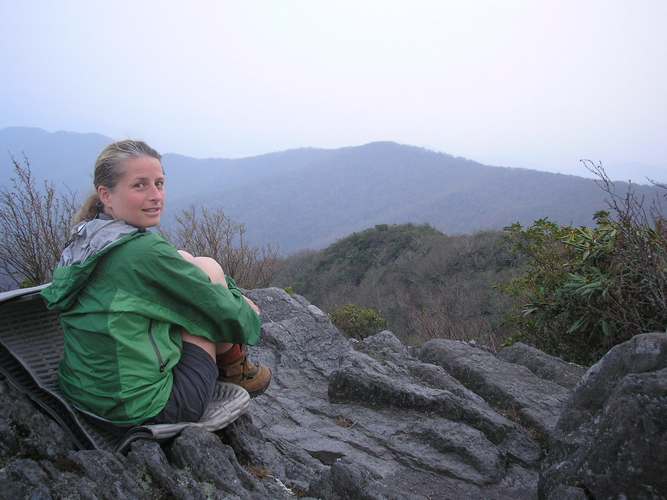 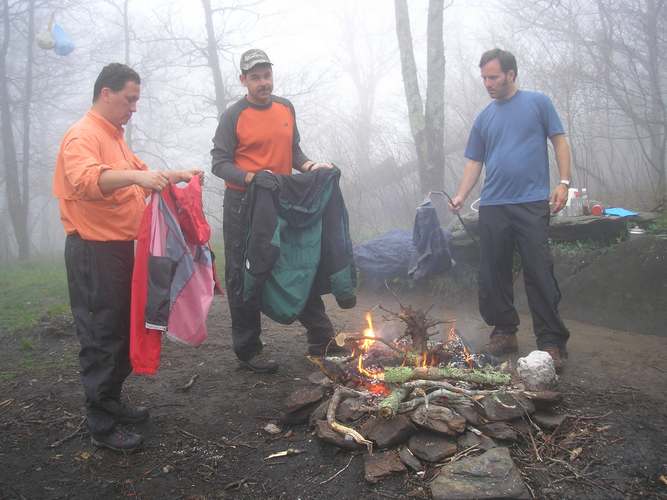 Again, I served a dinner of smoked shorts as Sally D and the Outlaw attempted to hold the stench at bay. 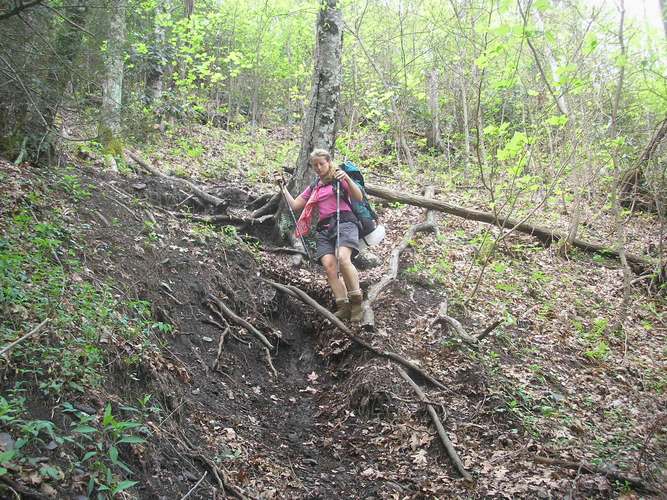 And down we go.  Beth thinks it is not that bad.  Notice the sun beginning to shine at this point in the hike, the big slide.