Hiking For a Cure 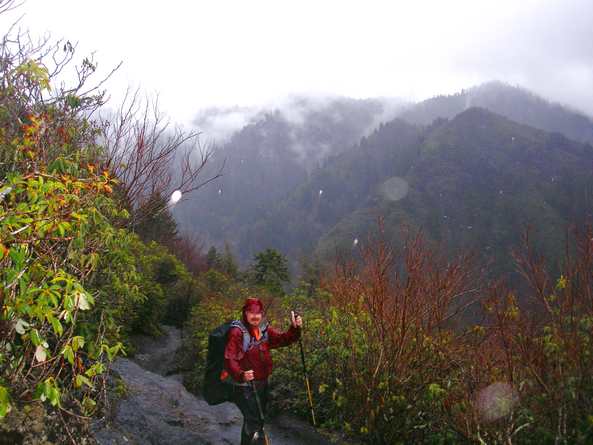 Here, Scooter gives the okay sign as he ascends past inspiration point, climbing for Larry.   This hike was intended to include Uncle Larry who became debilitated by another acute round of ombrophobia that left him debilitated.  This nasty virus was subsequently spread to Grady and Wendi who were bedridden just from contact with Eric, aka, Typhoid Larry. 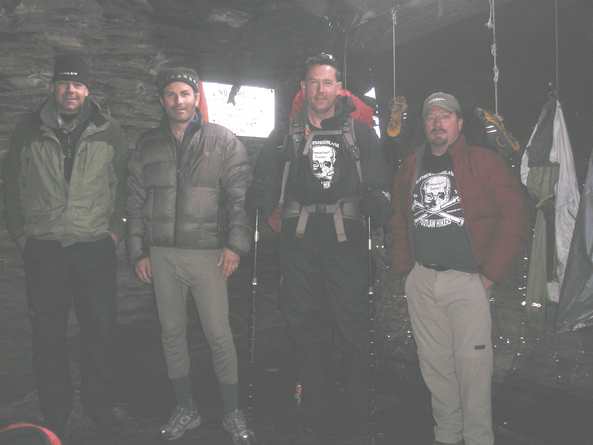 This Highlander Group proudly displays their colors in honor of Uncle Larry who may have to undergo a surgical hormone therapy to reintroduce testosterone to fight the invasive overproduction of estrogen that triggers his acute attacks of ombrophobia.  Be not mistaken,  this is a serious condition which is, in some cases, life threatening. 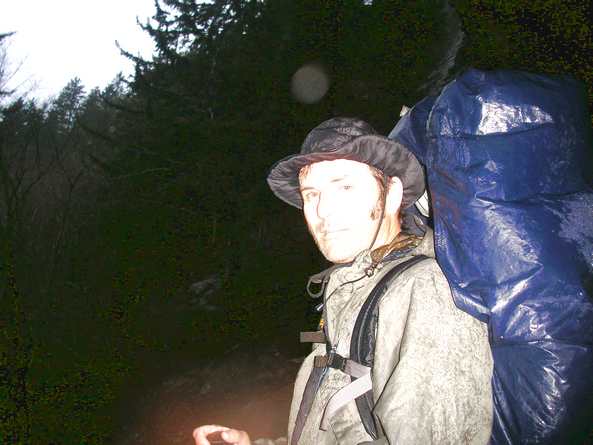 By choosing to ascend in the worst storm of the year, this group of Highlanders faced the disease head on for their fallen comrades.  To show you how quickly this affliction can spread, the usually intrepid Grady, fine the night before contact with Larry, was totally paralyzed by the next morning with fear, doctors checked his hormone levels and identified the drop in testosterone that precipitates an outbreak.  As Scooter and I climbed Alum Cave from 4.30 saturday afternoon until 7.15 that evening through the wind, hail, rain and lightning, we climbed for our Highlander Brethren.  At times, we were tempted to turn tail and run.  (Okay, just kidding, the thought never crossed our minds.  But we considered what it would be like, to have a drop in testosterone that might make us feel that way.) 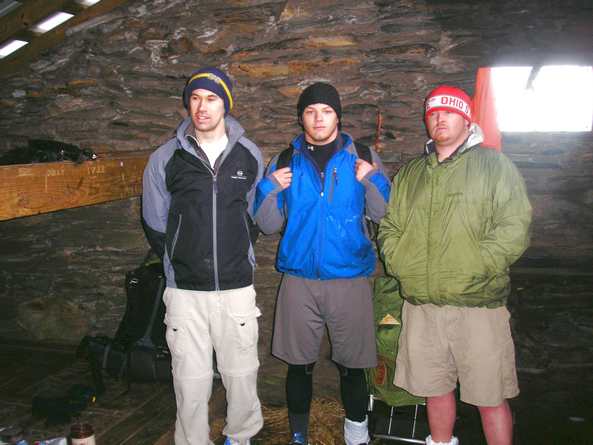 When our friends from the shelter learned of our friend, Little Larry, they immediately pledged to work by making awareness of this disease throughout the state of Ohio.  Their "Legions for Larry" campaign"  is off to a great start as they placed plastic bags over their feet prior to their descent of Mt. Leconte in honor of Little Larry.  Bless you men, you shall forever be known as Larry's Kids. 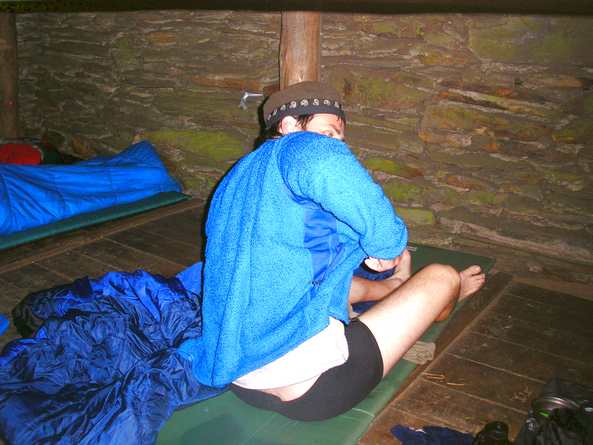 I was so inspired that I began to disrobe and began a buff hike descent before being stopped by President Dumplin. 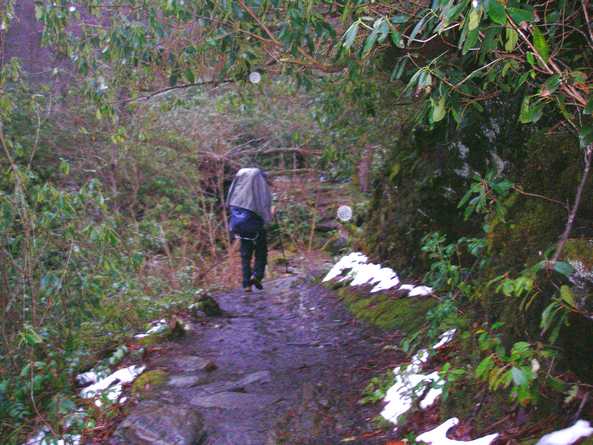 We subsequently descended respective trails in the misty morning prior to Easter Sunday, buffeted by our desire to bring attention to this situation and provide a possible cure for our Highlander fold, Grady and Larry who were jointly bedridden.  Physicians are baffled by the progression of Ombrophobia and intend to do a study of this thing that has apparently run rampant throughout the SouthernHighlander group.  Stay strong.  The only known cure is to hike and hike regularly.  Stay away from the Pres Pub, it seems to be a source of contamination along with the Captains Sirloin and prolonged contact with the Nasty Love Joys.  Great promise has been shown with hormone replacement and doctors are looking for suitable donors who might be a match, so there is hope!

Trail Stats:  Alum Cave to Shelter.  5. something.   Descent:  Bullhead to Cherokee Orchard for Scooter.  Back down Alum for yours truly.

update:  It seems as if Larry and Grady are on the mend.  They have been transferred to Greensboro where a team of specialists have found a teenager who is willing to donate whatever organs are necessary.  Hooray.