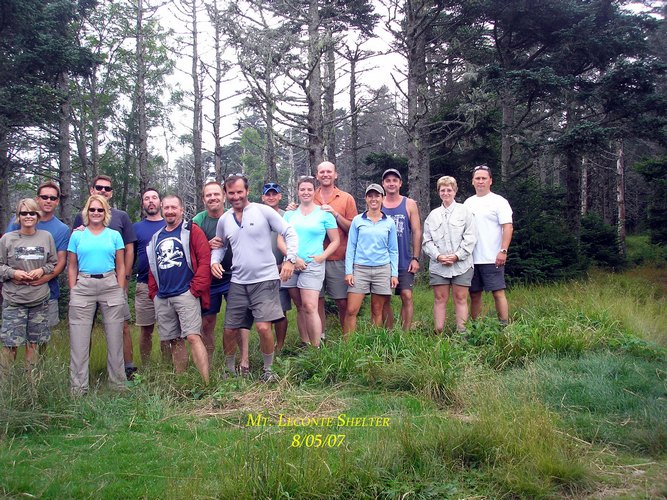 A good showing for the Shelter.  Highlander women made an impressive hike.  The Ohio contingency got to participate in organized Redneckery with the Highlanders and George still has a girlfriend. 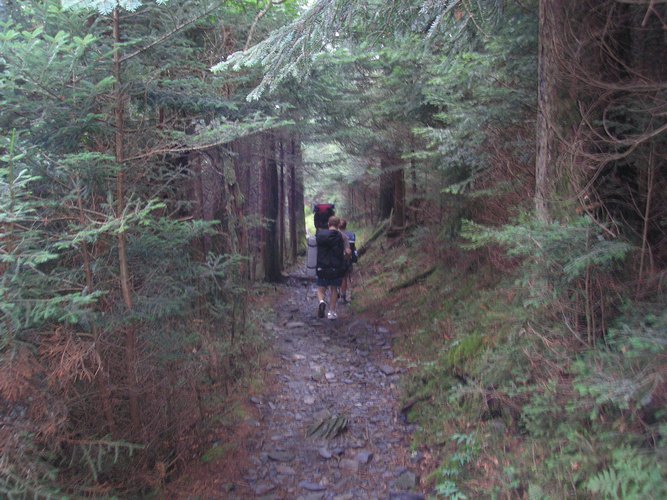 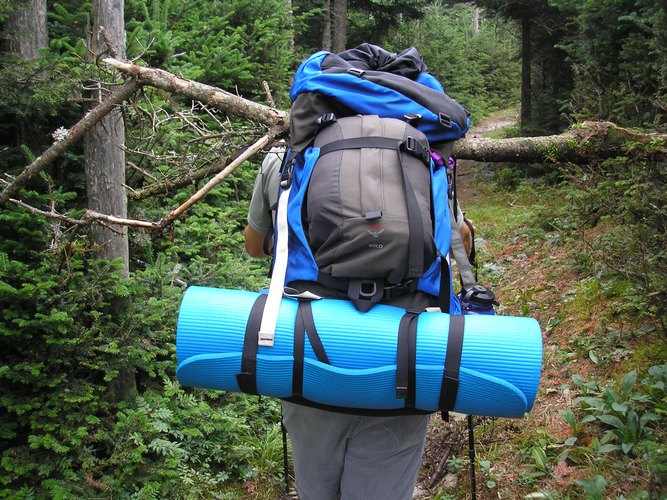 ....collected sticks along the way. 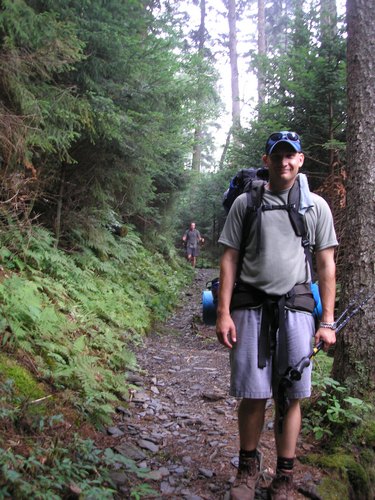 Jared doesn't get to see many sticks up in Ohio, so I let him carry a big one. 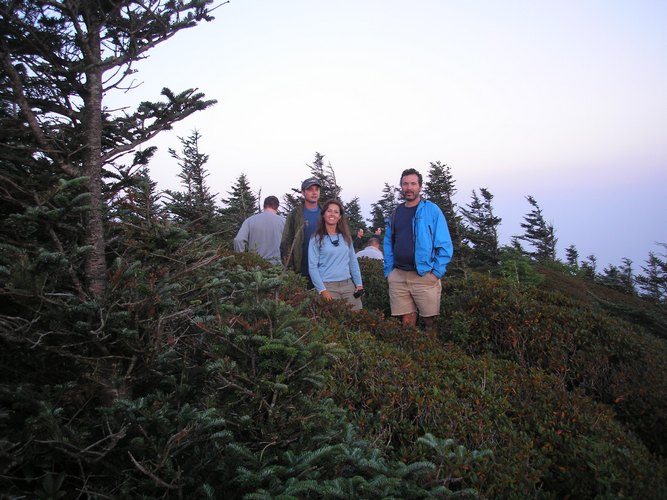 Grady awaits the Ranger talk about stick napping.  Bill looks for George so they can wrestle and Deidra mugs for the camera, again. 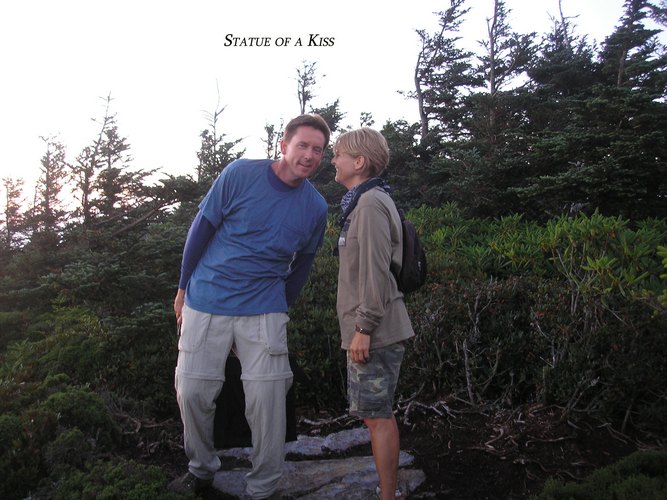 George was busy. Judy is smiling. 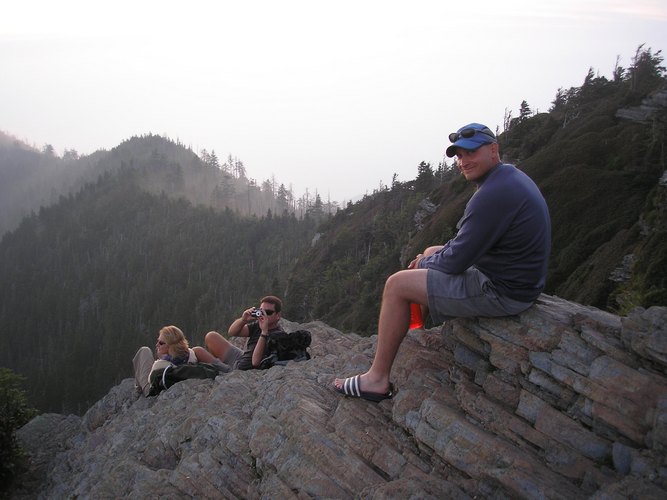 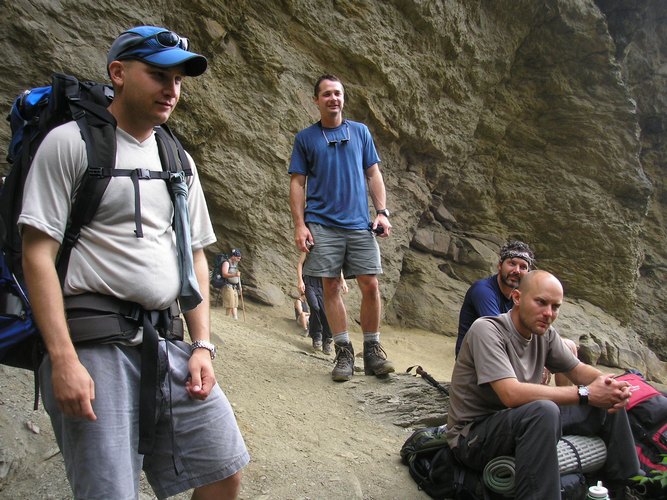 The Alum Cave Dwellers have decided to throw Bobby to the Mountain Gods but the Camouflage Chicken won't go without a fight.  He's mad as hell and won't take any more of this Highlander Abuse. 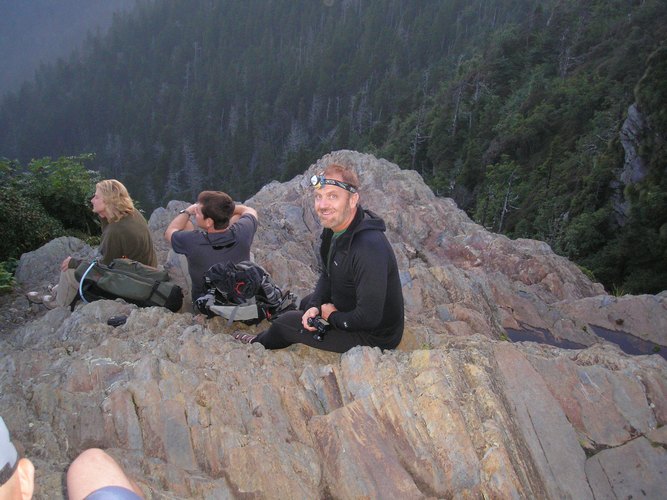 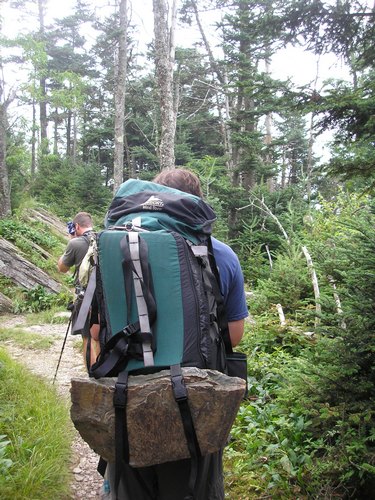 I do a little training on the way up the hill because my pack was too light. 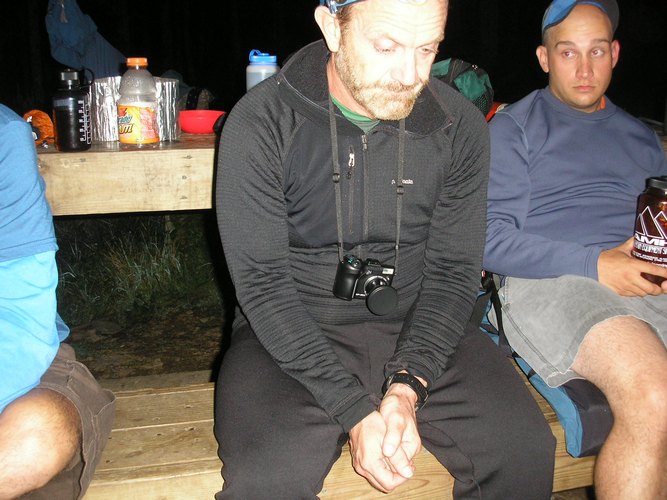 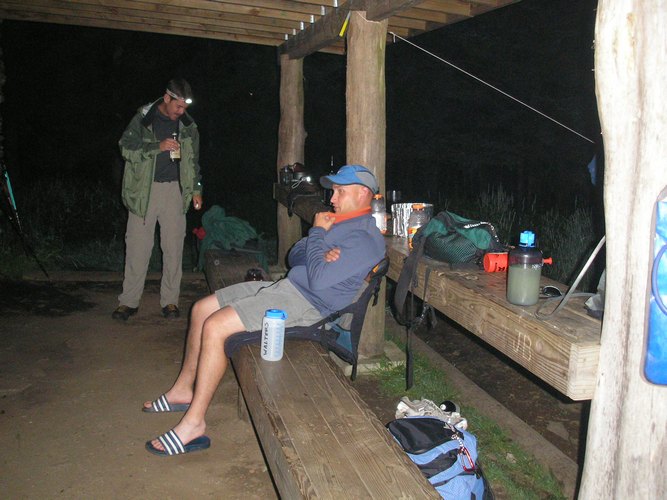 My Denali Buddies, Jared and Dan lament the absence of snow and crevasses. Suddenly, Jared is alone on the bench.

Because E Said so, Grady!