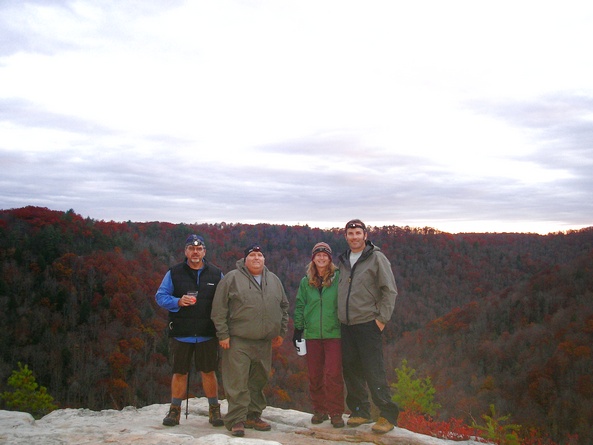 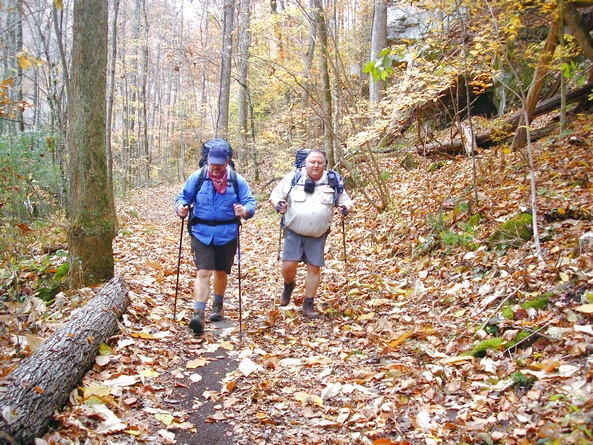 It was a glorious day for a brief 2.8 miler up to the overlook.  Much like dancing with the stars, these two struggle with their trail routine until it gets perfected later in the night. 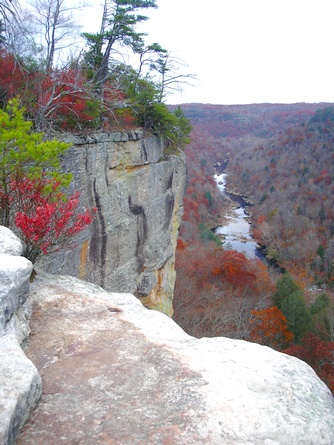 And being the Big South Fork, the views were not disappointing. 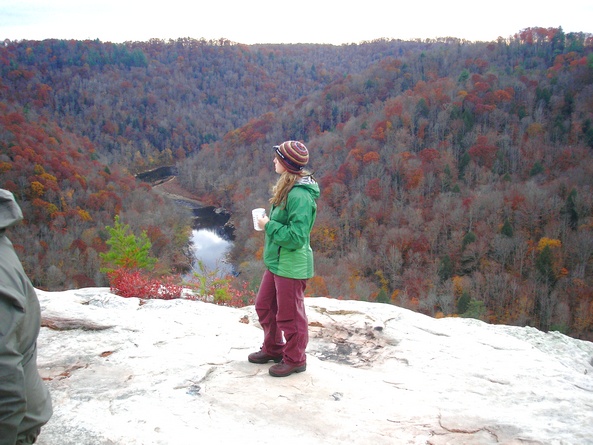 Beth contemplates life and serenity and... 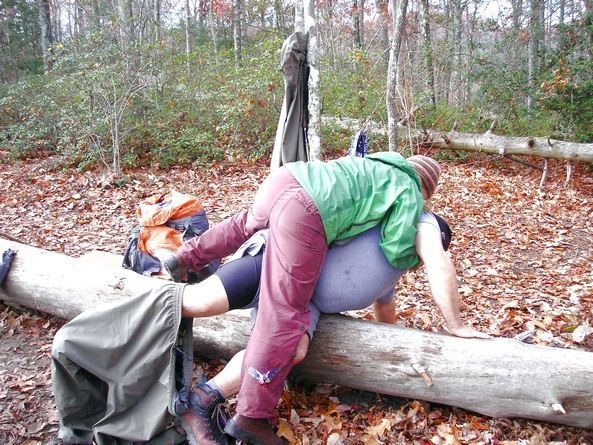 It all started with Larry's new camera. 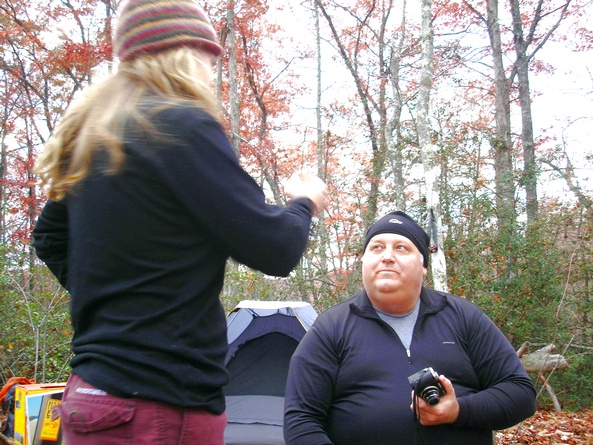 .and Smooch decides to give him a tutorial clinic. 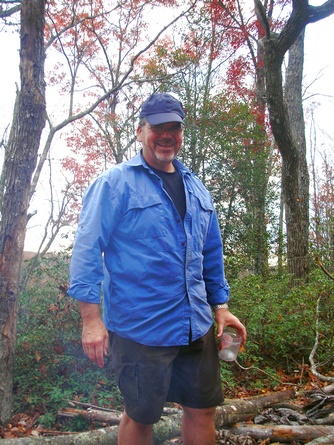 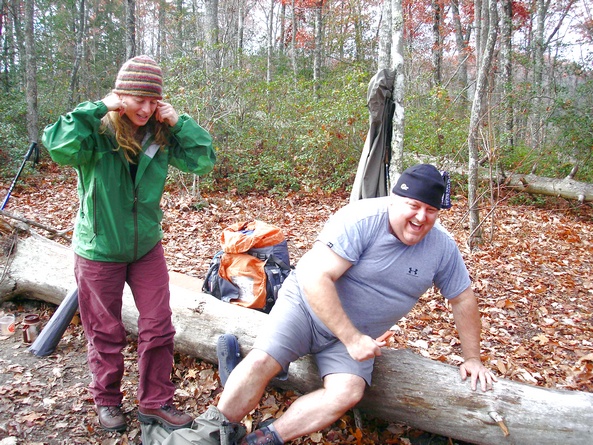 Larry says,  "You don't know anything about cameras, you are but a woman.  Shakespeare said you are frail!"  Beth says, "I am listening to no more of this innuendo" and morphs into Sally Dumplin" 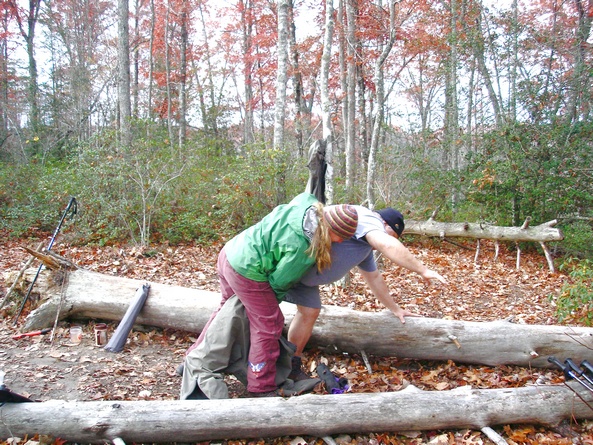 And with that, he was upended. 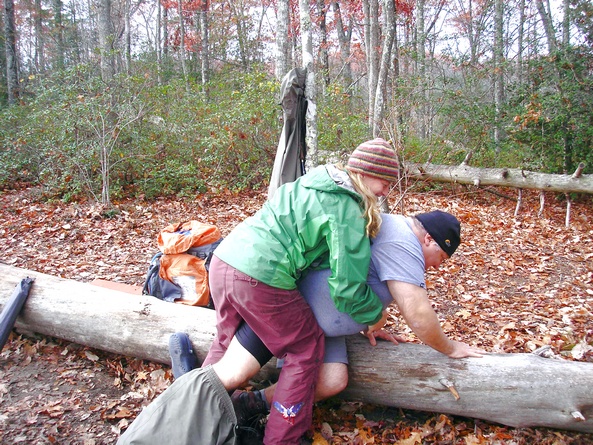 Over the log you go ye bard of Oneida. 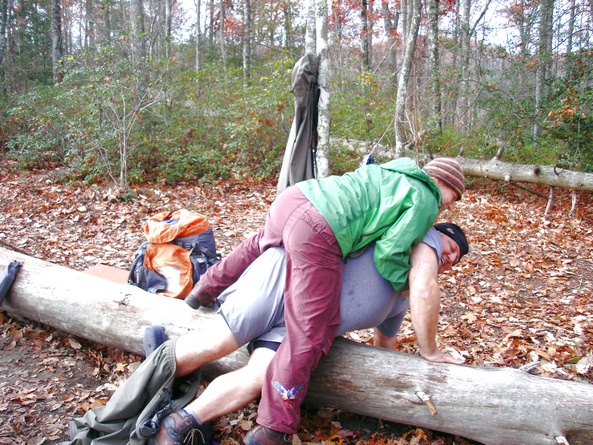 It appears as if someone is definitely caught with their britches down.  Beth Sally Dumplins larry. 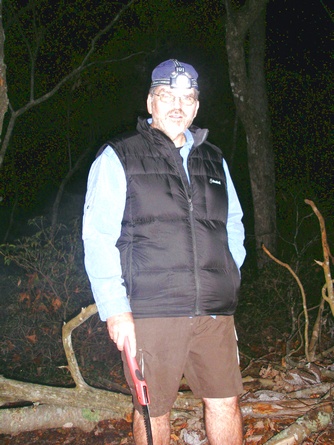 Much like spotting an otter or bobcat, this is a rare nightime picture of the true firebug in his natural element with his native accoutrements.  Not pictured here is Sally Dumplin.  Sally Dumplin was ordered by his employer, George, to work on saturday so as not to gain another leg on the tripometer.  George is absent because he is unable to hike without Sally.  JMike saws in their honor, among other things. 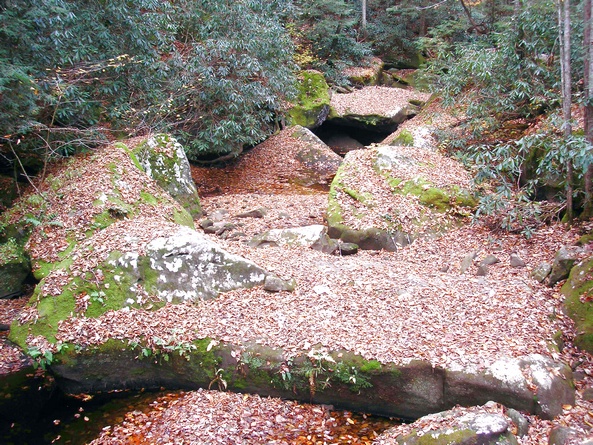 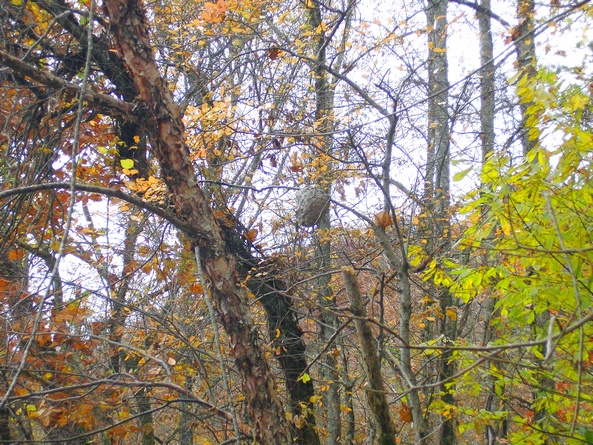 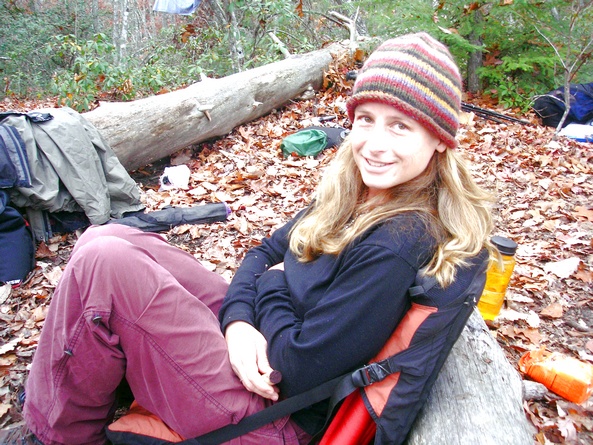 Smooch has put a cork in the Brush Swine, George. 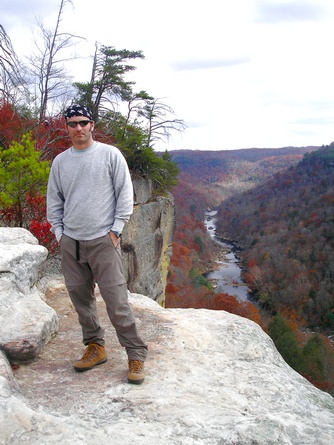 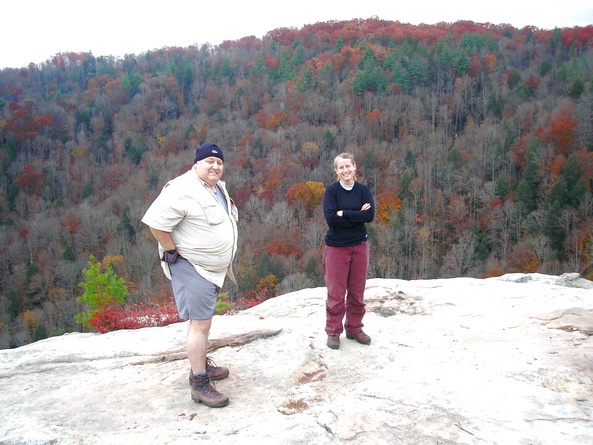 Methinks he might make a run for her on the rock 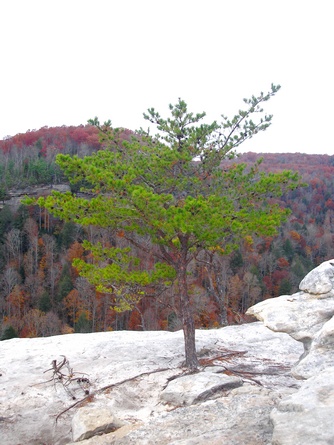 This poor tree has seen it all. 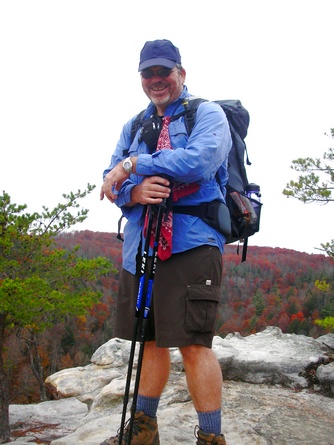 So has this guy.

You all missed a great trip.  Martin was unable to attend for unspecified reasons.  I am sorry about that Mona.  He does take great pictures.  At his present rate, he will be passed by Uncle Larry who might become our new photographer, depending on how his stuff turns out, if Beth allows.