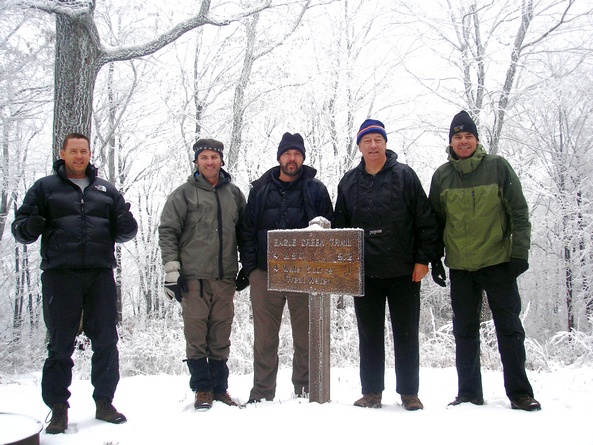 This is the Team Extreme Spence Field Crew. 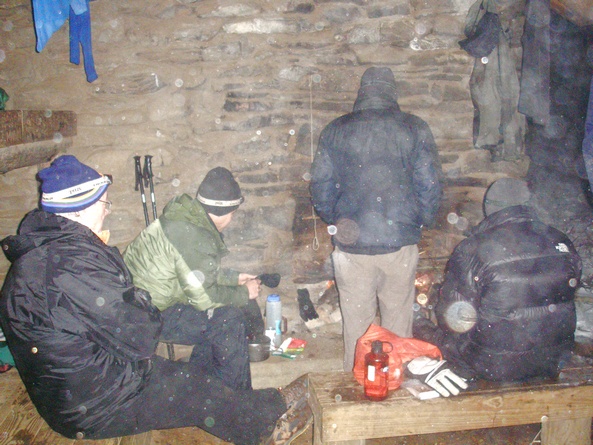 And the answer to your question can be found right here.  We sit by the fire and try to stay warm.  Temperatures were in the low twenties to high teens, I reckon.

Grady wonders what he has done and in case you didn't know, he is wearing a pair of long johns.  When I say long Johns, I mean Long John's Long Johns.  That's right.  Someone forgot their underwear and it wasn't me.  I guess the moral of this story is, don't criticize your neighbor until you have walked five miles in his Long Johns. 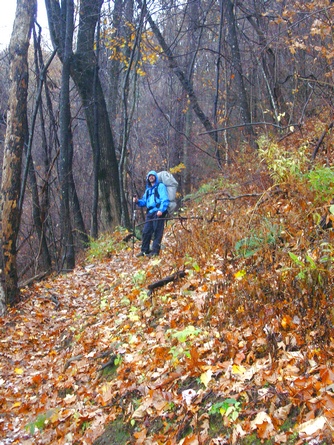 It didn't begin this way.  We left the Gradymobile in a complete rainstorm and ascended into an ominous cloudbank. 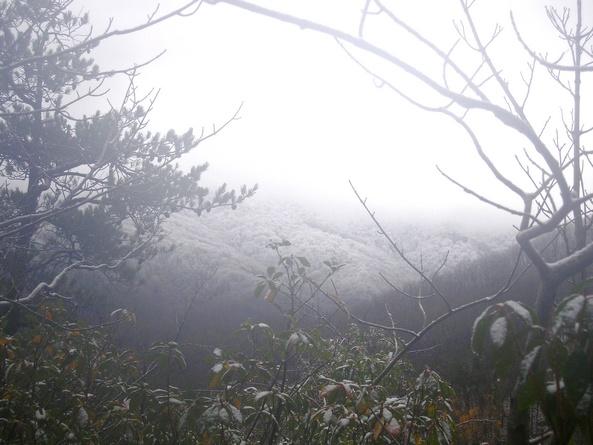 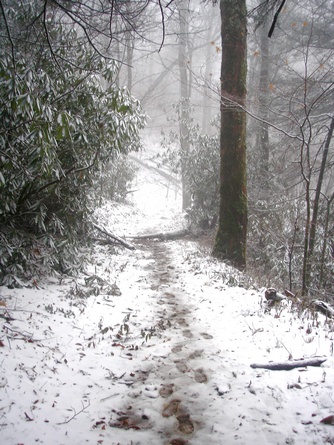 We found the snowline at approximately 3000 feet after the sleet abated.  No kidding, it was sleeting so badly the ground was white from pellets, (sleet pellets) not Grady residue. 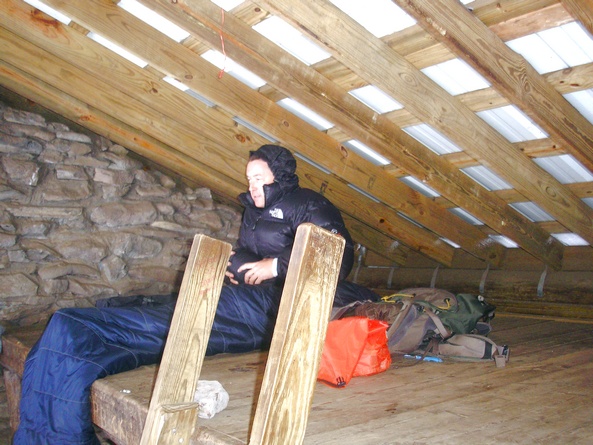 BC George arrived about dark and we immediately put him in a sleeping bag and made him squeeze the stress ball.  Dave had been mean to George, saying discouraging things and generally deriding his lack of morning promptness.  George retired to the upper bunk of the shelter and considered lowering Sally Dumplin's pay grade a notch. 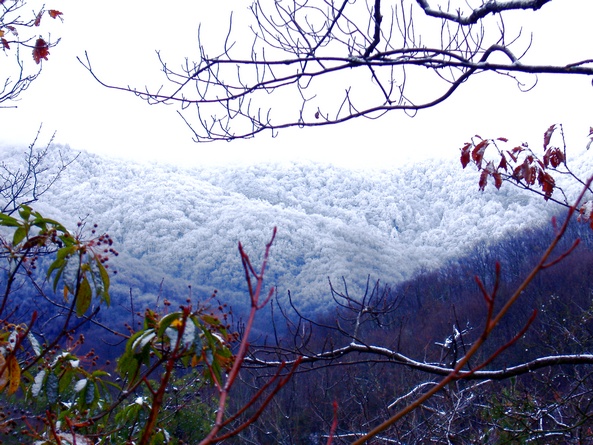 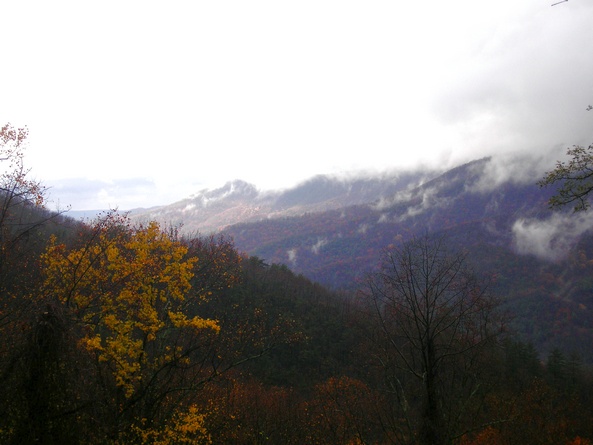 This is looking over toward Turkey Pen Ridge 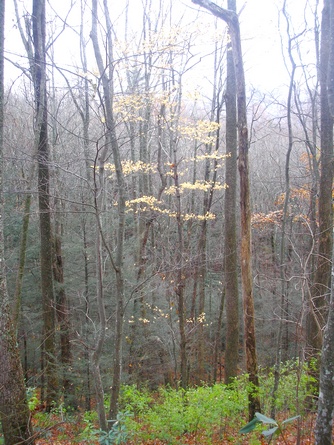 "And Sunday morning coming down... " I like Kris Kristopherson music. 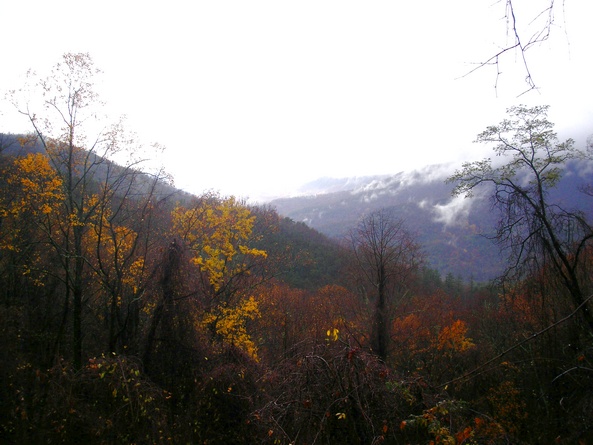 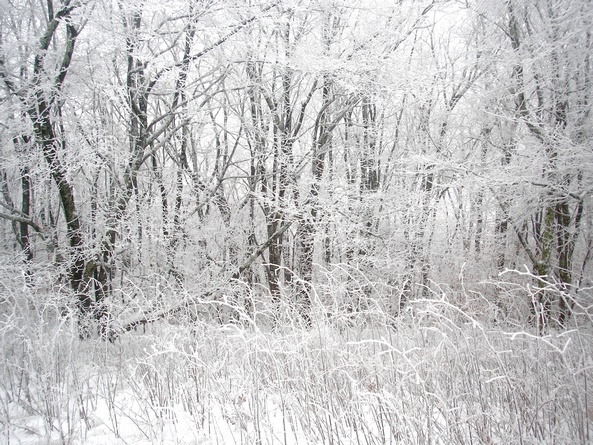 This is from the top of Spence Field.  It is nice to make "first tracks" in the morning.  Our boots were frozen stiff.  I had taken my worn out old sleeping bag that used to be a zero degree bag in 1990.  I would say that now it is more like a 50 degree bag.  Time to regear, I reckon. 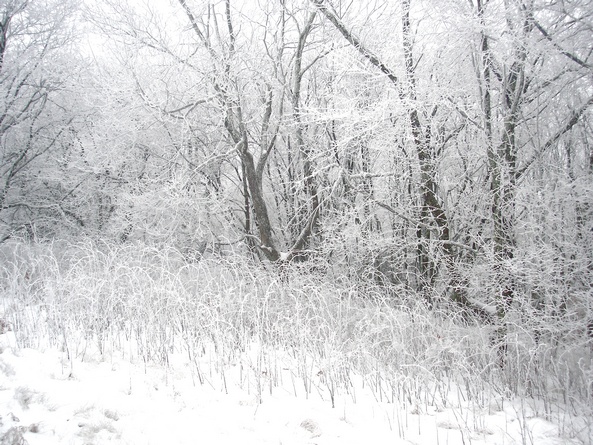 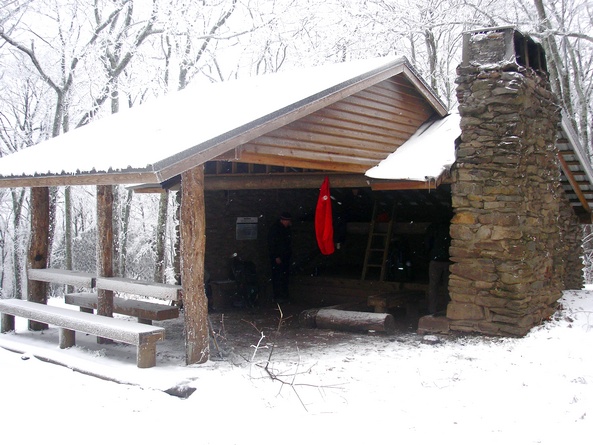 We had the shelter to ourselves and one new friend, Mr. Haiku, the section hiker.  He did fine with the Highlander shennaningans and hiked out with us in the morning.  Grady gave a clinic on foot placement down Finley Cane and we all welcomed the near freezing rise in temperature on Laurel Creek road.