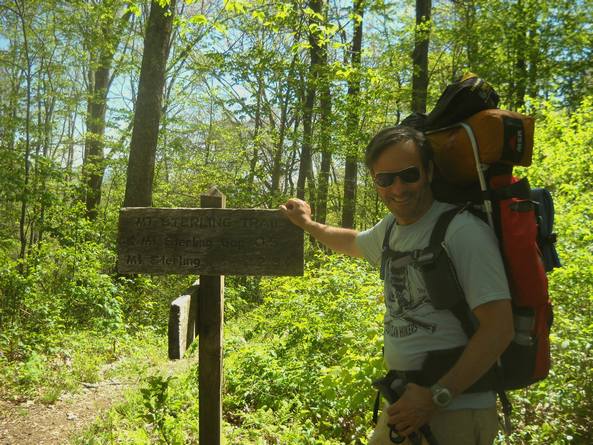 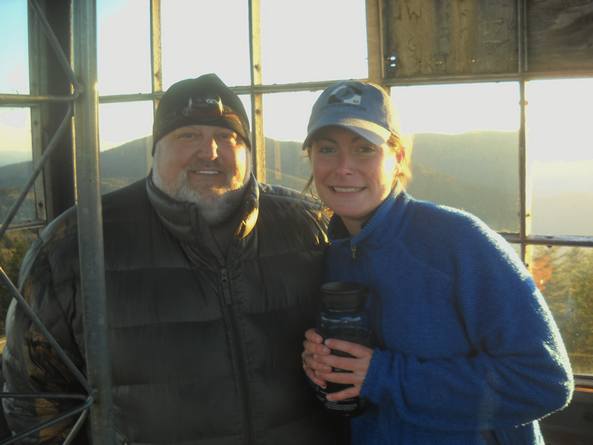 The best time to be on Sterling is when the front blows through and leaves a low pressure system which creates views unparalleled. 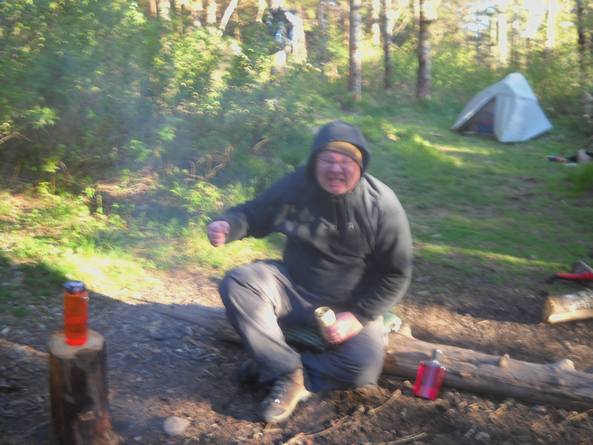 Of course, it doesn't do much for Skid's spirits.  He's mad as hell and isn't going to take any more of this Highlander dissention.  You see, President McGhee and George boycotted this hike because of a split in the Dumplin Valley crew.  Apparently, Sally D discovered that Uncle Larry was going to attend this event.  As a Dumplin Valley purist, Sally D discovered a kink in Larry's purported Dumplin Valley lineage.  Dave informed me that Larry wasn't a DV native, that he was born way up north in Indiana, thus making him a pureblooded Yankee.  Dave allowed that he could cavort with no Yankee who claimed Dumplin Valley purity. 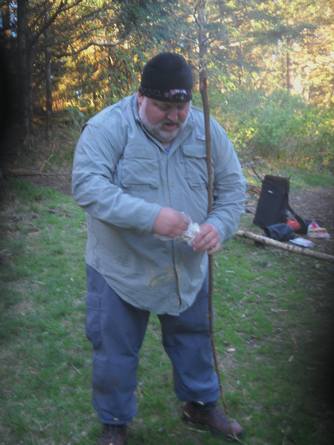 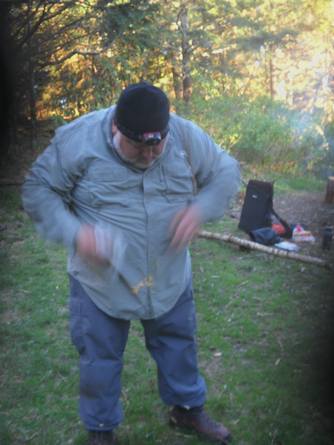 It was Colonel Mustard in the Parlor with the Hot Dog Stick.  What a Yankee move! 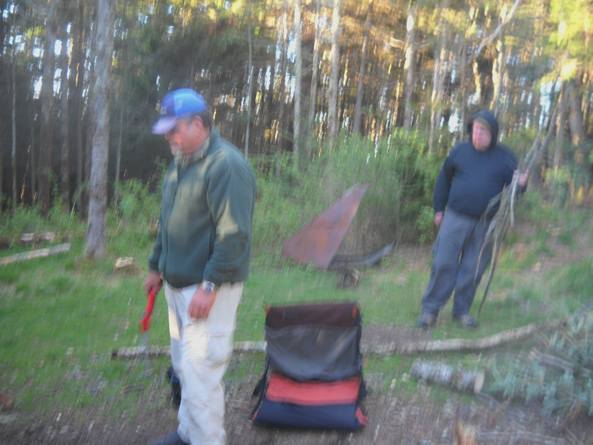 Jerky Mike is despondent over the lack of quality firewood and considers cutting on the Yankee.  Skid is taken aback.  After all, he has some Northern ties himself. 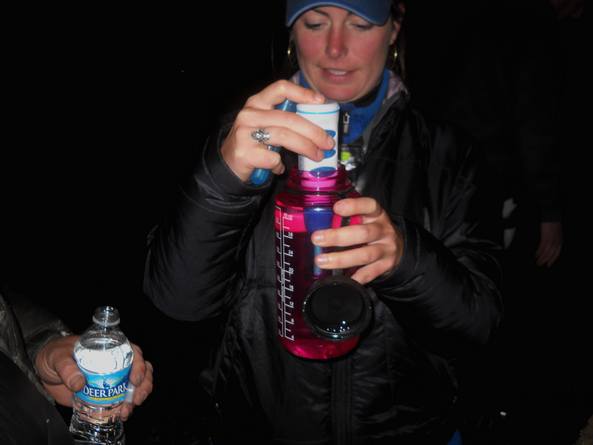 And speaking of Yankees, what kind of gadget is this gal employing?  Only up north would they invoke such a device for water purification.  (I will have to say it worked pretty well.  Using the UV light to treat water, not a bad little backcountry toy.) 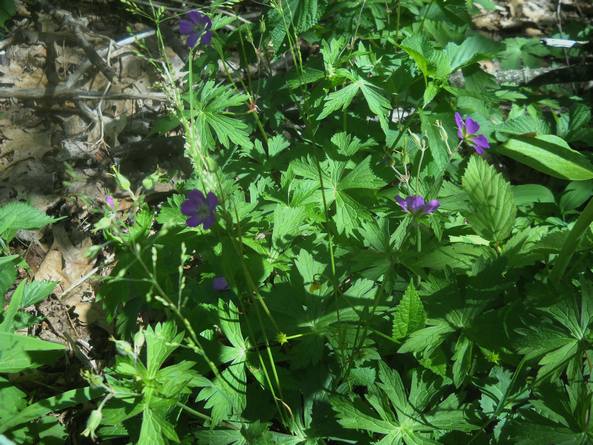 And the flowers did not disappoint 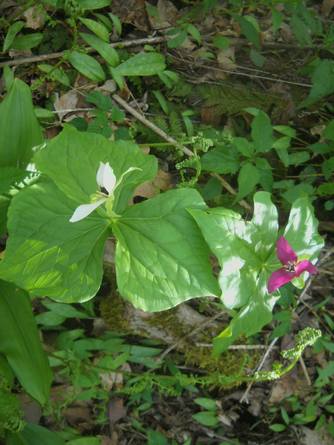 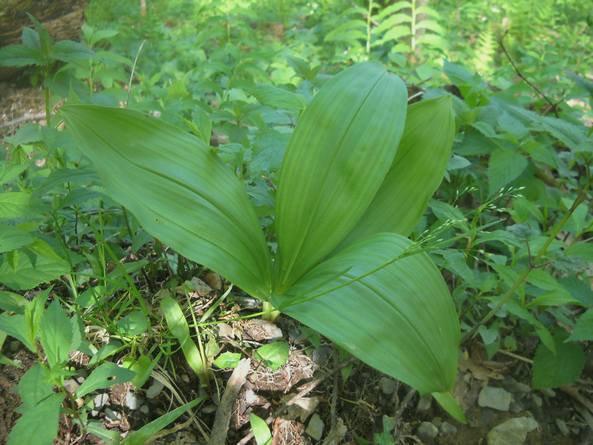 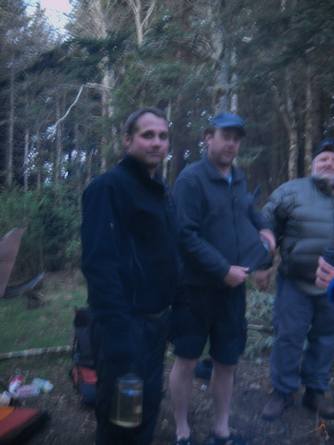 High Speed Alexander made a big run up the hill along with the Umbergler who intended to make a two night outing until he realized how cold it would get on the hill.  Bill wanted me to report that he decided he was the best looking guy on Mt. sterling that night.  I report, you decide.  Umbergler hasn't made up his mind.

Temperatures likely got into the high 30s with a bit of wind which made the smoke shifting fire a real sinus blaster.  Stars compensated for the chilly temps to make for a wonderful night at 6000 feet, thereabouts. 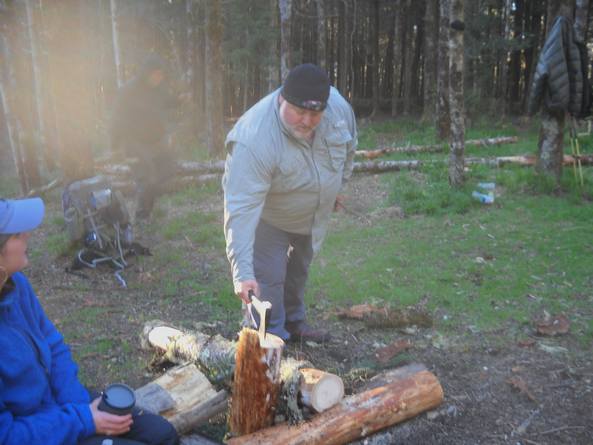 Yankees never had to learn how to split wood properly. 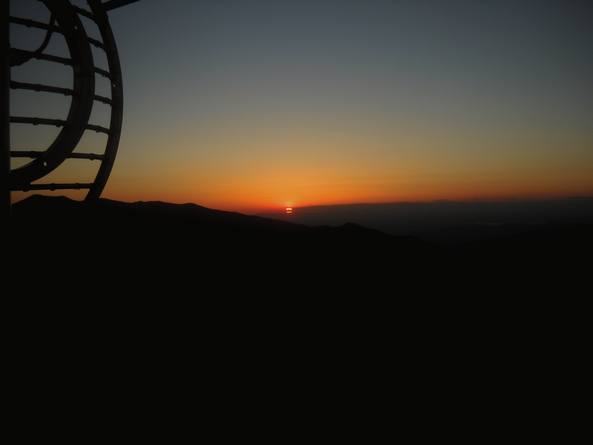 Dave, this is the best I could do.  The wind blowing through that tower ran us right off of there but it was a nice sunset nonetheless.  Mr. Skidmore is to be commended for his choice of backpacking trips on Mother's Day.  We missed several of the regulars and especially Reverend Grady.  It was mentioned that he and Jack have been absent for quite a while together.  Someone suggested that this might make a great spot for a civil ceremony, just saying.

Trail Stats:  Mt. Sterling Ridge to campsite 38:  3 miles approximately.    (And a word to the Appalachian Trail License plate pushers.  You might not be doing much for your cause by littering everyone's windshields with trash to be found on the side of the road.  It looks bad.)