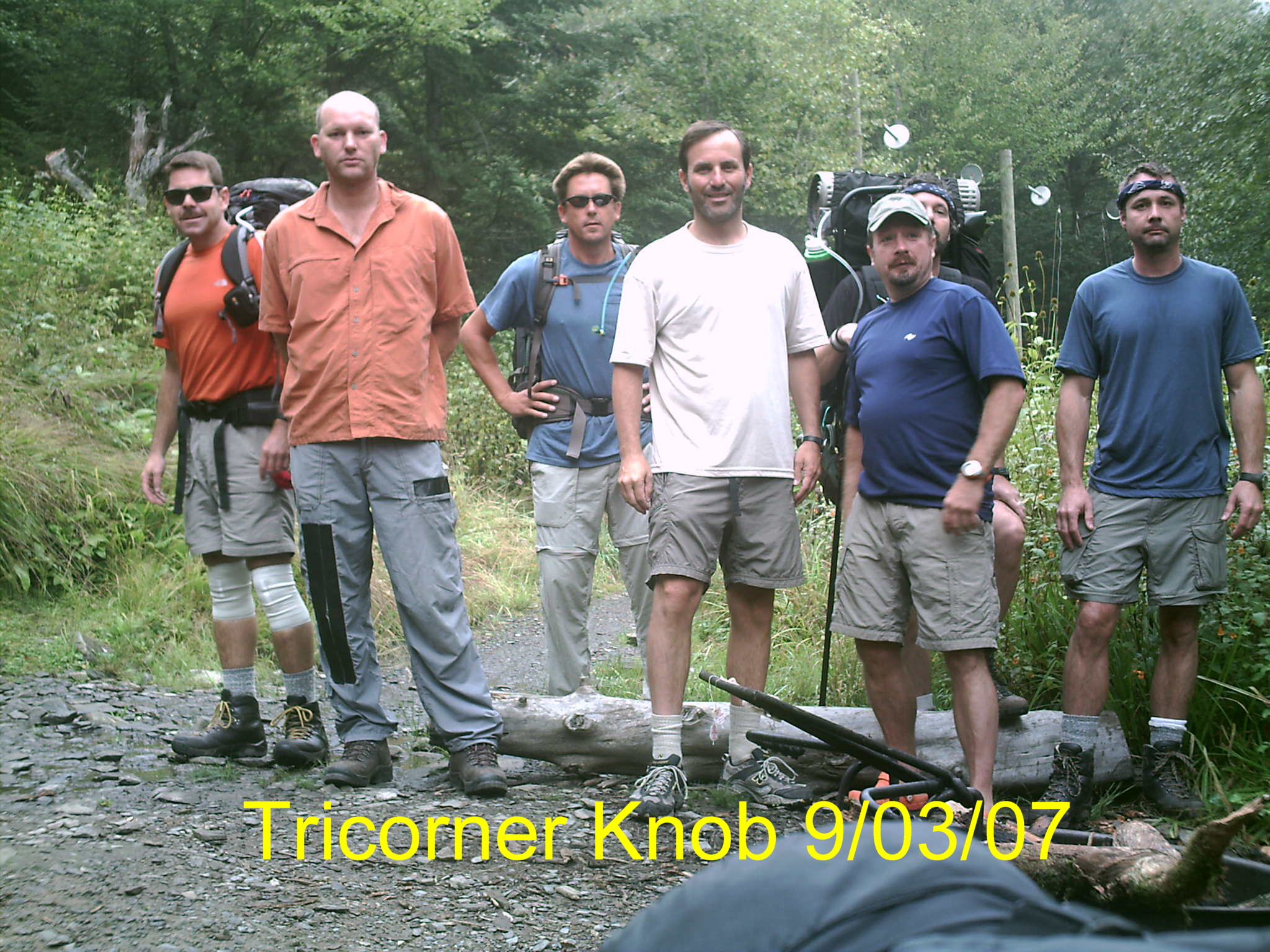 I will say it was a feat of the most competitive hiking ever personally witnessed.  I have never seen grown men try to outrun one another to a shelter.

Any way, I am impressed by the mileage goals achieved.  It was great weather, we met some good friends and this hike saw the return of the Abner monster who put on a clinic for the young tenderfeet by NOT racing them.

Some events of note on this trip.  The first night, Martin snored like THE DICKENS.  The second night,  High Speed snored worse than Martin.  Later, Martin was found inspecting the privy at Cosby Knob, as related to me by Ab the Knob specialist.  As a matter of fact, I couldn't' get Ab to quit talking about the Knobs.

Some would say, ah, John,  You're Just Being Nice.  Well, no, I am not.  These guys did a good job, I am sorry that Martin had to lose toenails by running down Low Gap trail.  You would have thought there was a girl skinny dipping in the creek somewhere.  When we ran into the Ridge Runner almost a year to the date, he politely asked Sally Dumplin if he was properly registered.  I guess the Outlaw Hikers make quite an impression.

Overall, we did 27 miles give or take. 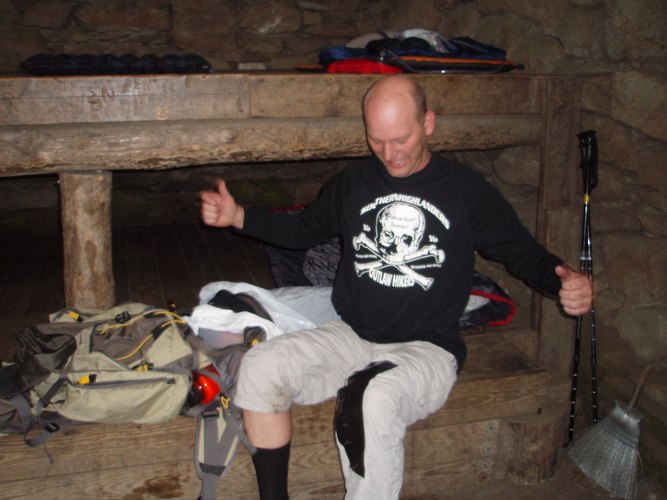 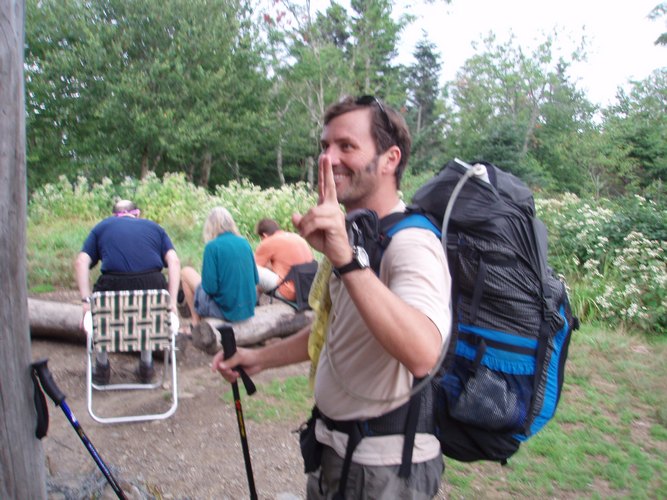 By the time I arrived at icewater shelter, the Mississippians had prepeared a seat and some beverages for me. 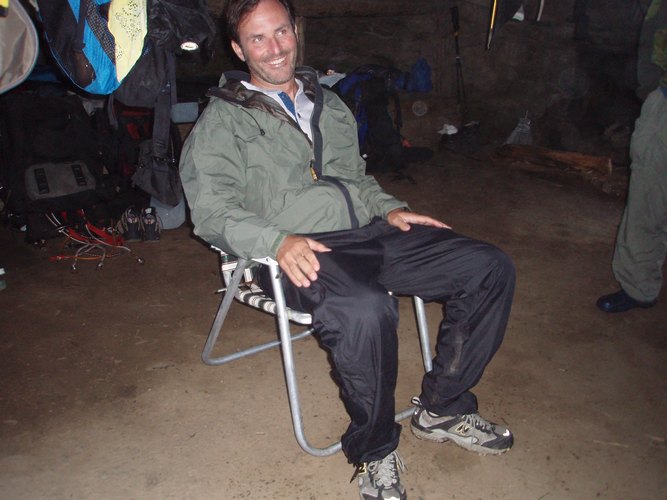 I tell them not to make such a fuss but it was nice.  In this scene, George is preparing to rub my feet whilst Martin prepares my bunk. 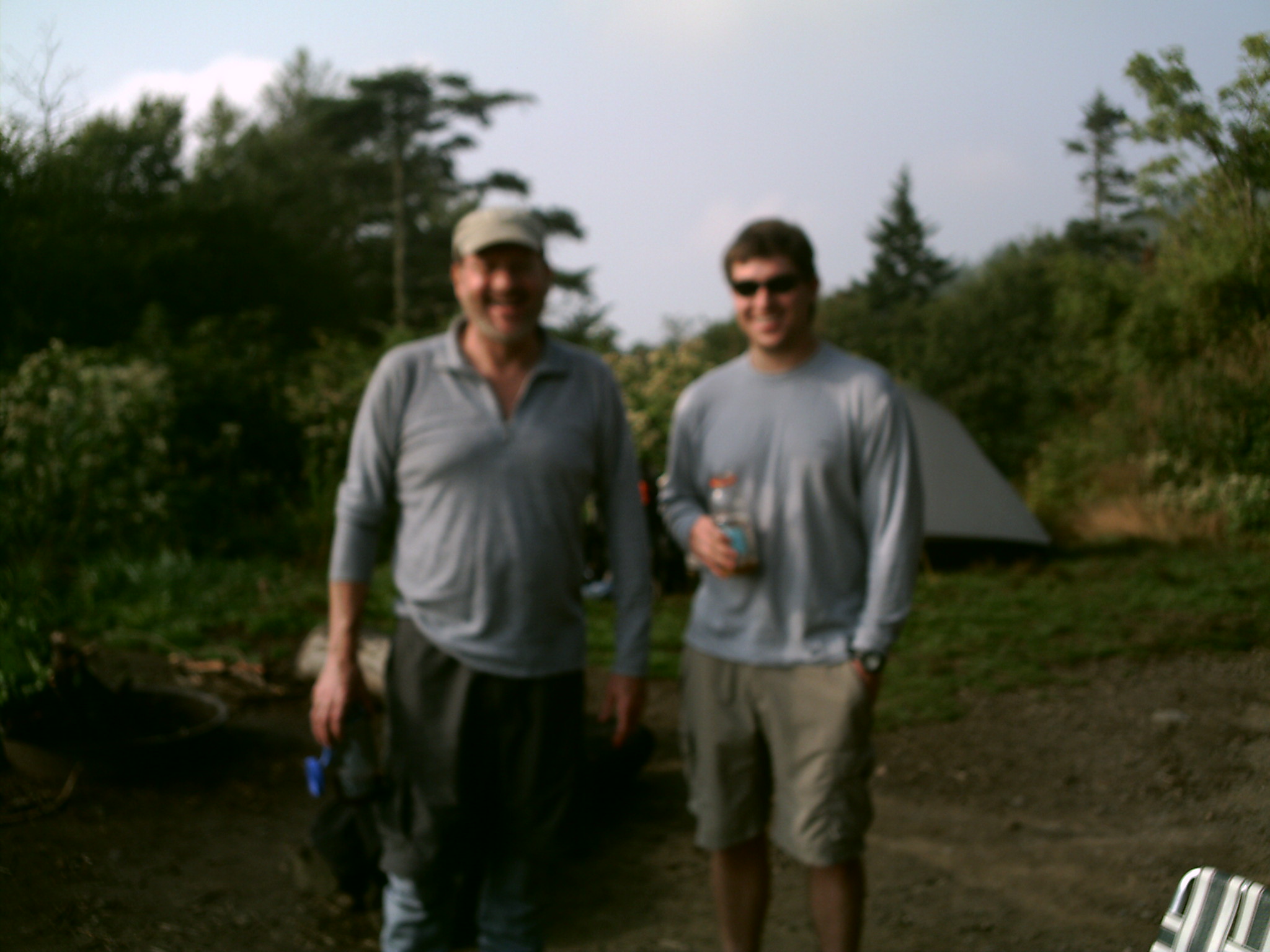 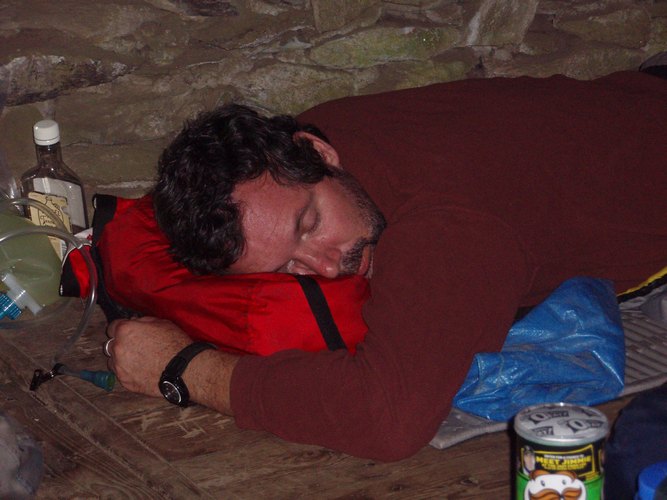 I can't imagine why Grady is asleep. 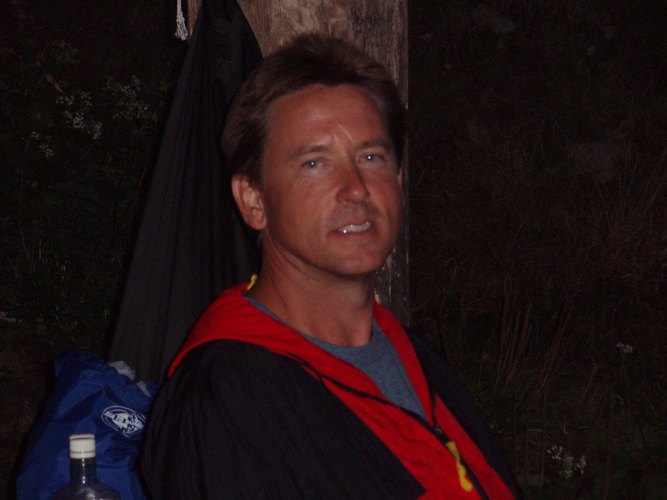 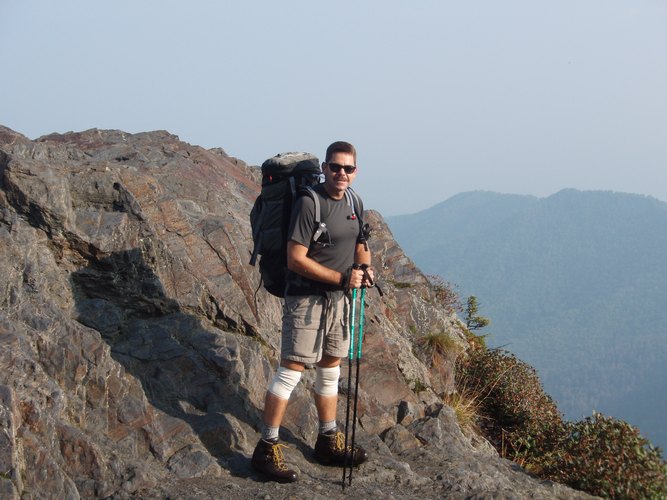 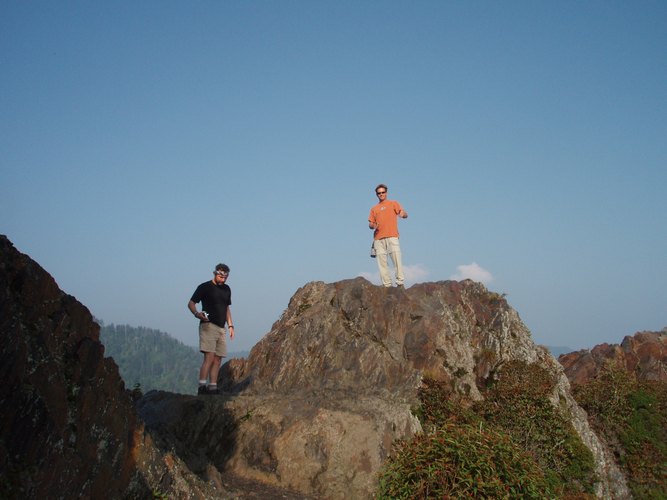 Charlie's Bunion is visited by the cast of Lonesome Dove. 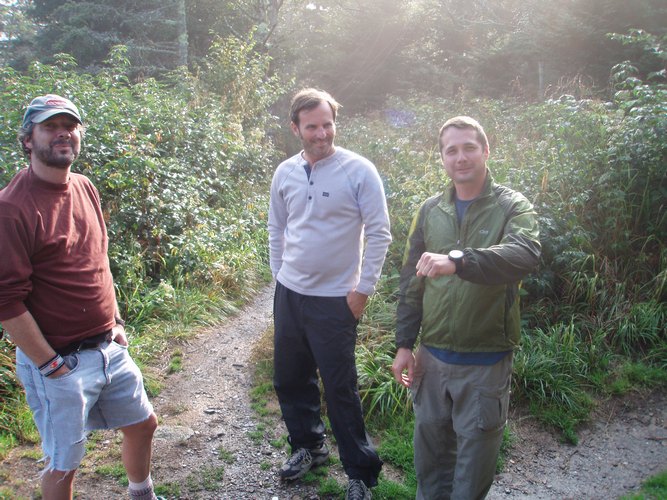 At Tricurious Knob, High Speed shows off his new altimeter with the DSL connectivity function. The Tricurious Racing Team is ready for their jog to Cosby.  I asked for a thumbs up from the Knob Specialty Team. 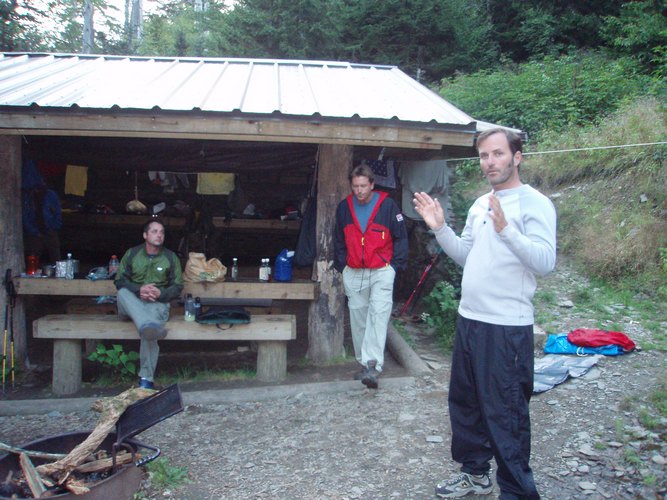 Buff gives final instructions to the Tenderfeet before their solo departure. 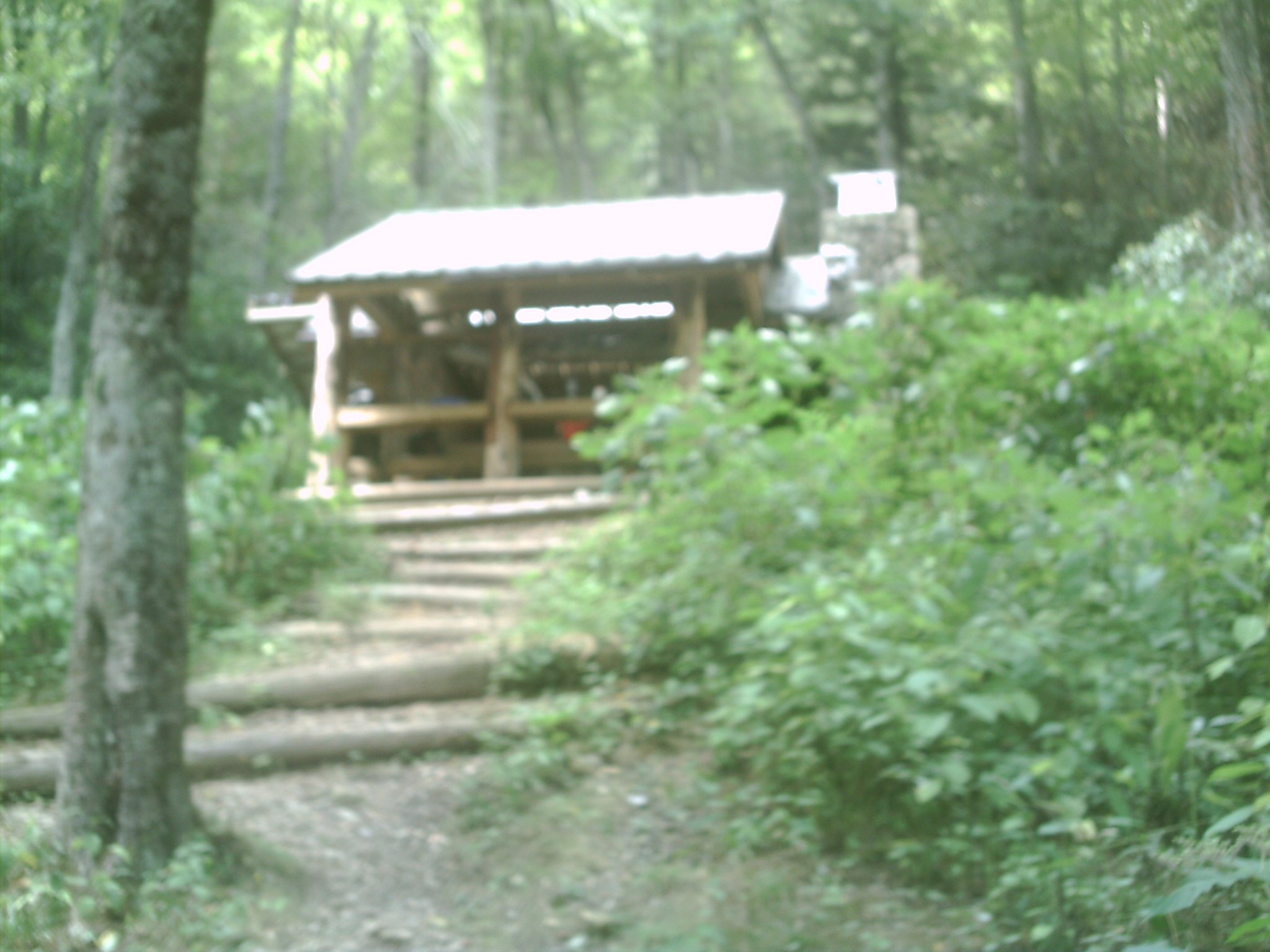 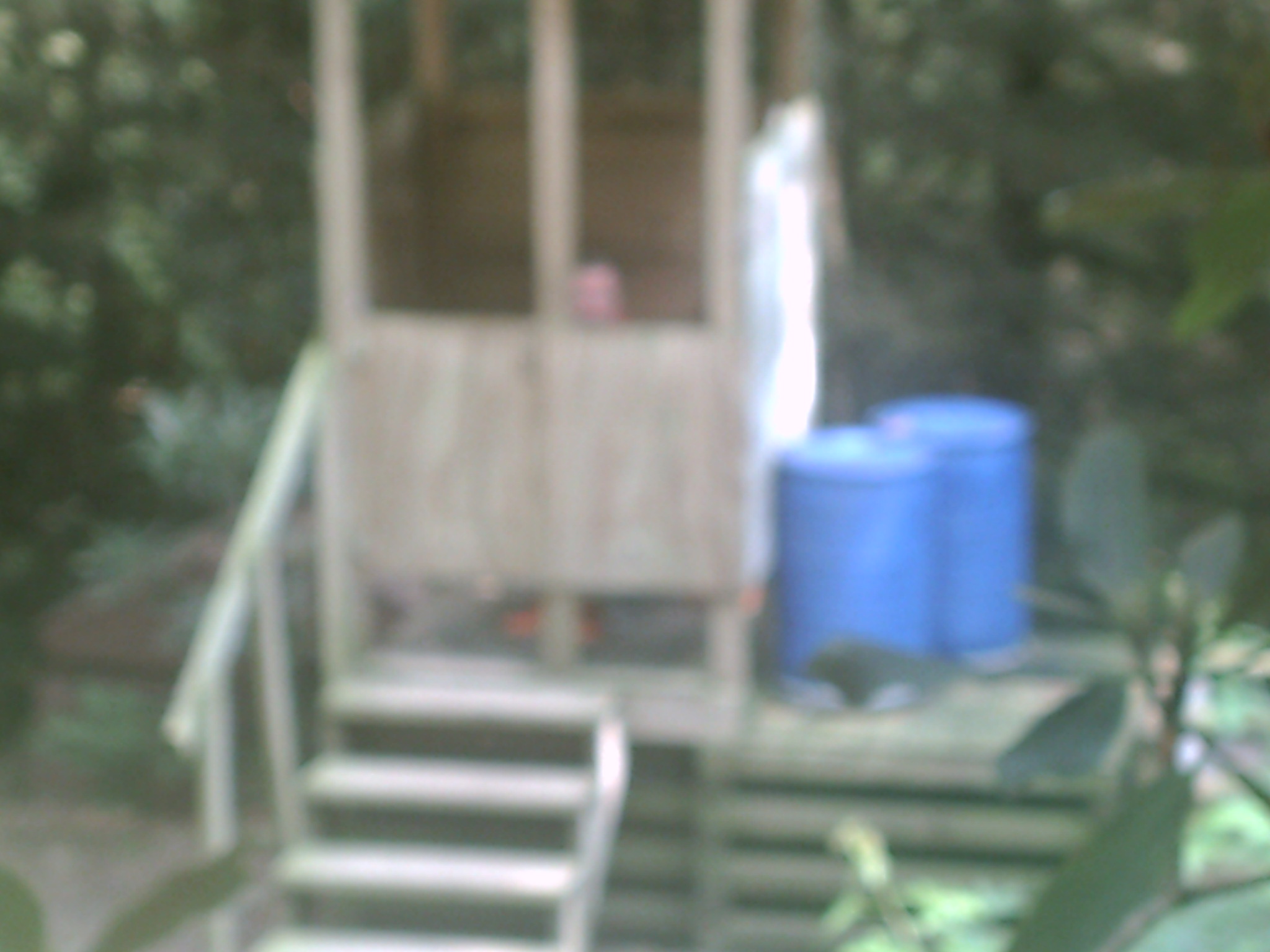 Another "Shit of a Lifetime." 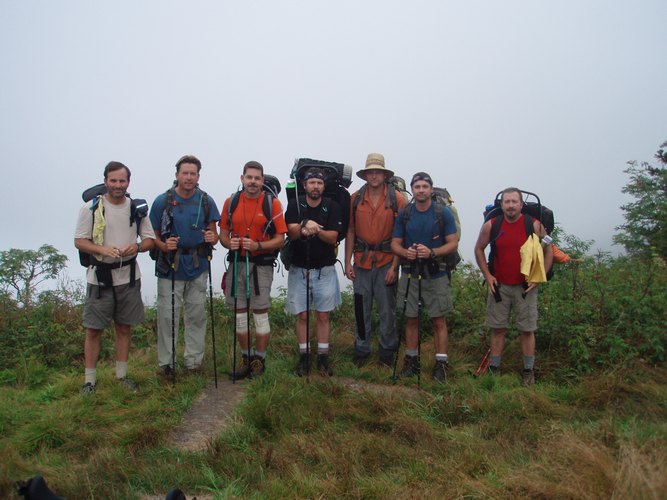 CAN YOU SMELL IT/