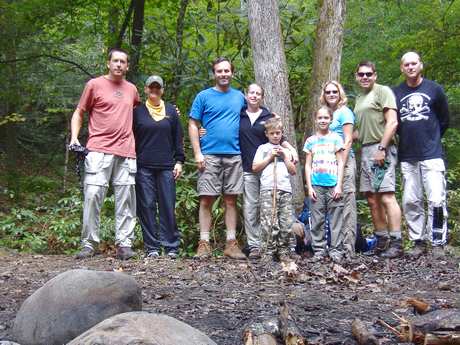 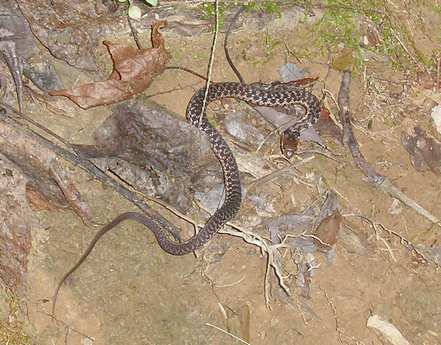 First to identify this feller gets a free spoon. 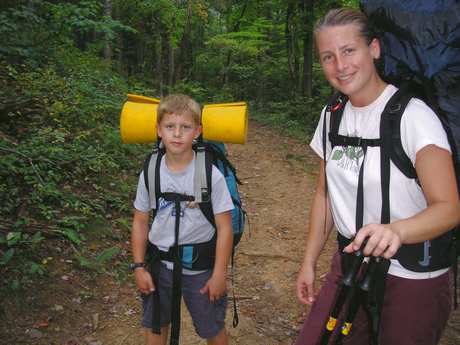 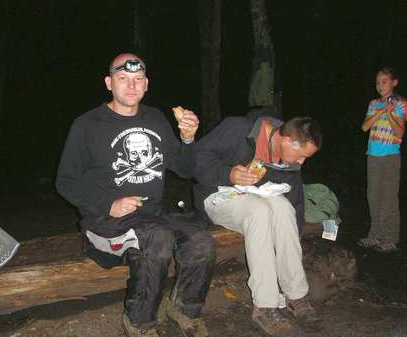 That's right, Ab has flown off my arm onto BC's sandwich. Can you believe he was able to leave his sheep for the night? 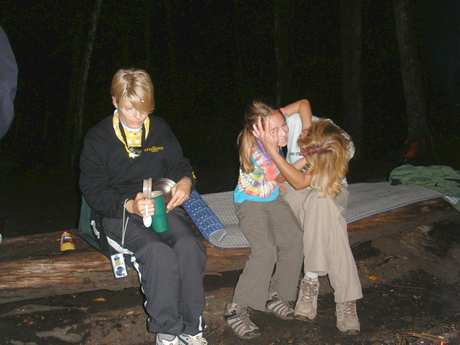 Things get a little out of hand when Holly refuses to consent to her parents stipulations about waiting until age 35 to date. 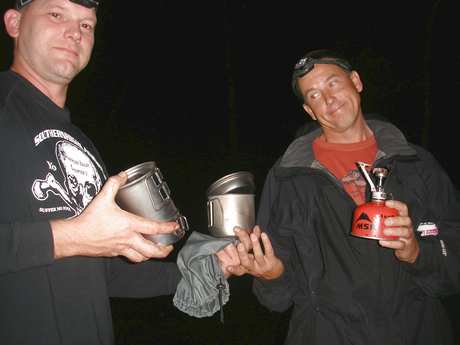 In a rare pictoral event, George thanks Ab for the loan of a stove.  From the looks of things here, he really appreciates it.  I say keep the amorous intent, IN the TENT! 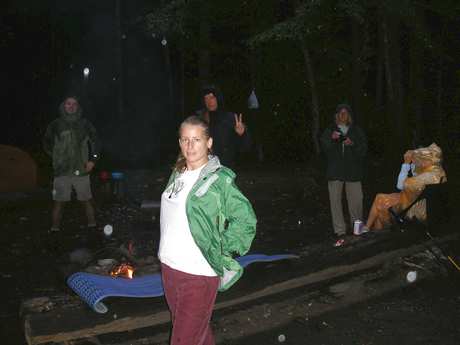 Strutting around camp like a baney rooster, it's no other than the former Smoochster. 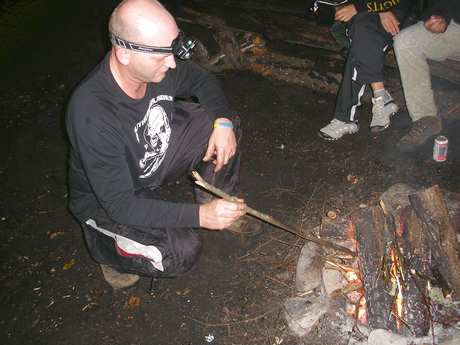 Here, Ab demonstrates his control and restraint of firebuggery. 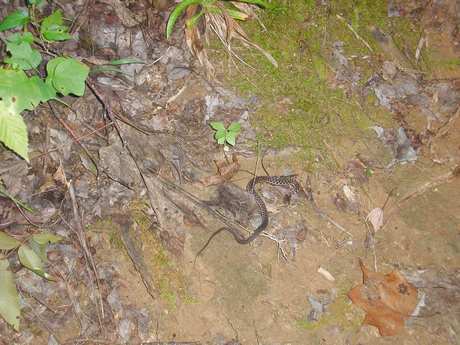 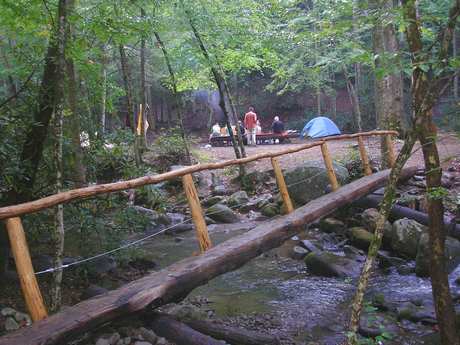 New bridge over the river, couldn't they have removed the other one?

(This picture below is from two years ago) 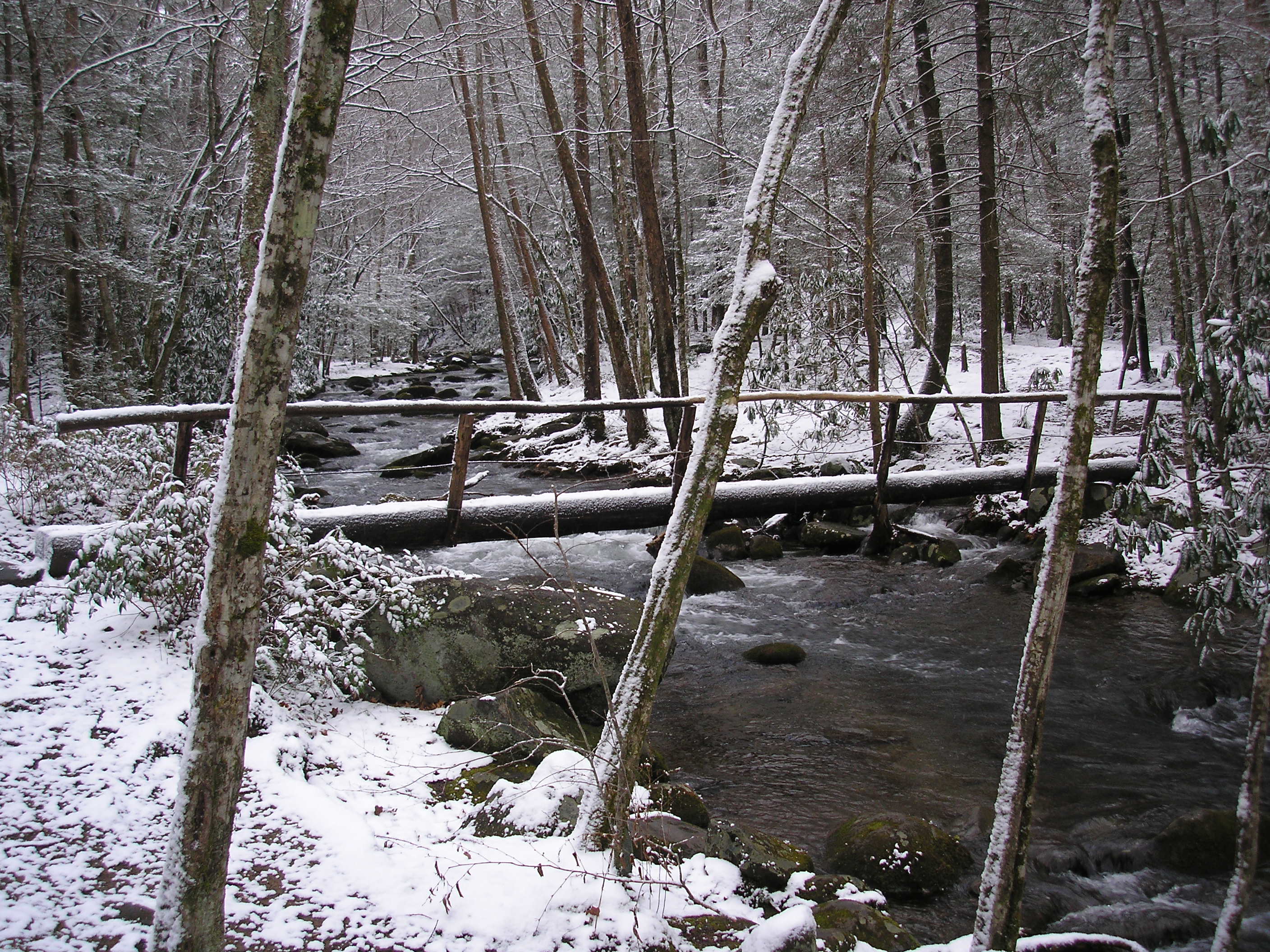 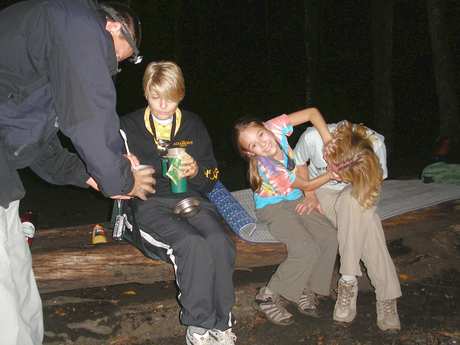 I think Holly has negotiated it down to age 30. 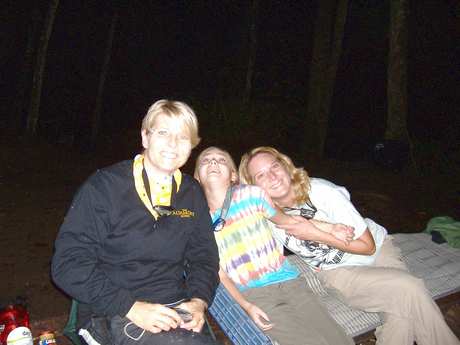 Cindy proves that she does not leave bruises to the DHS worker. 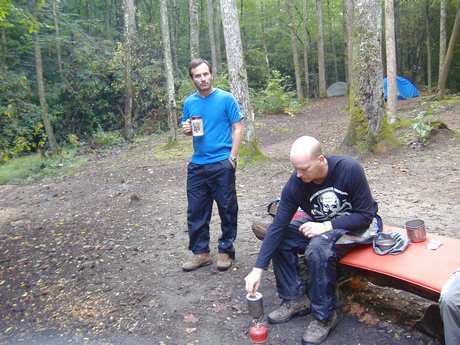 Ab receives a refresher tutorial on how to use outdoor gear by yours truly. 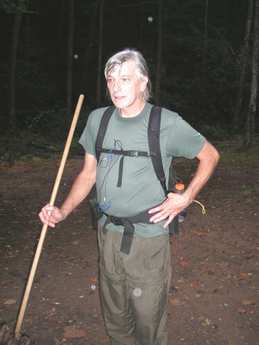 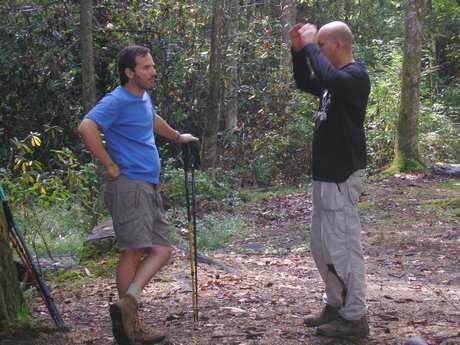 "It's fun to stay at the YMCA" 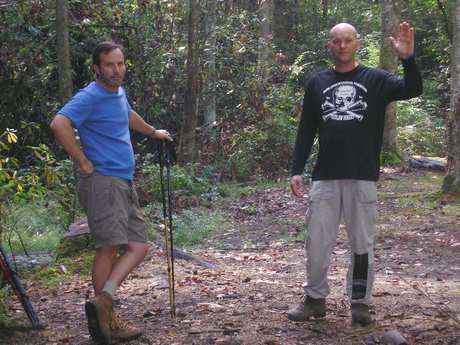 Okay, maybe it's just fun for me. 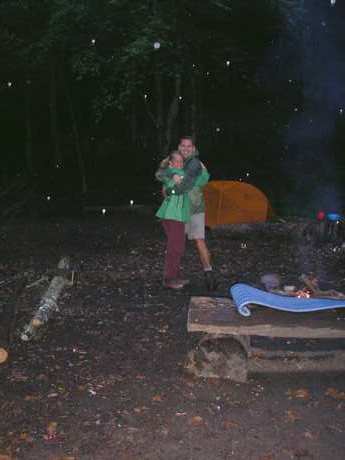 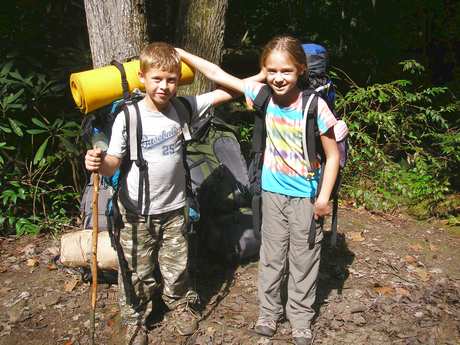 Holly tries to "Rock" Isaac's pack.  He is much too smart for that and returns the favor.  In the process, he turns to her and says,  "Most girls don't think I look 30!, What do you think?"