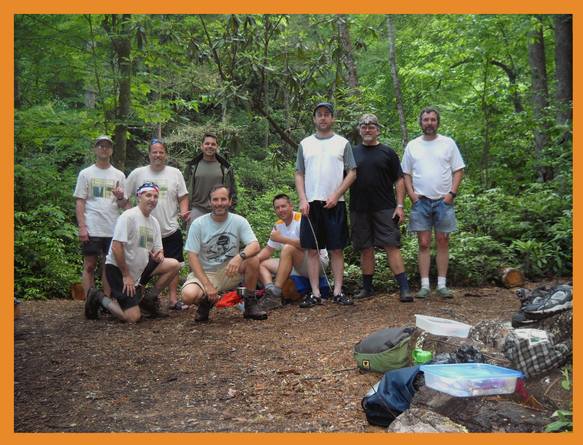 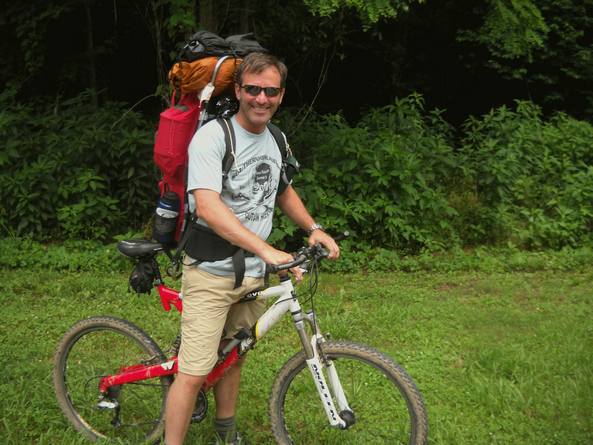 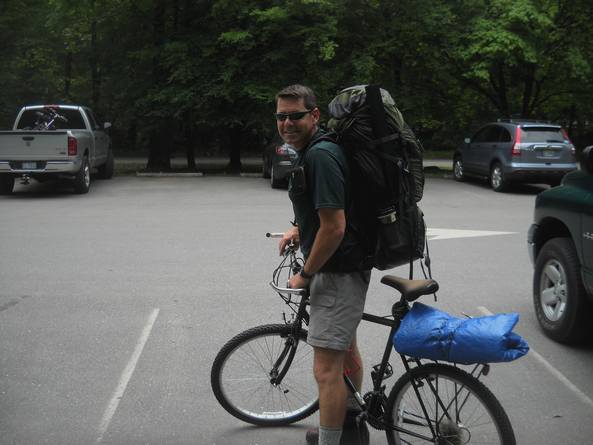 It seemed like a good idea.  Bikepacking for a change.  Dave and I would ride the two miles up until you weren't allowed to have bikes anymore and hike the final three into campsite #59.  The first two miles were a blast.  It is a good thing we Outlaw Hikers know that you are not to have any bikes beyond that point.  Besides, the trail is far too steep, undulating and rocky for any such foolishness.  You would have to push your bike for three miles if you decided to bend that rule.  It would serve as a natural consequence for any attempt and that is why you should never consider doing any such thing.  If you did decide to do that, with a backpack, you could get thrown over the handlebars on some of the descents and injure yourself or get a knot on your head.  Best to follow the rules at all times. 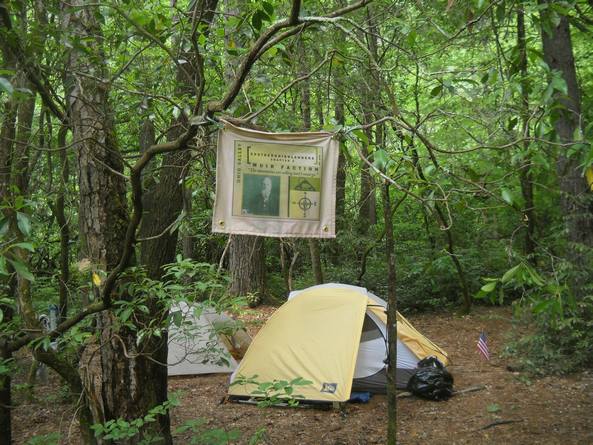 When Sally D and I arrived on Friday, there was no doubt as to where the camp was situated.  Muir Factioneers staked our claim and proudly displayed their colors. 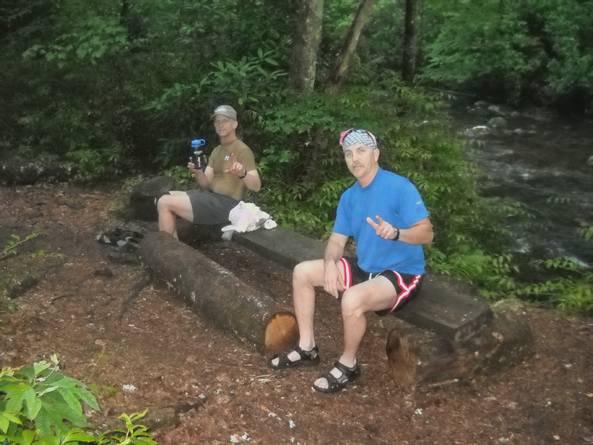 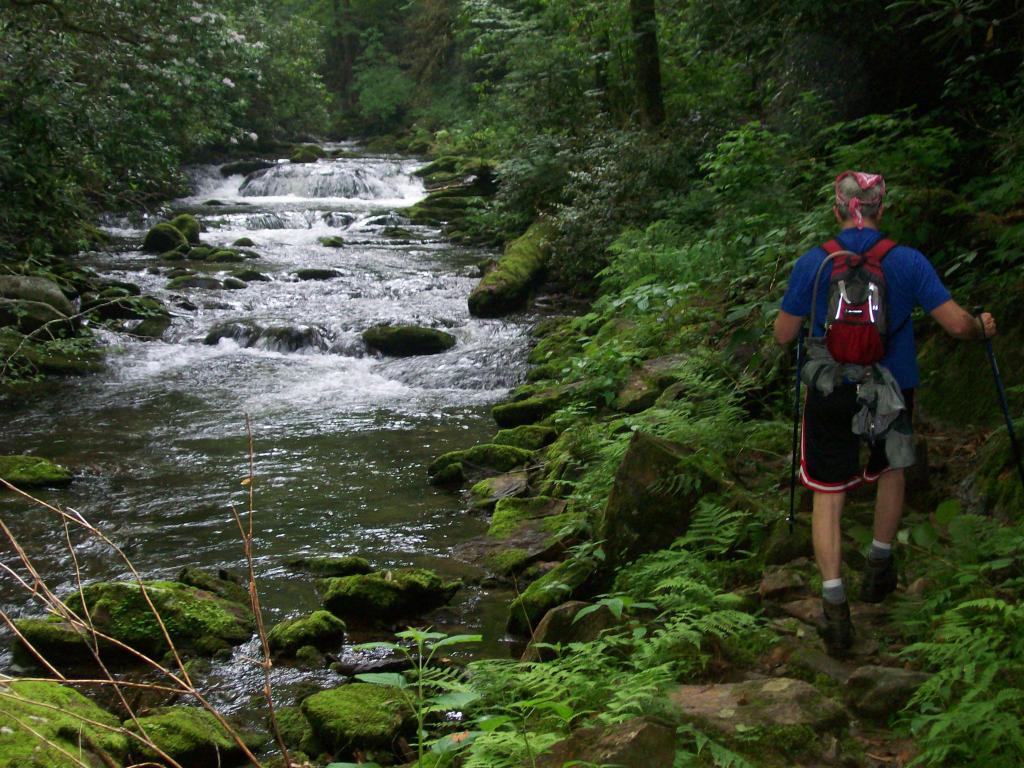 They returned to camp after a 22 mile day.  They ascended to Mt. Collins for one heck of a day hike.  Congratulations on a new mileage record! 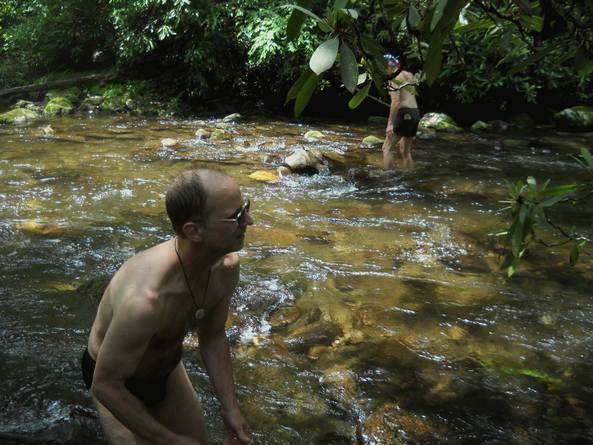 They deserved a good swim the next day as we all lounged about camp.  Chuck does his best here to emulate the Russian forms of bathing.  Ledge attempts to distance himself a tad. 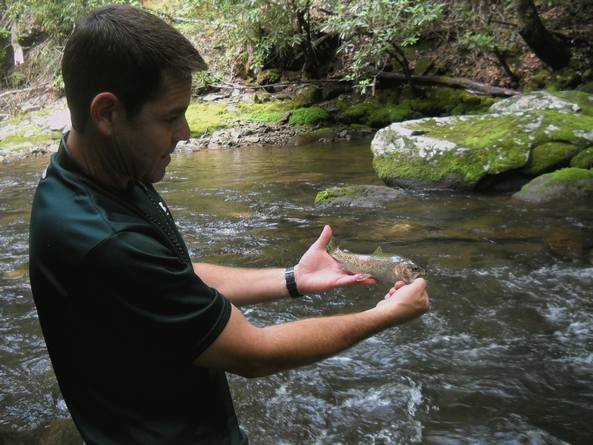 Sorry I could not photoshop Dave's hands to make them any smaller.  This was a trout and Sally caught it with a fly rod.  He was very proud of this trout and asked if I could add it to his tally at Citco.  No, Dave.  How's that.  NO. 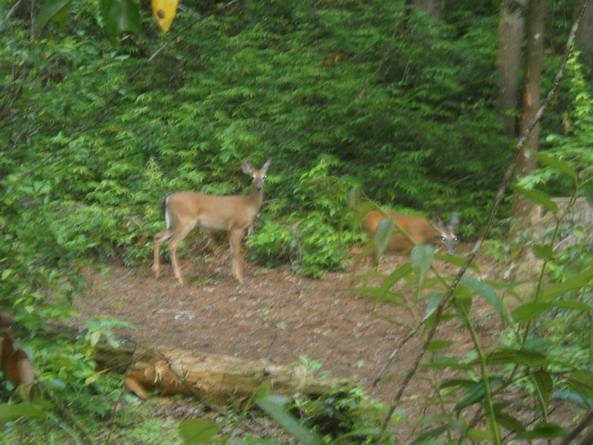 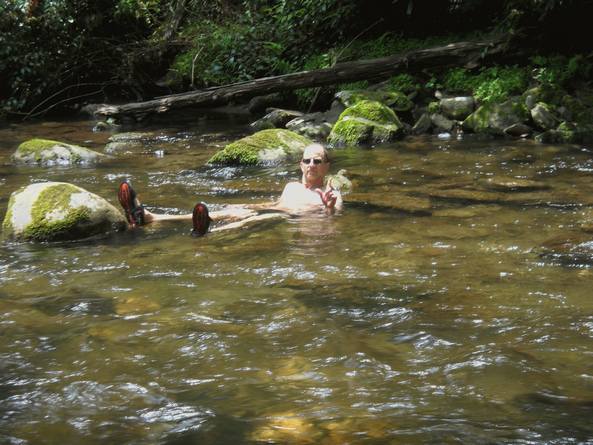 It was a very relaxing couple of days for certain.  We only get to see the Muir Faction  a couple of times per year.  This year they will have formalized their association with the SouthernHighlanders at Hangover where we look forward to their company and induction this Fall.  For a little history on the Muir boys, we first met them HERE.  Throughout the following years we joined forces and linked up in the backcountry for some festive merrymaking.  They are Ohio folk who deeply share our appreciation of the Smokies and give tribute to the finest benefactor the American wilderness has ever known, John Muir.  Our SouthernHighlander benefactor is Horace Kephart and we stayed in his shadow all weekend. 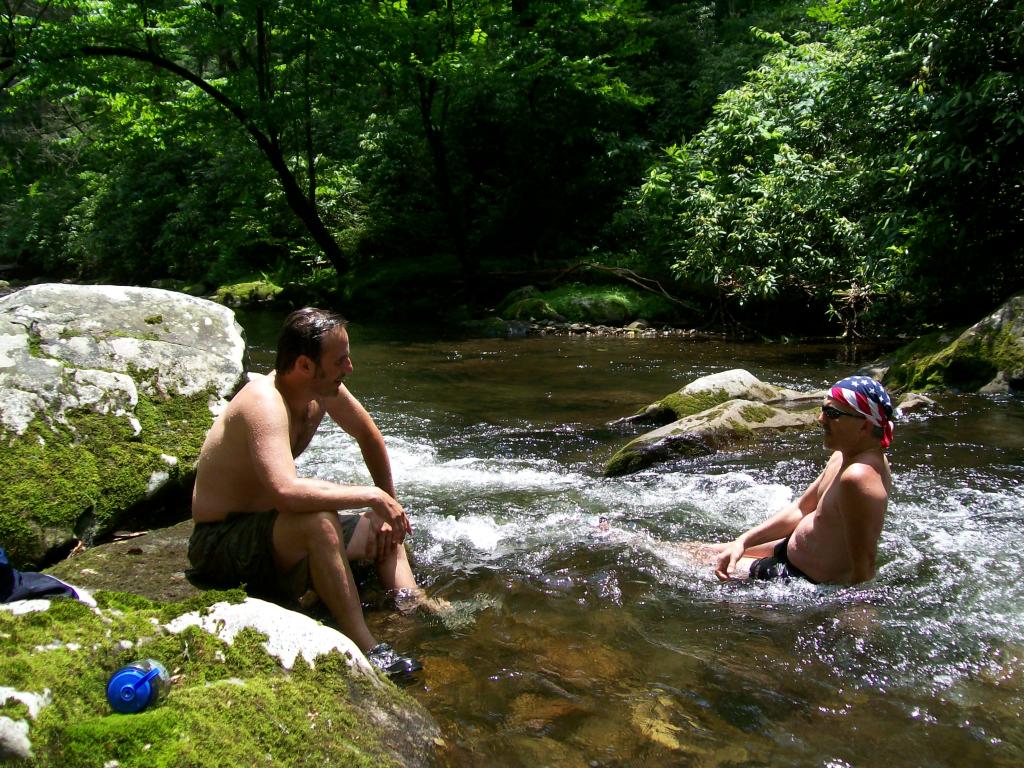 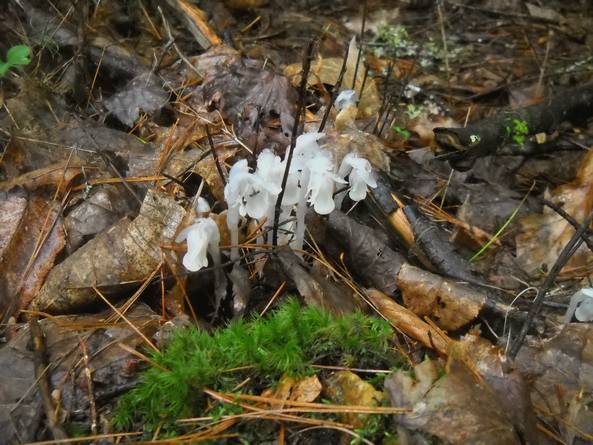 Guess it, get a sticker. 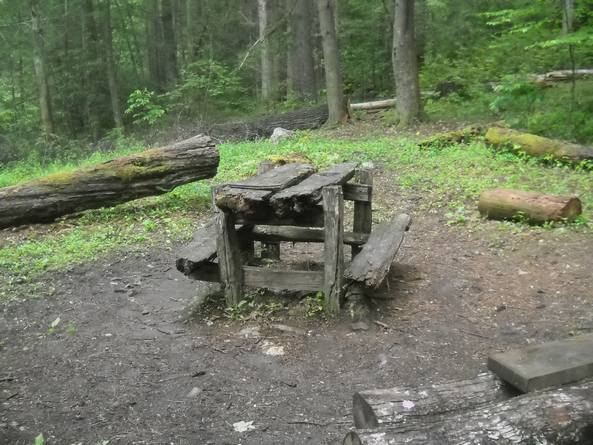 One of the reasons I snuck out of camp the last day was to pay homage to Horace by visiting the site of his last permanent camp in the Smokies.  Here at the junction of Deep Creek and Martins Gap trail is the spot where the author of Our SouthernHighlanders spent time before his death in Bryson city.  Ironically, this site is now a horse camp and is obviously suffering from wear.  Horace was instrumental in the foundation of the Smokies and he might have some things to say about how it is presently managed.  I think it quite a disgrace to allow horses to desecrate that particular spot because were it not for Mr. Kephart, there wouldn't be a place for them to ruin in the first place. 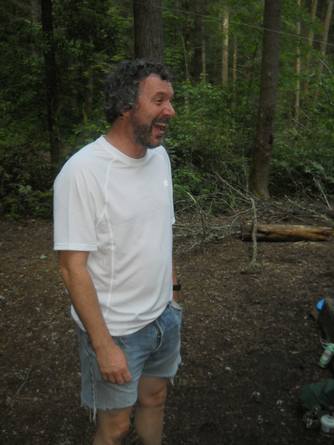 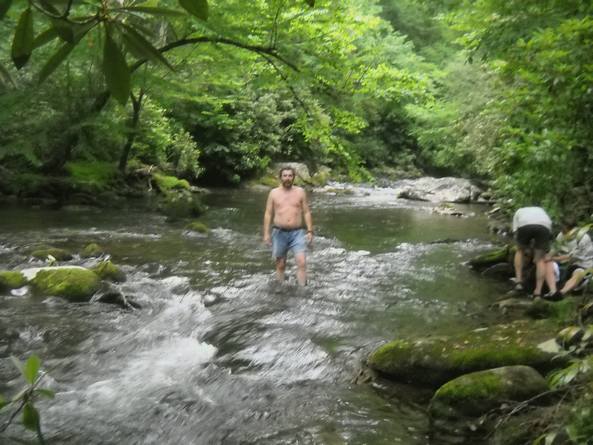 He emerged from the water prepared for baptisms and walked atop the stones and later attempted to turn water into wine. 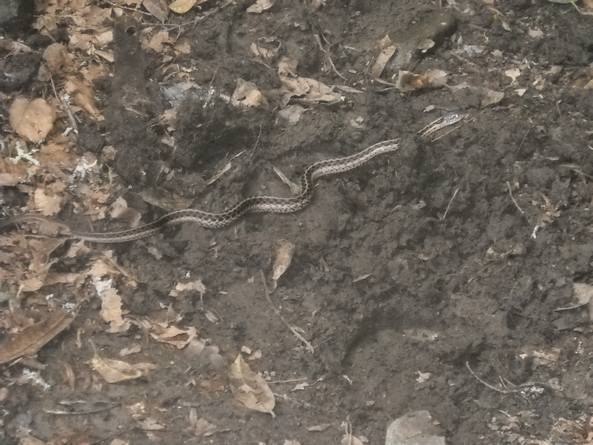 This guy would have none of that. 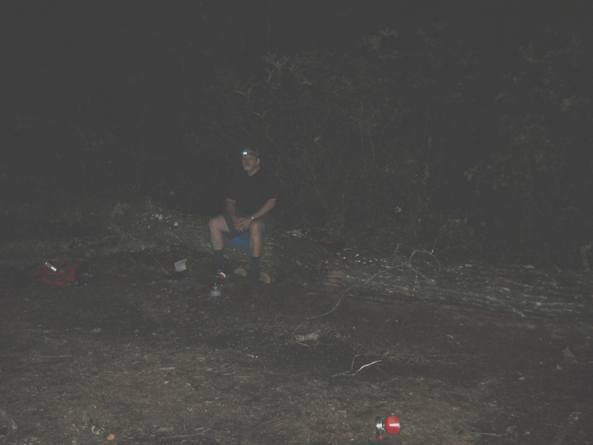 Mike preferred the company of himself this trip as he sat in deepest reflection for a significant period of time.  Someone had apparently said a discouraging word or Tagget insinuated that everyone had enough beans. 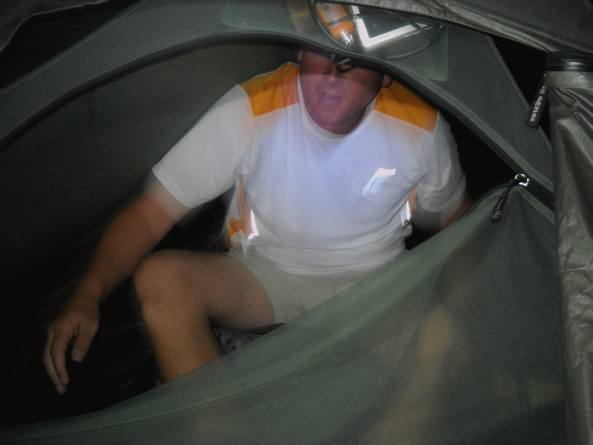 Similarly, BC George chose to remain tent bound for the entire evening after his arrival.  It was hello, a special hello to jerky Mike and off to his tent for the night.  We never saw him again until the spiritual hymns were sung around his tent and he begged us to leave and asked if he looked like a glass of orange juice or something of that nature. 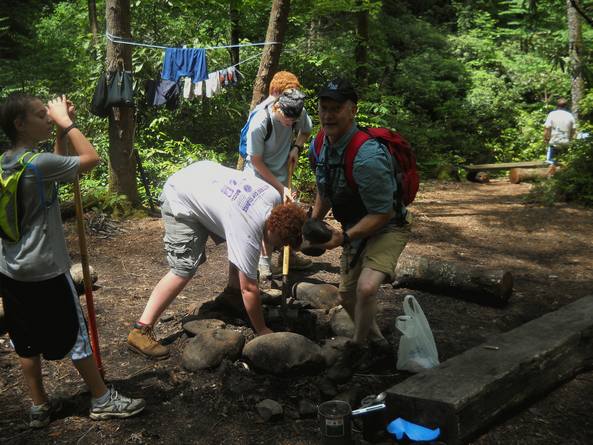 Just like maid service the camp cleanup crew arrived to dig out our firepit.  They balked at fluffing my pillows and Grady was almost arrested for trying to teach a merit badge class that wasn't in the manual. 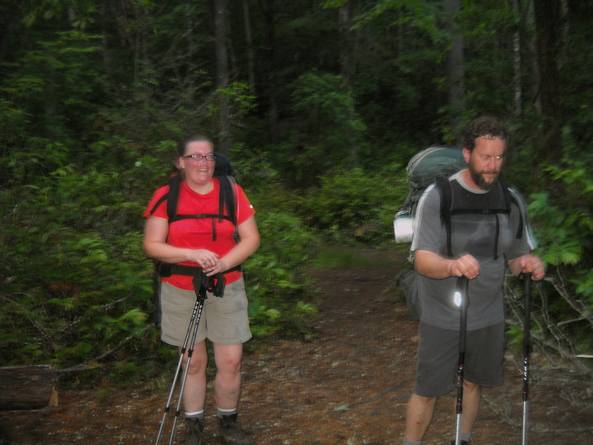 There is never an end to the surprise visitors we could have.  Will and Jenny were in Asheville and make a hiking cameo.  Good work guys.  Nice show.  Looks like a heavy pack Will.  I can help you lighten some of that load. 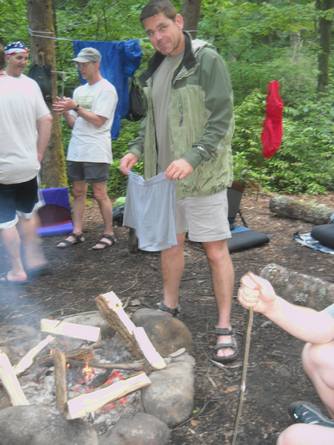 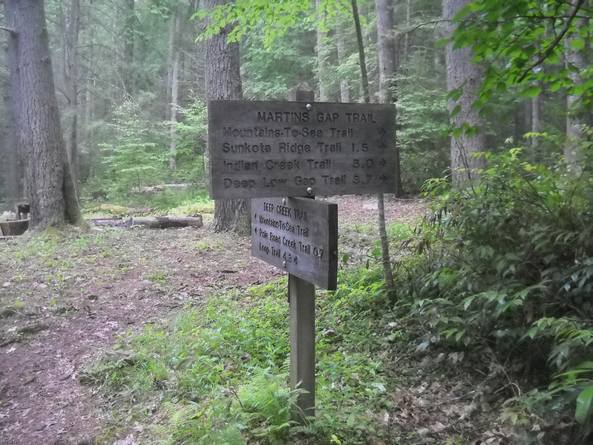 Bit of day hiking out of camp for me.

I ran into Kevin Umberger as I strolled out of camp.  He dropped down from The Divide for a big 12 mile day. 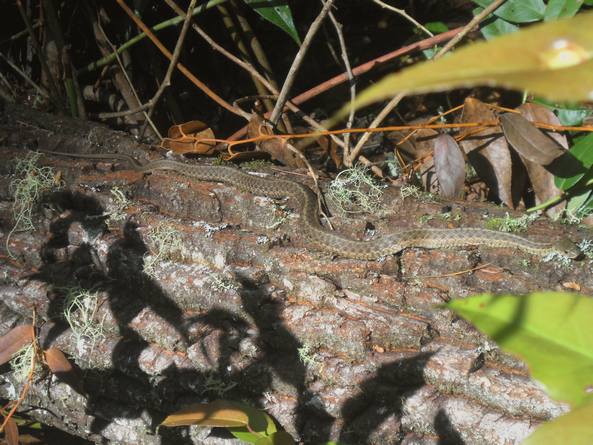 This fellow was our camp watch snake.  Yeah Steve, I can't go on a hike without attracting them.  All kinds of them.  Guess I saw four on this trip alone.  All garters and black snakes.  Speaking of wildlife, the Muir Faction ran into a bear outside of our camp, they say he was decent size and crossed the trail in front of them. 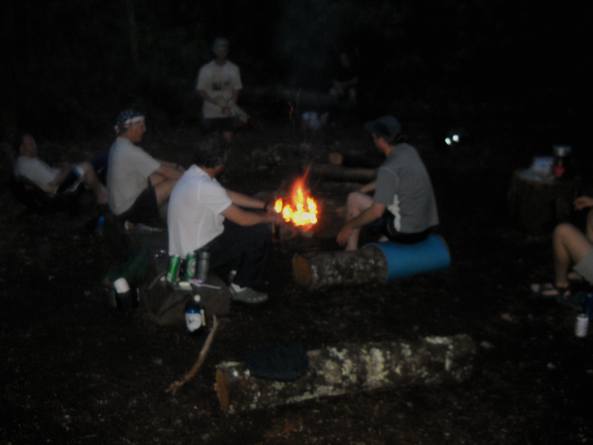 As the night approached, the Muir guys stoked the fire in anticipation of the upcoming Court of Inquisition.  You see, one of our members was indicted for some contradictory information about his planned attendance at last week's event at Meigs Mountain.  In respect of his privacy and in the spirit of unfettered justice  it was suggested by a member of the council that we have give him a pseudonym until the charges are answered in either direction.  A transcript of the proceedings against United Lips is in the works. 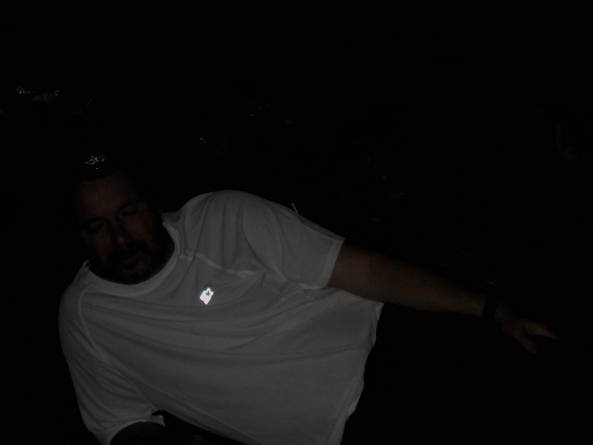 This is Grady in repose.  He defied the odds and remained erect until almost midnight before stick nappery overtook him and he reunited with organic matter horizontally.  It was a tough hike in the heat, for sure. 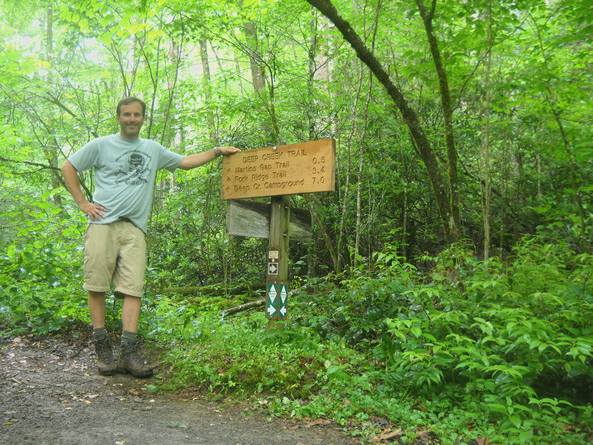 I made it out to the intersection at Pole Road Creek where the bridge was washed away. 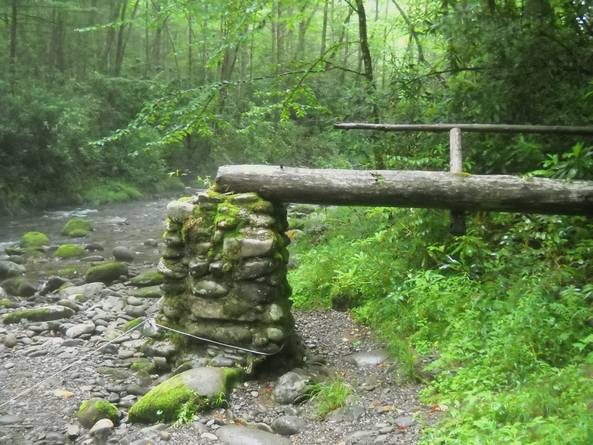 Can you imagine the flow responsible for that? 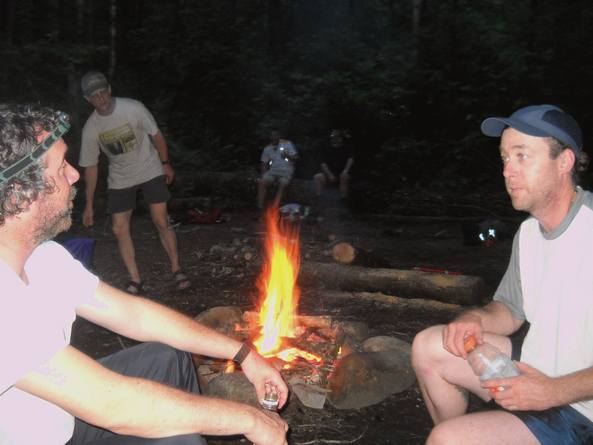 Kevin asks Grady if Chuck is aware that the Indian dancing portion of the proceedings is yet to arrive?  Grady suggests they not interrupt Chuck Adam's ritual as it seems to be helping the fire anyway.  We later discovered it was actually a talisman event to banish BC George to his tent.  Worked like a , er, talisman.

In summary, it was a super relaxing weekend.  Especially relaxing for George.  Many different routes, lots of miles covered, plenty of wildlife and recreation.  Great to see the Muir Boys and all the hiking cameos.  The 5 day AT hike is slated for thursday to monday. 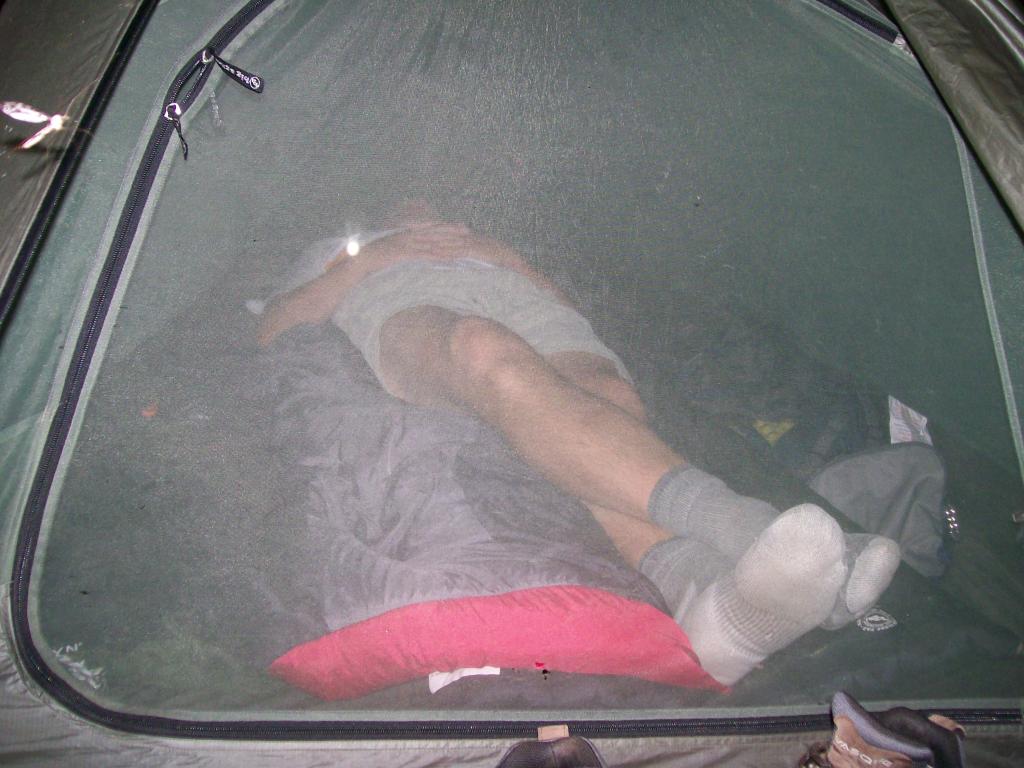