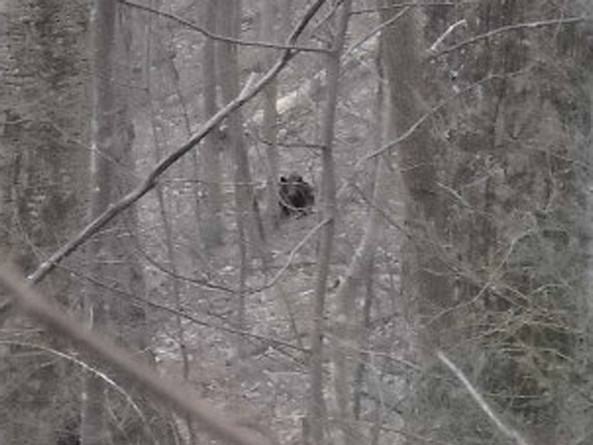 On the way back from Russell Field

we found this guy wandering aimlessly. 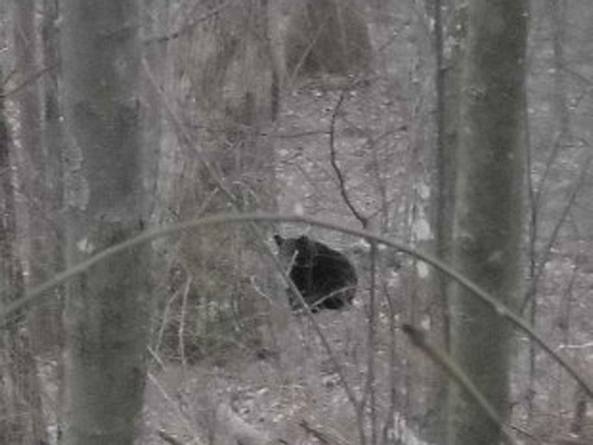 He looked to be recently out of hibernation and was sitting. 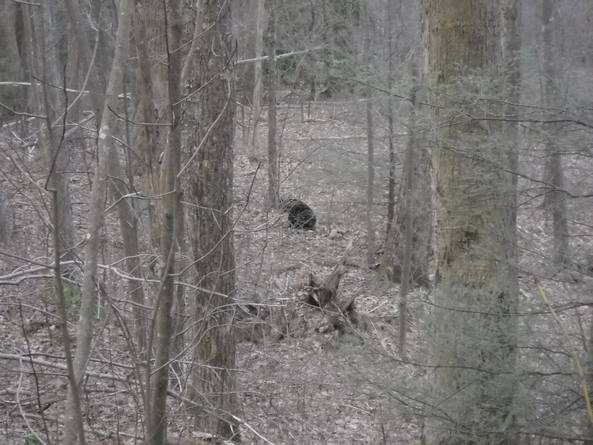 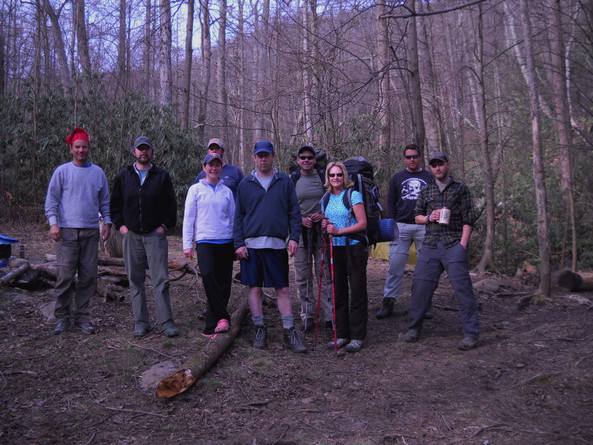 If we look askew, it is because we have an audience of rangers.  Two to be exact.  They cruised in on us yet again but we were had permits appropriately filed and all was in order. 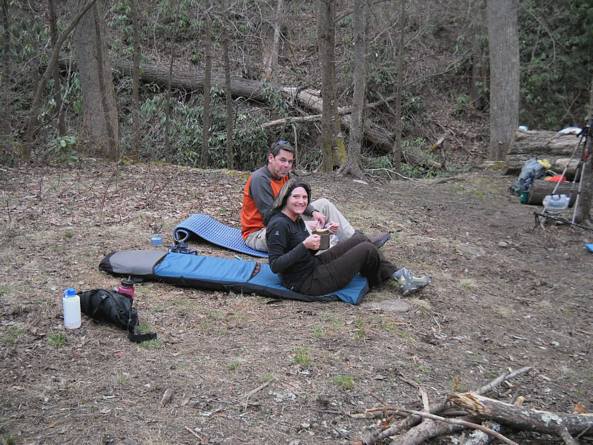 Cindy McGhee enjoys a Sally Dumplin meal.  We required her to wear the hair net in conformity with backcountry sanitation regulations.  Dave can't believe we talked her into it. 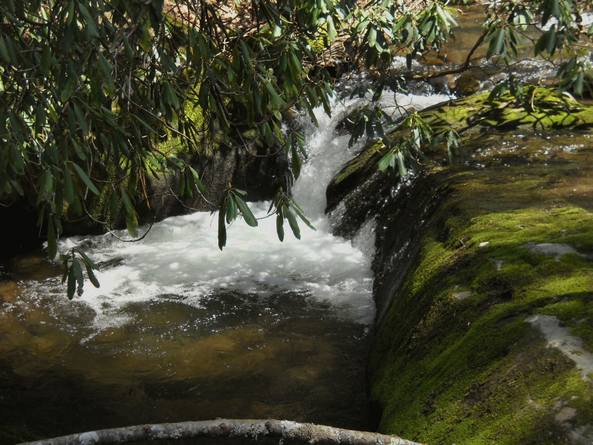 In from the cove, Anthony Creek does not disappoint. 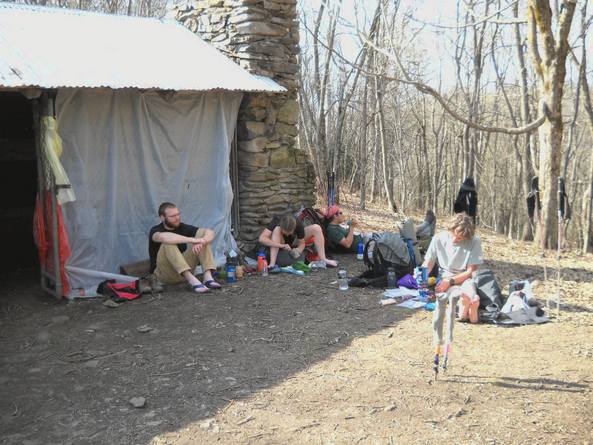 Through hikers dominate the Russell Shelter landscape this season of the AT. 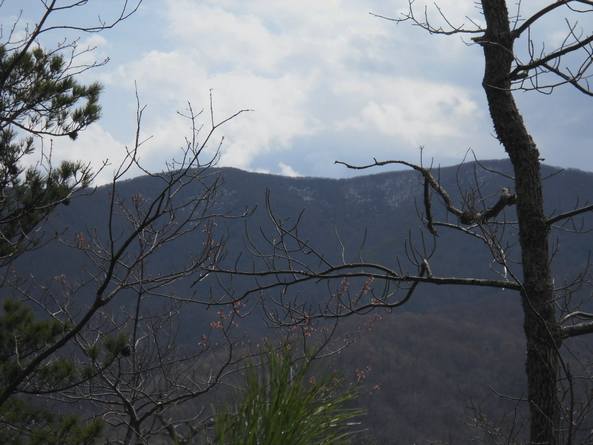 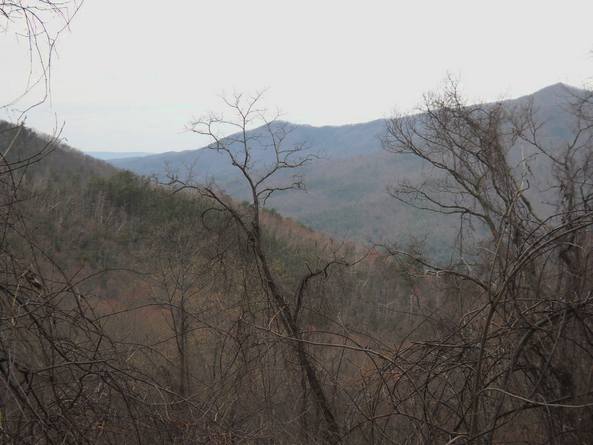 Back towards the cove from Anthony Creek. 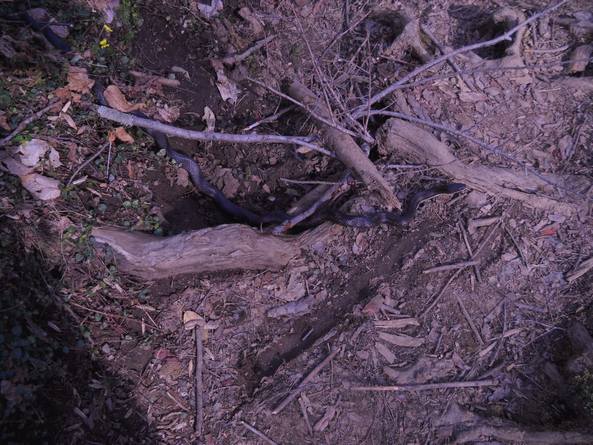 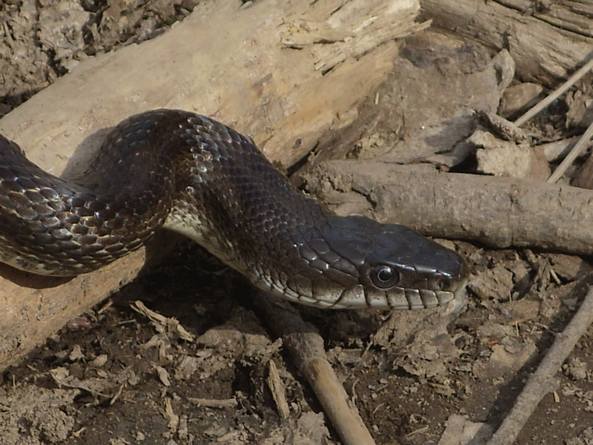 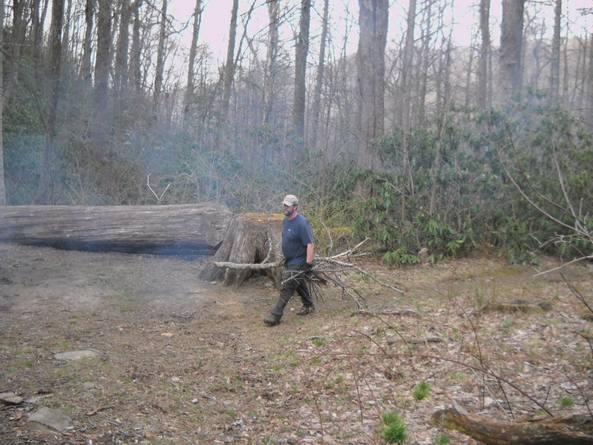 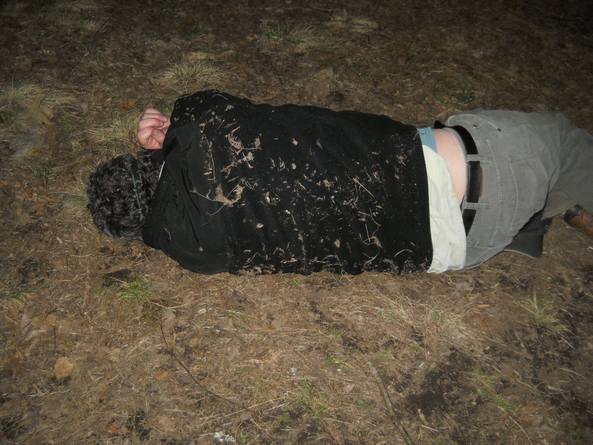 Grady is rolling with laughter at this. 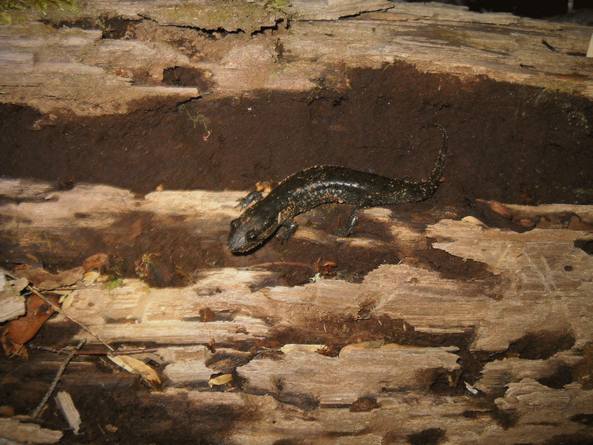 Apparently he thought that this lizard told him he could save thousands per year on auto insurance. 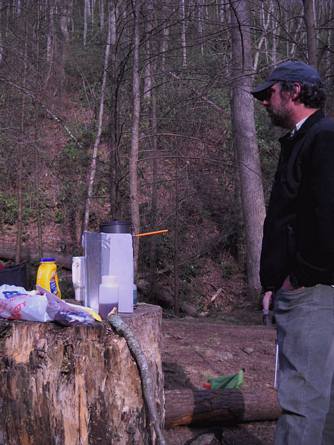 "I want to make some pancakes for that little lizard dude"  says Grady.  Again, we convince him that there is no insurance peddling reptile to placate. 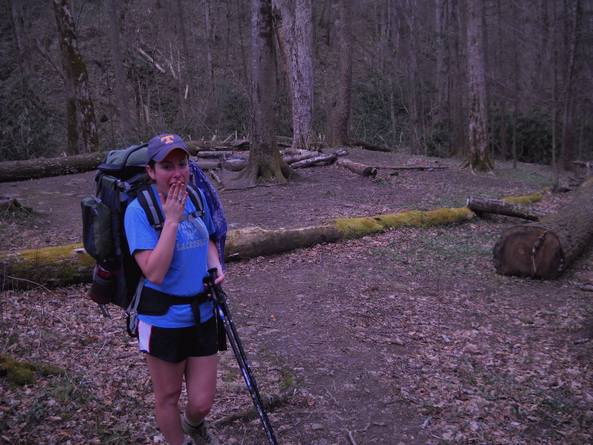 This is the scene of the crime.  What crime?  Let's just say that at some point in time someone left a trace. 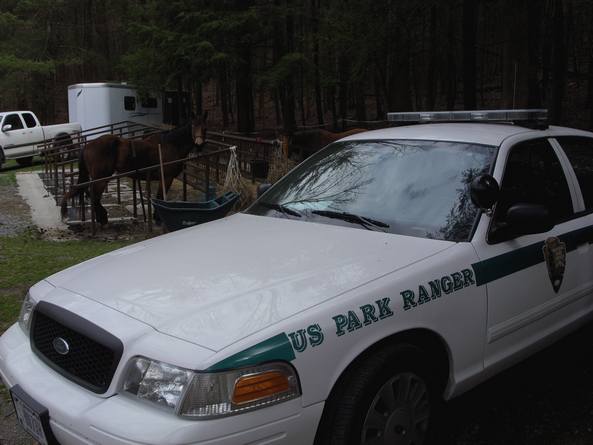 Another sign of the relationship between the park and horse folk. (Kevin shot)

Trail Stats:  Anthony Creek to Russel Field: 5.1 then 3 miles back to camp 10.  Sat: Anthony Creek, Bote Mtn to Lead Cove:  6 miles including the backtrack from camp.