Yes, we went back for two nights, Friday and Saturday.  I finished the long part of that section along with Myers and Rob. Those were needed second lap miles for me and first lap for Rob. 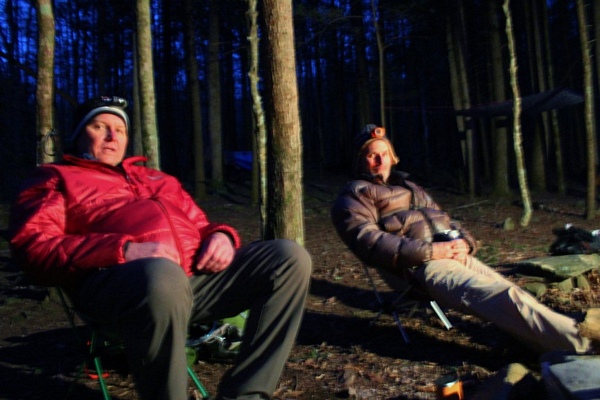 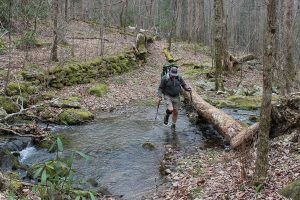 We walked the 11.6 from camp out to Maddron.  Then Laurel and Terry picked us up and shuttled us back around to the manway. 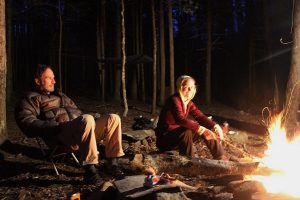 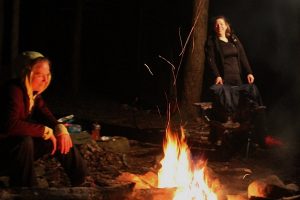 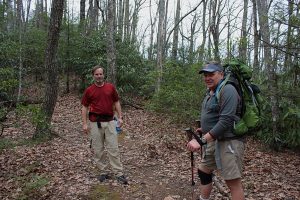 Rob has a new pack. 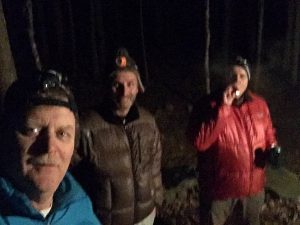 Myers did all these photos.  Then he got a nasty stomach bug, and transferred it to Rob.

Below is a summary of our mtg with Morgan Co.  The SFW is proud to fight fees in the state of TN.

Visitors to Morgan County asked the commission for their support in opposition to a proposed fee at Frozen Head State Park, and they got it.

During Monday’s County Commission meeting several residents from nearby counties spoke out about a $10 per person proposed backpacking fee at Frozen Head State Park.

“If they want to charge for back-packing I won’t come back; I wouldn’t pay it on principal,” said John Quillen, an avid hiker and frequent Morgan County visitor.

Quillen and others opposed to the fee see it as an unjustified charge since state parks are public land and funded through tax dollars.

“The whole idea of double taxation and the amount of money that would be spent to enforce all of these fees, makes me think that it would be advantageous to put your resources toward something that would encourage people to visit rather than deter them,” added another Morgan County hiker, Scott Noethen, of Knoxville.

Noethen said if the fee were implemented he would bypass any Frozen Head trips and use Big South Fork instead. Quillen added that when he comes to hike he often spends money locally on food, gas and other supplies, which would be money lost to the county.

The Commission heard their visitors’ concerns and took action. The Commission agreed to write a resolution stating its official opposition to the fee and vote on it next month. The Commission then decided to vote to let their opposition of the fee be known prior to the next meeting, as to accelerate any impact the local government body may have in stopping the fee.

“I think the fee is going to hurt Morgan County,” said Morgan County Commissioner Jerry Zorsch, who heads the tourism committee. “It will be another thing to make the park difficult to access, especially for young people. I think it’s going to hurt us overall.”

Morgan County Commissioner David Hennessee, who is involved in many local nature-preservation groups, agrees the fee is a bad idea for Morgan County.

The response from the Commission encouraged visitors, who said they would no longer travel to Frozen Head if the fee takes hold.

“I’m thrilled that the commission was on board,” said Loral Dunn of Knoxville. “They seem to have the same stand that we are getting taxed twice. It’s our land. As taxpayers, it is public land. I was very excited to see the enthusiasm they had against the fee.”

Quillin, who said he has been fighting fees in parks for years, said he’s not sure what impact the commission can have, but hopes that others will make their opposition to the fee known by contacting their local representatives.

“This very much impacts Morgan County economically,” Quillin said. “I think the state would be remised not to incorporate comments from the local political body. The only people who support this fee are the bureaucrats who will get paid as a result of it.”

Morgan County Executive Don Edwards said he agreed with the commission and opposes the fee, as he believes it will negatively impact visitation to the park.

A representative from the park did not return a Tuesday morning call for comment about the fee prior to the Tuesday afternoon press time.