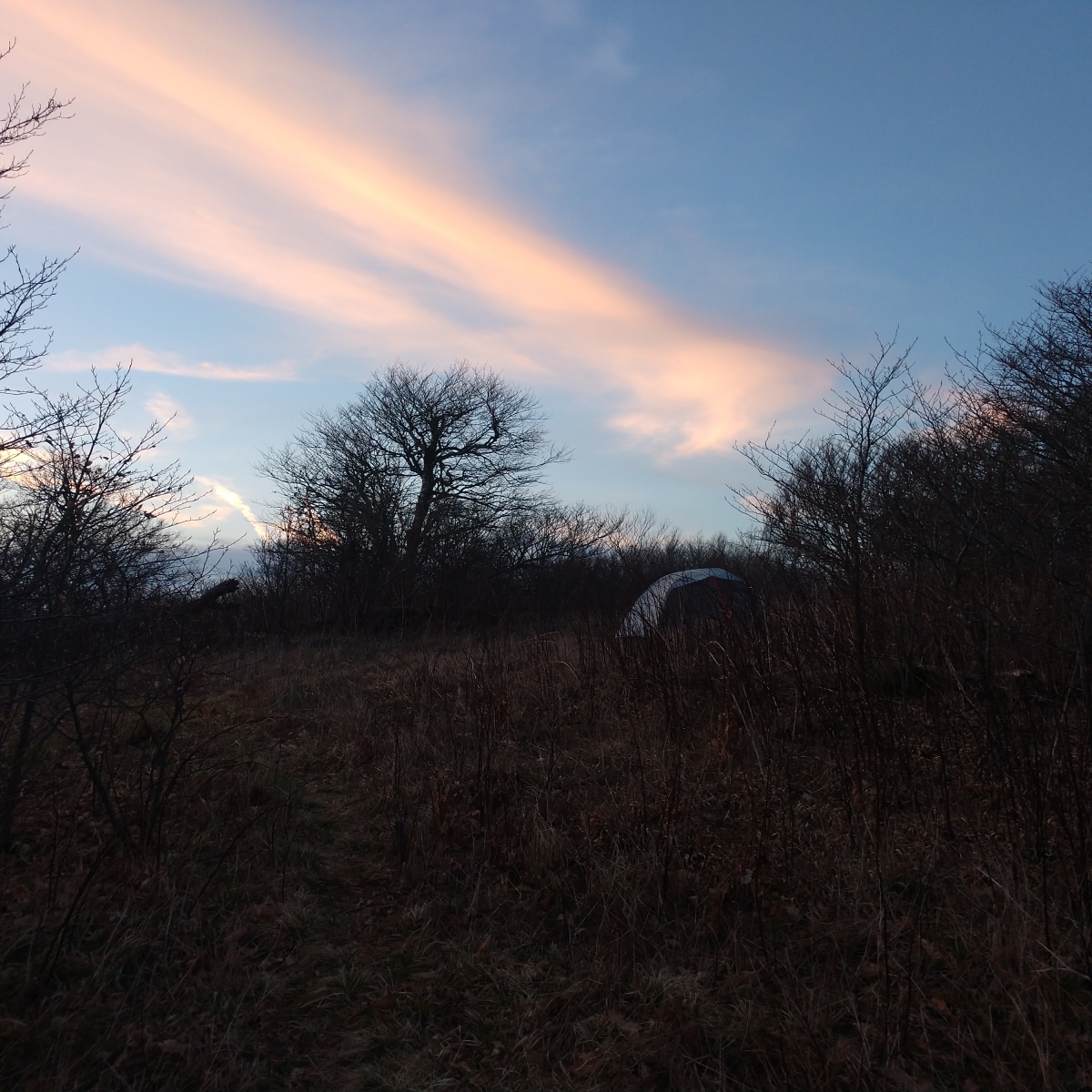 Going by the looks of this photograph, you would think it was a peaceful and solemn evening  atop Bob’s bald in the Nantahala National Forest.

And indeed that is how it began. Strava provides some detail about the ascent from Beech Gap. You may have heard that the Cherohala Skyway was closed from the North Carolina side. The barrier began right at the trailhead for Beech Gap. Last weekend we enjoyed our final overnight trip into the Smokies. I knew they were going to close this resource, and am very grateful to have gotten a trip in on the final weekend. It is just a matter of time before they close off all parks and public lands during this time of pandemic.Just check out what has been closed as of today in National Forest lands.  https://www.blueridgeoutdoors.com/covid-19-updates/appalachian-trail-trailheads-closed-in-wnc/ I believe that being outside is critical for our mental health, especially when we face such social isolation measures as the world now embraces. 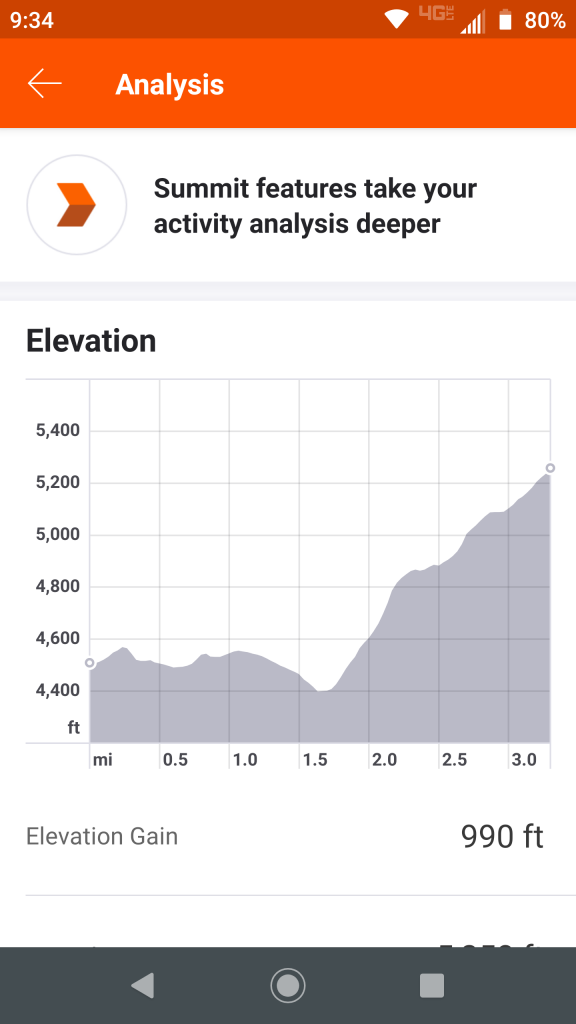 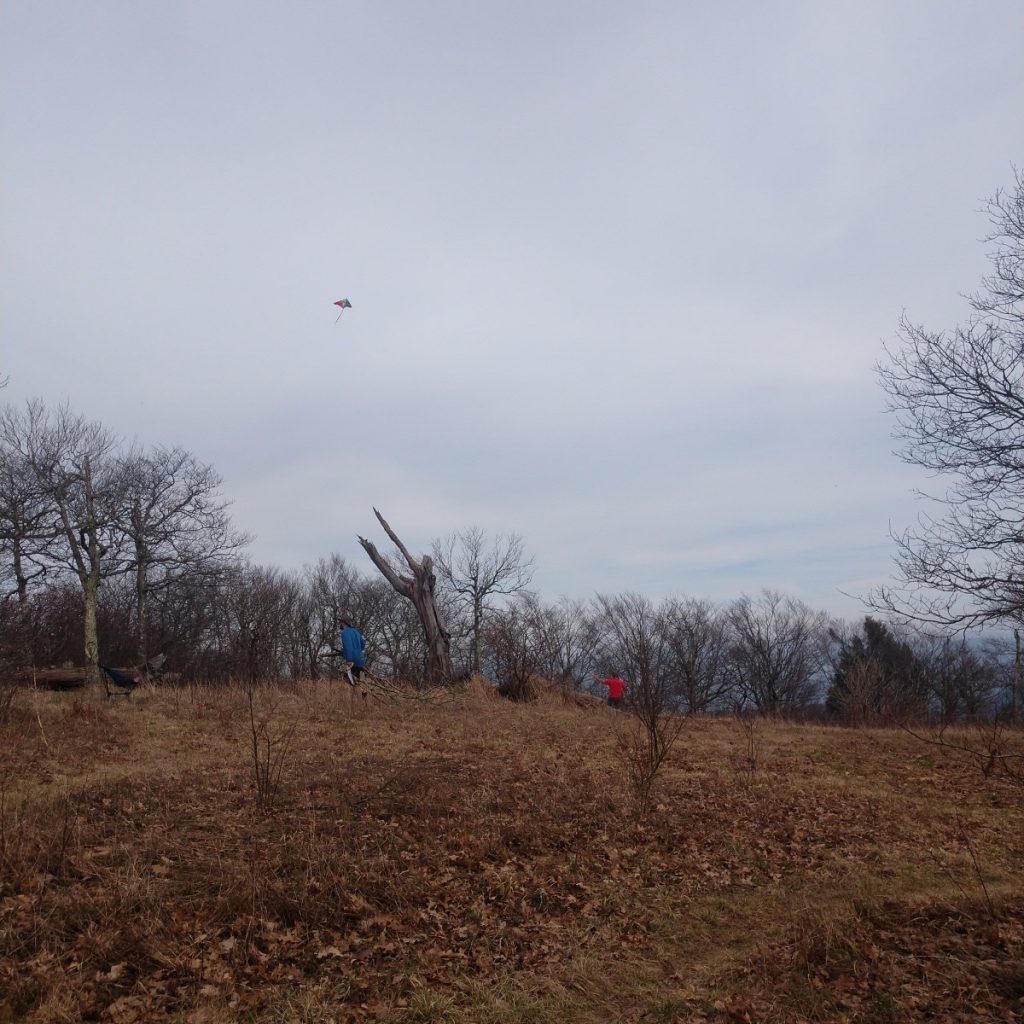 this is Richard casually launching his kite in winds that in no way resembled what they turned out to be later. 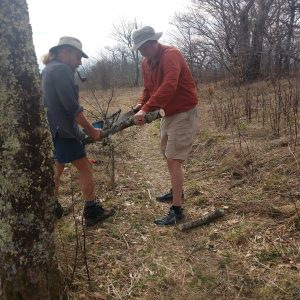 We were joined by a wildcat, AKA Bert Emerson and Brian. 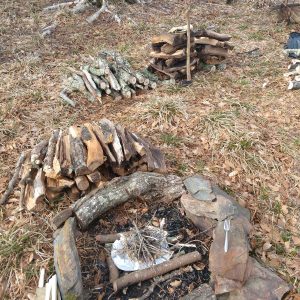 The stage was set for a wonderful Blazer top Bob’s bald. 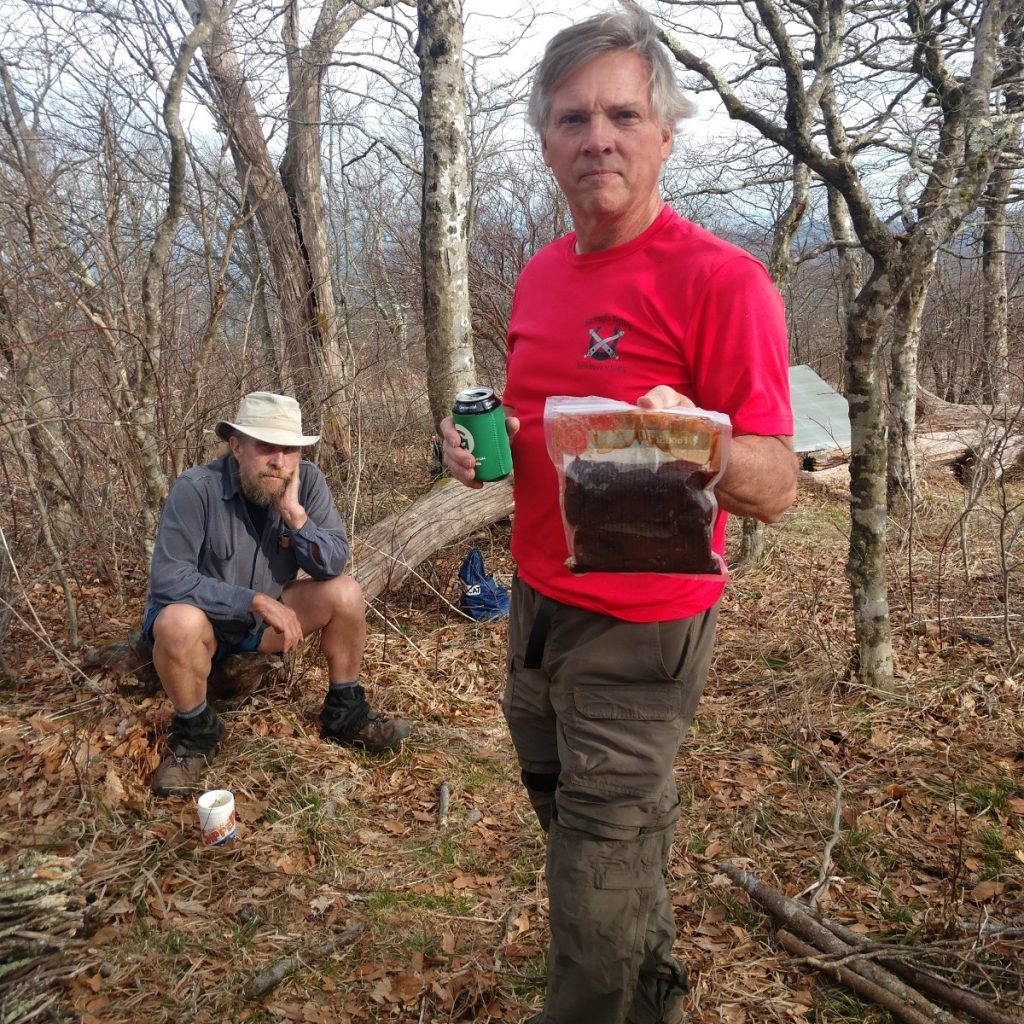 Richard took care of dinner in the form of venison backstraps carefully marinated over the roaring fire. It was delicious. 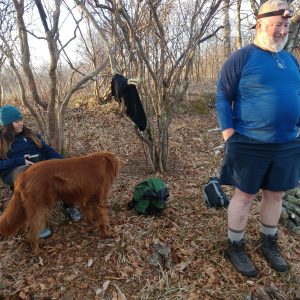 There weren’t many other folks up there but the ones that were gravitated towards our little congregation. We enjoyed their company. 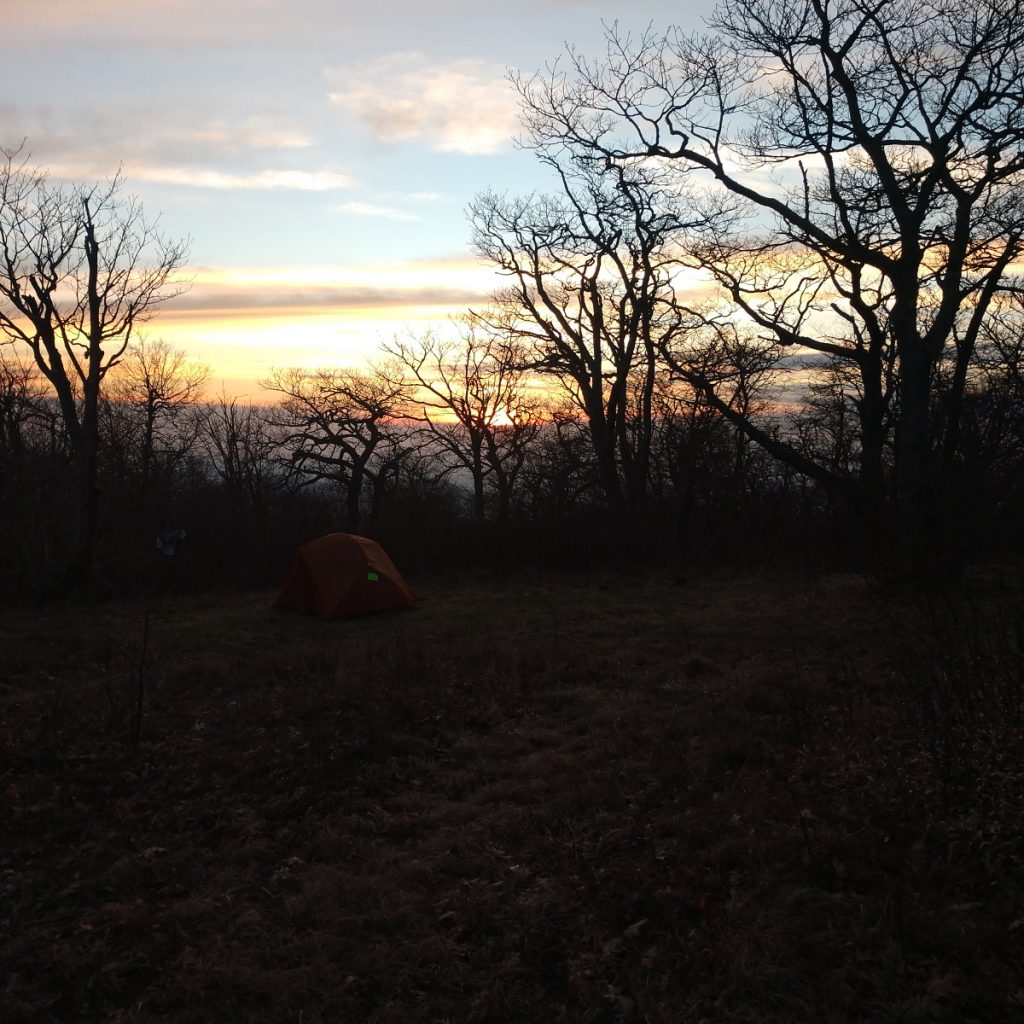 The setting sun gave little indication of what was to come. 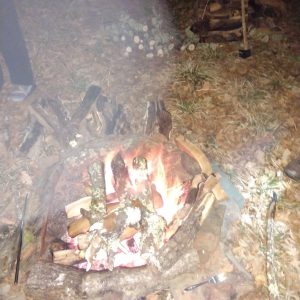 Fueled by an ever-increasing wind, was midnight before I ambled back over to where I had left my tent. Much to my chagrin it was not there. it had blown down off the side of the hill and was wrapped around a tree. All of my stuff was intact and I was able to move it with the help of one of our neighbors, Luke. The rain was gearing up  and an army of thunder was climbing the hill.

The cacophony increased and by 3 a.m. my tent walls were closing in on me. The same was true of us all up there. Bert was camping out beneath a tarp. The rain was blowing in sideways beneath the vestibule of my tent. I was reminded of December on Aconcagua.

And that is when the lightning began. I was more concerned about lightning hitting the ground near me and radiating up through my sleeping pad. It was a battle between my tent poles and water in a storm all night.

Despite the fearsome gale, we all survived. But I was ready to beat a hasty retreat off the mountain. 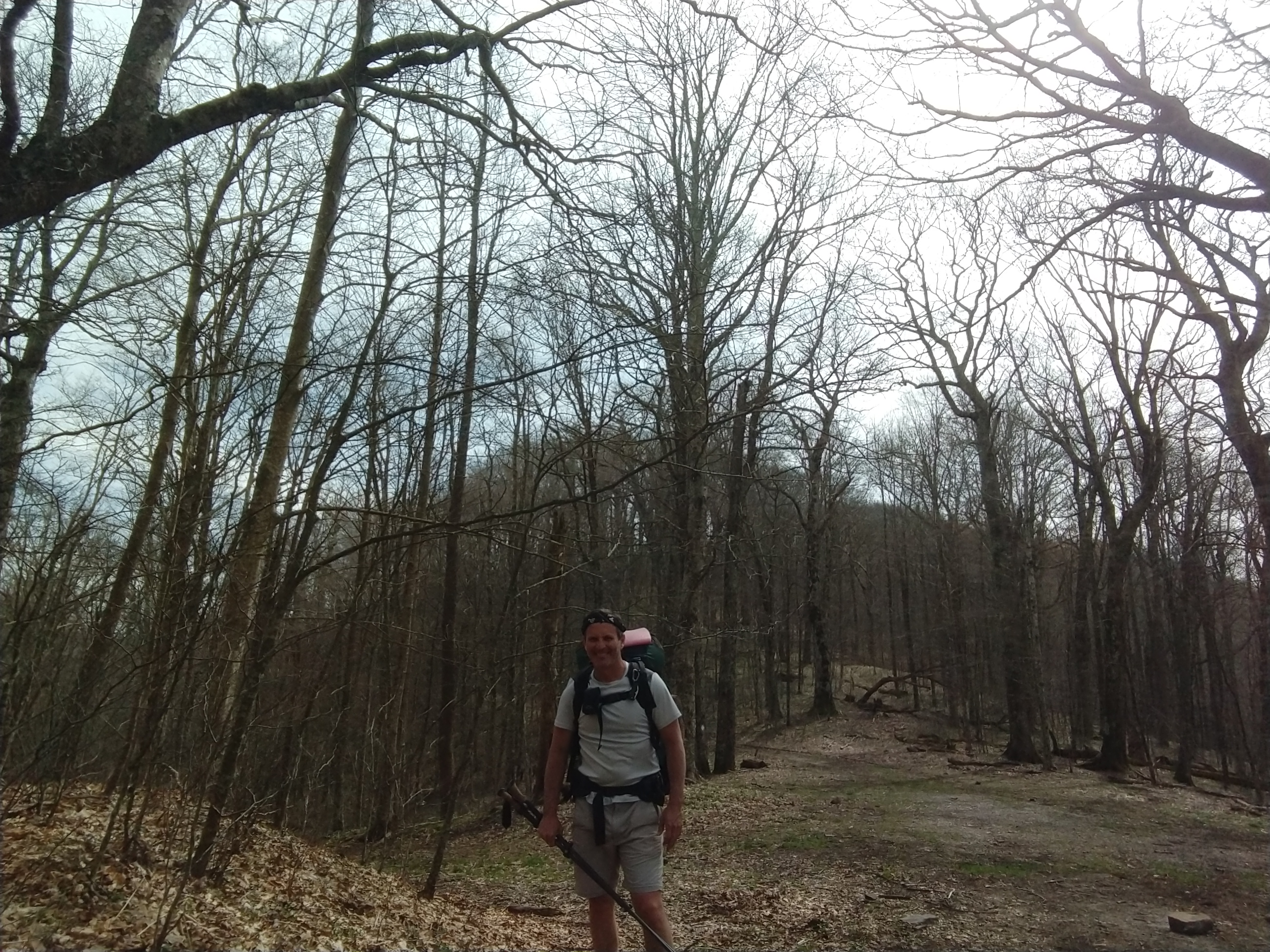 Brian and I departed as Richard was preparing another gourmet breakfast. Coffee, for me, would have to wait until Tellico Plains.

I telephoned a couple of friends on my way back home who related the severity of the storm in East Tennessee. Power was still out in several areas. I have been in some bad storms before. One of the worst, as mentioned above, was on Aconcagua in January. We  just descended from the summit at at 9 p.m. a huge wind storm blew up. It threatened to blow our tents off the side of America’s highest peak. We evacuated that saying the next morning. Much as I did off of Bob’s bald Sunday morning. Here is a video of that event, I tried to edit the unfortunate word choice, sorry.

As my friend Bunyan of the Muir Faction mused, John Muir would have been up in a tree. Ask for me in this situation my tent assumed that role.

Now let’s end with some guitar jams. We need music during these dark times and this assemblage rocks down the house with their level of talent. Enjoy, stay safe and healthy everyone.     John