After missing it last week we nailed it this time.

The lightning bugs were there in full spect glory and we were able to bask fully in it. 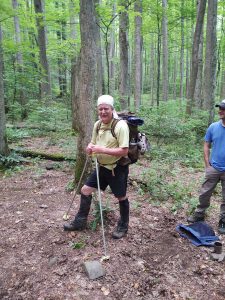 Jesse The body even made an appearance.

We had a super large turnout and we’re joined by Heather this time. Many of the same folks that were with us last week returned for the splendor of this incredible event.

That includes Brian mfn Tankersley. We had two birthdays AJ and Curt. Andrew drove back up from Chattanooga, Mark Jones, Micah who received a new trail name as well. That name is Hurl. We were also joined by Suzanne, who had little choice but to loan her camp for our presence.

All the pictures I’m going to share with you are either from Seth or Myers.

Obviously Seth is responsible for these. He spent the entire evening orchestrating this artwork.

The lightning bugs put on a show for us all. It was Heather’s first backpacking trip and she nailed the landing.