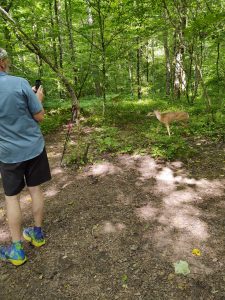 Frank enjoys our morning visitor at the undisclosed location campsite.

So many times I have heard about the existence of the synchronized lightning bugs at this spot. So we decided to explore this mythology and confirm or break it. 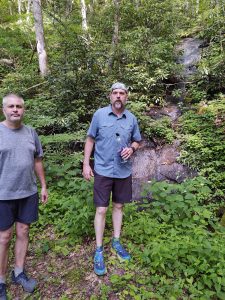 Frank spearheaded this effort, we had not been on the trail together in some time. Brian MFN Tankersly also was in tow. 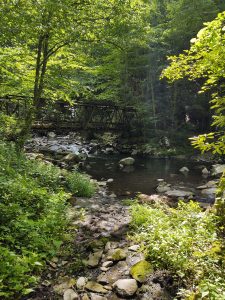 In order to see the lightning bugs you must be by a creek. And the temperature has to be correct. This particular evening we were almost alone in this Backcountry campsite save for two folks. We  set up our tents, including my sad sack. 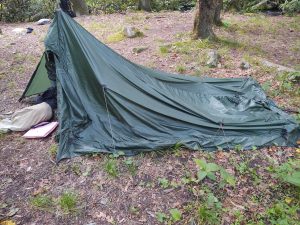 You may recall this tent from years ago. I’ve hauled it on many a multi-day excursion. It’s very light and uses my trekking poles. But I would be better off sleeping out in the open. The design flaw is the distance spanned between the tent poles. This causes sad sacking.

Anyway, the two people who were already in camp informed us that a bear had come to visit them prior to our arrival. We did not see him, however. 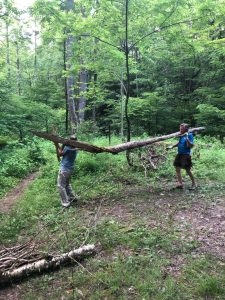 I’m  jumping to our second night because I have no photos of the lightning bugs. I lack the photographic ability to capture them like Seth did so successfully last week. But they were fantastic, magnificent and continuous. And it was just us and our two neighbors.

The next morning we proceeded to our second campsite where we were joined by Seth and surprise visitors Richard and Linda. Linda entered camp with a practical joke. She appeared solo and asked who is Brian? Brian perked up and acknowledged that he was indeed the one. Linda then proceeded to say that the backcountry office  told her she could share a tent with him since the permits were limited. Brian’s response was that he is in a hammock and that he is married. His wife would be proud. Linda is a good actress. 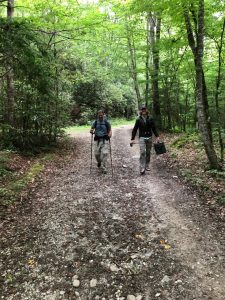 Seth was able to do some fishing on his way into camp. 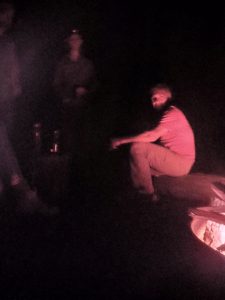 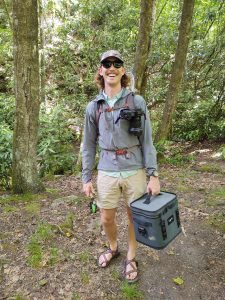 And talk about perfect weather.

We got in about 16 miles of hiking this weekend. We’re not disclosing the location because I don’t want to popularize this new secret spot.

Stay tuned because I’m getting ready to embark upon a big adventure on Thursday. I will be posting a lot of stuff on Instagram.