Frank has been trying to get Myers out for over a year. Last weekend was a rattlesnake epic with my brother, Todd. I will tell you about that at the end of this post. 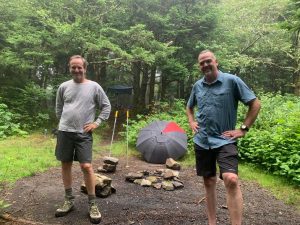 This time, he succeeded. We were joined by Nick, Houston, Curt who came up from Pretty Hollow Gap and Richard. 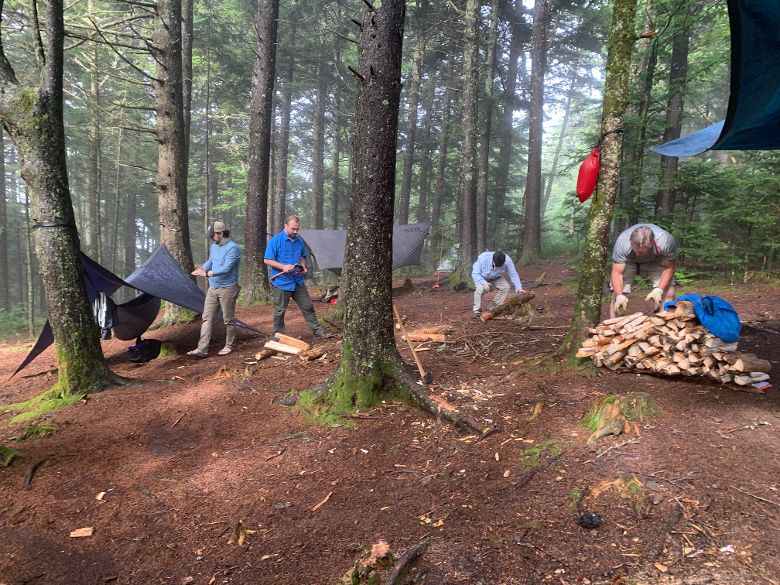 There is no shortage of shared camp duties when Nick and Richard are in tow. 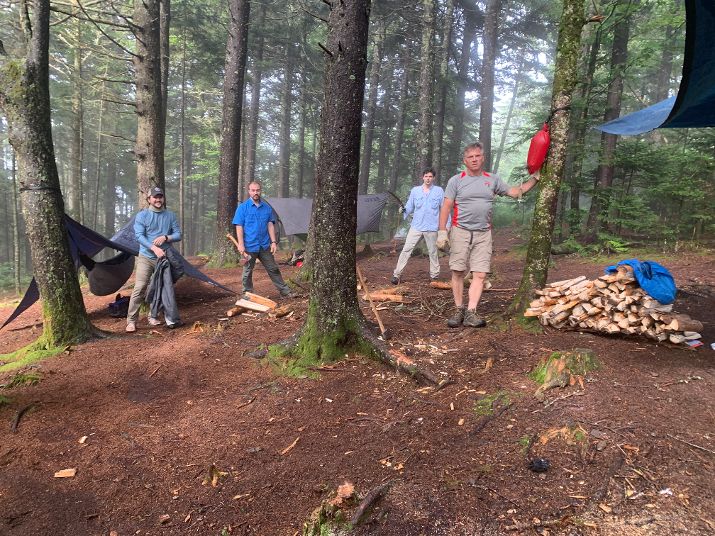 These are Myer’s photos. 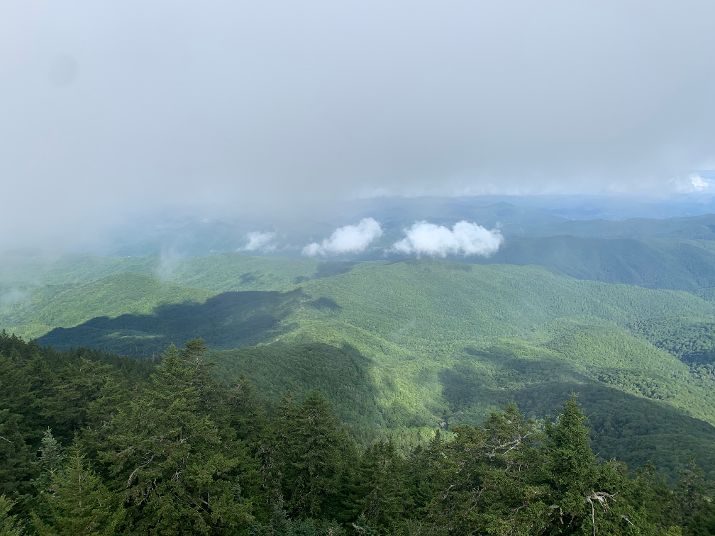 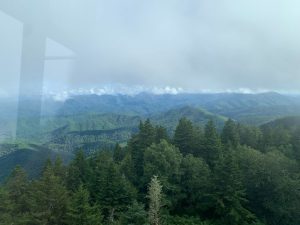 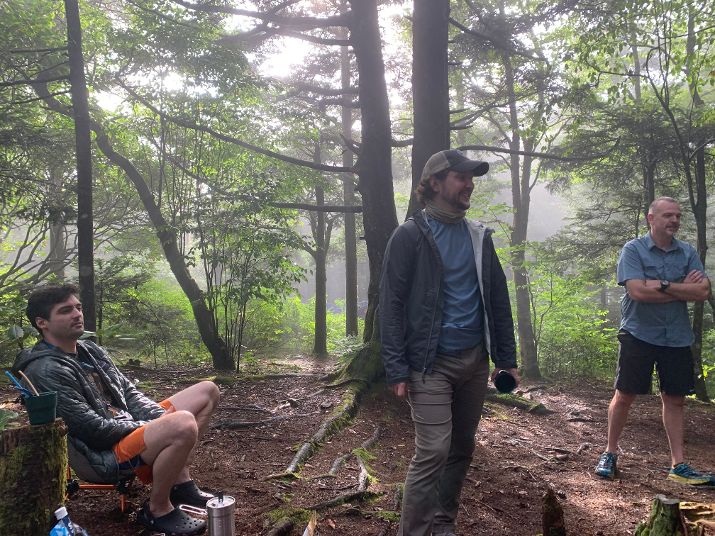 Houston’s friend, Mark replaced our friend Mark, who lost his battle with fear and the rain.

This is probably where I am telling the story about how my rear end was hanging out of my down suit. 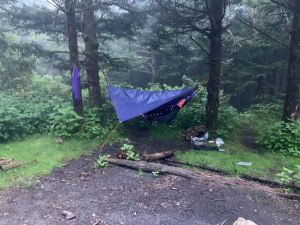 This is Myers abode. It has lights so he can find it in the dark. But sometimes, that doesn’t matter. They won’t keep you from flipping out of it in the middle of the night and dislocating your shoulder. 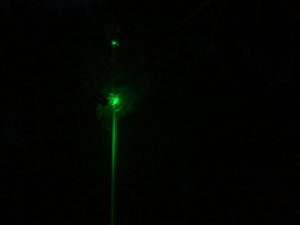 That’s why we had a laser. And Richard took it atop the tower for some evening fun. 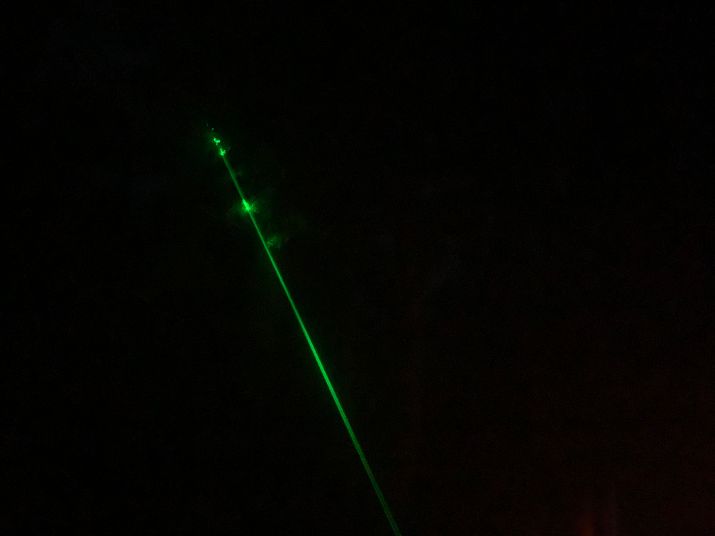 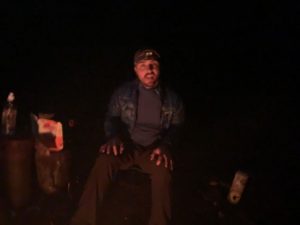 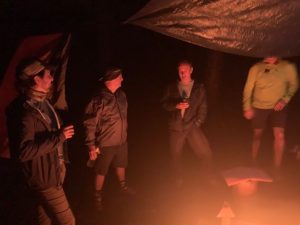 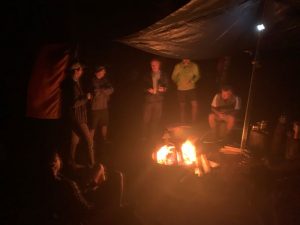 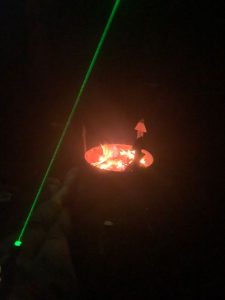 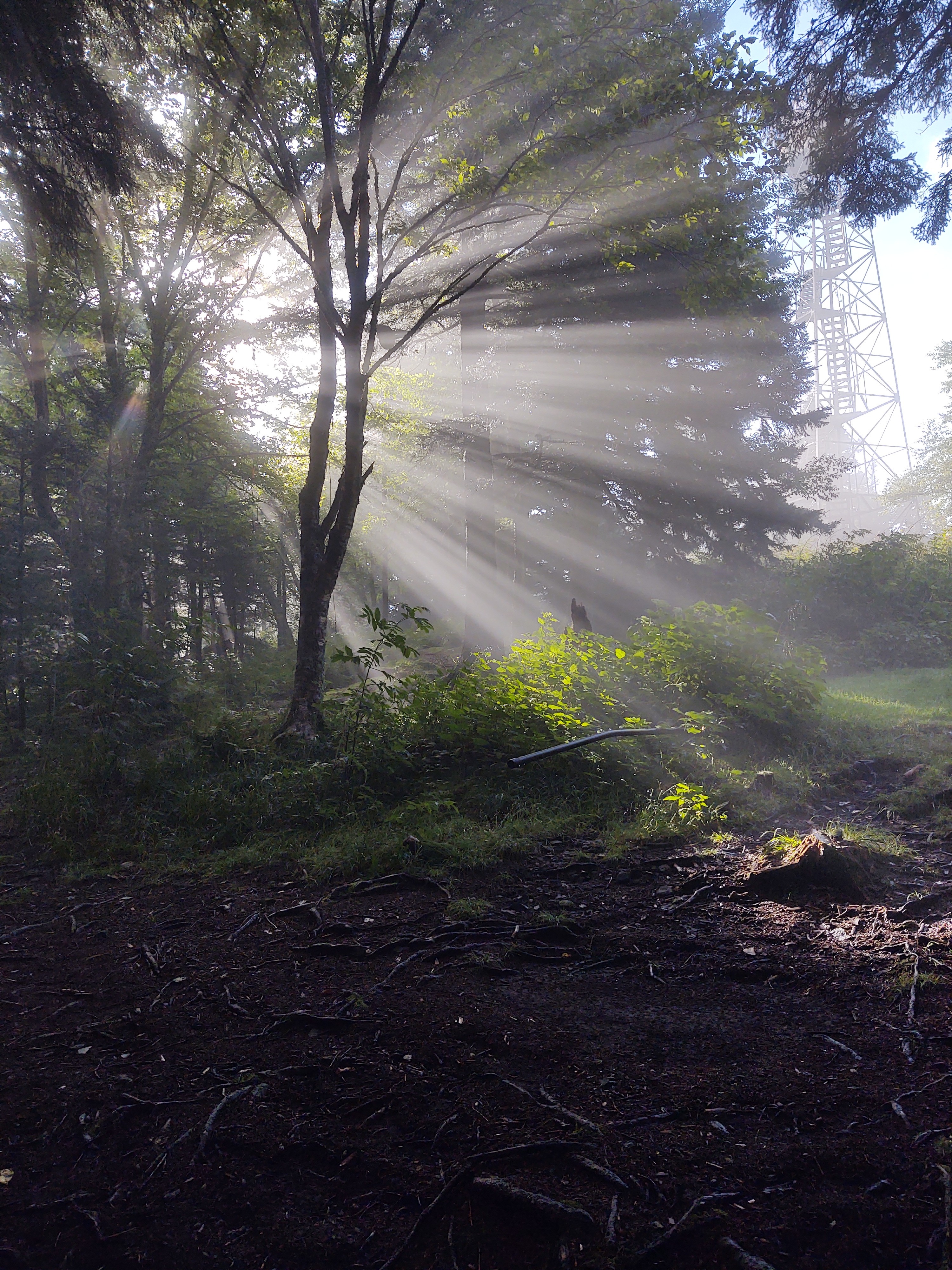 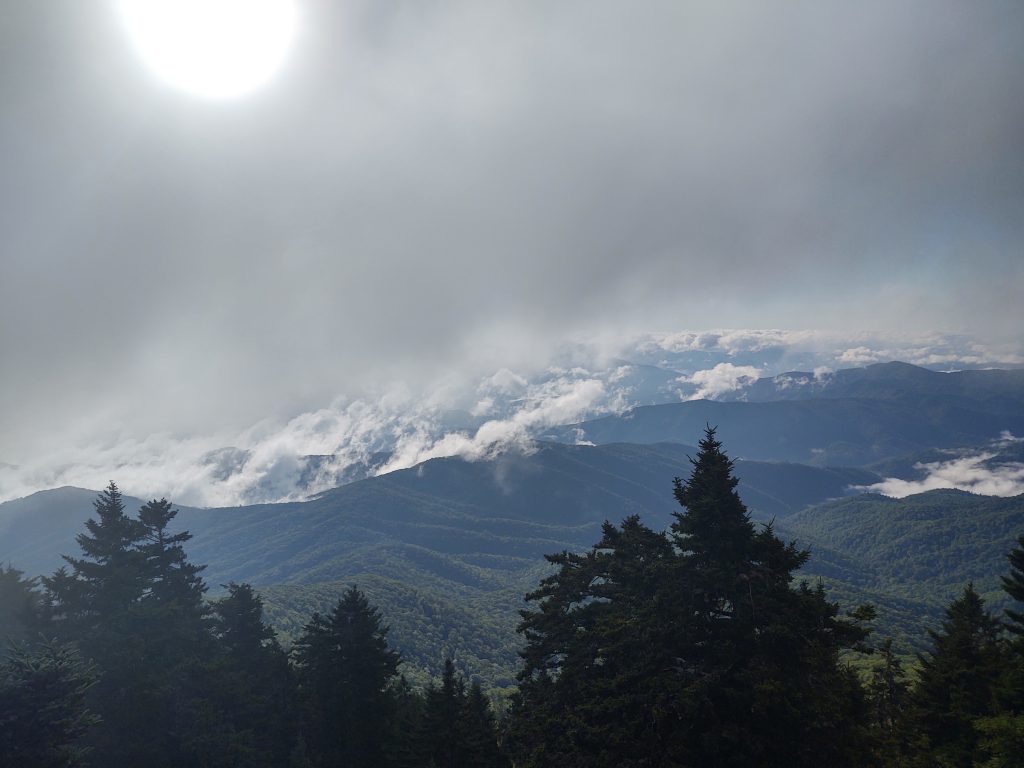 These last two pictures are mine. 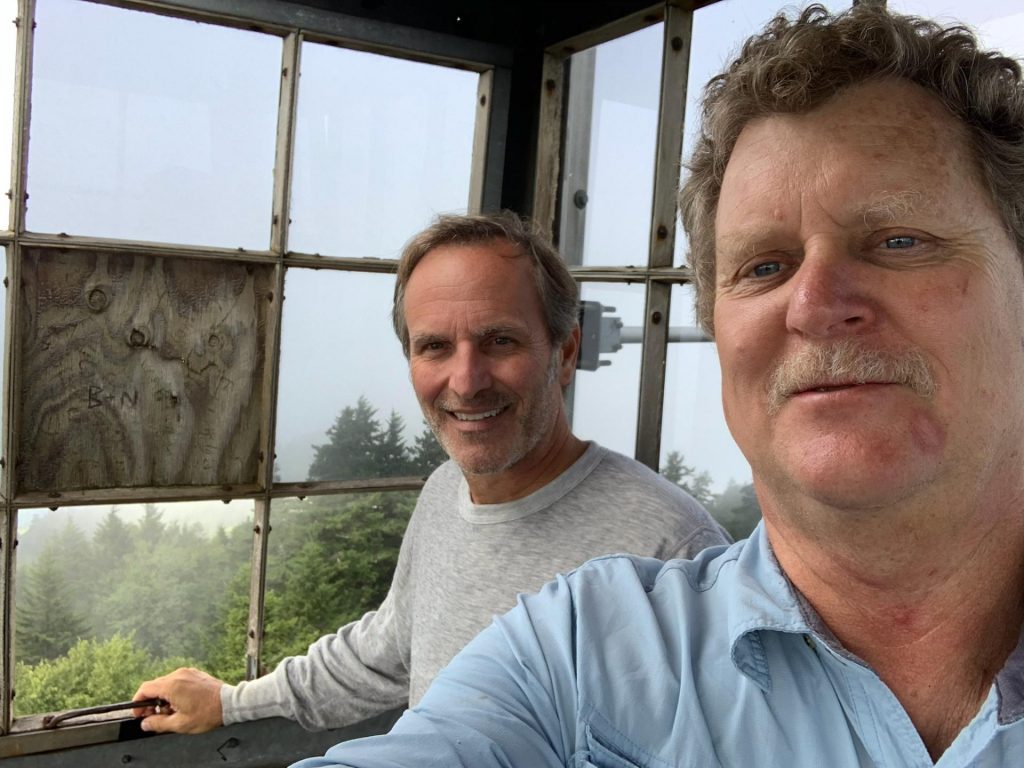 The weather was favorable to us.  a grand time we had on the highest campsite in the great Smoky mountains national Park. 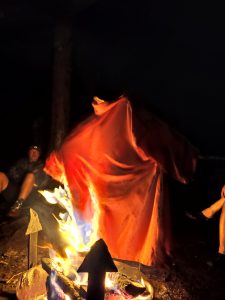 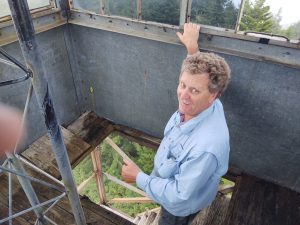 Thanks Myers for your photographic contributions.

Black MTN.  Aug 8-9  (below my brother, Todd, looks on as Heather and Micah discuss the beauty of this place) 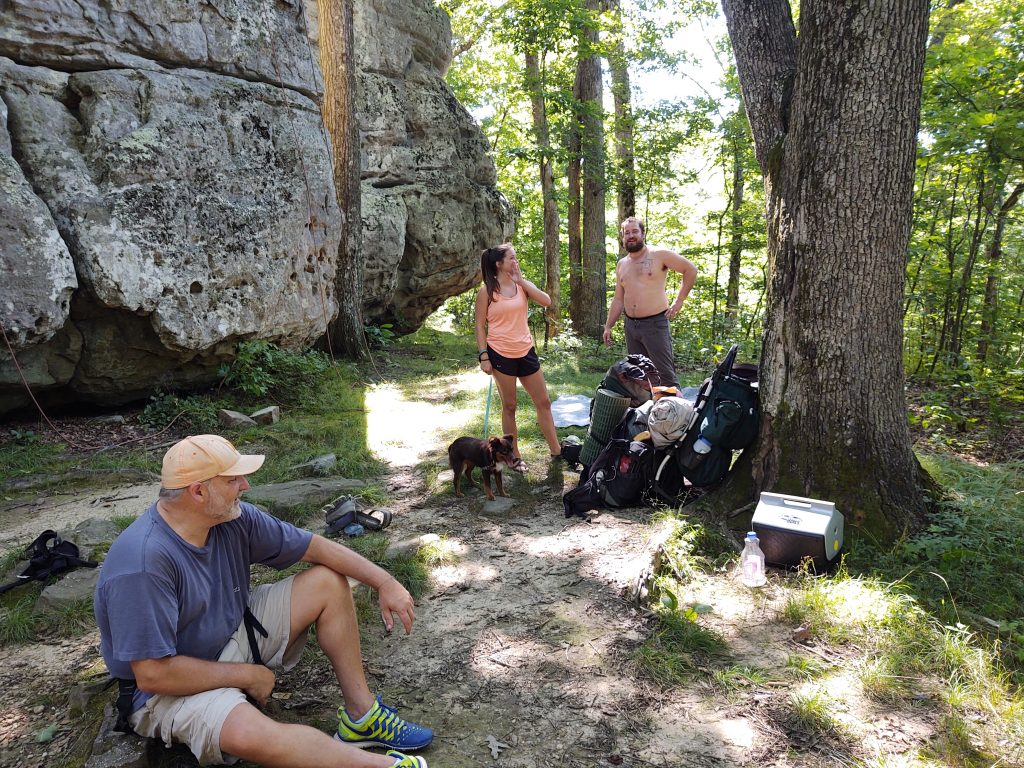 The weekend before was a rattlesnake epic. I was accompanied by my brother and his friend from Los Angeles, David Park. As we backpacked in past this gorgeous sandstone which is quickly becoming my favorite, we established camp along the Cumberland Trail. A water run was in order, so we set off back down the loop toward the Springhouse. Todd and David turned around halfway when we realized it was getting dark and they could work on firewood while I collected water. As I approached the springhouse, the familiar voices of Seth and Heather Dortch approached and we all filled our satchels to the brim with gurgling goodness from the top of the mountain. Sloshing back toward the trail and camp, I was greeted with hollering from my brother and David. They had been stopped by one of the biggest timber rattlers I have ever seen. They almost stepped on him. This yellow feller had thirteen rattles and the picture does not do him justice. 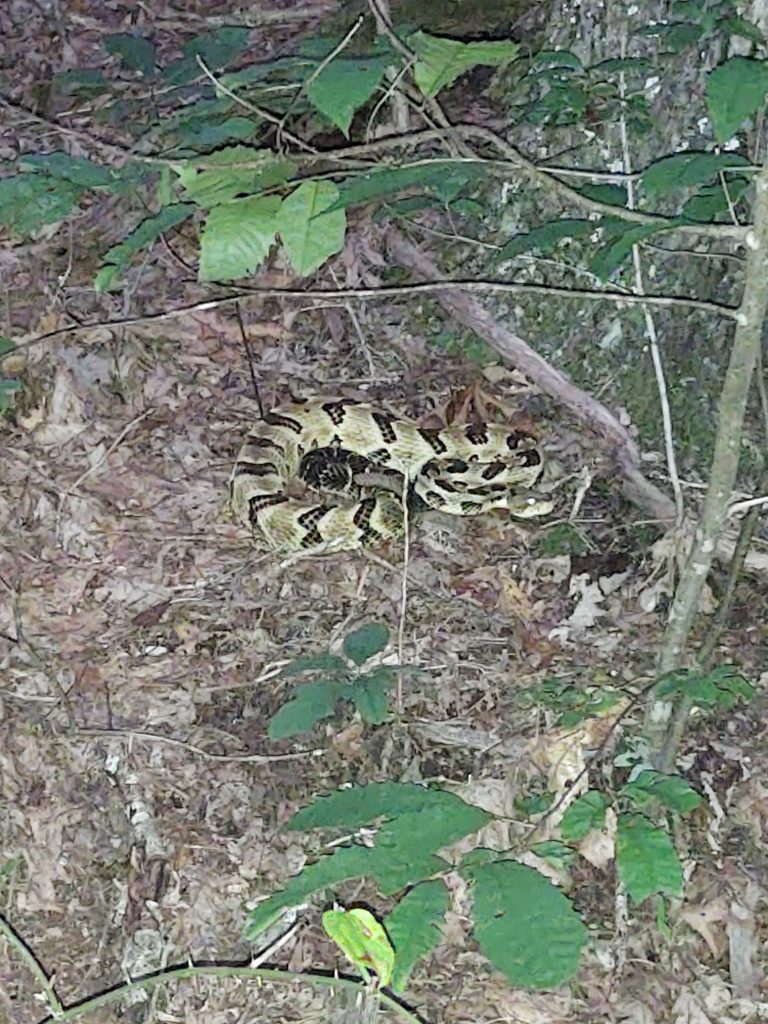 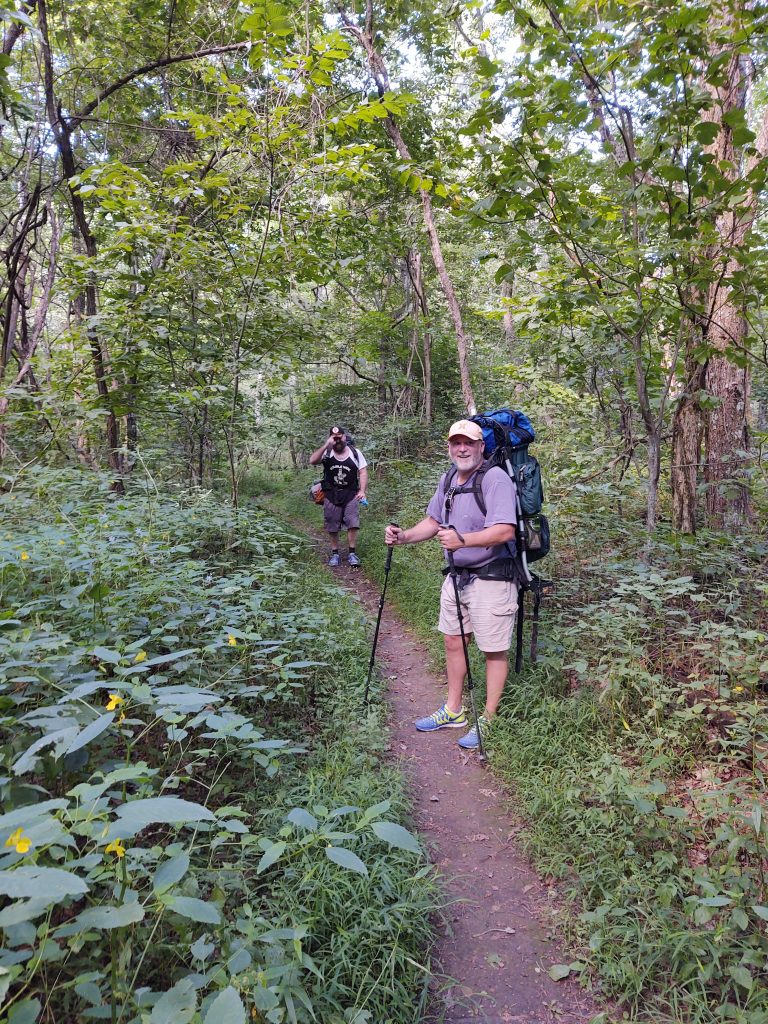 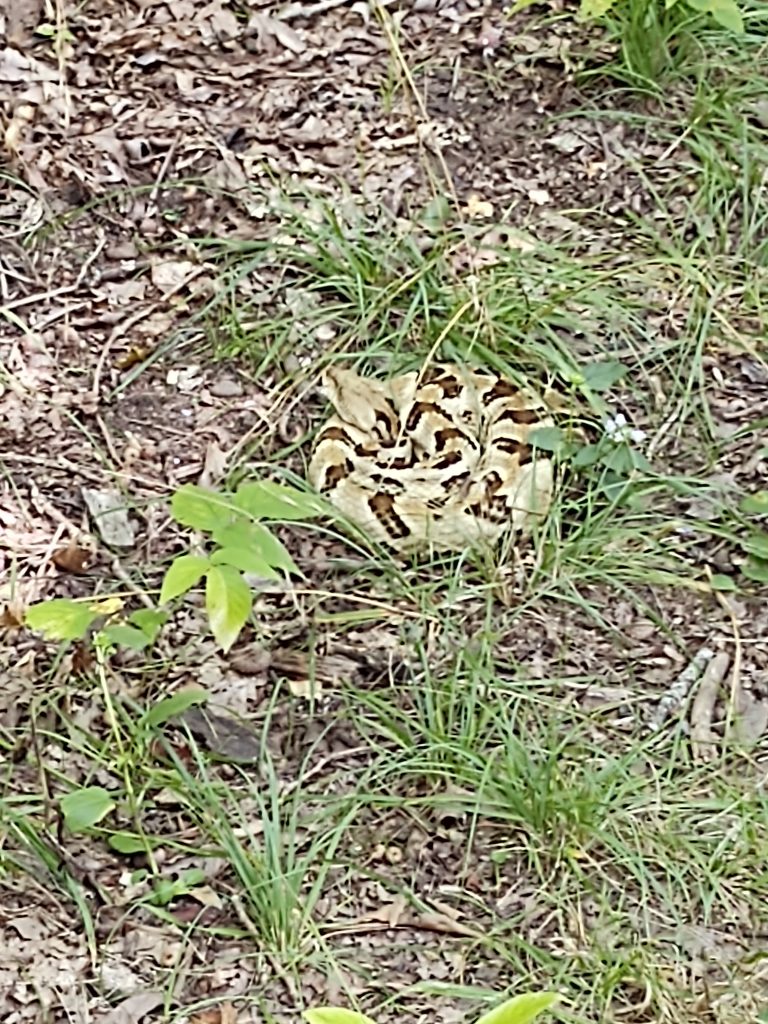 This is the second rattlesnake we encountered the following day. It was smaller than the first. The markings are nearly identical. There must be a den somewhere near the springhouse. 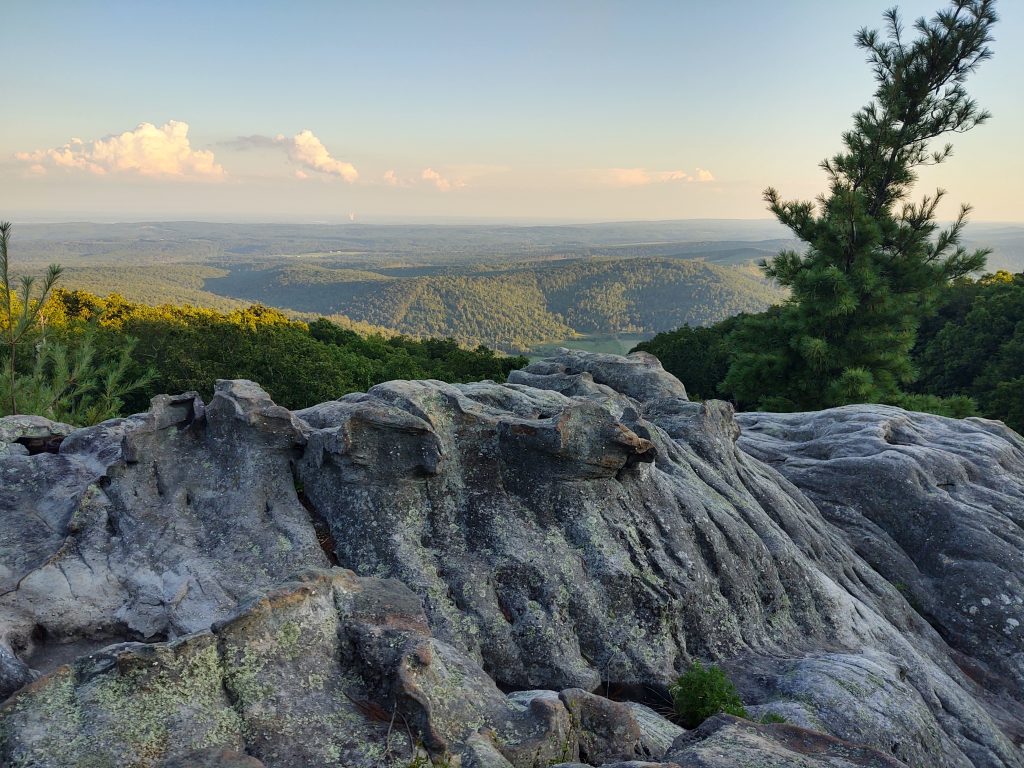 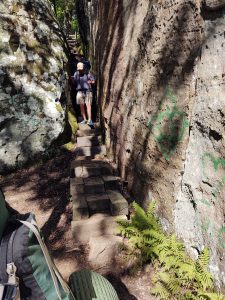 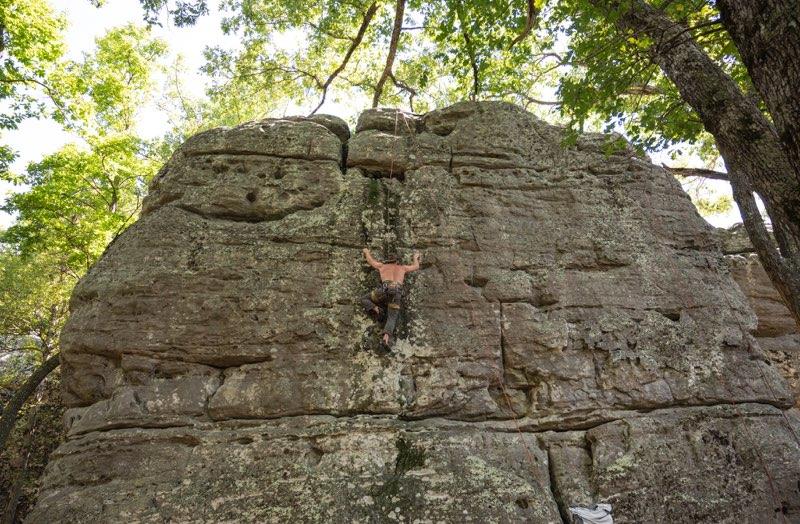 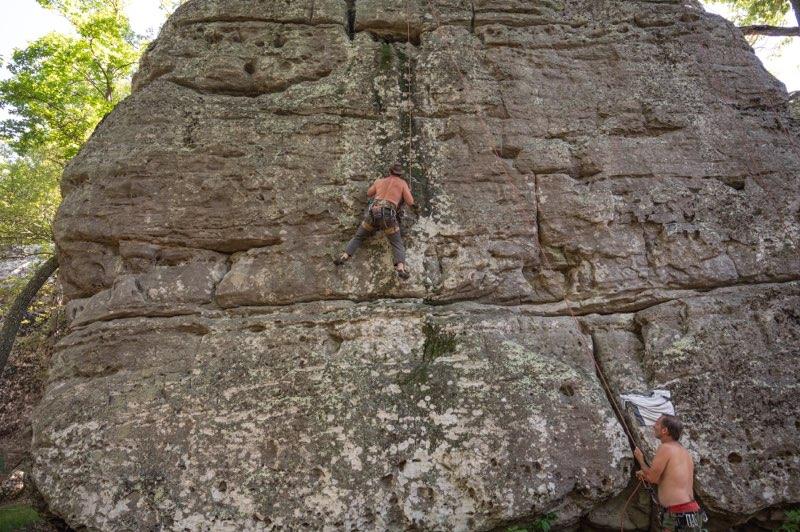 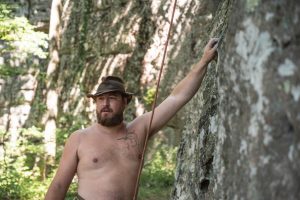 These climbing shots are the product of Seth Dortch photography.

Back to back backpacking weekends. This has been a great summer.