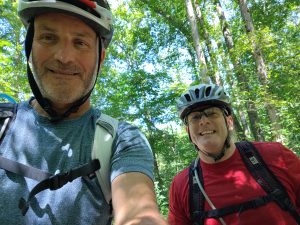 And most everyone who knows me knows why. But for those of you who don’t, here is a brief explanation. It was Brian who was with me on that ill-fated trip to Broad Peak Pakistan in 2013. Just about anything that could go wrong did go wrong on that expedition,. not the least of which was Brian taking a hundred foot spill at 20000 feet. The result was his leg shattered. The rest of the story would take too long for me to tell you right now. Which is why I put it in book form and you may purchase a copy at this link. https://www.amazon.com/Tempting-Throne-Room-Surviving-Pakistans/dp/1494845849 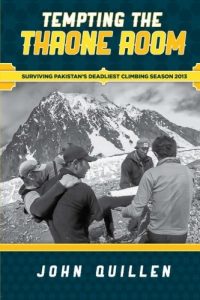 Brian and I have traveled the world chasing mountains. Sadly, Broad Peak was Brian’s last mountain. The results of his injury have relegated him to road biking and low-impact activities.  But that doesn’t mean he isn’t still hard-charging. For instance last week he rode 300 miles on his bike in 2 days. Brian lives in Griffin Georgia. along with his beautiful wife Ashley and their wonderful daughter Jhola. Jhola is named after the second campsite we stayed in route to Broad Peak / K2.

It has been several years since he and I were able to hang out. And we made up for lost time this beautiful weekend 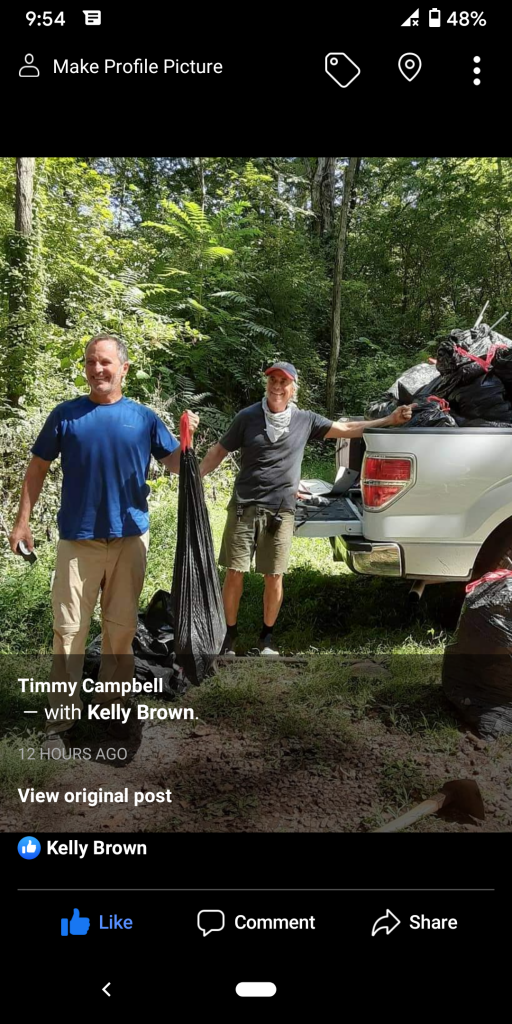 But first there was some business to attend. Kelly Brown organized this River Bluff clean up. it’s a new climbing area we’re trying to develop for the city. (That’s Kelly to my right). we hauled out about 1200 lb of trash early Saturday morning. Mostly beer and liquor detritus. It was a great turnout and I appreciate everyone’s help. That place has been so dirty for so long that it felt really good to give it some breathing room.

When I returned, Brian and I took off on the dirty South loop mountain biking. As Brian would later concede, mountain biking and road biking are very different animals. There’s about 1,700 feet of elevation on that loop. And in the middle you have the opportunity to swim at Meade’s Quarry.

Sunday we got up and headed to Loyston where I introduced him to the flow of that Norris goodness. I suppose we’d done about 28 miles of mountain biking by that time in our weekend. Sustenance was in order and Brian brought up steaks and okra. Living like kings we were on this gorgeous low-humidity weekend. Brian was impressed with Knoxville and it’s burgeoning outdoor scene. As a biker he appreciates the activity at Baker Creek. Waterways, climbing, hiking, our great city really has it all. 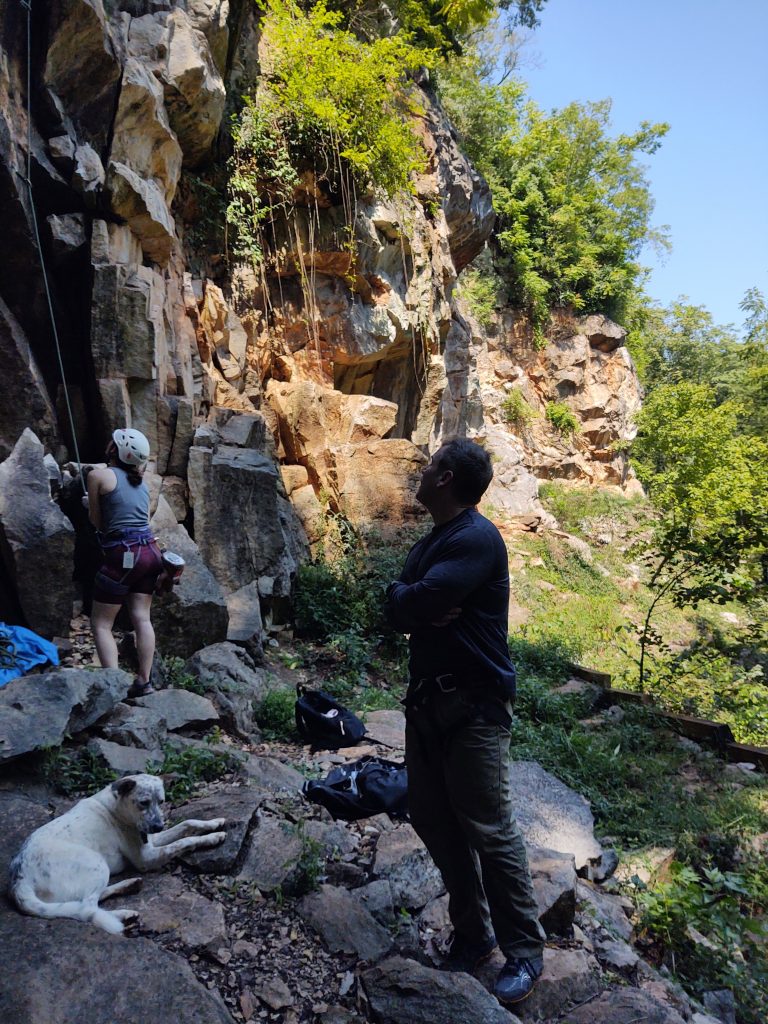 Really was great to have him up this weekend so we could reconnect and share old mountain stories. Brian and I have climbed Elbrus in Russia, multiple peaks in Peru ,Muztagh Ata in China and Broad Peak in Pakistan. We met in Alaska while climbing the most beautiful mountain on earth, Denali. An interesting story there is that Brian summited a day after my team and got stuck on the mountain a full week longer in the storm we were racing out. Even though on different expeditions, we passed each other up that mountain and bonded in the beauty of the Alaska range.  I’m very thankful for his friendship these many years.  I would like to conclude by congratulating some other folks who celebrated a tremendous milestone last week. 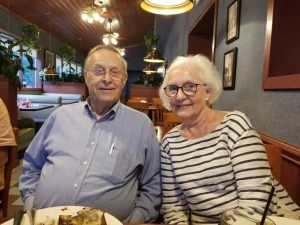 My parents have been together for 57 years. Unbelievable in modern times. I am fortunate to have them in such good health. Last week our family celebrated their time together in Morristown over a meal at the infamous Little Dutch Restaurant.   I wish everyone a happy and prosperous week.  Fall is in the air!