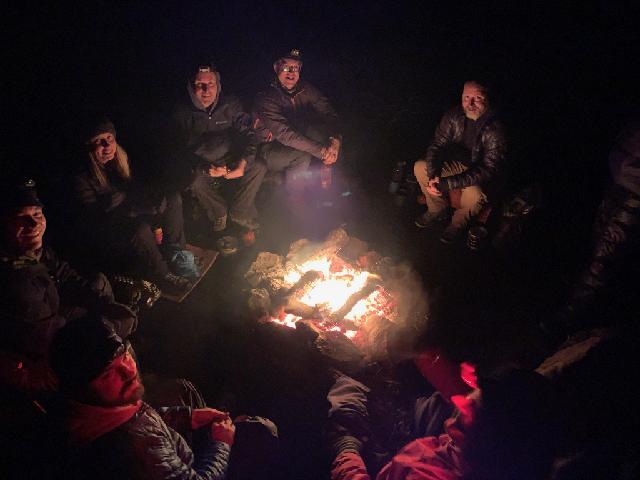 When there’s snow on the ground they will close the park. Which is why we set out to sneak into the old settlers Trail. 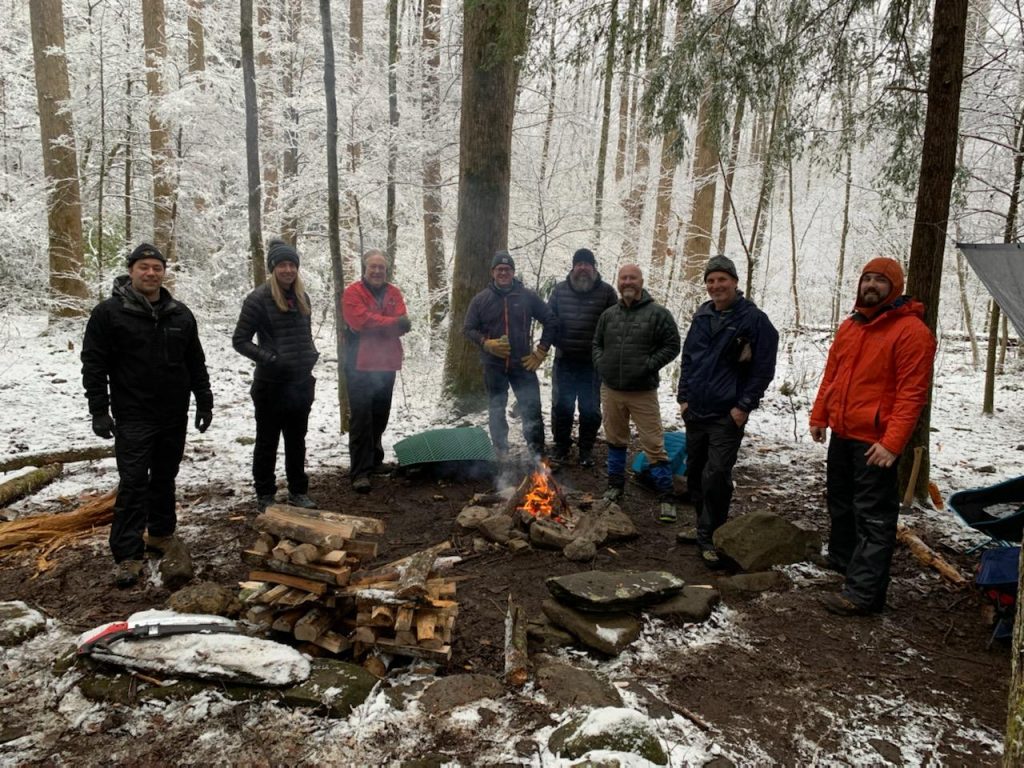 Myers and Nick preceded us. Friday they had all the wood gathered. So Saturday it was time for us to bust in. 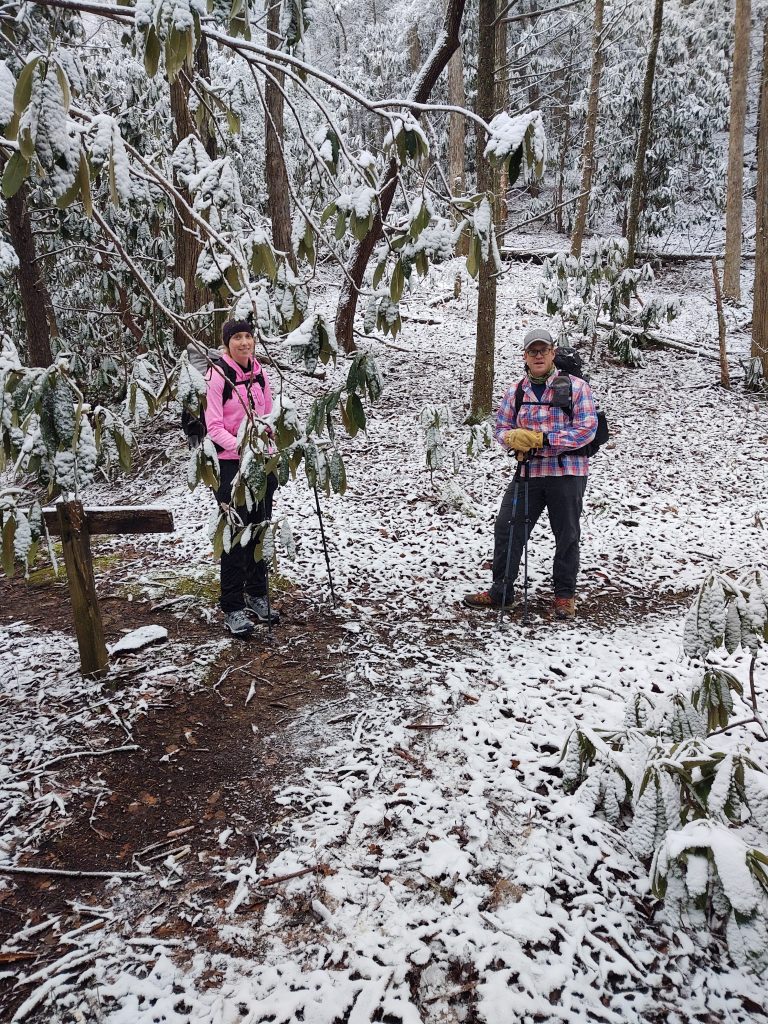 That’s Kelsie on the left and Jimmy “the flying sausage” Dean on the right. We embarked in the spitting snow. 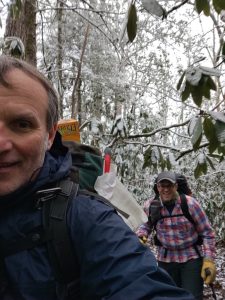 We were looking forward to seeing Frank and AJ but due to family issues neither them were able to attend. 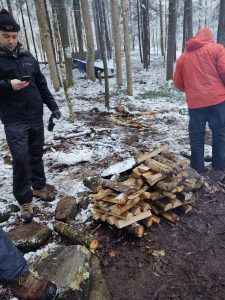 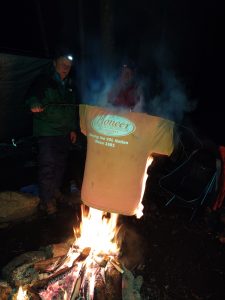 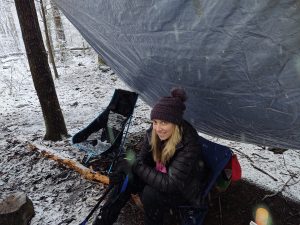 She was warm-ish; a real trooper for being the only female in a group of alpha males. It dropped into the low twenties. But our fire was more than sufficient. 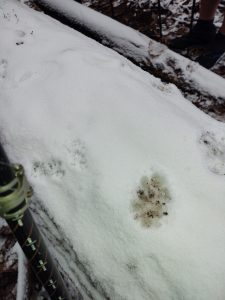 Myers woke up Saturday morning to a coyote in camp. We followed it out back to the car.

David Snider and his son came in along with Robert Carver. Even Curt made a cameo. just a fantastic winter outing on the old settlers Trail.