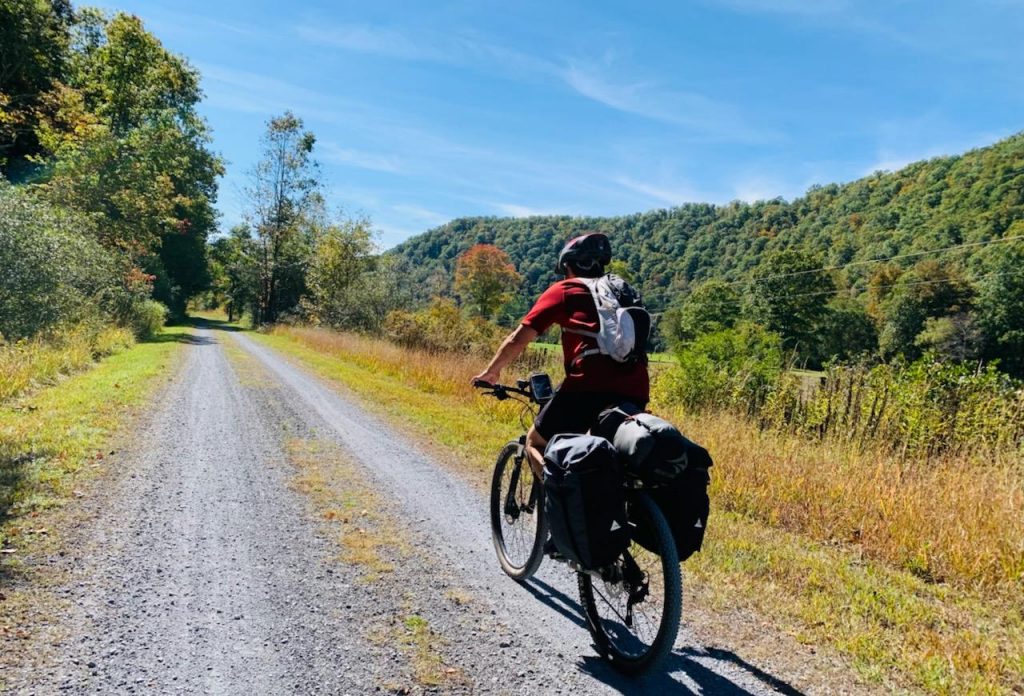 It was a fluke decision. This beautiful spate of weather we’ve been experiencing lends itself to these kinds of excursions. On thursday morning way departed four and a half hours north into the beautiful Allegheny hills of West Virginia. 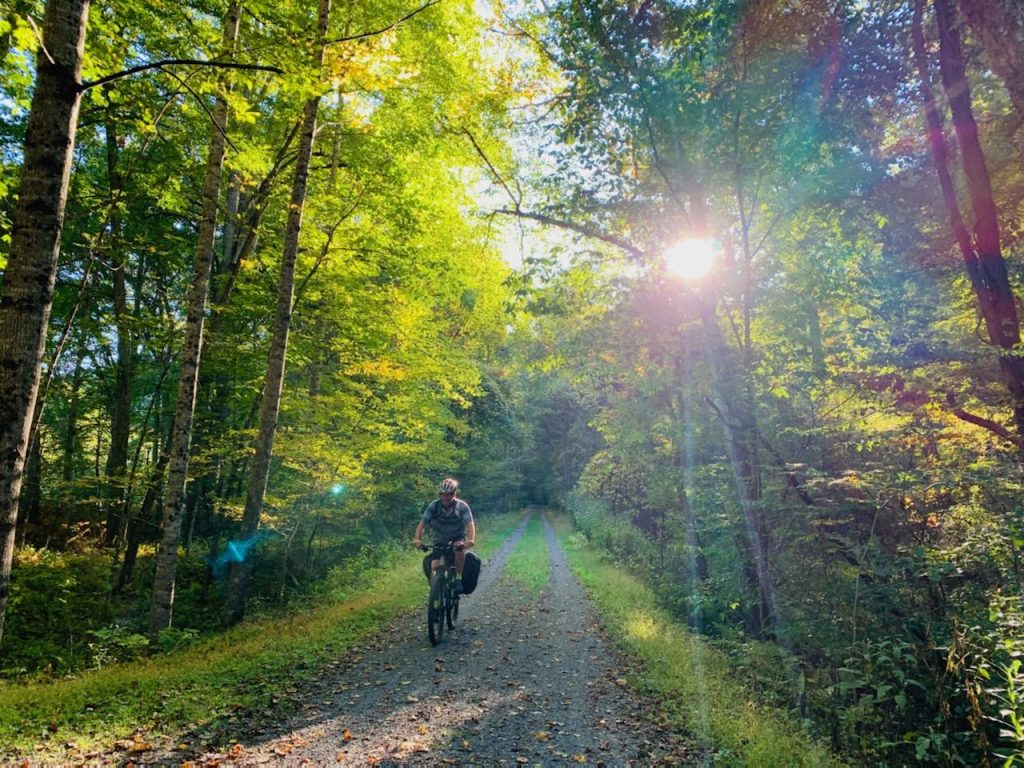 It’s fall and another rail trail called. It all started the weekend before when we were climbing at Starr Mountain. 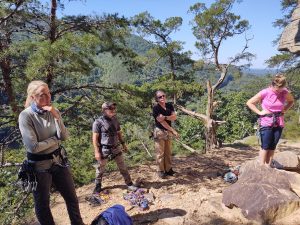 That’s Jeff second on the left guiding us expertly up to beautiful Rock faces outside Chattanooga. 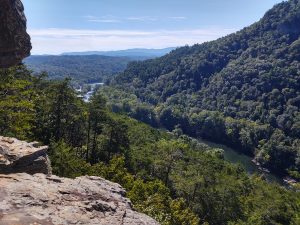 This is another view from Starr Mountain down in Benton Tennessee from the weekend before. 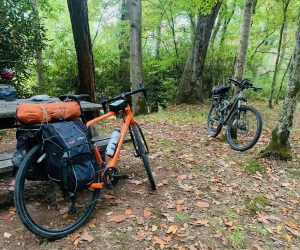 So Kelsie and I loaded up her truck and the bikes and away we went.

She made an incredible montage video here.

Starting in the town of Caldwell West Virginia, the first night we peddled 17 miles into our first campsite. And it was right outside of camp that we encountered a large black creature in the middle of the trail. Many times have I come upon  large black seeming mounds in the middle of trails that did not move. They often prove to be stumps. This one, however, did move, and it bounded  to verify a very sizable adult black bear. 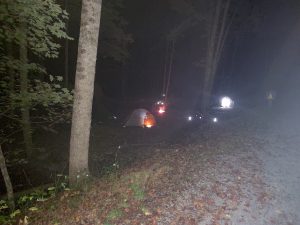 The temperature was pretty cold that night probably in the upper 40s. We encountered the only company we had along the trail that evening.

Leah and Michelle from Florida shaded the same trajectory. Headed north they also chose the uphill version as it was less driving.

They had a campfire ready for us.

We say goodbye to them early Friday morning because we had 50 miles to do that day. If we saw anyone on the trail I hardly remember it. Unlike the C&O and GAP trails this one is almost totally isolated. 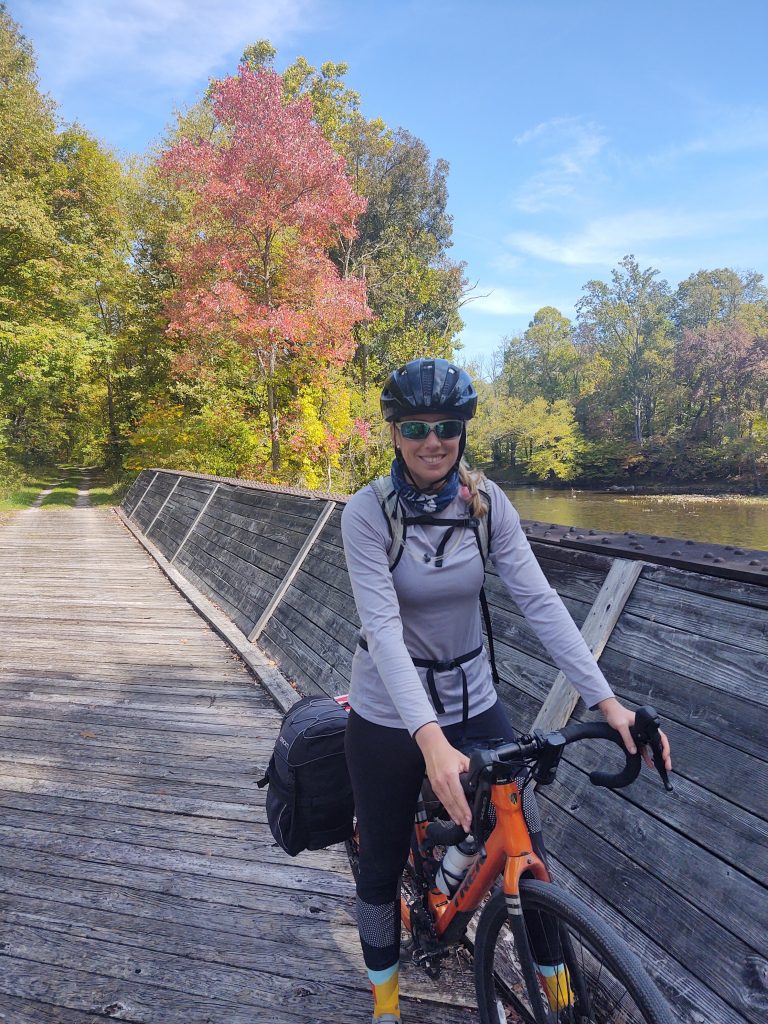 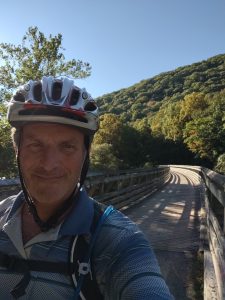 Total length northbound was 80 miles. Our intention was to hit the top section in Cass, turn around and repeat. Going uphill, the grade varies from 1 to 3%.

We slept beneath the stars that evening and were awakened in the middle of the night to the thundering crash of trees into the river. it wasn’t until the next morning we realized it was beavers. 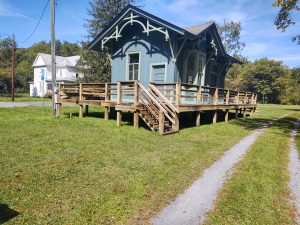 There are always vestiges of the rail line. 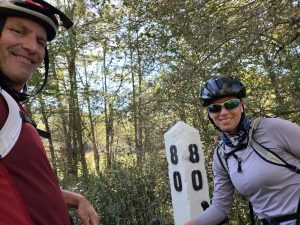 We made it to the end of the line and then it was time to turn around and head south. This day was going to be a long one though. 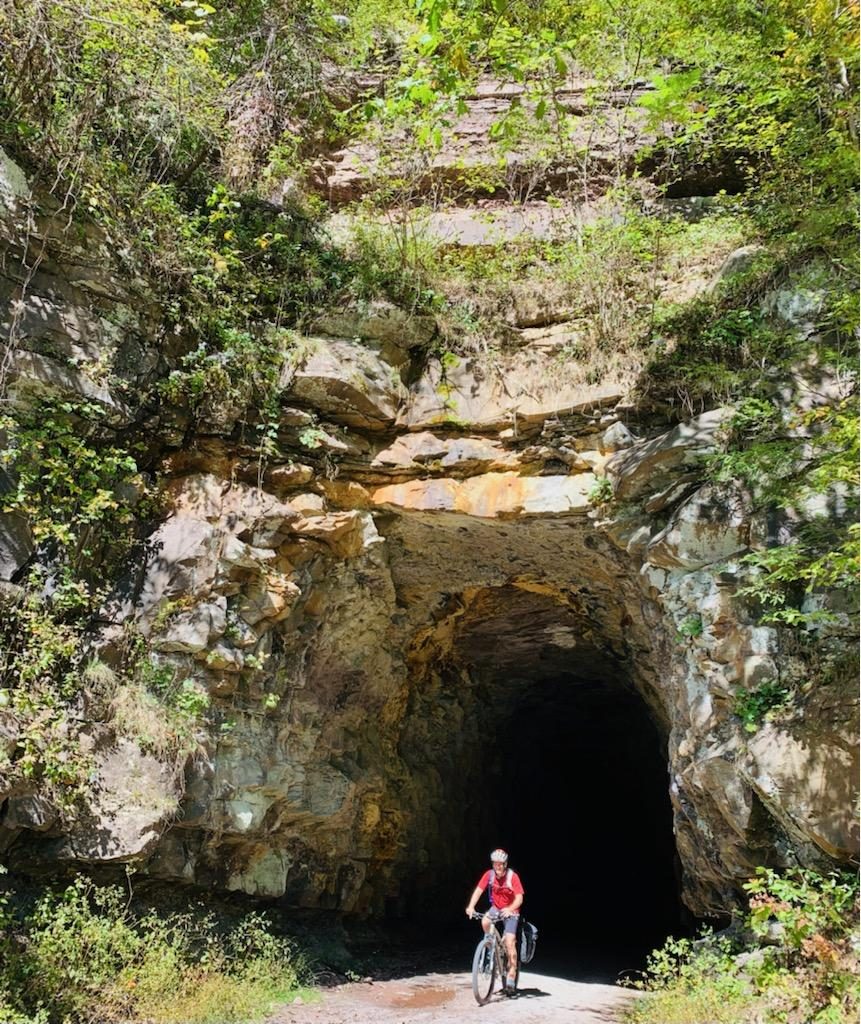 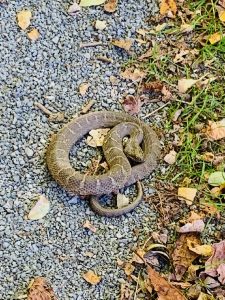 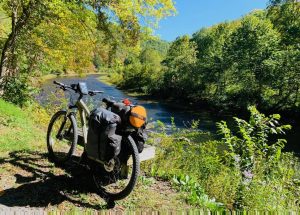 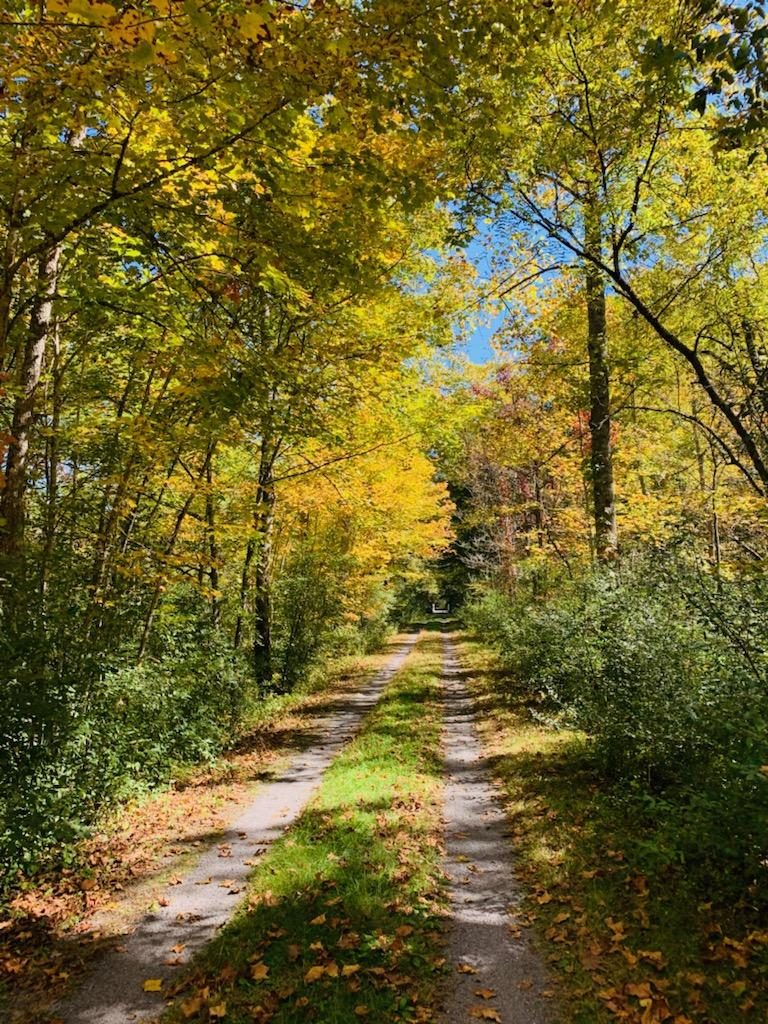 By the time we reached another empty campsite we were too tired to even start a fire. We’re even too tired to cook a meal. But I slept like a log. 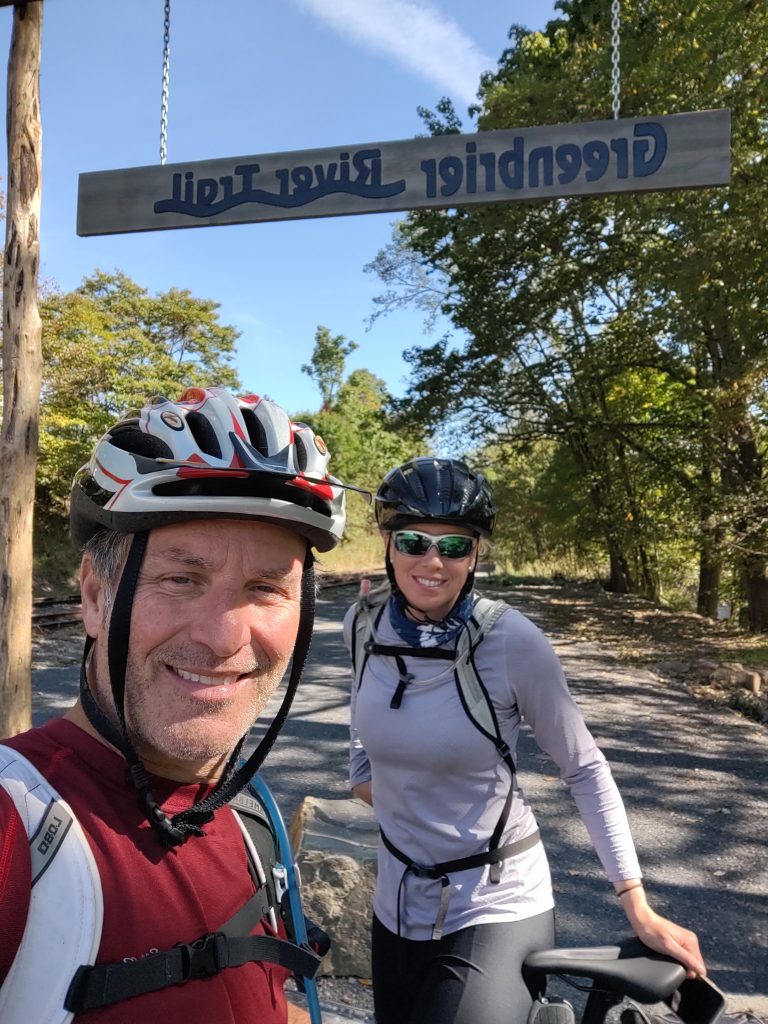 The final day saw us just doing about 25mi out.

We must end with a song as cool as this trail itself.

It was almost heaven, West Virginia.  But that’s not the song you’re going to hear below. Thank you for the beautiful weather, the great company, the perfect riding ,solitude, the animals, The outdoor experience. Glorious Fall has arrived.