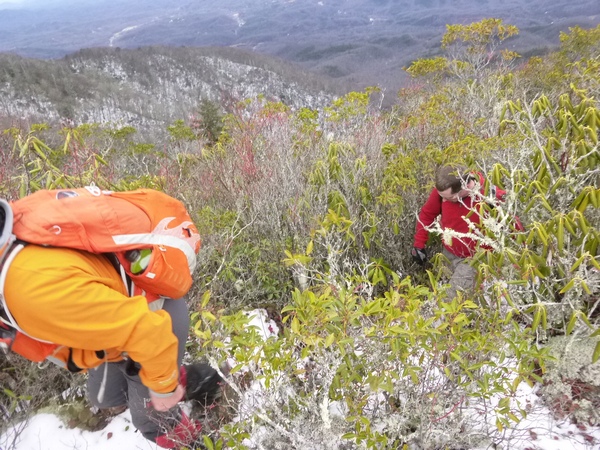 When JD called and asked if I wanted to hike, it didn’t take much arm twisting.  When I asked if he was up for an adventure, he didn’t bat an eye.  His response? “I have always wanted to do that offtrail”.  And with that our plan was solidified on Friday afternoon.

By Saturday morning, we had two more conscripts on board and one of them was familiar to me. You will appreciate this story.  JD said we were meeting “Dave” at the trailhead.  Imagine my surprise when “Dave” steps out of his vehicle and I am face to face with a guy I had a hand in hiring to replace a vacant position at the school where I do counseling work less than a week ago.  He and I had already put in two days at the Academy this week.  Dave has been hiking with JD and Bill for several years. When we were interviewing Dave, I asked him what he did in his free time as an outlet.  He proclaimed, without hesitation, “hiking”.  And without hesitation, I uttered, “Your’e hired”. 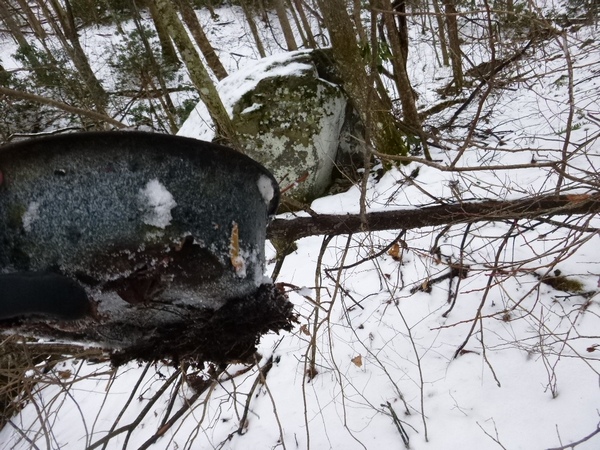 I found this old pot as we plodded into the Smokies. It was barely protruding from the snow. 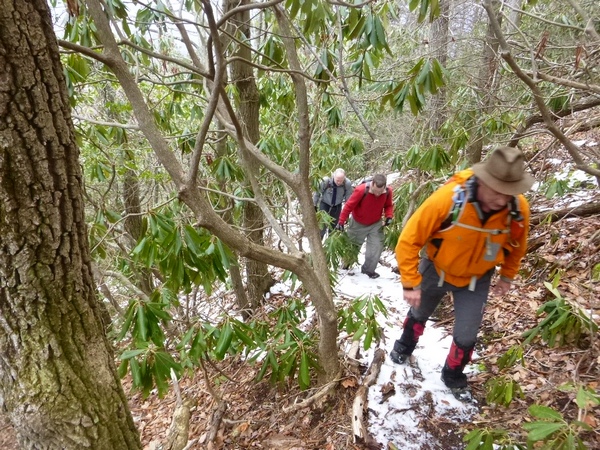 JD has completed four complete laps in the Smokies.  Both Dave and Bill have also finished maps. 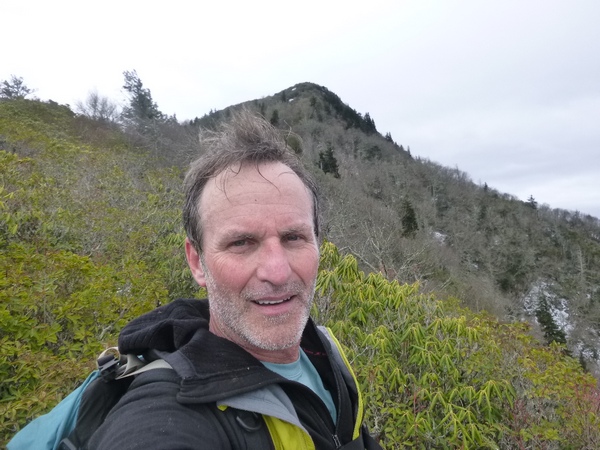 We got turned around twice. The slick snow was just another small hazard. Climbing the manway is a challenge in good weather, as you may recall. 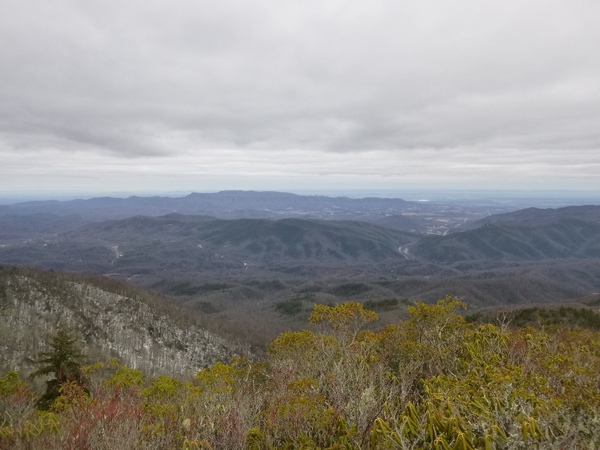 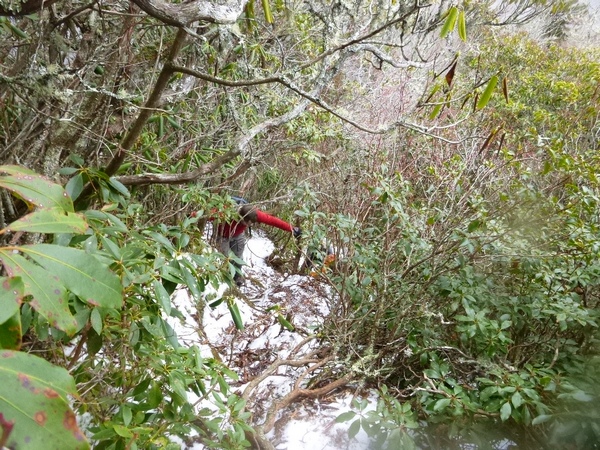 There is quite a bit of rhodo pulling. With the snow, it was often one step forward and one step back. 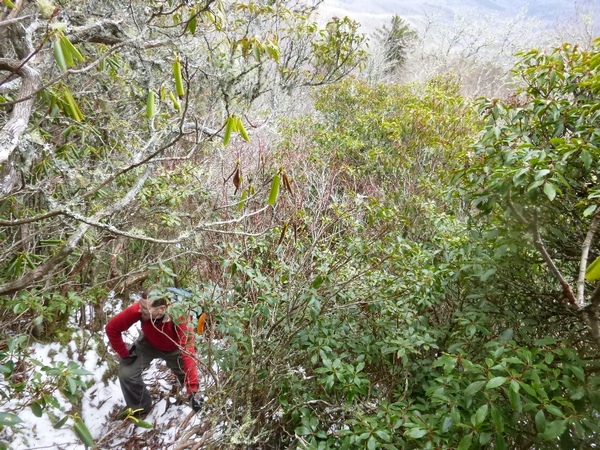 That’s Dave.  Our newest science teacher, probably wondering why he followed me on an offtrail. 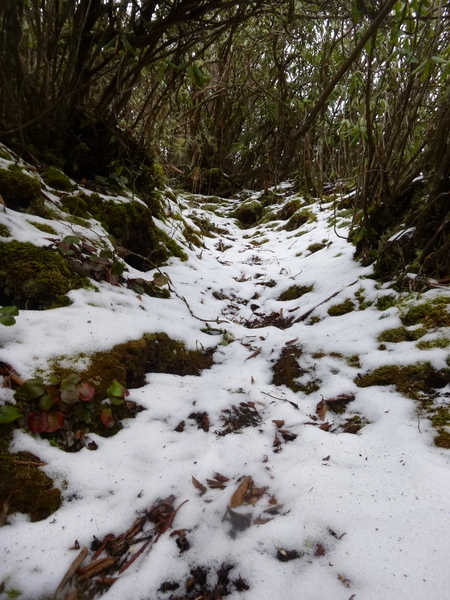 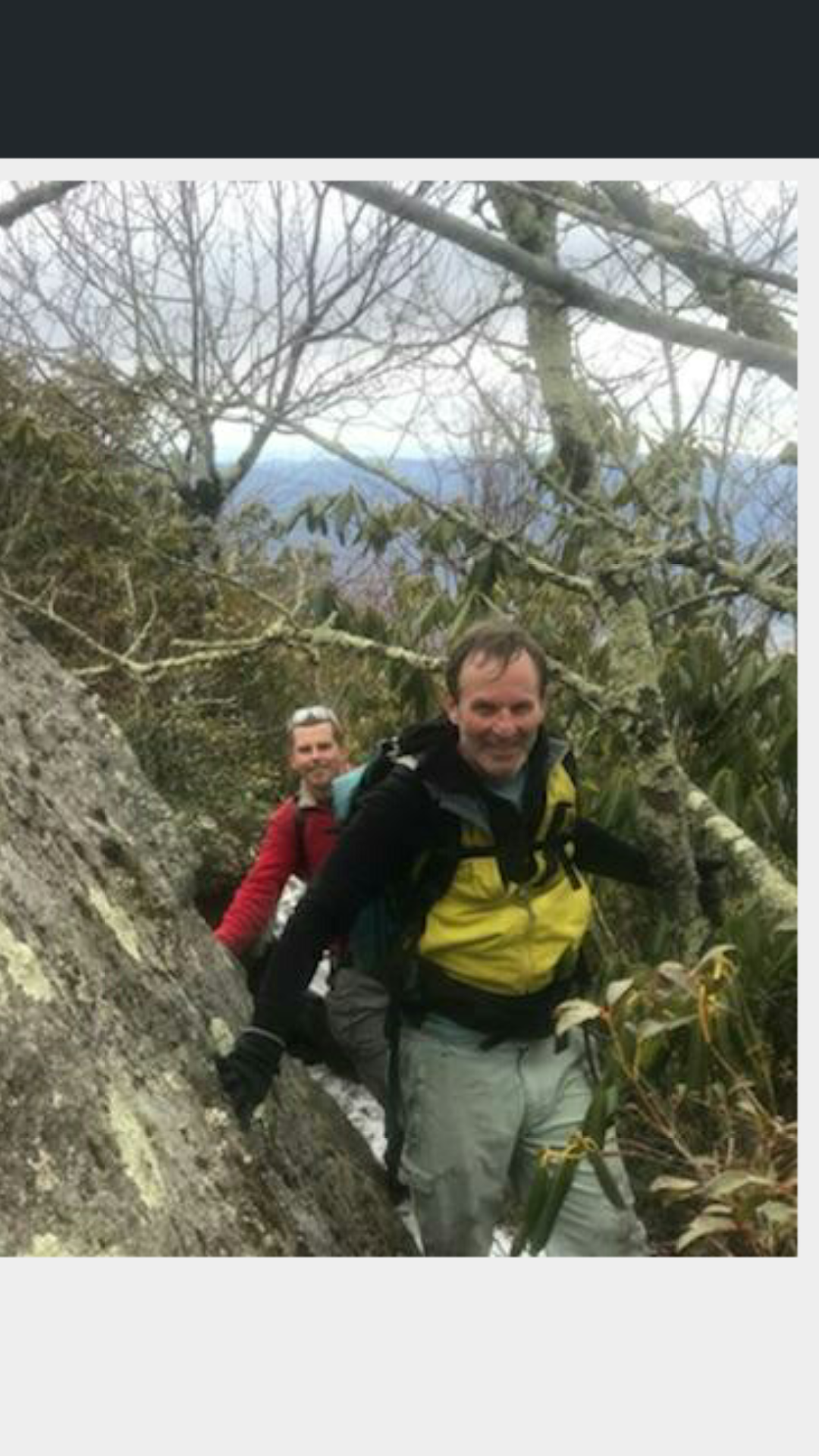 This is really what the untracked trail looks like.  Steep.  How steep?  Well,

Strava captured our stats.  It took us two hours and 45 minutes to top out and reach the tower. 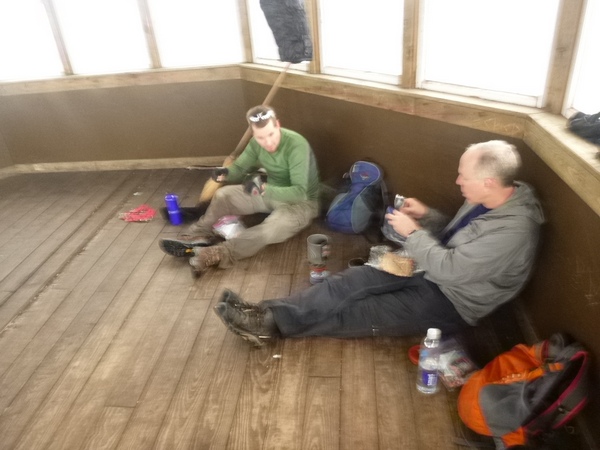 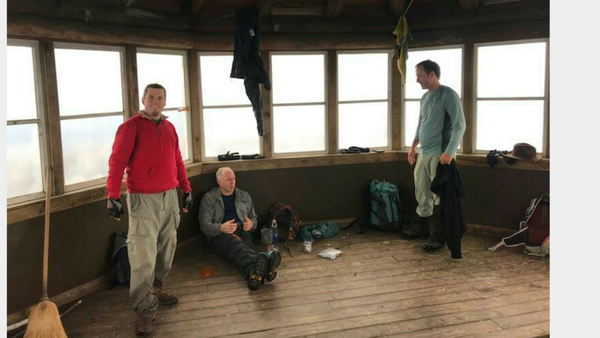 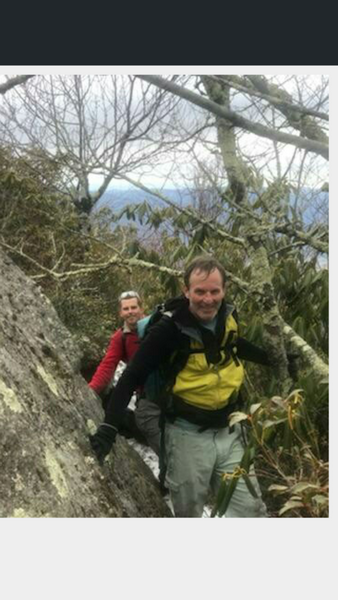 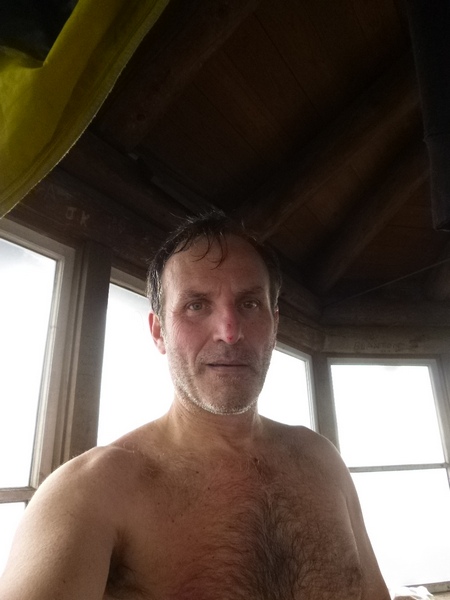 I soaked every piece of clothing. When I took off my layers, steam came off my body like an iron plugged into a 220 volt outlet. I had apparently cut my nose while Rhodo surfing. 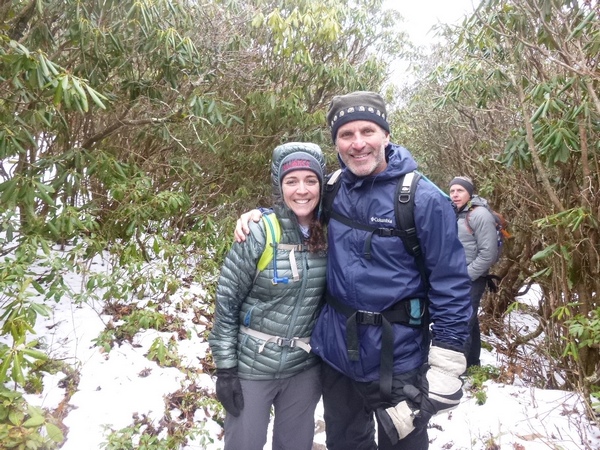 We decided to descend via the regular trail which gave us 8.5 miles for the day. As we were leaving the tower, I run into a  friend of mine, Stephanie, who had also taken advantage of the government shutdown long enough to make a run up the AT to the lookout. 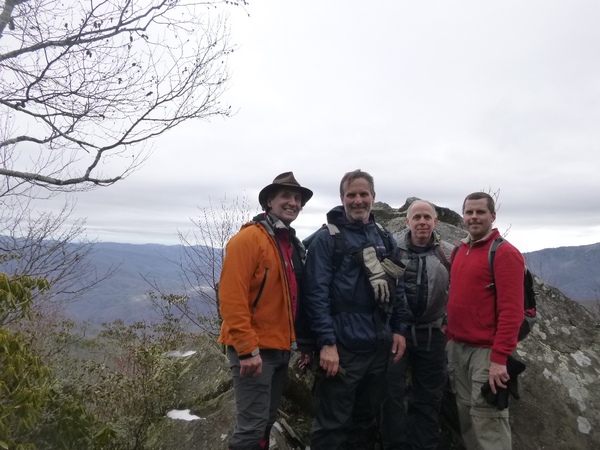 As we descended, the weather improved and a warm front raised the temps so much a fair amount of snow had disappeared from the bottom of our trek. 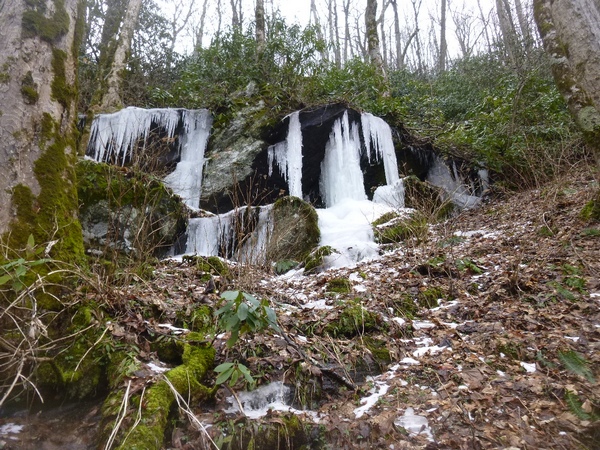 But the scenery was fantastic.  As well as the company.  It was a wonderful mid winter outing.