Our usual Friday night, post work hit, included a bit of early drama.  We arrived at the trailhead for our ascent into Anthony Creek via Lead Cove.  Greeting us was a cadre of law enforcement Smokies Rangers. 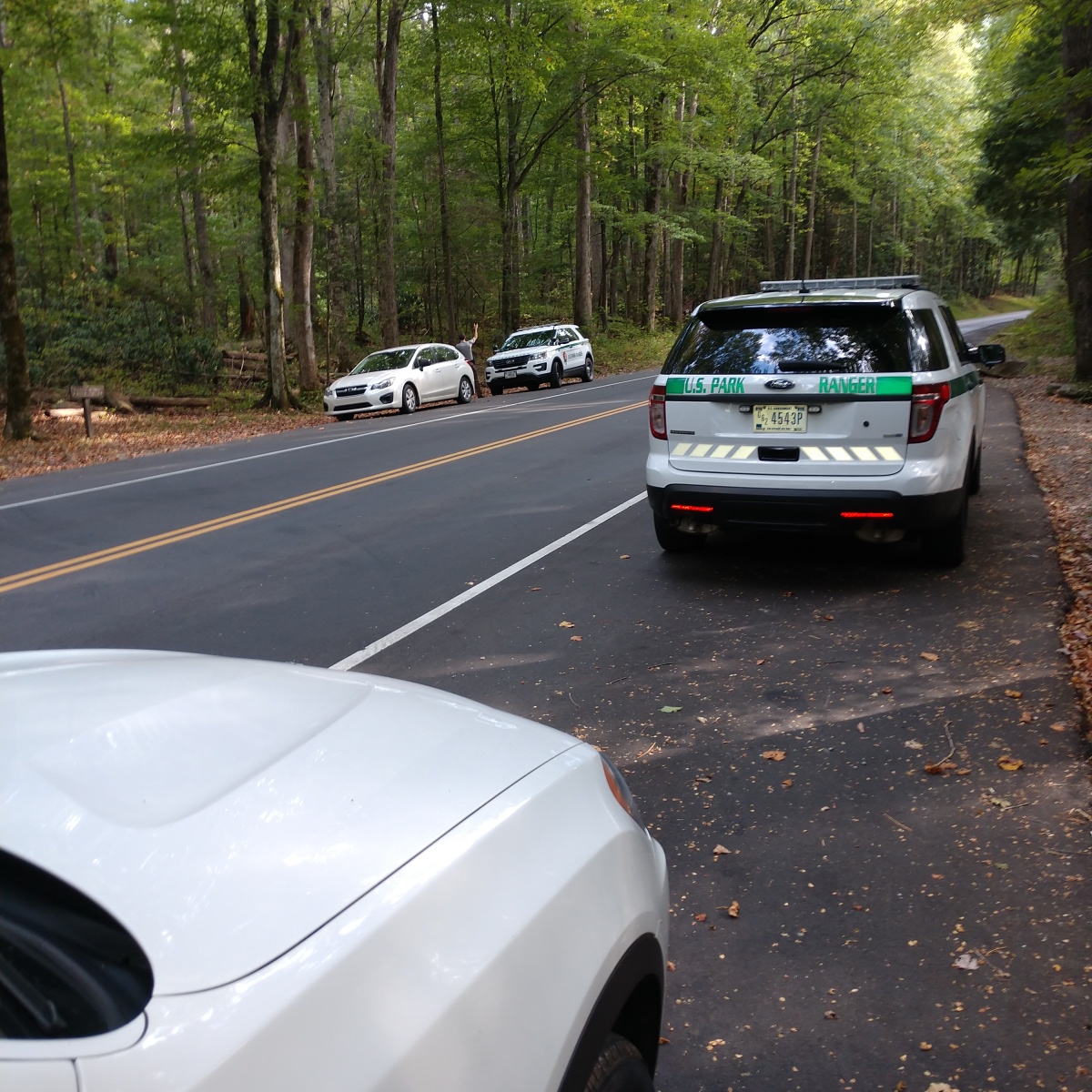 They approached us to determine out intentions, which was not rubbernecking. And it wasn’t to harrass John Quillinger, public enemy number 1.  One of the LEO’s subtly informed us that reports had been made about a maniac on the loose. He had made quite a scene up at Spence Field and two young rangers were dispatched to apprehend the barely clothed individual. We later learned that he was wearing one boot, smoking a pipe and sporting orange spandex with no shirt. Spence Field shelter was quite full, which is a surprise given the paucity of water up there. We opted for Anthony Creek because it afforded a good training climb with full packs. 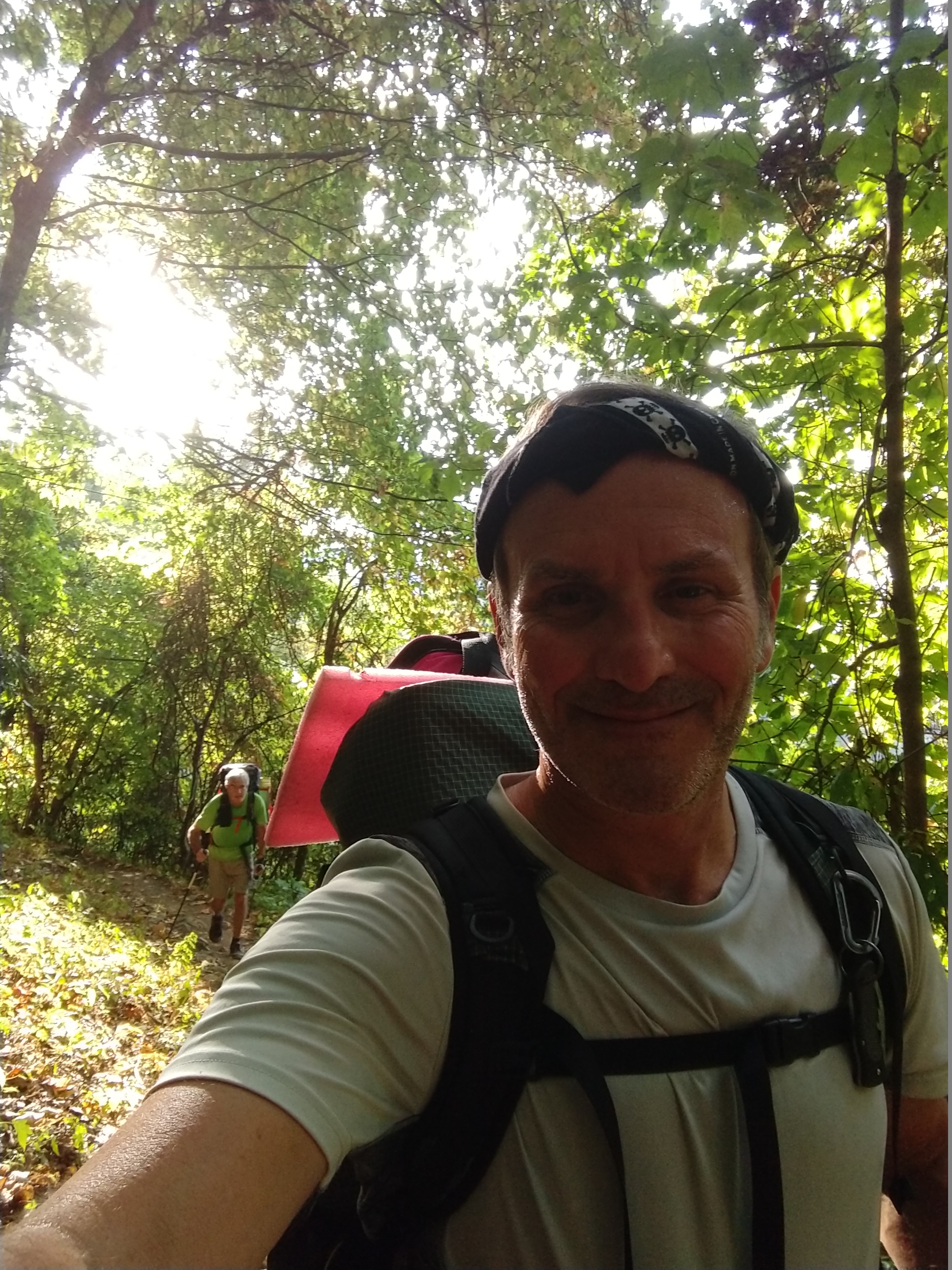 It was nearly a full two thousand feet ascent and we were feeling good. These are necessary in our quest of South America’s highest peak, Aconcagua, in December. Behind me is Howard, who was not the maniac on the loose  which the rangers were chasing. Although he is wearing a hiking costume. 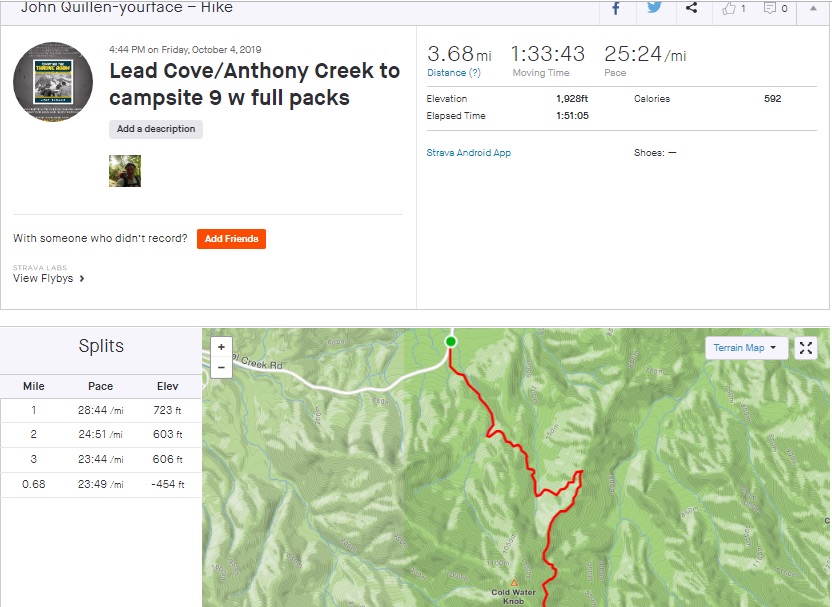 We soon passed the intrepid rangers who asked us not to disclose anything to the occupants of the shelter. We had to inform them that Anthony Creek was not the same as the shelter and we departed from them as they made a 1.7 mile further climb and we dropped down to the scarce water site, ever mindful of the potential loose lunatic. 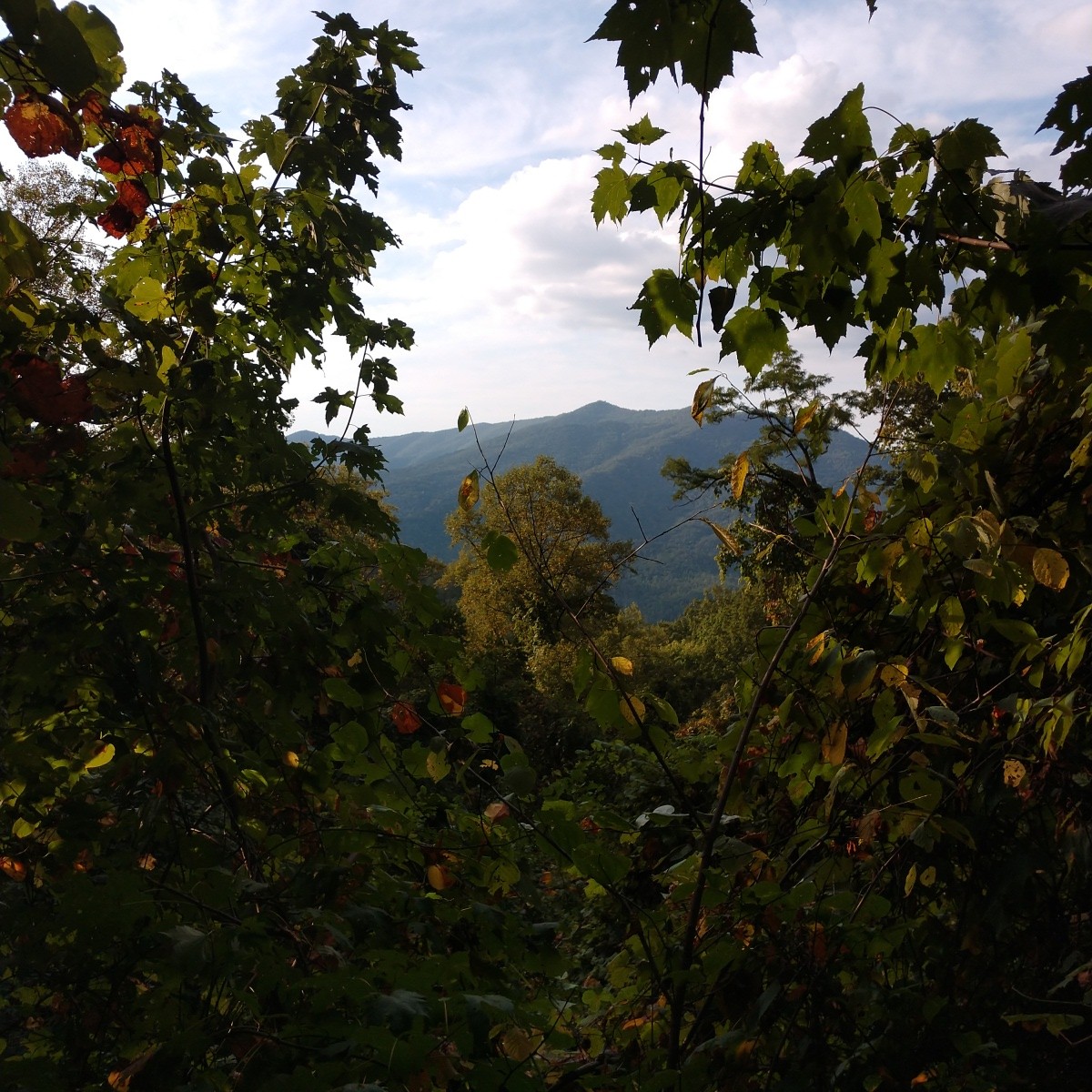 Not much in the way of views, Fall is late this year.

We did come across this feller. 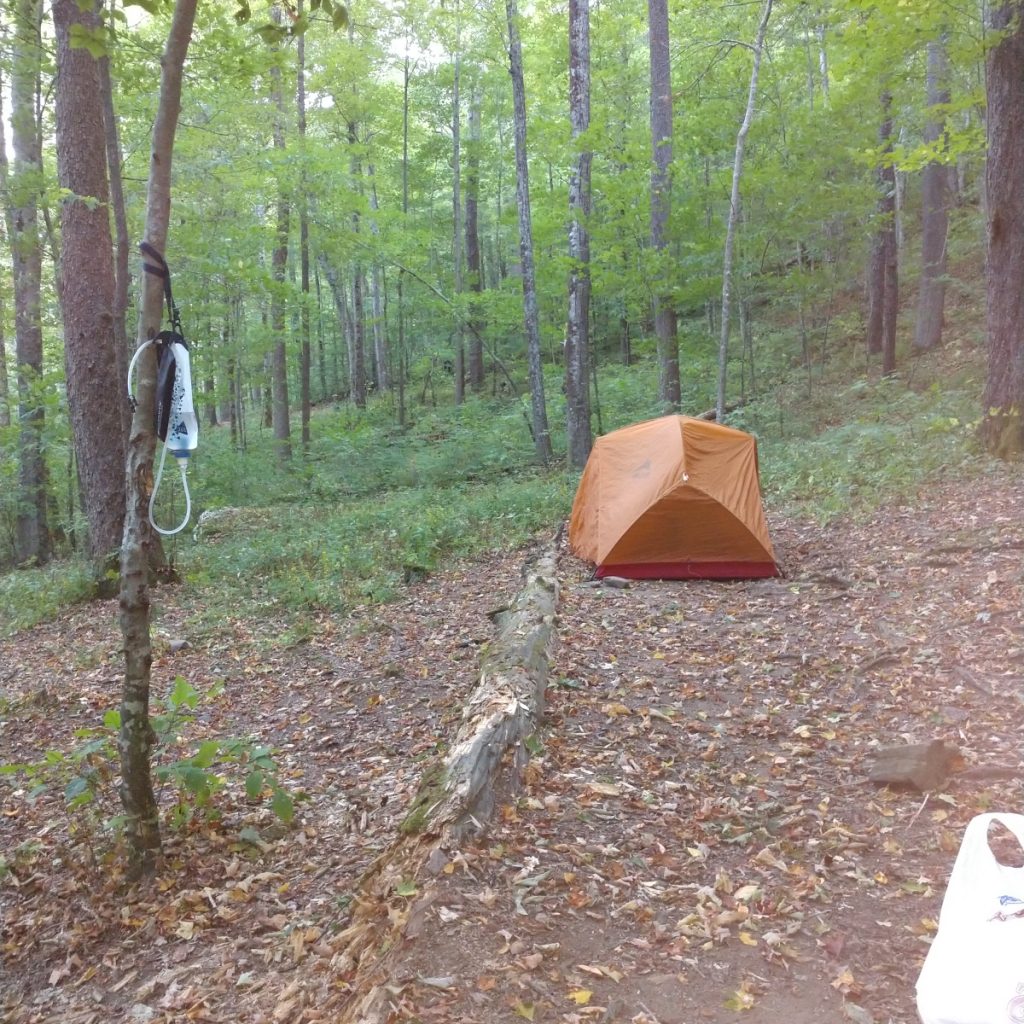 I am learning that where water remains, you will find people nowadays. I haven’t seen it this dry in all my years in the outdoors. You can assume that all springs up top are totally non functional. Factor that into your outdoor plans. We met people who dropped down and altered their weekend plans as a result. This is the site of the infamous “Doo Doo Doug” incident of the olden days. 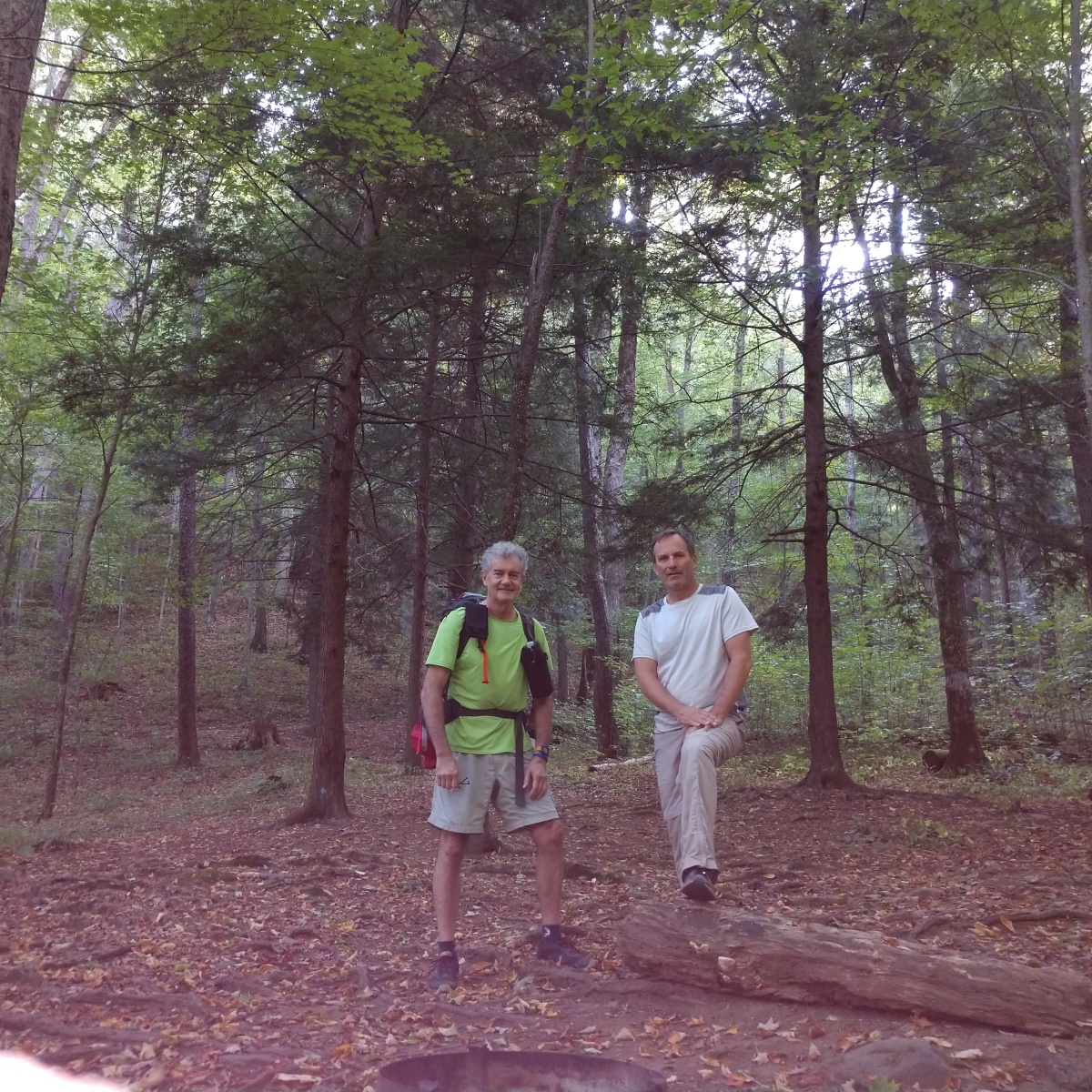 For a second weekend, we “chose not to have a fire”.  Our neighbors did not make that same choice. I am rather enjoying not having a fire for a couple of reasons. One, it is against the law given the fire ban. Two, its hot and unnecessary and three, I don’t have to chase smoke around a ring. Also, there is no wood here at the Anthony Creek site anyway. It is picked clean. We bring a lantern and spin yarns accordingly.

We retired early for a relatively restful evening. There was no sighting of  the lunatic on the loose. However, our neighbors came down to visit as we enjoyed a morning brew. They had encountered the madman along the AT the previous day. Their description of him matched the rangers with an addition. He had a pipe and was non communicative.  Which reinforces my disdain for shelters as idiot magnets. Shoeless lunacy is not so common when toting a tent is required. I have some theories about what was in the “pipe”.

I have an update on the land rape from last weekend. You will recall we encountered a road adjacent to the Rich Mtn loop. My friend, Dana, was able to determine the culprits and I have notified two Blount County commissioners who knew nothing of it. Perhaps we can bring attention to these folks and mitigate the potential upcoming damage. Scroll down to last weeks trip for details. I will keep you posted.