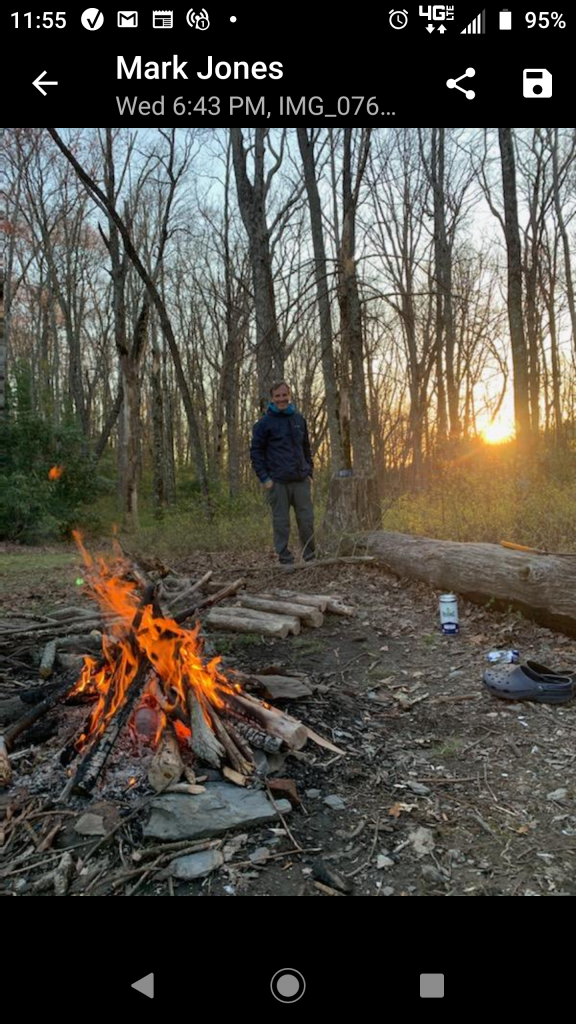 There is a section of the Crowder Branch trail that reaches a 47% grade. Mark Jones and I tackled this project just a couple of days after having been there on another trip. 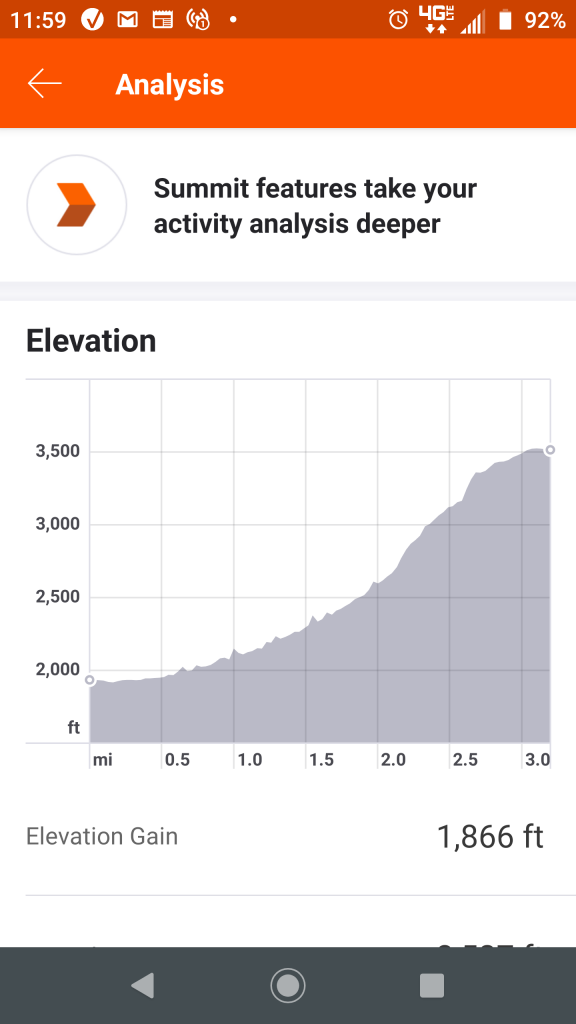 It is a hefty haul getting up to the top of Crowder Branch this way. 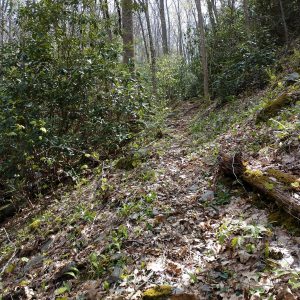 I was trying to capture the steep angle of trail here but it doesn’t do justice to The climb.

Just two days before when I was there not half of these wildflowers were poking out of the ground. 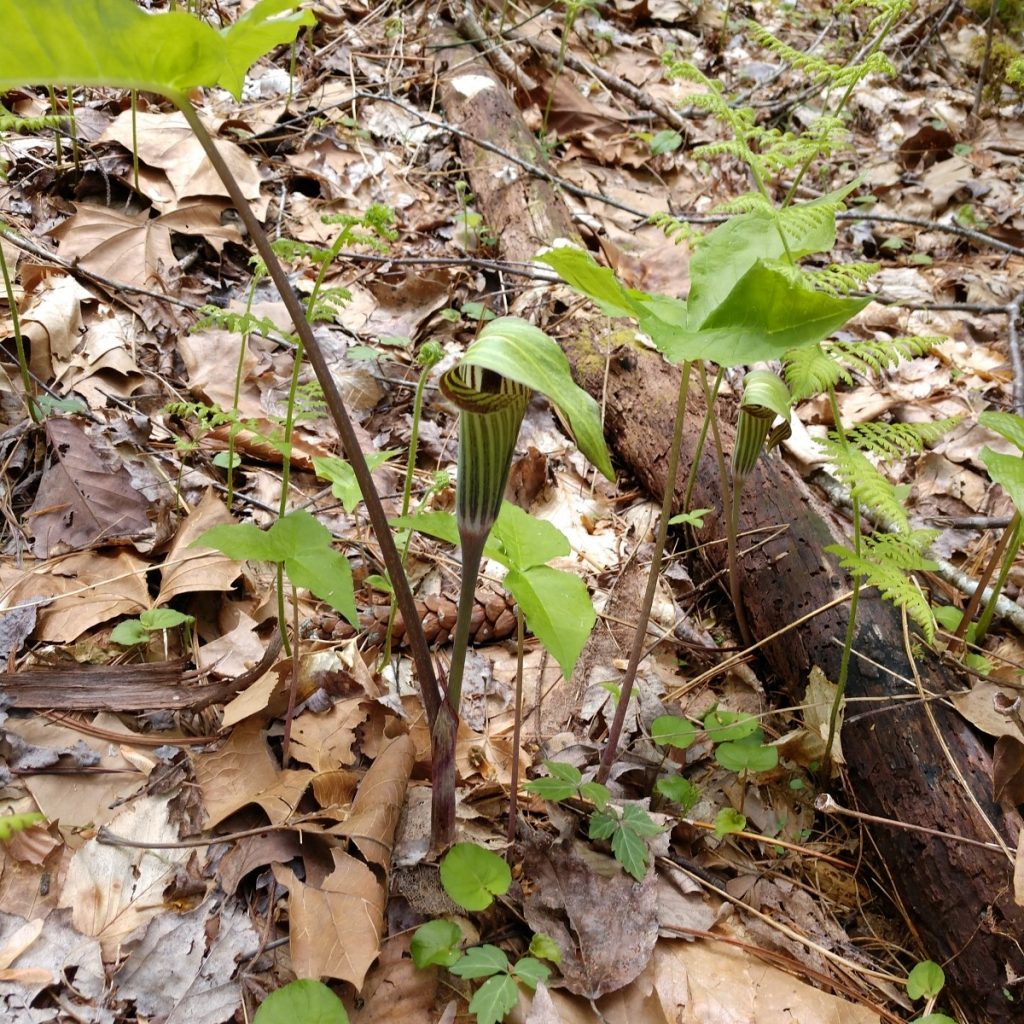 Probably one of the best specimens of Jack-in-the-Pulpit I’ve ever seen. 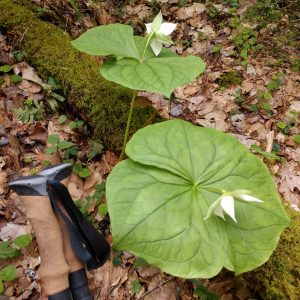 Ascending through vegetation and blowdowns, we encountered an incredibly steep section. Unbeknownst to me, Mark had taken a tumble and nearly pierced his ear. I will not show you a photo of the damage per his request. But,he was bleeding like a stuck hog. 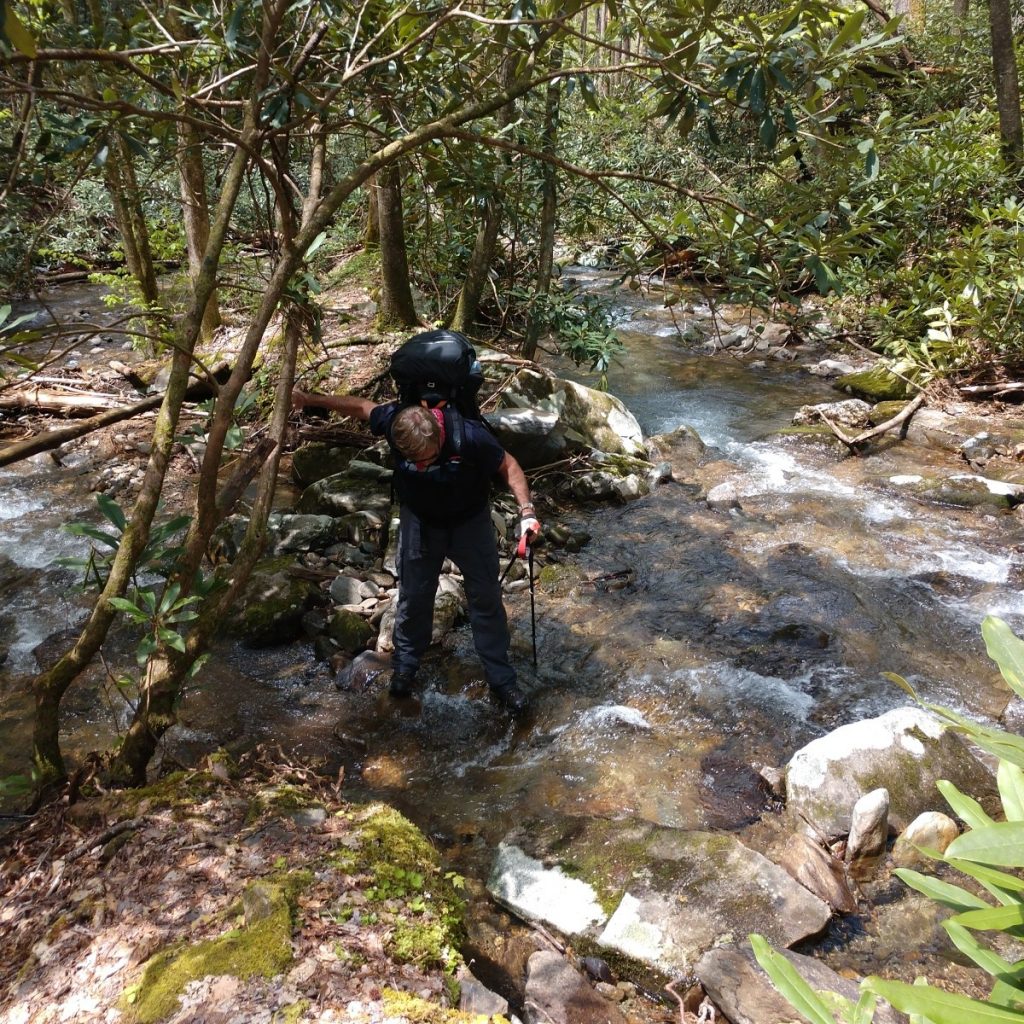 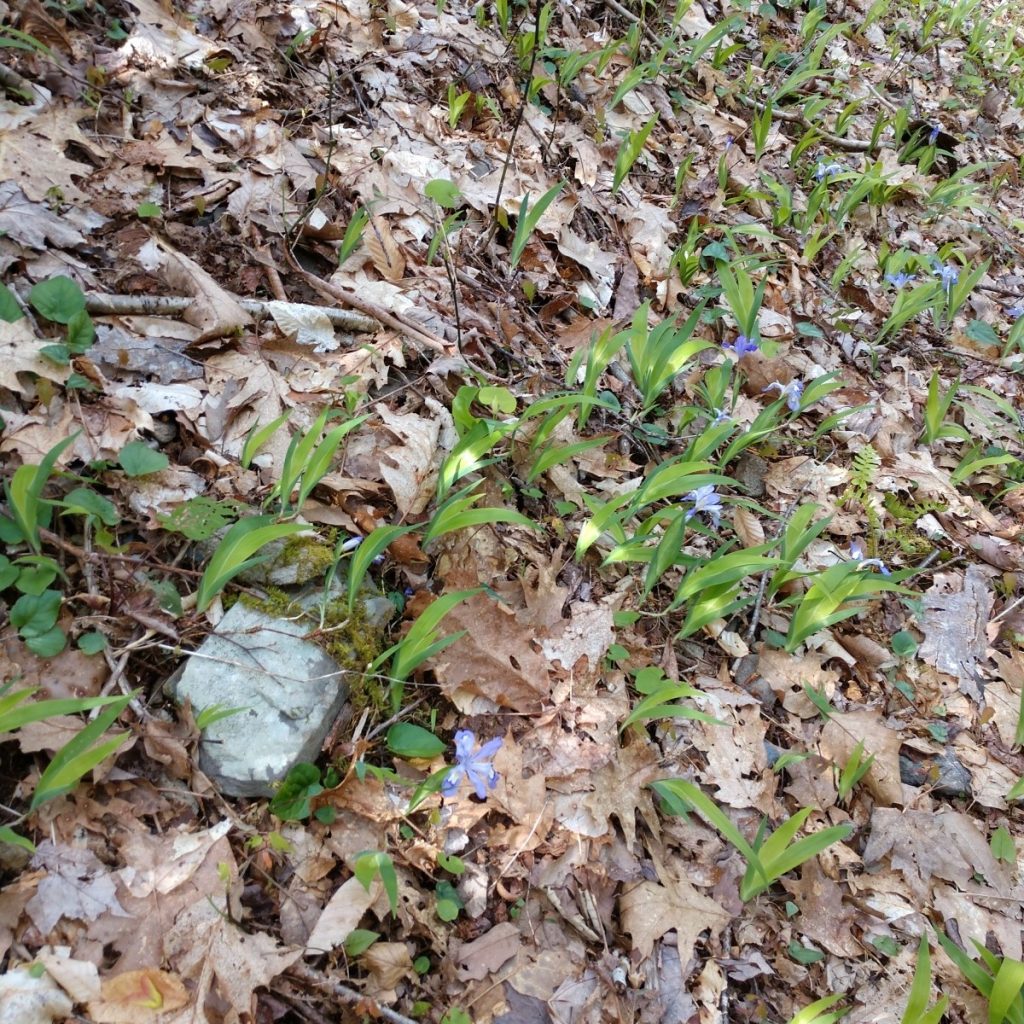 the final mile and a half is pretty much in the stream so there are some considerable crossings to be made the after a big rain storm.

You may remember we made the same ascent back in the fall.

Shortly, we were right back on the same spot where I had spent the night two days before. And it was so glorious be underneath the stars that were promising to show us some meteors. The meteor shower never happened. But, great company and conversation ensued. (Yes, there were plenty of derogatory comments made about our Grifter in Chief and his cabal of criminals masquerading as a president. I hate to be an “I told you so” but I did. Now that Trump has killed people with his lack of leadership on Covid, people are starting to come around. Of course, way more damage can and will be done because all the Republicans in power have ensured Putin can directly influence elections by voting down election security. So you may well have this Mango Mussolini for another term thanks to Marsha Blackburn and Moscow Mitch) By all means, though, please don’t look behind the curtain.

After an indescribably restful evening, and glorious fire, we lounged about the next morning departing right after coffee- thirty. I had encouraged Mark to go out the Farr Gap route and get into new miles.

Mark was not disappointed, and neither was I taking a solo journey back down Crowder branch. Here are a few notes about Crowder branch. You need to bring your route finding ability. This is more like a man way than a trail. Do not attempt after a big rain storm. I’ve done this several times and still get a little bit turned around in a couple of places. If you were thinking of attempting this and have questions just email me and I will share what little bit I know. 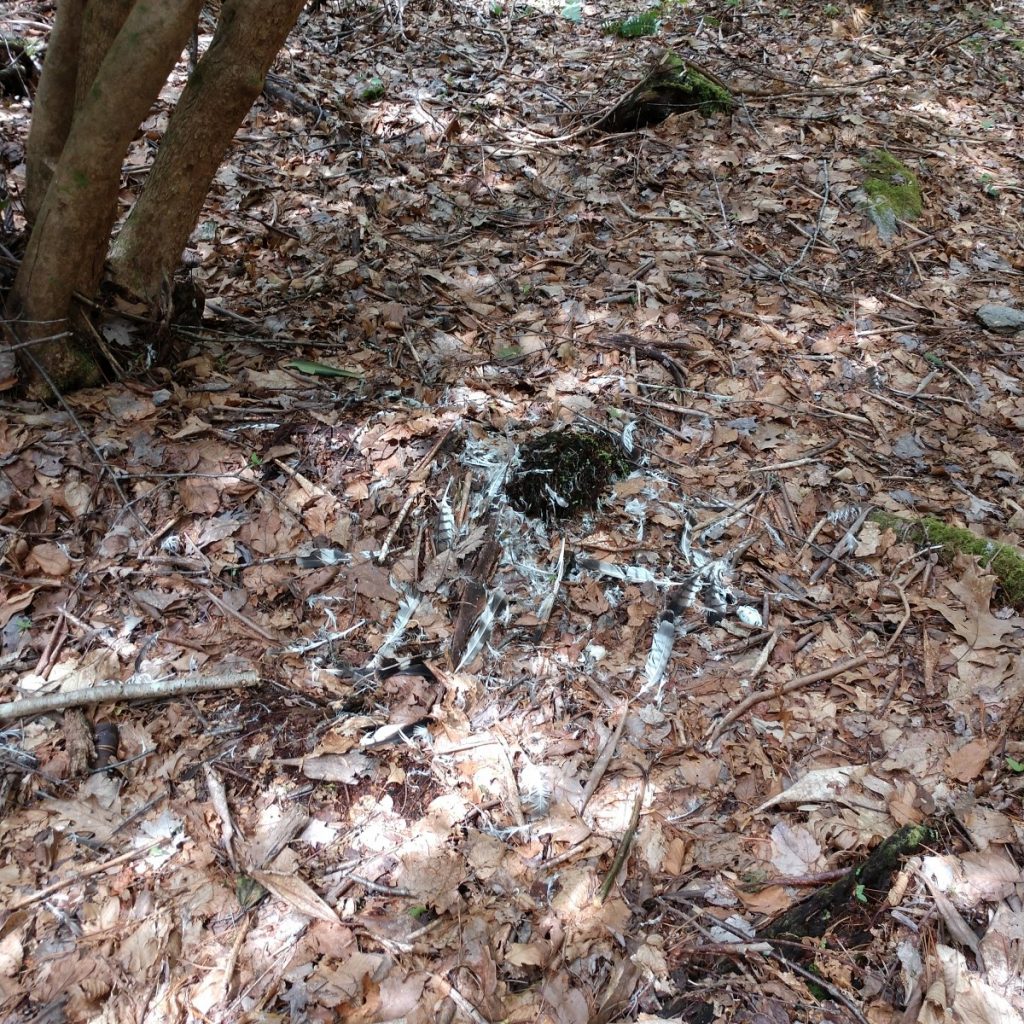 You see some strange sights in the backcountry. Looks like a bird lost its fight with a snake or something. There is an egg right there. On our way out we saw the most beautiful fox specimen. He had an almost gray looking coat but it was definitely a fox and he was in great health.

I’m not posting any pictures of Mark at his request. But we did have a magnificent time even though Myers wasn’t able to join us. 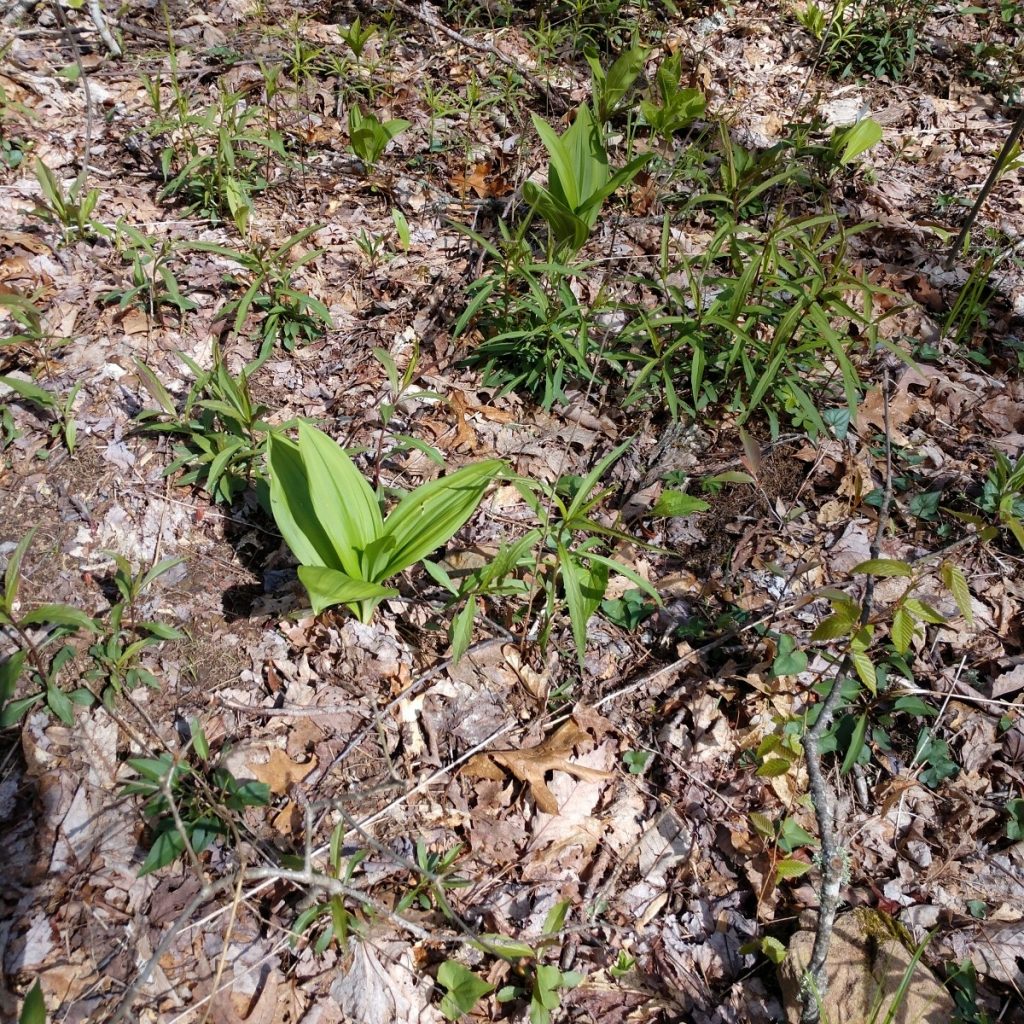 I’ll finish with one final wildflower that I know Rocky Ledge can identify.