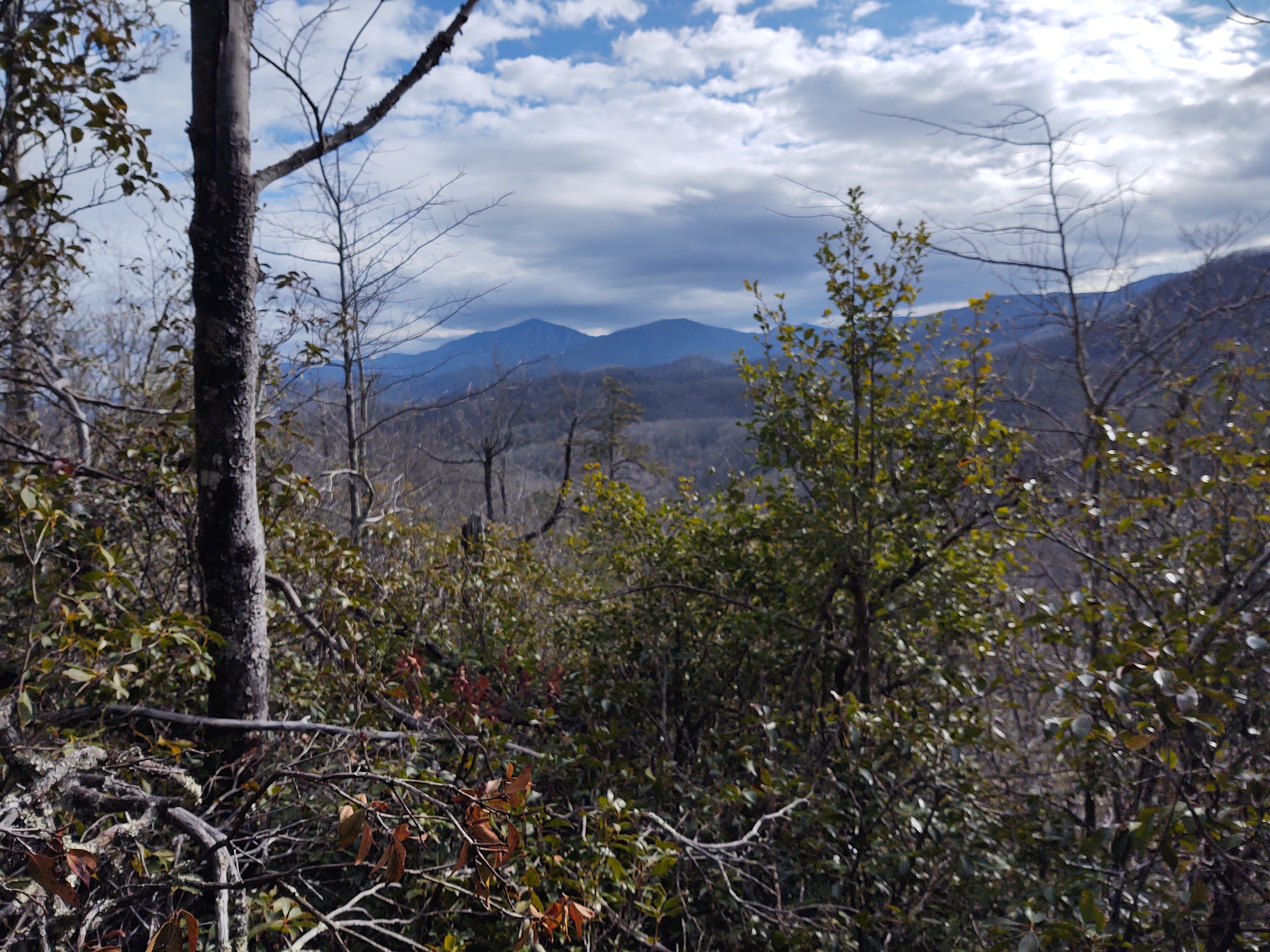 What a beautiful weekend to ascend Curry Mountain into the beautiful campsite number 20. 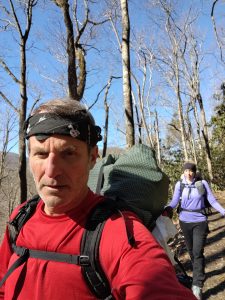 Kelsie and I follow Jimmy Dean up the 5.8 miles into camp. The flying sausage really was flying on Saturday morning. 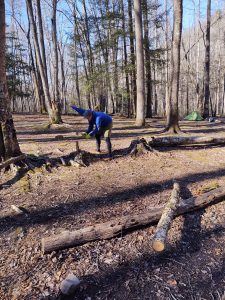 he had so much energy we needed to put him to work immediately upon entering the campsite. 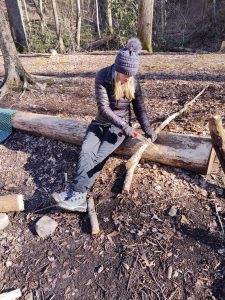 Of course everyone is expected to pull their load and she was no exception. Don’t know that I’ve seen such a luxurious pose for sawing. 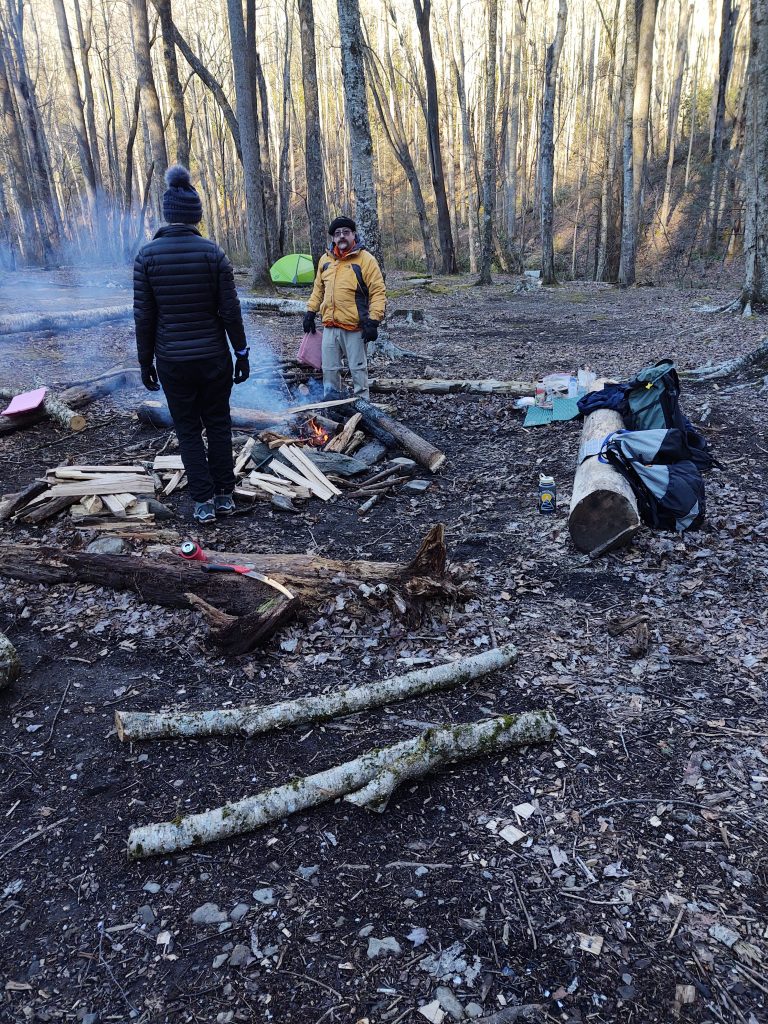 Yep that’s Martin, scooter, The edge Hunley. Martin and I ascended Rainier and Whitney together once upon a time. Jimmy and Kelsie are beginning their respective mountain journeys. So I  am including links to those outings here for their amusement. Not surprisingly, Rainier guided trips are full for the upcoming season.

It’s been a couple of years since I’ve shared a trail and campsite with him.

Before long we had another visitor. 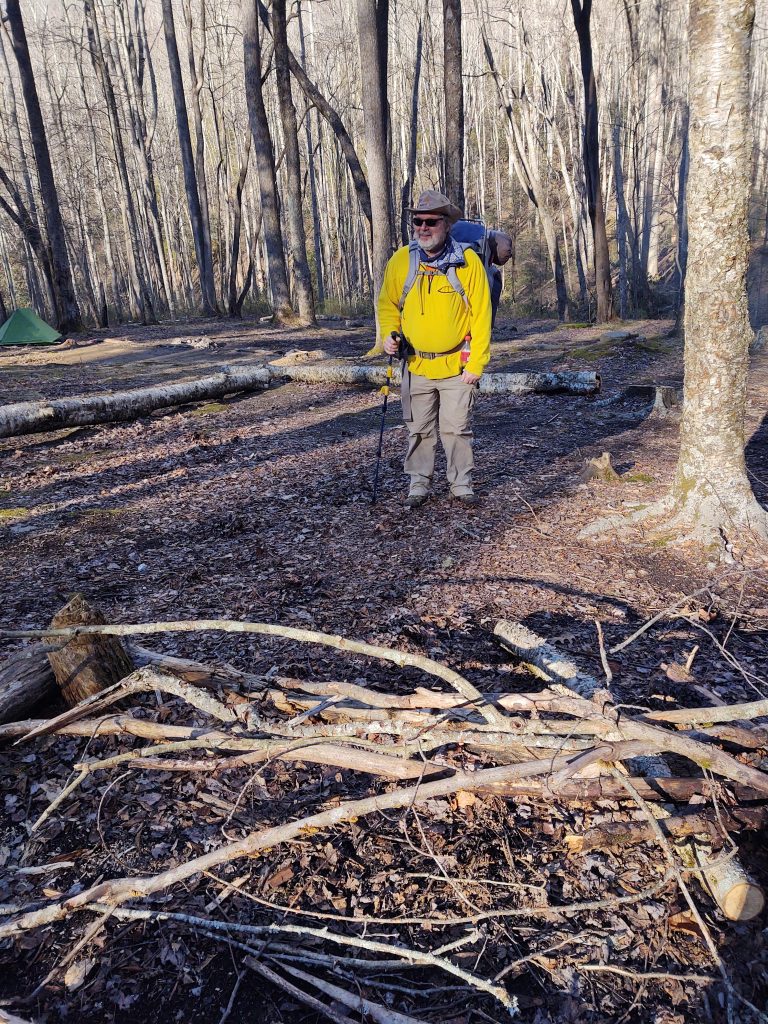 That is the infamous Grady. And now we had a quorum. 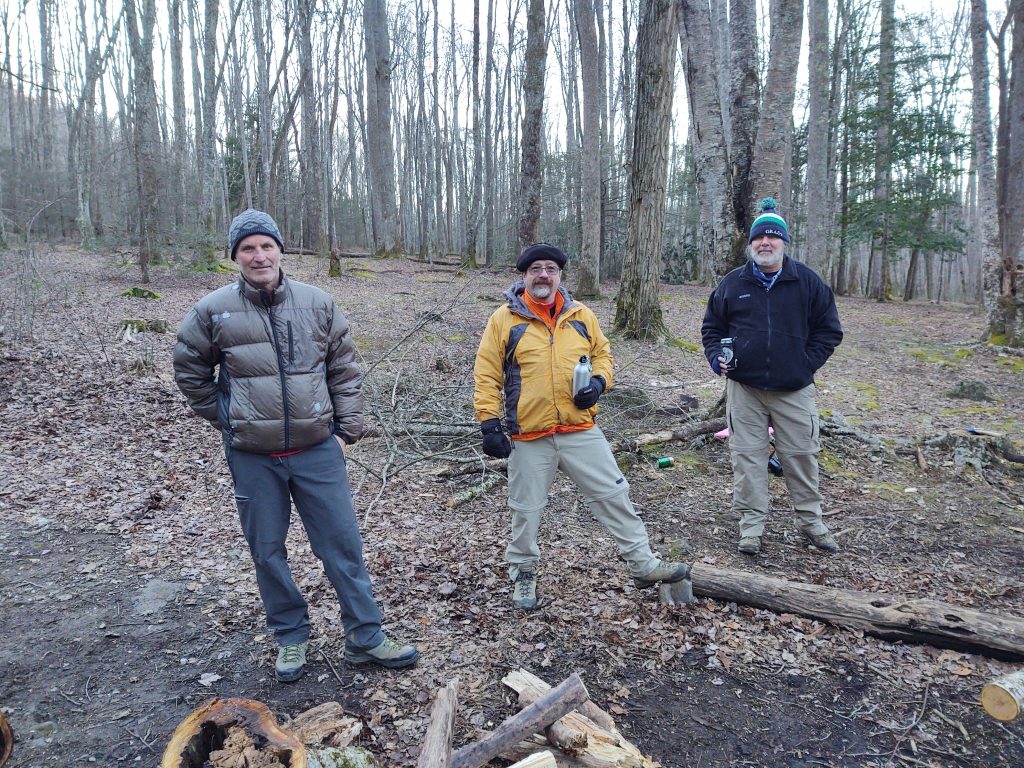 Much to the chagrin of Kelsey and the Flying sausage. They were forced to endure years of Highlander tales. 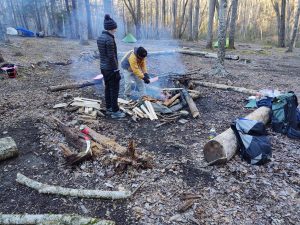 We had a very nice and unusually well behaved fire. 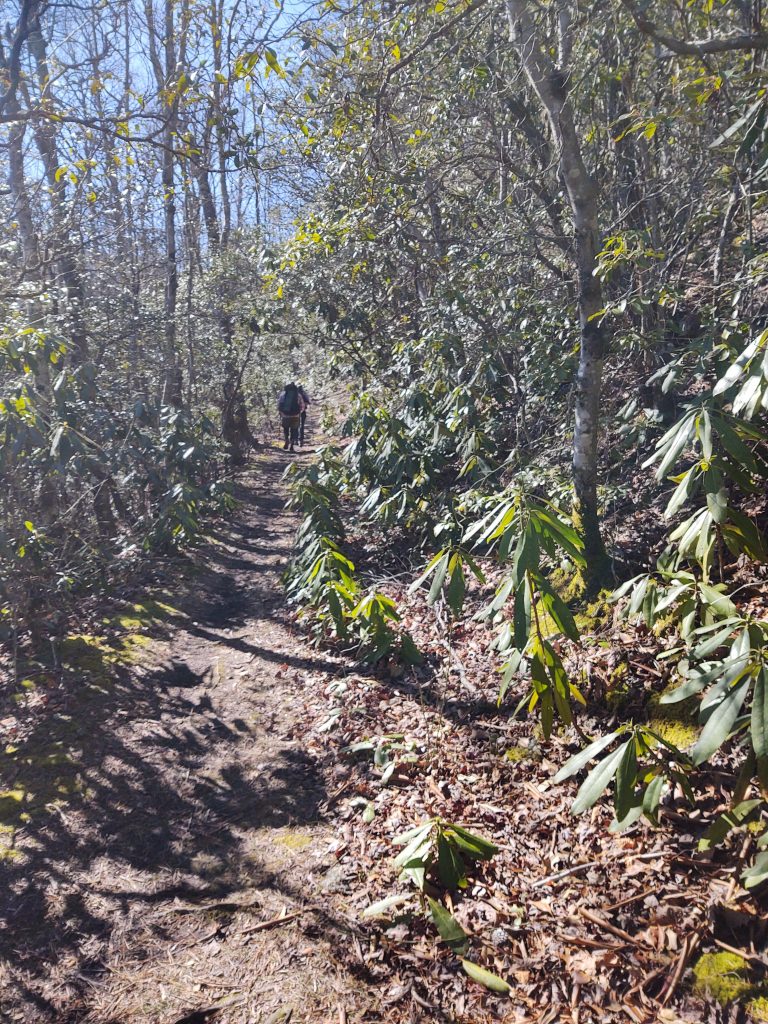 We hiked back out the same way and got in some decent mileage for the weekend.

It was really great to be out on the one good weather day in the past week. I would like to thank Martin and Grady for dusting off their boots. Of course we were the guests of Jimmy Dean and Kelsie is always good company.

I would also like to thank everyone who took the time to make a comment on last week’s post. Particularly Dana and KT. I don’t know about you but  I’ve slept a lot better knowing that competency and not treason occupies the Oval Office. I don’t have to worry about how someone is selling us out to Russia or some other corporate entity. I would also like to mention something about the acts of sedition that occurred at the Capitol. And I’m going to make another prediction. You’re going to find out that Russia was involved in this as with many other of our former Commander’s misdeeds. In 4 years of White House occupancy, Donald Trump never once criticized Vladimir Putin. There’s going to be an impeachment trial.  And he will be exonerated by Senate Republicans. Because they’re afraid of his base. Which is, by definition, cowardice.

But remember that the president of the United States incited  a mob to charge the capital which resulted in the deaths of policemen and others. They were trying to kidnap and hang elected officials, one of which was their own vice president. A lot of people are okay with that because they’re Trump supporters. Could you imagine if Obama had done anything remotely similar? The stunning hypocrisy is on full display here. I don’t care what your political stripes are, everyone should stand against sedition. And that’s what I’m doing. Because it is our duty.  If my political views offend you, please accept my apology. But you have a choice whether or not to read my words. The capital policeman did not have a choice. And if Trump had his way in overthrowing a fair election like the tin pot dictator he is, then we wouldn’t have a choice right now. It almost  happened right here in the United States. Liberty is fragile and takes fighting. People gave their lives so we could have fair elections and I will not stand idly by while a bunch of traitors steal that from us. Email your senators and let them know what you think.